Franklin Sirmans: ‘You should be able to smell, hear and taste New Orleans’

Franklin Sirmans: ‘You should be able to smell, hear and taste New Orleans’

Franklin Sirmans, artistic director of the New Orleans biennial Prospect.3: Notes for Now, on the books and films that influenced his choices, and moving on from being a post-Hurricane Katrina show

Read the review of Prospect.3 Notes for Now

Lilly Wei: You’ve credited Walker Percy’s award-winning 1961 novel, the Moviegoer, as the structuring element for Notes for Now, as the heart of this exhibition. Could you tell me more specifically how you used it?

Franklin Sirmans: In two ways. First, it was the evocation of the city through his work, which is essentially an evocation achieved through art and, second, it is almost like a map of the city, which became a real, physical space and not just an imaginary one. I was thinking in that way because I was thinking about invisible cities, about Italo Calvino’s novel, and also about a poem in the catalogue by a young New Orleans poet, Rickey Laurentiis, called Visible City, which said that the city was not just an idea but also “brick and spit”. Those two things located the biennial squarely here in ways that were physical, historical and cultural, so it wasn’t just me applying these things to a place arbitrarily, especially since I’m aware that I’m an outsider, unlike Dan [Cameron, the founder of the Prospect biennials], who has had a long and special relationship to New Orleans.

LW: Did it help you select your sites?

FS: It helped me to understand the city’s geography in a broad way and also from outside in, inside out. It provided a way in.

LW: You said, if “you can’t smell, hear and taste” New Orleans at Prospect.3, then you are not experiencing the exhibition fully.

FS: Yes, even though the show’s internationalism is very important, I want us to remember where we are.

LW: Were there specific artists who anchored this exhibition?

FS: Yes, Paul Gauguin, Tarsila do Amaral, Jean-Michel Basquiat and Alma Thomas and the conversation between those four about real, imaginary, abstract and cultural space. That helped me to conceive the installation, so when I walk into the CACNO, I’m conscious of Lucia Koch’s colour compositions in one corner, then next to them, Lucien Smith’s paintings, which make me think of science, indexes, and also 18th-century romanticism. Then there are Theaster Gates’s abstractions, which are abstractions but with a big thing to say, one made of tar, another of fire hoses.

LW: You also mentioned Robert Farris Thompson [professor of art history at Yale University] and his book, Flash of the Spirit: African and Afro-american Art and Philosophy.

FS: Yes. The Basquiat show, Basquiat and the Bayou, is totally specific to Flash of the Spirit and conversations with Thompson. Basquiat was supposed to be just one artist in the show among other artists, but Brooke [Davis Anderson, executive director of the biennial] and William Pittman Andrews, the director of the Ogden where the show is, suggested I take it further so it became a show within a show with its own catalogue. And Thompson wrote an essay for it. But there were others who were also pivotal, as well as a few books that have been important to me for years: James Baldwin’s Another Country, Things Fall Apart by Chinua Achebe, The Unbearable Lightness of Being by Milan Kundera and Zadie Smith’s White Teeth and Calvino’s Invisible Cities, which I mentioned earlier.

LW: Would you compare Notes for Now to other exhibitions you have curated?

FS: That’s hard to do because I couldn’t have done this show without Ylva Rouse, the biennial’s deputy director for curatorial affairs, and others, but there are connections to NeoHooDoo, a show I did in 2008, which was about ritual and spirituality in contemporary art and was partially inspired by New Orleans.

LW: Is this the largest show you have curated?

FS: Yes, so I haven’t any real comparisons with my previous shows. I looked at projects such as Dan’s 2003 Istanbul Biennial, Okwui Enwezor’s Documenta 11, Carolyn Christov-Bakargiev’s Documenta 13, and the São Paulo biennale from 1998.

LW: How would you compare it to past Prospect editions?

FS: While I talked to Dan every few weeks in the beginning, eventually it came to a place where this exhibition stepped away from its original mission, from being a post-Hurricane Katrina show. That’s the major difference. Also, none of the artists is the same and it’s a little bit more institutional, with more artists showing in NOMA, the CACNO, the Ogden and art venues near them. What I consider the focal points of the biennial are in the institutions, in dialogue with their collections rather than concentrating on large-scale, outdoor sculptures – although there are some.

LW: Is there one artist who might be emblematic of the show?

FS: We are so image-driven so what jumps to mind might be Strachan’s piece; it’s all over social media. His very simple message, “You belong here,” represents a lot. It’s all about context. I saw the same phrase in Chicago two months ago at the fair. But then you see it here 27 feet high and 120 feet long on a barge in the middle of the Mississippi in pink neon – that’s something entirely different. And that idea, that sense of belonging or not belonging, is very important to the conversation. But I could go on: Huguette Caland; Carrie Mae Weems. And Theaster Gates. He did so much in conjunction with this exhibition that you’ll never see, such as starting an entrepreneurial programme with a taxi driver union to help people who don’t have the means to start their own businesses and this will continue after the show is gone. Then there’s Glenn Kaino’s amazing aquarium piece, Zink Yi’s video installation, which uses music as a tool to communicate, and Yun-Fei Ji’s amazing scroll.

LW: Would you link the videos and films in the show to the Moviegoer’s protagonist, Binx Bolling, who went to movies to escape the malaise of his existence?

FS: I’m interested in our relationship to the screen and that technology. We can make movies all over the world with very little money and they are easily distributed. I’m interested in their international nature, in the kinds of conversations they generate, in their search. Binx asked, in the book, What is the nature of the search? And he answers it by saying it’s very simple and what anyone would recognise if he could get out of the everydayness of his life. He also said: “To become aware of the possibility of the search is to be on to something.” 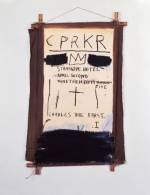 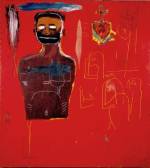 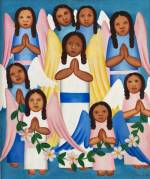 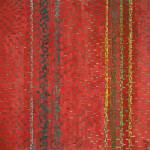 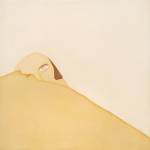 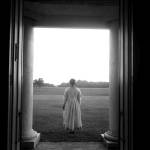 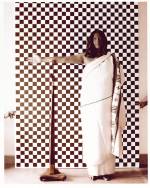 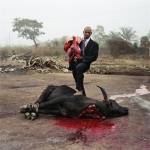 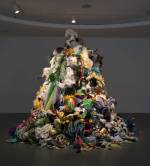