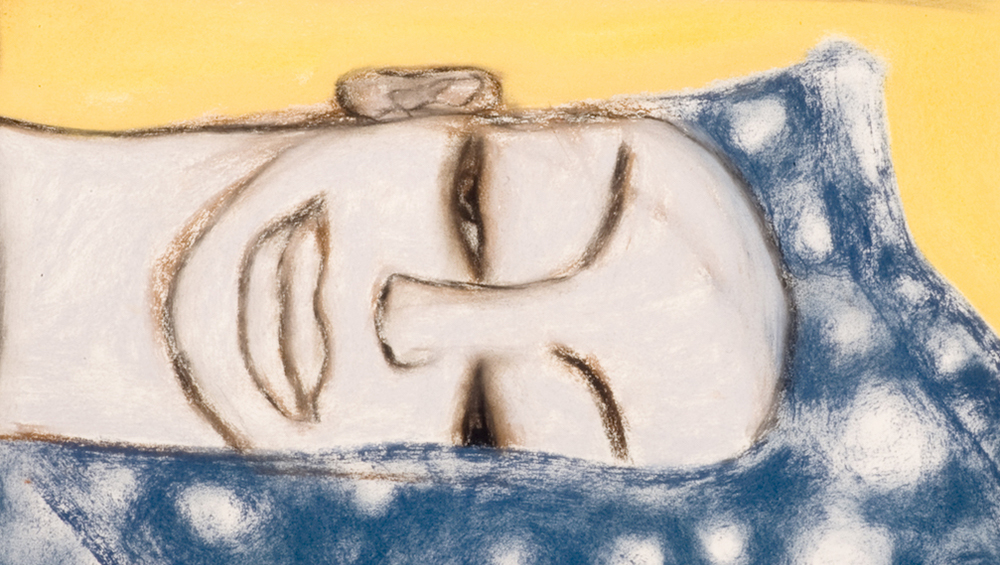 The art of Francesco Clemente (b1952) is laden with objects that appear to be symbols. The Italian artist’s exhibition at Lévy Gorvy, London, which comprises 46 pastels drawn between 1981 and 2019, is sprinkled with eyes and skulls, hearts and arrows, wombs and celestial bodies. The contorted nude in Drawings for Geography, North (1992) has eyes on her face, hands, feet and genitals. Another nude, in Drawings for Geography, South (1992), holds a lump of earth from which a tiny plant sprouts. Clemente’s pastels seem to hint at knowledge beyond the rational, at a mystical, even spiritual wisdom. Yet, contemplating them, you would be hard-pressed to divine what these secrets might be and what the symbols stand for.

Are these symbols merely empty, or do they retain a significance available only to their artist? And, if empty, does it matter? These are some of the questions that hang over an appreciation of Clemente’s work. Are they to be enjoyed as arcane puzzles, slowly yielding up hidden meaning, or as intuitive images that plunder the iconography of folklore and religion for purely aesthetic reasons? There is reason to think that Clemente is on the latter course. “I work best on commission,” he said in a 2018 interview with Vulture. “I work best when the situation is the opposite of when someone says: ‘Do whatever you want.’” 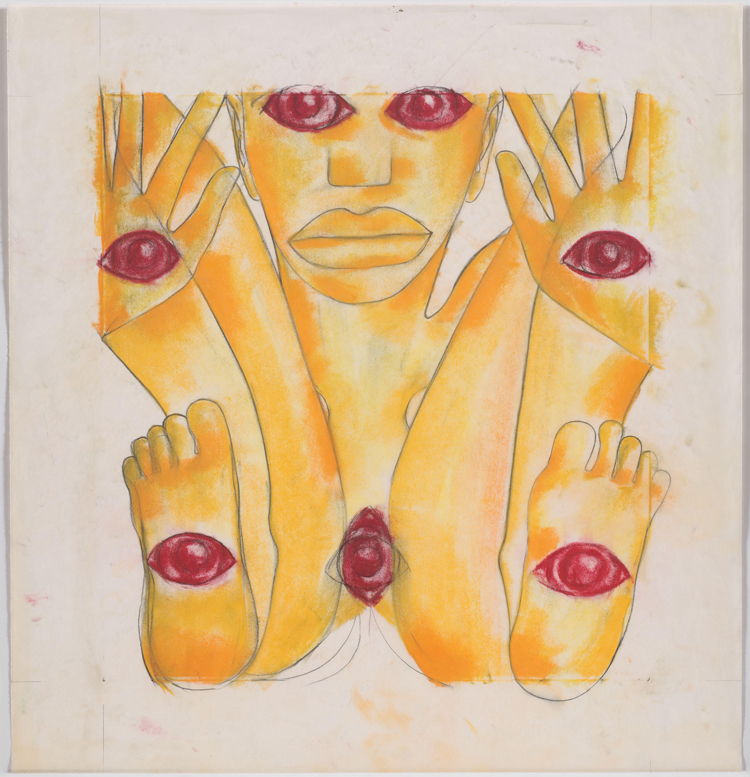 This applied ethos, sublimating the modern idea of the artist as sole motivator of his own work – “My job is not to want,” he continues, “My job is to be” – would seem to stand in contrast with the aims of the group in which Clemente was originally categorised. Transavantguardia (beyond the avant garde, a term coined by curator Achille Bonito Oliva) is the Italian flank of neo-expressionism, a loosely associated tendency that fuelled the early 1980s art-market boom. Reacting against the avant garde’s constant quest for newness, and the increasingly dominant conceptual art, the neo-expressionists sought to revive the expressive figurative painting of the early 20th century, albeit in a form adapted for the present day. The transavantguardia, in particular, tended to draw on themes from mythology, fusing them with personal meaning.

In contrast to the more tightly woven theories of conceptualism, however, Clemente does not appear constricted by a single artistic ideology. This is visible in his friendships across the decades with a disparate roster of practitioners. In the 70s, while studying architecture in Rome, he befriended the older artists Alighiero Boetti and Cy Twombly. He travelled to Afghanistan with the former, one of several trips to Asia. For several years, he ran a studio in Chennai and worked with local miniature artists. Although there is no work from this period at Lévy Gorvy, Clemente’s gleaming colours bears the traces of this melange of influence. Two delicate pastels entitled Mughal Dream I & II (1997) extrapolate plants from the Mughal-era miniature tradition. 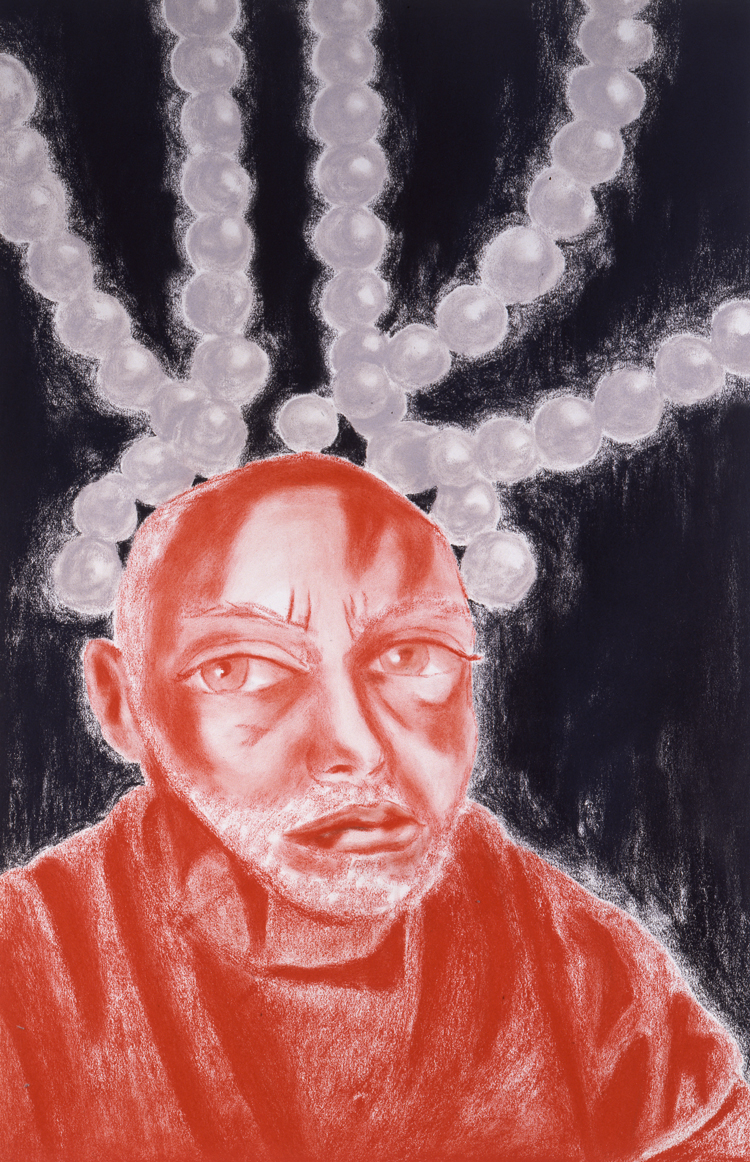 Moving to New York in 1982, he quickly began collaborating with Jean-Michel Basquiat and Andy Warhol, until the pair cut him out to work on the screenprints conventionally regarded as a low point in both artists’ careers. Clemente has also kept the company of poets, especially those on overlap between high culture and counterculture; the exhibition at Lévy Gorvy contains depictions of Allen Ginsberg, Michael McClure and Rene Ricard. One piece from 1996 pairs a crossed-legged, meditative Ginsberg with Clemente’s disembodied head and hands, beneath an inscription from one of Ginsberg’s poems. The artist appears in the guise of a devotee responding to the wisdom of his guru.

There is not much easily discoverable wisdom in Clemente’s pastels, which are at their most enjoyable when at their most whimsical. Desire (2003) shows two nigh-identical dogs beneath the objects of their yearning, the moon and a bone. In Night (1994), from the Ex Libris Chenonceau series, a pitch-black moth tickles the ear of a cartoonish human face, whose outline of a mouth yowls in alarm. A pair of Self-Portraits in White, Red and Black (2008) show Clemente sprouting unconventional headgear, in one the antlers of a stag and in the other strings of pearls. Whatever these mean, it is enjoyable to watch Clemente playing around.

The same could be said of much of this show, which fuses René Magritte-lite surrealism with an instinctual, ultra-simplified style. Leaves sprout from skulls, an eggshell-blue head rests on a pillow of stars, and a man is trapped in a pile of keys. When Clemente leans more towards the representation of reality, as with a set of portraits from his 1993 series New York Muses, he draws on the respectful solemnity of Ancient Greek statuary. His straight-laced depiction of Michael McClure (1994), with its defined facial musculature, indicates the naivety of his more dreamlike works as a conscious choice.

Clemente’s work has long embraced a sort of unbounded sensuality, which, at its best, taps into cyclic ideas around life and death, confronting those who prudishly disavow the centrality of the reproductive act. Wombs litter Lévy Gorvy, as do female and male genitalia. There are occasions, however, where Clemente tilts towards the uncomfortably lustful. One work has a seaweed-green humanoid with a throbbing erection, standing before a distinctly vaginal shell emanating a rosy glow. Another shows the vagina as the gateway to a blue sky, in a variant on the misogynist notions of female genitals as a void.

These works feel a little as if they are wearing a silk dressing gown, cigar in one hand, a whisky in the other, reciting pseudo-philosophical twaddle in an attempt to conceal their base intentions. But for each example of overt voyeurism – one pastel, Alchemy (2003), shows a penis and a vagina behind empty key slots, which form peepholes – there are instances, such as his trio in tribute to Jean Genet’s classic film of homoeroticism, Un Chant d’Amour (all 2015-19), where sexual acts are depicted as open, equal and affectionate. Such contradictions are all over this exhibition, and whether they fascinate or frustrate will be a matter for the individual beholder. 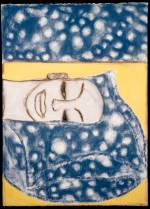 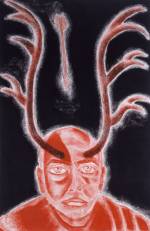 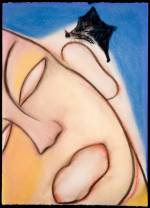