Fantastical notions and their strange connections

Fantastical notions and their strange connections

At first glance the works of Paul Etienne Lincoln might be late 18th-century diagrams of eccentric inventions. The exquisitely fashioned poster-size prints of fine crisp line and block colour, entice the viewer closer, fascinating us to discover the various information (narrative text, musical scores, and diagrams). Lincoln puts us to work; charming us into researching his extraordinary world, yet we are frequently left wondering what on earth it is we are looking at.

These lavish images examining such diverse subjects as – the results of extreme atmospheric pressure (Hyperbaric-Hypobaric 2007-2008) via a number of diving suites, a film entitled Undines Curse (2007) with a Hyperbaric chamber, a stuffed singing canary, and a musical score by Monteverdi, and – an “homage to the Piedmontese city of Turin”, celebrating the aperitif Punt e Mes (Sinfonia Torinese 2004), in which an automatic Racca piano plays a score from Giovanni Pastrone’s 1914 silent movie Cabiria, to the accompaniment of a collection of stuffed migratory birds with whistles in their beaks.1 Taxidermy and music are frequent components of these works, so archival in their density they often totter on the brink of inaccessibility. In fact (and truth is a moot point in this exhibition) these images are proposals for works to be constructed by Lincoln. Some have been or are soon to be conjured into the world; others remain composites of fantastical notions and their strange connections. Lincoln’s world, mysterious as David Lynch2, and his meticulous engineering, accurate as Brunel3 with a pinch of W. Heath Robinson (1972–1944)4 and a nod to Buckminster Fuller5, fashions in the best English eccentric tradition, a creator both bonkers, and startlingly brilliant.

The Journal of the London Institute of Pataphysics has devoted its current volume to Lincoln’s work as a catalogue accompanying this exhibition. South London Gallery’s Sangeeta Sathe explained that Pataphysics “is a faux science”, while in the journal’s introduction Alistair Brotchie explains that Alfred Jarry’s French text Faustroll is ambiguous in that it could be translated as reading “Pataphysics is science” or “Pataphysics is the science”.6 As Jarry points out “ambiguity is never far [even] from this sciences most authentic manifestations ... Pataphysics and play or games ... are undoubtedly closely linked”. Although Lincoln’s work does not have us rolling in the aisles, it does evoke a good many chuckles and a suspicion that while Lincoln’s complicated concepts and exquisite contraptions are precisely engineered, his elegant tongue is quite firmly in his cheek.

Despite the fact that Lincoln’s sensibility and Victorian aesthetic may better have suited the company of Faraday and Darwin rather than James Wales or Berners Lee7 (no hint of the digital revolution ventures near Lincoln’s work); Lincoln’s research and constructions do address pertinent and important contemporary issues.

In Panhard Special 1976–1984 Lincoln responding to the first oil crisis and “combining principles from both early aviation and automobile design in a single machine”8 invented a virtual pollution free combustion engine. Lincoln’s film The velocity of thought (shot on the roof of the Fiat factory in Turin where the 1969 version of the film The Italian Job was also filmed), physicalises his speedy conceptual process.9 Lincoln modified his Panhard Special Levassor engine “to operate on a combination of Nitrous oxide (Laughing gas), liquid propane and linseed oil”, and designed a driving suit comprised of “microbore tubing sewn into an inner fitted waistcoat”, this plugs “into a vale in the cockpit, allowing the driver to control the airflow from the engine to adjust his body temperature”.10 Would that such mavericks were commissioned by governments to solve society’s problems , at least in these times of cuts and recession, we can take solace in the knowledge that ingenious creators the likes of Lincoln, will continue to invent their solutions, whatever condition we are in.

8. Paul Etienne Lincoln, An Observatory of Collected Cicerones, The Journal of the London Institute of Pataphysics, page11.

9. Conversely the writer Rebecca Solnit holds that walking – rather than driving, is the natural pace of thinking.  Rebecca Solnit, Wanderlust: A History of Walking, New York: Viking, 2000. 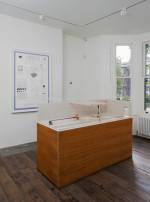 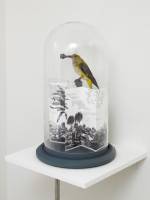 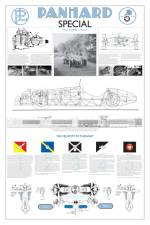