Fabric of Vision: Dress and Drapery in Painting

Fabric of Vision: Dress and Drapery in Painting

Over the summer the National Gallery, London showed Fabric of Vision: Dress and Drapery in Painting, an exhibition that looked at the way artists from the Renaissance to the early 20th century artists depicted dress and drapery

The exhibition was curated by art historian, critic and historian of dress, Anne Hollander. It was divided into nine sections. The first Nude and Mode, shows the way in which the female nude in art has been linked to fashion. 'The nude woman in art has looked her best to the contemporary eye when she seemed to be wearing the ghost of an absent dress.'

Cloth of Honour: Throughout Europe in the 14th and 15th centuries, artists represented drapery with lifelike realism, as never before. Capturing action and movement, paintings of this period became more sculptural and dynamic.

Liberated draperies: In 16th century Italy, artists used clothing and drapery as an expressive means. 'Artists stopped being faithful to the way actual cloth behaved, and began to use painted folds for expressive or allusive drama.' Draped fabrics defied the laws of physics and the constraints of tailoring. Metres of fabric were used in excess of normal garments to create images that were natural in painterly terms if impossible in real ones.

Sensuality: Baroque painters used fabric against bare flesh to expose and caress the subject. They showed 'turbulent draperies creating an atmosphere of violence around a half-exposed figure, to infuse tragic or dramatic circumstances with sensual power'.

High artifice: Drapery was firmly established as a standard pictorial device: theatrical use in history paintings established staged scenes. Portraits too, were often staged in fancy dress. Difficult fabrics, lace, and satin, for example, were taken on to prove the artist's ability.

Restraint and display: The very different schemes of dress for men and women became more pronounced in the 19th century. Men were shown in dark colours, as mere shadows, where women were portrayed as more flamboyant and expansive. Where a man might be portrayed as an architectural form or simple shape, a woman was portrayed closer to nature, perhaps resembling a flower or a bird.

Woman as dress: The exhibition shows women in the late 19th century portrayed by certain painters in a world of their own. Clothing is used to create an image of a woman as separate and able to exist independently. 'In all such images, there is no suggestion that the public finery is oppressive. We are meant to understand that this dress is her true body, the expression of true self. The pictures offer the idea that fashionable clothing, far from being uncomfortable, is what makes women feel most natural.'

The final section, the early 20th century, Form and Feeling, shows that painters used painted form 'as a means of expression in figurative pictures. The outline, surface and action of clothes appear as vivid arrangements of shape, line and colour that generate their own emotive power outside the frame'.

The selection of works was superbly made; the exhibition a cameo of the National Gallery's vast collection. 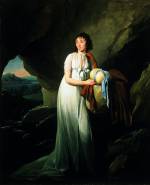 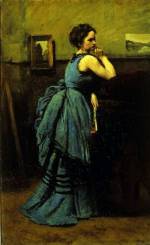 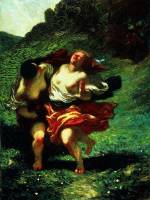 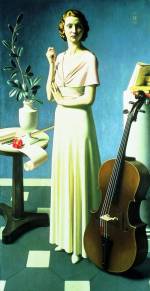 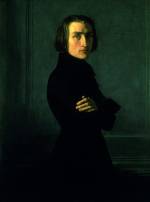 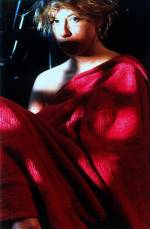 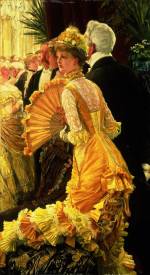