Fourteen years after Derek Jarman's death, this exhibition, together with a season of films at three cinemas across London, focuses attention on an artist whose passionate avowal of politics, sensuality, experimentation and vision makes his work as relevant now as it was throughout the 70s, 80s and early 90s.

Curated by Isaac Julien, Jarman's friend and collaborator, the exhibition proves that he should be remembered not only as a filmmaker. The first room presents three of his large 'Bed' pieces, wall-mounted mattresses painted in tar, covered in feathers or tar-soaked clothes, and incorporating photos and pages from books (such as a passage from Plato's Symposium on the varieties of sexual preference). These mattresses formed part of a 1989 exhibition in Glasgow's Third Eye Centre, and in Julien's opinion relate to Jarman's determination to enjoy, 'Both the sensuous present reality and the history of European culture',1 with the curator seeing them as quoting a range of artists from Anselm Kiefer to Francis Bacon. If a Baconian anger can be read into these works, its full flow is unmistakeable in the late paintings such as 'Fuck Me Blind' and 'Dead Angels'(1992), with their photocopies of homophobic tabloid headlines effaced with red or black paint, and foot-high words scratched into the paint's surface. Elsewhere, his smaller tar paintings, some of which are on public display for the first time, constitute fine memento mori in a gothic mode, with their thick, glossy layers of tar trapping smashed glass, dried flowers, a broken ship-in-a-bottle or a crucifix. 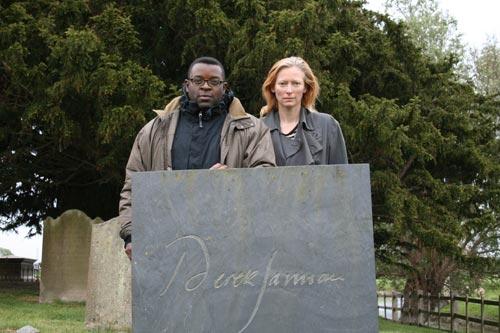 Whilst the interplay between text and image in these paintings indicates the ground they share with film, Julien's own lightbox photographs document another, hugely popular aspect of Jarman's oeuvre: the garden he created over the last years of his life around Prospect Cottage, on the stony beach at Dungeness. Although the house itself is closed to the public, 250,000 of whom visit each year, Julien's camera takes us inside, showing us what he calls the 'mise en scène'2 of Jarman's found objects. Such a description again links the gardening and sculpture to film and theatre, suggesting an artist whose vision ranged with interest across many fields.

The breadth and intensity of that vision comes across in one of the centrepieces of this exhibition, a new two-hour documentary entitled Derek. Like so many of Jarman's own projects, this film is a collaboration, made by Julien but with important contributions from Tilda Swinton and Colin MacCabe amongst others. The narrative thrust of the film is provided by an interview MacCabe recorded in 1990, in which Jarman, sat in a light-filled room in Prospect Cottage, talks about his life and work. We get a roughly chronological story, from unhappy schooldays to art-school life in London in the 60s and a revelatory trip to New York, to discussions of punk and gay lib and the making of seminal films from 'Sebastiane'(1976) to 'Edward II' (1991). The documentary makes an interesting introduction to the films and their social contexts, even if the footage of strikes and punks (if not yet men in thongs and cowboy hats) has been thoroughly mined by nostalgic re-imaginings of these years from 'Billy Elliot' (2000) to 'Life on Mars' (2006). In her catalogue essay, the curator and writer Chrissie Iles writes that in such an 'ersatz, rose-tinted environment', Jarman's 'uncompromising approach' becomes newly imperative.3 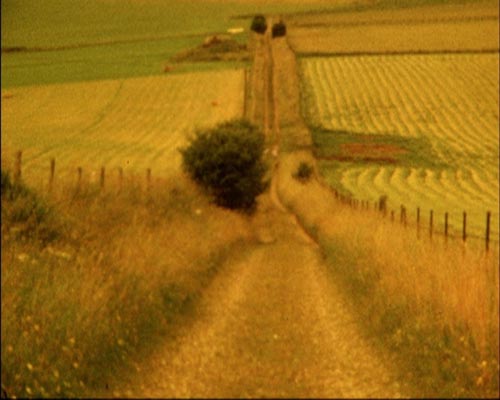 Intercut with this documentary archive are shots of Jarman's friend and co-conspirator Tilda Swinton walking through present-day London and narrating, in voiceover, extracts from a letter she wrote the artist after his death. This voiceover adds a personal dimension to the film, and although it would be easy to criticise it for its occasional surfeit of piety, Swinton's monologue provides moments of real insight into the appeal of Jarman's work, identifying the 'whiff of the school play', the 'loose corner' that enables an audience to 'prise up the carpet and uncover the rich slates of something we might recognise as real spirit underneath'.4

The second of three film rooms contains Julien's selection of Jarman's shorts made on Super 8, a medium in which he continued to work throughout his life. Many screens of different sizes are hung around the room, and the films play in changing constellations of grainy colour. The installation 'It Happened By Chance Redux' was inspired by Jarman's 'It Happened By Chance', a live three-screen projection of out-takes from his Super-8 films shown at the ICA and Hayward Gallery in the late 70s. It is a shame that this room acts as something of a corridor between the two longer films in this exhibition, because moments of Jarmanesque glory emerge, such as 'Jordan's Dance' (1977), in which the eponymous punk muse, dressed in a tutu, spins around a bonfire burning the Union Jack. 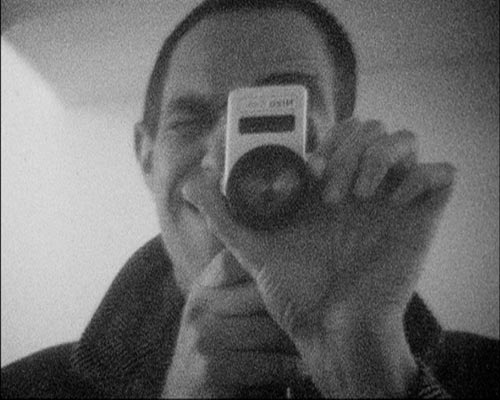 The last film in the exhibition is 'Blue' (1993), Jarman's final screen testament. A film without images, it immerses the viewer in a field of blue light, as the narration describes in totally unsentimental terms Jarman's life with, and impending death from AIDS. Even at this late hour, with lesions in the retina, incipient blindness and a fridge full of drugs, there is room, and more need than ever, for humour, poetry and fantasy. As the screen seems to pulse in its unchanging blueness, Simon Fisher-Turner's soundtrack - gongs, Berlin techno, footsteps walking on a windswept pebble beach - transports us through the daydreams and reflections of a dying man. 'Kiss me again / Kiss me / Kiss me again / And again': the sensual urgency and sheer longing could be Catullus. The ending is a beautifully pitched meditation on Eros, Thanatos and life's swift passing:

I place a delphinium, Blue, upon your grave.

The exhibition is timed to coincide with the launch of the Jarman Award for artist film-makers, the broadcast of Julien's 'Derek' on More4 and a season of films at Picturehouse cinemas across London. 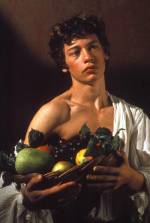