(including Contemporary Australian Drawing #5 and
A Global Audit: Drawing Everywhere)

Florence was the venue for the third of the Crossing the Line conferences, which explore the role of the artist in society. It also included two exhibitions, one of contemporary Australian drawing and another of drawings gathered from around the world

As part of a programme exploring drawing’s pivotal role in the definition of self and in societies in flux,1 Crossing the Line 3: Global Drawing, held last month in Florence, followedCrossing the Line 2: Drawing in the Middle East, which took place in Dubai in September 2014. Both conferences were organised by Irene Barberis, director and founder of the Global Centre for Drawing in Melbourne.

In our global culture, communications have advanced at an extraordinary rate over the past century, and particularly electronic communications in the past decade. The Crossing the Line conferences have offered an opportunity to explore and interpret the role of contemporary artists in a complex society where accepted values continue to be challenged. Drawing has always existed in all cultures as a fundamental form of expression, and mark-making is pivotal to human existence, as the inspiring paper Drawing and Human Development, delivered in Florence by eminent neuroscientist and anthropologist Elvira Souza Lima, revealed.

Speakers at the conference also included the founder and director of the Rome Art Programme, Carole Robb from New York, and Joe Graham from the UK, who presented his recent collaborative project and publication, Anchor: a drawing research project on the phenomenology of the “outline”. Artists Lab Talks included Stefan Messam of Zayed University, Dubai, Hedy Ritterman and Liliana Barbieri from Australia, and Catja de Haas from the UK, and there were drawing classes, led by Barberis and Pakistani-born artist Saba Qizilbash from Dubai.

The conference, held at Studio Arts Centers International (SACI) in Firenze, also presented two exhibitions, Contemporary Australian Drawing #5 and the first showing of A Global Audit: Drawing Everywhere. The definition of personal identity through art practice can be seen to have  great personal and artistic value with positive societal ramifications.

The Contemporary Australian Drawing exhibitions, or CAD 1-5 as they are known, originally comprised works from 35 artists at the RMIT Gallery in Melbourne for the Drawing Out conference in 2010. CAD 2 presented the work of more than 80 of Australia’s established artists at the University of the Arts London (Drawing Out, 2012), the majority of whom were included in the book Contemporary Australian Drawing.2 Artists were invited to respond to two statements by French writers Michel Butor and Serge Tisseron, that “All writing is drawing” and “The space of writing, what is that?”3,4 They could work in any way they chose on specially supplied uniform scale and weight paper. “The works were then packaged into a cloth box and transported to London in a suitcase. The mobility and transcontinental ‘edge’ of all the CAD exhibitions is part of their appeal, and the fact that each iteration takes on a new artist remit.” CAD 3 (2012) was at Langford 120 in Melbourne, CAD 4 (88 artists by now) at the New York Studio School in 2013, where further artists were asked to respond to the notion of drawing as a means of “Reading the Space”.

When I asked Barberis how she might describe the notion of “space” in this context, she said: “We carry this space around with us, not knowing what the spatial dimensions of it are, or the actual location of it. However, we do know that it seems to be able to incorporate anything – including, dreams, visions, invented logics and its own silence. All forms of utopianism are possible here.”

She explained: “My intention through generating international work over the past decade was to expand the possibilities of cohesive collaboration through drawing, one of the outcomes being the development of drawing programmes as a link between the University of the Arts London and RMIT. Drawing here is perceived to be a conduit for open dialogue across cultures, one that transcends differences and is expressed through a similar language (the language of the mark). The Drawing Space, Melbourne, was later transformed into the International Centre for Drawing, a collaboration between Professor Stephen Farthing (UAL) and myself (Metasenta and RMIT), using drawing as a link to the wider network of artists and institutions in Australia and the UK. This has now become the Global Centre for Drawing that generates multiple platforms and opportunities for artists globally.”

CAD #5 is a “facsimile” exhibition and includes a new component, that of spatial drawing“Kinaesthesia and notation: the body in relation to the mark”. Nine new artists have been added for CAD #5, among them Micky Allen, Anne Scott Wilson, Helen Grogan, best known for her performative photographic artworks, Susan Wald, Aher Bilu and Ritterman, who uses the camera as an extension of the body in space to explore Jewish memory. A large-scale installation to memorialise her husband’s life, was the subject of Ritterman’s artist’s talk at Crossing the Line 3 in Florence. Susan Wald’s painting is both intense and impressive. Her monoprint for CAD #5 manages to convey on a small scale a sense of loss and alienation. The Israeli-born artist Asher Bilu shows the exploratory nature of his art practice, and after 60 years as an artist, his work is mesmerising, influenced in part perhaps by his early work as a set designer.

The works that stand out from those shown in CAD 1 include Victor Majzner’s elegant watercolour, Ken Done’s Letter from the Beach, in which his lexicon of notational forms resembles a musical score, a written letter using pictograms that have evolved from perceptual drawing over 65 years, and the iconic photography of Sydney sunbathers by Max Dupain. In addition, Helen Maudsley, now in her 80s, continues to produce finely constructed elegant drawings such as A Point; that’s driven by a Mind; that makes a Thought. Before his untimely death in 2010, Adrian Page made exquisitely detailed images, such as Genesis 7/Genesis 15. Also on display are works by Philip Hunter, who captures the ephemeral nature of weather and moments suspended in time; Sarah Duyshart, who has just been awarded the 2016 Anne and Gordon Samstag International Visual Arts Scholarships, and Peter Ellis.

SACI, which is just minutes from the Duomo and the Mercato Centrale in Florence, was a perfect venue, to which the dean, David Davidson, welcomed conference attendees from all over the world. It seemed a fitting place for the first showing of the A Global Audit: Drawing Everywhere, a project conceived in 2010 by Barberis and Farthing. The audit is in the process of gathering and exhibiting drawings from every region of the world; works art students and emerging artists from six locations so far (universities, art schools and arts organisations) through regional “editors/curators” who themselves produce a contemporary artwork and select an historical piece from their own region. The first group exhibition at SACI included works from: Zayed University in Dubai and the American University in Dubai, Brazil, Hong Kong and Virginia, USA. The international research centre Metasenta built the original global database of art schools, universities and arts organisations from which the audit is orchestrated, and which will gather momentum over the next five years to include upwards of 100 universities.

Barberis says: “In essence, drawing is a cultural lens through which to view the social, political and economic forces of globalisation, and is a critical cultural conduit for exposing the transformation of meanings and experience in contemporary interculturalism. Through writing and drawing, an exposé of these networks of transactions and knowledge flows, is triggered by collisions and meetings. In doing so, it develops an organically growing and poetic tectonic.”

For the Global Audit project, students and emerging artists are asked to respond to the statement by Barberis: “Our senses have been used for accessing and assessing peculiarities of our location (light, touch, smell, taste, sound and movement), but through the internet we have an enhanced sensory experience of the visual and audible only. A full experience of virtual reality is still limited. In saying this, we are, however, able to zoom so far into a site that one can, for instance, see the reflection on a dewdrop on a giant lizard’s scale, or zoom out into the cosmos to an array of deep-space fields, or even watch the REM movements of the human eye and the burst of neurons in the brain that follows them.”

The selection of works that employs an expanded definition of drawing will be exhibited in a wide range of locations, including Australia, Florence, Dubai, Moscow, Hong Kong, and Iceland, and subsequently filed for a final publication and website. 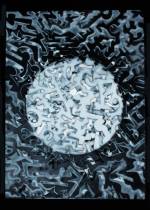 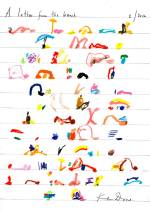 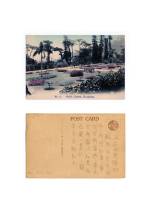