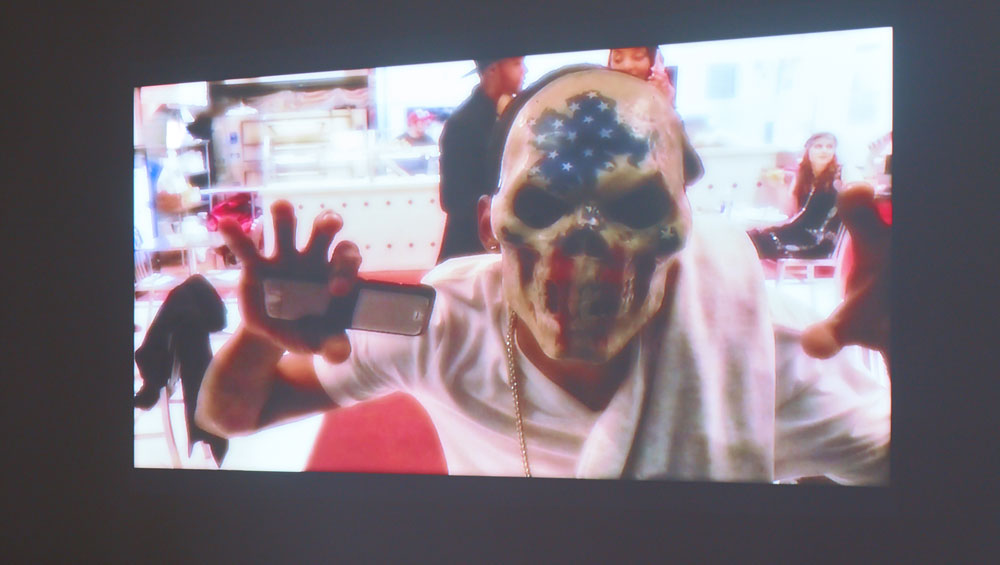 Blowing up sheds, running over household items with steamrollers, dissolving guns into powder: Cornelia Parker (b1956) is an artist who blends alchemical transformation with Dadaist absurdity. Her work often centres on the way violent actions create new forms.

Now, two years after a career retrospective at the Whitworth Art Gallery, Manchester, Parker has returned to Frith Street Gallery – her base since the mid-90s – with an exhibition of new and recent works. Stretching across the organisation’s main premises on Golden Square and its smaller townhouse off Soho Square, the untitled show feels set up to be a triumphant return to the gallery world after a few years focused on large-scale installations for the British Library, St Pancras station and New York’s Metropolitan Museum of Art.

This is not quite the case. Galvanised by recent events in Britain, America and the Middle East, Parker has thrown down her gauntlet in the political arena. This is not to say that she has avoided societal issues in the past. It is difficult to see Breathless (2001), an installation at the Victoria and Albert Museum comprising brass instruments flattened by a 22-tonne weight from Tower Bridge’s hydraulic lifting system, without thinking of the crushing of Britain’s working-class musical traditions. From above, the instruments are polished and slick; from below, they show a tarnished underbelly, underscoring the difference between the country’s ostensible economic success and the less rosy reality.

It is uncharacteristic of Parker, however, to directly address politics, and on the evidence of this exhibition’s centrepiece, American Gothic (2017), perhaps this has been for the best. A set of four video projections in the main space of the Golden Square gallery, it is a byproduct of the artist’s installation Transitional Object: Psychobarn (2016), commissioned for the roof of the Met, New York. While visiting the city last October for Psychobarn’s closing party, Parker and her husband stumbled on the aftermath of the city’s annual Halloween parade. Armed with only their iPhone cameras, they recorded the costumed revellers, many dressed as figures from US popular culture.

This footage has been slowed down, given a woozy ambient soundtrack, and blown up on to three blurry projections. Facing them, on a slightly smaller canvas, is video footage of a pro-Donald Trump demonstration outside Trump Tower. Parker thus aims to show a sort of last dance for the liberal, inclusive US celebrated by the parade, a friendly monsters’ ball of grotesques counterpoised against the true fiend in the form of Trump and his supporters.

Faced with a cataclysm such as Trump’s rise, it must be tempting for artists to couch their reactions in lucid, easily communicated forms. American Gothic aspires to such clarity, but unfortunately displays anything but. While the gallery makes clear that celebrations and the protests are meant to be seen for their differences, one could easily assume (as did Jonathan Jones in the Guardian) that the piece is a cruel equation of the celebrants with the demonstrators, and that American Gothic is a statement on the monstrousness of America. The enervated and enervating footage – taken after the parade, as ghouls wait for buses and vampires order fast food – encourages this potential mix-up. The slapdash, unhewn nature of the installation, underscored by the lazily chosen title, diminishes its ability to make a coherent political statement. An artist known for scientific research and meticulous process has come undone with a simple improvisation.

The other explicitly political pieces here, the News at (2017) series displayed at both locations, are somewhat more nuanced. Parker has asked primary school children to copy out news headlines on to blackboards. This has twin functions: first, it shows the pernicious way the media can influence people from a young age and, more interestingly, it captures children’s lack of agency in political changes that will affect them. It is a novel idea, somewhat deflated by the tabloid-esque mixed register of stories, which places the horrific (“ISIS death pit”) with the outlandish (“MI5 is bugging my TV”) and spurious (“Battered in Benidorm”). The overall results feel closer to Gilbert and George’s glib, sneering London Pictures (2012) than a coherent statement about the nature of politics and media.

After these disappointments, it is a pleasure to survey less overtly political pieces from Parker’s recent oeuvre at the Soho Square branch. In the basement, the films Made in Bethlehem (2012) and War Machine (2015) show the artist’s proficiency at capturing processes of creation and mutation. The former talks with the craftsmen who manufacture thousands of crowns of thorns for Easter pilgrims to Bethlehem, and draws a potent comparison with the West Bank’s barbed wire without overlabouring the point; the latter, showing the assembly of Britain’s Armistice Day poppies, is a whirring symphony of mechanisation, alluding to the industrialisation of both war and its remembrance.

Above ground, guns feature heavily: there are two Bullet Drawings (2017), created by melting down bullets, drawing them into wire and threading that wire through paper to create mind-boggling abstract patterns; Sawn Up Sawn Off Shotgun (2015), which was sawn off by criminals and sawn up by the police; and Precipitated Gun (2015), a gun dissolved into a reddish powder using acids. By transforming items loaded with violence and disruption into harmless artefacts, Parker deals more obliquely with social ills.

The Frith Street Gallery’s double exhibition showcases a major artist at both her deliberate best and reactive worst. As an example of the pitfalls awaiting talented practitioners who too hastily march into political comment, it is instructive. A few days after it opened, Parker was announced as the official artist of the UK’s forthcoming general election (the first woman to take on the role since it was created in 2001). It is to be hoped that the stipulations of this role will allow Parker to create a more considered statement. 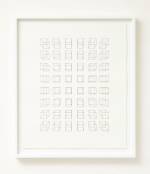