The computer performs various functions which in the broader sense seem to be acts of intelligence, i.e. manipulation of symbols, processing of information, obeying complex rules, even learning by experience. Nevertheless, the computer is not capable of making abstractions, and is devoid of the three prime forces behind creativity— imagination, intuition, and emotion. Despite this, the computer has been making an appearance as a budding artist since about 1960.

'Absolute power will corrupt not only men but machines.' In an article 'Inventing the future' (Encounter, May 1960), Professor Dennis Gabor put forward some of his hopes and fears about the function of the machine in the society of the future. His comment referred to electronic predictors which, having built up a reputation for accuracy, become aware of their infallibility—since they are learning machines— and begin to use their newly discovered power.

So far electronic predictors have not become a reality. However, in the same article Professor Gabor made a very relevant postulation: 'Will the machine,' he wondered, 'cut out the creative artist?' 'I sincerely hope', he continued, 'that machines will never replace the creative artist, but in good conscience I cannot say that they never could.'

The computer performs various functions which in the broader sense seem to be acts of intelligence, i.e. manipulation of symbols, processing of information, obeying complex rules, even learning by experience. Nevertheless, the computer is not capable of making abstractions, and is devoid of the three prime forces behind creativity— imagination, intuition, and emotion. Despite this, the computer has been making an appearance as a budding artist since about 1960. In 1963 the magazine Computers and Automation announced a computer art contest, and this has been held annually ever since. The winning design usually appears on the cover of the magazine's August issue and the runners up are given coverage inside. The designs vary considerably, although they share certain characteristics, i.e. they are only in black and white, there is an emphasis on geometrical shapes, and they are basically linear. As designs, the computer products look bare and minimal and represent little else than the initial stage in what may be a far more challenging adventure in merging (rather than relating) creative activity with technology.

Computer graphics range from static compositions to frames of motion pictures, and could be divided into two main categories : (1) those which approximate to pure design or art; (2) those which are not made with any aesthetic end in view but serve to visualize complex physical phenomena.

At a conference dealing with computers and design held at the University of Waterloo in 1966, two statements were made which might at first seem unnecessarily boastful and heroic: first, 'the computer simply elevates the level of possible creative work', second, 'the computer can handle some elements of creativity now— by current definitions of creativity'. Both these statements were made by scientists, although there exists a considerable scepticism among both scientists and artists about the validity of the various experiments in this area. Others claim that the computer provides the first real possibility of collaboration between artist and scientist, which can only be based on each other's familiarity with both media. The first commercial computer was marketed in 1950. Ten years later the Boeing airplane company coined the term 'computer graphics'. They used graphics for purely utilitarian purposes—they were employed, for instance, to verify the landing accuracy of a plane viewed from the pilot's seat and the runway, and to establish the interaction of range of movements of the pilot in his cockpit environment. To this end Boeing created a 50-percentile pilot and studied him in animation. All drawings and animation were done by computer. Other experiments included visualizing acoustic graphs in perspective and the production of very accurate isometric views of airplanes. There are two main methods at present by which computer graphics are made. In the first place there are the ink drawings produced by a computer-driven plotter. The plotter, a moving pen, conveys the image direct to paper. Drawings can also be made with images composed of different letters or figures printed out on a typewriter which is automatically operated by the computer. In the second category are computer graphics made on a cathode ray tube with an electron beam electrically deflected across the phosphorescent screen to produce the desired picture. A camera photographs the image in various stages, and an electronic console is used to control the picture and to advance the film. Whether the pictures are made for analytical purposes or just for fun, the computer graphic is a visual analogue to a sequence of calculations fed into the computer.

The now 'antique' Sketchpad used for numerous experiments of this type at Massachusetts Institute of Technology since 1962 was one of the first to produce drawings on a cathode ray tube demonstrating the sort of possibilities inherent in the system. One could draw with a light pen on the screen simple patterns consisting of lines and curves. The operator could impose certain constrictions on the patterns he was making by demanding—for instance, by pushing the appropriate button—that the lines be parallel, vertical or straight. At that stage the operator could not demand something as complex as a solution to the following problem: 'These lines represent a piece of structure of a certain thickness and size and with certain cross-section characteristics, made of a particular material and obeying specific physical laws—depict this under a stress of so many pounds per cubic foot.'

Today the process whereby a design is adjusted at any stage of its development is already quite familiar. If the operator alters the design on the cathode ray tube with a light pen, the computer converts the altered design into electronic impulses using them to modify the pre-existing programme held in the computer's memory store. The altered design then appears on another cathode ray tube. This system is widely used by General Motors for car-body design. The image on the cathode ray tube can be shifted, rotated, enlarged, seen in perspective, stored, recalled and transferred to paper with the intermediate stages recorded on film. Since the process suggests inhibiting difficulties to anyone not an electronic engineer, it may be difficult for an artist to imagine how he could possibly make use of a computer. The solution to the problem lies in collaboration. There are three stages in the process of producing computer graphics, or for that matter using the computer generally. In the first place the communicator presents the idea or message to be communicated to the computer. Secondly, the communication specialist decides (unless there are specific instructions) whether the problem should be solved graphically, verbally, or as a combination of both. Thirdly, the computer specialist selects the appropriate computer equipment and interprets the problem into machine language, so that the computer can act upon it. The Korean artist Nam June Paik has gone so far as to claim that just as collage technique replaced oil paint, so the cathode ray tube will replace canvas. So far, however, no artist that I know of has actually produced a single computer graphic. All those made to date have been made by scientists.

At the moment the range of visual possibilities may not seem very extensive, since the computer is best used for rather more schematic and geometric forms, and patterns and designs which are logically simple although they may look very intricate. One can programme the computer to produce patterns based on the golden section or any other specific premise, defining a set of parameters and leaving the various possibilities within them to chance. In this way certain limitations are provided within which the computer can 'improvise' and in the space of twenty minutes race through the entire visual potential inherent in the particular scheme. Programmed to draw variations with straight lines, it is conceivable, though perhaps unlikely, that one of the graphics produced may consist simply of one line placed exactly on top of another. If there is no formula for predicting each number or step in a given sequence, the system by which this type of computer graphic comes about can be considered random.

Interesting results can be obtained by introducing different random elements into the programme. One can, for instance, produce a series of points on a surface which can be connected in any way with straight lines, or one can instruct the computer to draw solid geometric shapes without specifying in what sequence they are to be superimposed, leaving the overlapping of the shapes to chance.

A fascinating experiment was made by Michael Noll of the Bell Telephone Laboratories whereby he analysed a 1917 black-and-white plus-and-minus picture by Mondrian and produced a number of random computer graphics using the same number of horizontal and vertical bars placed within an identical overall area. He reported that 59 per cent of the people who were shown both the Mondrian and one of the computer versions preferred the latter, 28 per cent identified the computer pictures correctly, and 72 per cent thought that the Mondrian was done by computer. The experiment is not involved either with proof or theory; it simply provides food for thought. Noll, who is one of the most prolific exponents of computer graphics and computer animated films in America, sees them as a very initial stage in the possible relationship between artist and computer.

The computer is only a tool. For the present it still seems far removed from those polemics and preoccupations which concern art. However, even now, seen with all the prejudices of tradition and time, one cannot deny that it demonstrates a radical extension of art media and techniques. The possibilities inherent in the computer as a creative tool will do little to change those idioms of art which rely primarily on the dialogue between the artist, his ideas, and the canvas. They will, however, increase the scope of art and contribute to its diversity. 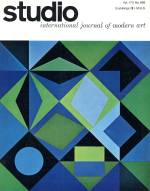 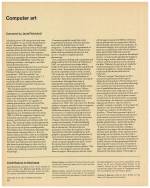 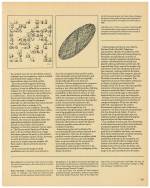 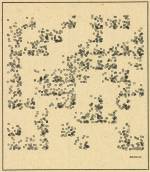 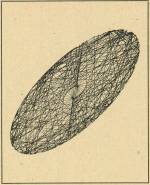