Club to Catwalk: London Fashion in the 1980s

Club to Catwalk: London Fashion in the 1980s

With the explosive emergence of the London club scene in the 1980s came a new generation of fashion designers – notably John Galliano, Katharine Hamnett, Betty Jackson and Wendy Dagworthy – whose work brought the energy of their nighttimes and early mornings to an international audience. Club to Catwalk: London Fashion in the 1980s follows on from the museum’s Bowie exhibition (David Bowie Is, which runs until 11 August 2013), showing how music, pop culture and fashion all came together to create something spectacular and enduring.

Through more than 85 outfits, from club wear and fetish outfits to high fashion and internationally renowned – and infamous – pieces (such as Hamnett’s oversized T-shirt with the slogan “58% DON’T WANT PERSHING” that she wore to Downing Street to meet Margaret Thatcher in 1984), the exhibition does a great job of accounting for the beginnings of the 80s fashion scene as well as its most famous moments and figures. With a great combination of people, as well as clothes, we see the way that movements develop in fashion – through friendships and relationships, as well as fashion shows and catwalks – and how those dynamics related to wider world developments and national grievances. The recession of the early 80s and hostility towards Thatcherism gave rise to a culture of escapism and entrepreneurship. As designer Georgina Godley recalls: “Young London was all about taking risks and creating something out of nothing through passion and ambition.”

Fashion, then, is shown to be deeply rooted in the cultural and political world of its era, as well as the intimate club scene in London at that time, where counterculture gradually became the mainstream, such that many of these ideas and designs are still worn, or at least imitated, today. Magazines that started during this time – i-D and The Face, for example – also began a style and approach to fashion that persisted through the 90s and into the 21st century. This sense of community and purpose was brought about by a spirit that had its genesis – as the exhibition entertainingly shows (with a mini club area, as well as the Fetish, Goth, High Camp and New Romantics clubbing attire that were worn there) – in a specific group of friends. As fashion designer Stevie Stewart of Body Map explains: “Each group of people, whether they were fashion designers, musicians or dancers, film-makers or whatever, living together, going out together and at the same clubs ... had a passion then for creating something new ... that was almost infectious.”

One of the most interesting aspects of the exhibition is the realisation that small groups of friends, who care about their work, and have big ideas, can change the way a whole generation of young people dress, dance and live; and these ideas conceived in the 80s are still very much in circulation today. Fashion, and especially the 80s, are often dismissed as hedonistic and vacuous – but this show highlights the wider cultural significance and effect that a group of people and their subversive ideas can have, even if expressed with fetish outfits and melodrama. 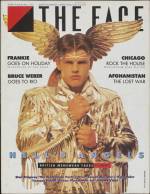 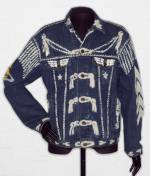 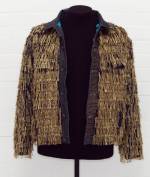 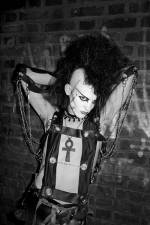 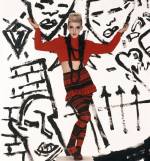