Paris is, as ever, a cauldron of art, but one breakout exhibition, expertly curated to challenge the old rules of staging, stirs the imagination, quickens the eye and gladdens the soul

There is so much going on in Paris right now that the city itself is a roundup. The restaurants of interest are booked out; lines form outside even the lesser attractions (imagine children waiting in the rain for a ride on the carrousel!), and those for the art exhibitions call on labyrinthine control systems.

Suffice to say of the just-opened Henri Rousseau show at the Musée d’Orsay that it is appealing and worthy but, in the end, disappointing. Serious scholarship has juxtaposed several of his earlier works with those by earlier masters and contemporaries who influenced him or were influenced by him. It is less of a stretch than you might think to see a Rousseau placed next to a Picasso, but it makes you rethink the notion of “primitive”. Given that this toll-taker (promoted to “douanier” by one of those errors that stick) was very much a part of what constituted the “milieu”, namely a heady aggregate of the artists who mattered, Rousseau’s was the naive eye of a fox. Carving out a niche for himself that evaded comparison, he developed an idiom of self-taught “archaism” whose deceptive simplicity washed over Paris like a palate-cleanser.

The show’s weakness is inherent in its purpose. Too many of the works included to reveal the cross-influences, though by artists as storied as Seurat, Kandinsky and Breton, are dismally inferior to the Rousseaus they are paired with and, together with those that are patently superior (the Picasso, for one) hurry the viewer along to the grand finale – an oval room holding only Rousseau’s mature work. Here, finally, are the jungle pictures – The Dream, The Hungry Lion Throws itself on the Antelope and The Snake Charmer – each, like the formidable War or the Ride of Discord, a masterpiece. But with too many scholarly investigations preceding them, I came out thinking less of an artist I have virtually worshipped. This show is a case for academia overwhelming its subject, and for licensing museums to present an occasional greatest-hits-only show to spotlight an artist’s unimpeachable mastery.

Case in point is the Musée d’Orsay’s adjacent Van Gogh collection, presenting a master at the top of his game – such a fierce lineup of dazzlers as to threaten the integrity of the walls. Fighting for attention are the mad brilliance of his Self-Portrait, his Portrait of Dr Gachet, his Bedroom in Arles, L’Arlésienne, Starry Night Over the Rhone, and the Church in Auvers-sur-Oise. Still, the material is familiar, so you leave jazzed and satisfied, but not changed.

Not so with Carambolages, an absolute stunner of a show, which should claim the current buzzword “disruptive” for a subtitle. Structured like the game of billiards from which comes its name, 185 objects themed in 27 sections have been juxtaposed to ricochet off one another so that each follows on from the previous one and announces the next. Drawn from private collections, the works selected, whether from antiquity, anonymous artists or artists as known as Rembrandt, Boucher, Kandinsky, Man Ray and Katsushika Hokusai, are purposely unfamiliar, freeing us to play with logic, overturn suppositions and marvel at references plumbed from better known work that present as visible thought.

Brilliantly curated by Jean-Hubert Martin to stimulate associations across eras, cultures and mediums, the exhibition jolts received expectations of the “history” of art into a new way of exploring modernity. Overarching themes of death, war and Eros umbrella wildly diverse meditations on mind, body, fauna, form and colour. Eliciting the full range of emotion between shock and enchantment, a section themed on the eye, for example, segues from the glare of a tribal mask to the hollowed-out sockets of a Mesopotamian idol, to a tablet bulging with judgment’s see-all eyes, to a portrait of rapture associating the upturned eyes of the seduced with two buttons ripped from her lover, to Ugo Rondinone’s neon signage lettered “Listen to Your Eyes”. The meditation on form groups cross-cultural verticals of sculpted humanity. The section on aggression escalates from a fatally pierced Kikuyu body ornament, a Chu dynasty deer and Albrecht Dürer’s famed Head of a Stag to a deceptively benign portrait of Napoleon, disembodied marching legs forming a swastika, a full-blown Nazi demagogue, and a diagram of humanity sacrificed to soul-leaching industry.

Some amuse by their oddity; birds puff into a sequence of metaphors for male vanity. Others shock by their weirdness; a diptych of a woman pulling at her buttocks and a man distorting his cheeks leads a succession of unbridled erotica announced on the “caution, not-for-children” second floor with outsized videos of explicit nudes drawn from high and low art and dissolved into each other. Most divert by their originality; an angel’s anatomy viewed through her back, a helmet feathered into a fish, Maurizio Cattelan’s chess set of archetypes; Annette Messager’s tribal head formed of coloured pencils and gloves.

The great value of this show is its rupture with the tradition of academic presentation that has blinded us to art’s baseline imperative of form and design by hardening the eye to the imagery of dreams, children’s drawing and the mental landscapes of outsider art. By rejecting conventional categorisation – the distinction between kitsch and good taste, the timeline from then to now – Martin has created a tabula rasa of sorts, a neutral platform for viewing art. Christian Boltanski’s Hanging Man collides with a 1BC Peruvian mummy; a shrunken head dialogues with a sculpted head; a skull from Borneo confronts an 18th-century Sainte Lucie; a bellows from Gabon plays off a Roman Artemis. Pausing long enough to puzzle out the connection between them deepens looking into seeing. What can be taught by placing a Giacometti cat nose to tail with a black rat from Egypt? What on earth, you may wonder, does a cup shaped like the breast of Marie Antoinette have in common with a work made of American buffalo skin? Apart from a bit of curatorial nudging in the form of a slideshow recap that stands in for captions at each section’s end, the answer is up to you. The mash-up is not in the curation – a model of precision – but in your head. The principal takeaway is that, while the act of creation is solitary, inspiration and process devolve from encounter and disruption; and that when a museum experience is curated to encourage free-association between eras and mediums, appreciation of art is the richer.

As you exit the show, a magnetic end-board finesses the increasingly inevitable “interactive” museum trope to permit your newly visceral imagination to reposition the objects just viewed into a new logic for your very own musée imaginaire.

That this delightful exhibition is framed by the majesty of the Grand Palais – only Paris can present art so royally – takes it to the level of consequence that leaves a permanent mark on the slippery surface of memory.

• The Douanier Rousseau: Archaic Candour is at the Musée d’Orsay, Paris until 17 July 2016. 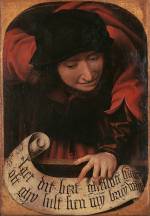 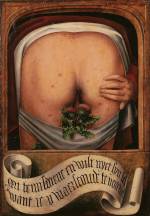 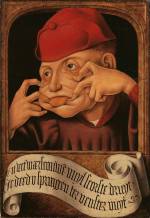 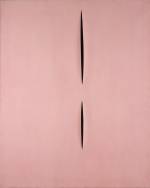 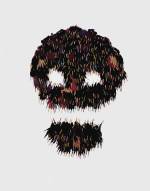 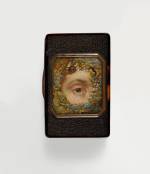