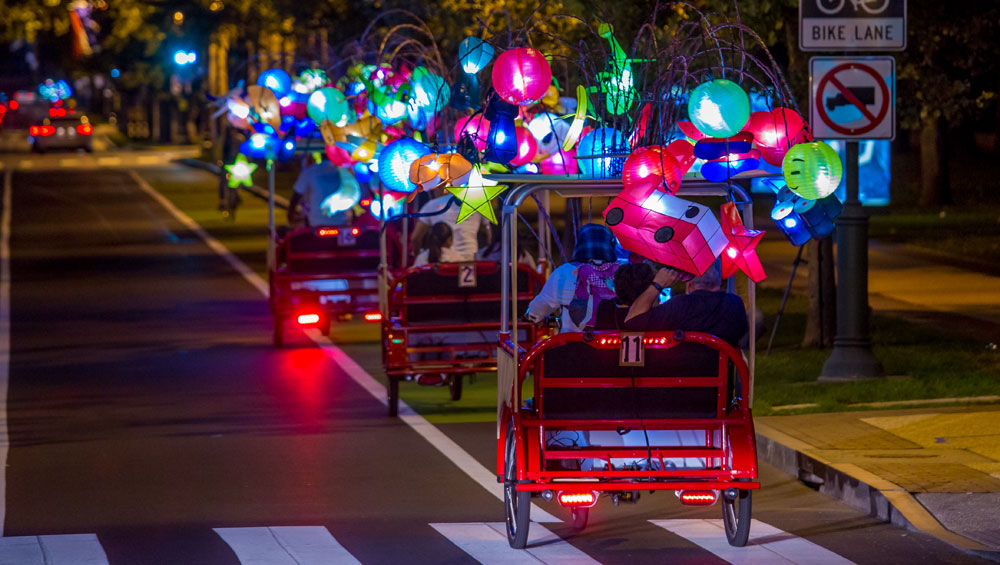 It was dusk on a balmy mid-September evening and spectators lined up by the thousands along a closed-off stretch of the Benjamin Franklin Parkway in Philadelphia. It was the centenary of the city’s most illustrious thoroughfare (modelled on Paris’s famed Champs-Élysées), and many of its leading cultural institutions front its route.

The viewers came to see the live performance, called Fireflies, staged by the internationally acclaimed, 59-year-old, Chinese-born, multidisciplinary artist Cai Guo-Qiang. Now based in New York, he is much sought after for his astonishing signature creations conjured from fireworks – “explosion events,” he calls them – such as the grand pyrotechnic displays featured at the opening and closing ceremonies of the Beijing Olympics in 2008 and the commemoration of the 150th anniversary of New York City’s Central Park in 2003 (unfortunately, disrupted by fog.) 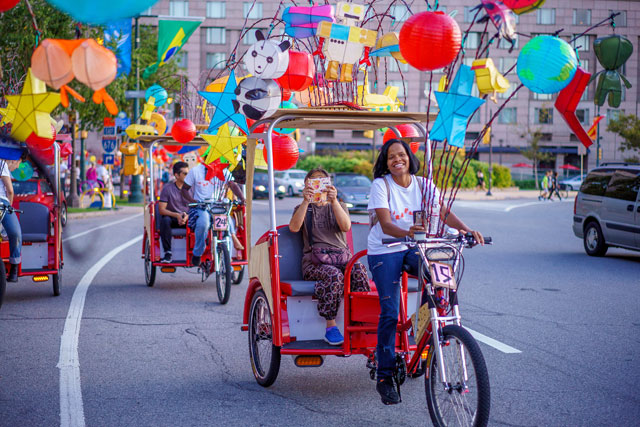 Soon, a fleet of pedicabs whizzed by, gathering at one end like chariots in a film about Imperial Rome – except these were Asian-accented, foot-powered and adorned with shining paper lanterns in a multitude of colours. They were both traditional and modern in form (stars, pandas, Snoopys, boats, globes, spaceships, doughnuts, ice-cream cones, emojis), and bounced delicately from slender wires that arced outwards like fluttering wings, like the fireflies of the title. 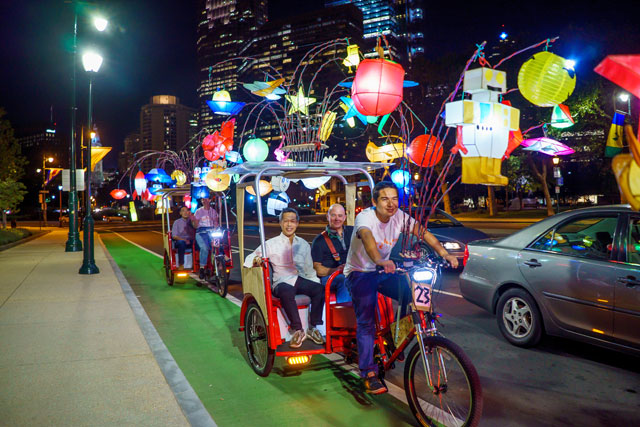 As night fell, they glowed more brightly. Cue the upbeat music (inspired by Pennsylvania’s state anthem, but much altered) and the 27 pedicabs sprang into action, weaving back and forth in choreographic patterns across the parkway, spinning round and round to its insistent, infectious rhythms. The twinkling of the bobbing, moving lanterns (1,000 strong and handcrafted in Quanzhou, China, the artist’s hometown) seemed to trail a luminous blur of light across the darkness as the pedicabs streamed by.

At the conclusion of the 20-minute parade, an extravagant burst of glittering confetti, like fireflies – or fireworks – rained down on the crowd, to collective whoops of pure delight. The viewers then rushed out from behind the barricades into the streets to join the drivers, all volunteers, to take selfies with them, each other and the festooned pedicabs, many dancing, swirling the piles of red and gold (auspicious colours in China) confetti, which were everywhere, upwards again. (The pedicabs –made in Montana – were available for free rides along the Parkway Thursday to Sundays evenings from 15 September to 8 October.) 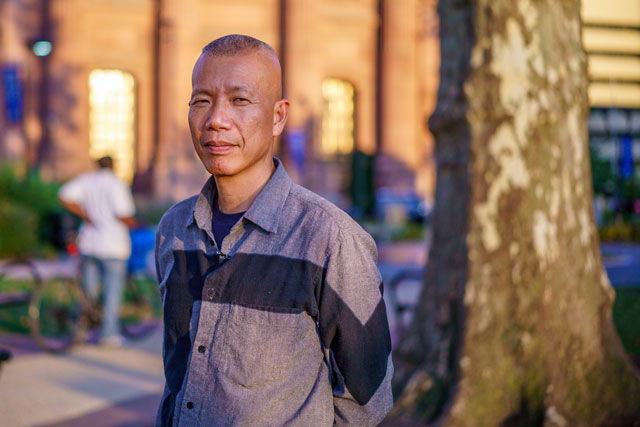 It had gone off without a hitch, including the weather, the worrisome forecast resolving favourably. The artist beamed. “It was even better than I expected,” he said, through his translator.

It was a night to remember, every child’s dream birthday party – and every adult’s too – when delight reigned rather than catastrophe and terror, a moment of welcome reprieve from the daily harvest of unsettling news, when, on the whole, we would truly rather be in Philadelphia.

Presented by the Association for Public Art (aPA), it felt like a gift to the city, and it was supported in large part by the Pew Center for Arts & Heritage. The aPA is the oldest such organisation in the country, according to Penny Balkin Bach, its executive director, who called in curator Lance Fung of Fung Collaboratives (recent public art ventures include Artlantic in Atlantic City, New Jersey, Nonuments in Washington DC, and The Book Project in Redwood City, California) for discussions three years ago. He immediately thought of Cai Guo-Qiang. “Like Christo and Jeanne-Claude before him,” Fung said, “Cai can effortlessly engage both art-world viewers and the general public” and his background in theatre design, which he studied at the Shanghai Theatre Academy in China, honed his “genius” for spectacle.

Cai has previous associations with Philadelphia, among them Fallen Blossoms, another memorable explosion event, which he created in 2009 in honour of the late Anne D’Harnoncourt, one of the Pennsylvania Museum of Art’s most beloved directors. The event took place there and at the Fabric Workshop, another standout Philadelphia art venue, founded by the late Marion (Kippy) Boulton Stroud. He dedicated Fireflies to the memory of both women at the launch of the performance.