This is the third year of the Design Museum’s ‘Oscars of the Design world’. Last year’s winner, Shepherd Fairey’s Barack Obama Hope poster, summed up that moment in history and in 2008 the first overall award went to Yves Béhar of Fuseproject’s Laptop Per Child. So, what is this year’s most essential design?

The Brit Insurance Design of the Year show 2010 features rock stars, such as BMW, the recently deceased Alexander McQueen, and Beth Ditto, alongside ingenious everyday objects and intriguing solutions for human survival and political campaigns. This show is a feast for the eye and mind.

Min-Kyu Choi’s Folding Plug lightens the laptop load, while Pallet Furniture by Nina Tolstrup of Studiomama offers her ‘Think Globally act locally’ approach to design, providing guidelines to make furniture from reclaimed pallets anywhere in the world. From the general to the specific, the acutely specialised Eye Writer designed by Free Art and Technology (F.A.T), openFrameworks, Graffiti Research Lab, The Ebeling Group and Tony Quan,enables the paraplegic to write with eye movement, while Motivation’s Worldmade Sport Wheelchair givesthe disabled athlete the opportunity to reach competitive sports standard, and then perhaps the chance to join the Paralympic Games.

David Constantine, Motivation designer, began his wheel chair designs as a student in the product design department at the Royal College of Art. Working together with Simon Gue and Richard Frost their design took them to a wheelchair centre in Bangladesh. The centre was copying, with old water pipe, bicycle and tubing, hospital style wheel chairs, originally designed for returning American servicemen. Constantine explained: “it was a bit like scrap heap challenge, we went to the local market and found materials and redesigned the chair, making it simpler, more ergonomic, with an aesthetic that made it appealing to sit in.” Since those first designs, Motivation has made wheelchairs worldwide and is now providing flat packs with local training for construction and individual customisation. Constantine showed me a film of a chair fitting, “the fitted cushion is crucial”, he explained, “without it the paraplegic gets sores that turn into wounds”. Constantine summed up Motivation design: “We are about making good low cost solutions in different countries, and giving people the right to have a dignified way of navigating their society.”

Good designs for furnishings make our day-to-day lives easier to negotiate but extraordinary solutions solving specific problems give us the tools to reach beyond our everyday selves, and in our current, climate change, financial and overall gloom, we need these tools to pursue our dreams.

Commentary on political issue, also have an important presence in this year’s show, and remind us that those of a creative disposition who can see outside the radar have long taken responsibility for speaking out to subvert societies’ stalemates. Kennard Phillipps’ Cafe of Equivalents$, offers city financiers soup for 10 per cent of their daily wage (corresponding to food affordability in countries such as Mozambique), city financiers soup costs £111.20 a bowl. There is also TBWAHuntLascaris Trillion Dollar Campaign for the Zimbabwean Newspaper. Posters, billboards and flyers printed on the worthless trillion-dollar Zimbabwean bank note support the Zimbabwean newspaper driven into exile for printing revelations of Mugabe’s corrupt regime. Another of these political designs is Gorilla’s Daily Visual Column for de Volksrant, a ‘mini poster’ printed in Holland’s leading liberal newspaper; “it’s the equivalent of your Guardian”, Gorilla designers tell me. “We have to struggle with what imagery the paper already has.” Their image is always printed at bottom right of the page and often has to compete with coloured advertisements and copy. Daily Gorilla was first published in the newspaper three years ago, “People were expecting a joke, but it’s not funny”, explain the four Gorilla designers. They work for different agencies and design their Daily Gorilla on a rota, one at a time. “We get information from the editor; then have three hours to come up with an image we have to deliver before 11pm. It’s like being a first year in art school again – the paper says ‘do this now’, and we make a political commentary on the news of the day in a graphic design.”  The designers find the fast ‘idea to print’ process satisfying; “We make it in the evening and in the morning we see it on the door mat.”

It is difficult to review a show where the products cannot be tried. The seats, bicycles or cars cannot be sat on; the dress cannot be worn. The feel of an object is crucial to design, yet this show tantalises the viewer with its untouchable objects. I couldn’t resist the star of the show, and lightly touched the fabric BMW hoping it might, ‘questing the purpose of its body’ (as described in the catalogue), suddenly snap into a different shape, but the only response was Janet Street Porter pointing her finger and saying, “you touched it”. The car is a mock-up posing intriguing possibilities, though in this stage of its design not able to do much more than have its bonnet unzipped. Beth Ditto’s designs don’t question her body one jot; her figure hugging domino dress relishes a sequined manikin. How refreshing to be glad to be big. Next to the manikin in a glass case is a Ditto doll, somewhere between 30 and 60 centimetres tall. I am unsure if this small figure is a mini manikin, a design for a doll, or a representation of Ditto herself; perhaps it is all three in one. There are a number of objects, buildings and aeroplanes in the show displayed as documentation, this makes me wonder how can the 3D design be understood through 2D representation?   Seeing 6a Architects’ Raven Row, a glass display case of burnt fragments, broken crockery, faded photographs and old doorknobs, describing ‘a new architectural narrative of spaces, surfaces and textures that bind the past with the new in a contemporary whole’, I want to go to the silk mercers’ houses by Spitalfields, walk through, listen to and feel the spaces myself.

This year’s Brit Insurance Design of the Year jury is chaired by Anthony Gormley. There is an award for each of the seven categories, and one overall winner. Will it be Alexander McQueen in a posthumous celebration, or the Eye Writer enabling the silenced to speak? Could it be the Sports Wheelchair sending its charge to the Paralympics, or perhaps the Beehaus providing swarms with hives so they continue to pollinate our food? I am glad I don’t have to judge this treasure trove of gadgets and inspired ideas. Though it does occur to me that the Beehaus might be a serious contender because after all, without the (so recently endangered) bee, there wouldn’t be enough people to create or to enjoy anything, let alone design, in the world at all.

Chair of the Jury, Antony Gormley and the 2010 panel select their category winners with the overall winner to be announced at the Design Museum on 16 March.

Antony Gormley, Chair of the Jury comments: "The seven winners provide a snapshot of some of the most outstanding designs from the past 12 months and reflect the important role design plays in improving people’s lives.”

The seven winning designs will now compete for the overall Brit Insurance Design of the Year 2010, to be announced at the Awards Ceremony at the Design Museum on 16 March. The winning entries, along with all the shortlisted designs, are on show at the Design Museum until 6 June. 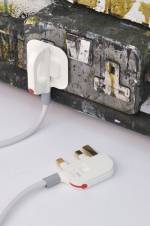 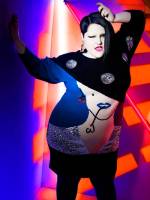 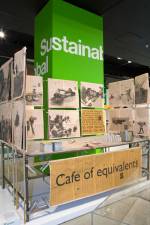 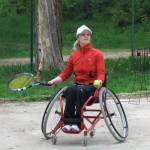