Designer of the Year

Designer of the Year

The judging panel of London Design Museum’s ‘Designer of the Year’ award this year shortlisted four candidates. They were: Rockstar Games, the designers of video game, Grand Theft Auto: Vice City; Jonathon Ive, the designer of Apple's iMac, iBook, iPod and other products; Tord Boontje, a Dutch designer trained at the Royal College of Art in London, whose very decorative light fittings use ultra modern manufacturing techniques; and Solange Azagury-Partridge, a jeweller whose ‘quirky’, ‘chunky’ and ‘exotic’ rings have been snapped up by Madonna and Kate Moss. The winner, Jonathon Ive, received prize money of £25,000, provided by the Design Museum.

Going round the exhibition, which continues until the end of June, it became clear that there were no unifying criteria against which the four finalists could be judged. How do you compare groundbreaking electronic equipment with a video game? Or with a bubble gum pink ring whose top flicks open to reveal an uncut diamond and a Union flag confection of red, white and blue enamel with a ruby in its centre (bought by Elton John)? And how do you compare these products with the chandelier, made in the shape of a horse, that has crystal globes suspended on nylon wire and halogen lamps on a steel frame made by Tord Boontje? In the days of the Council of Industrial Design (before it turned into the Design Council), at least the Design Centre Awards were given to specific categories of products judged, arguably, by criteria based on form-follows-function and truth-to-materials.

There is a further departure made by the Designer of the Year Award, namely that this year there was not only a panel of judges — including fashion designer Paul Smith, product designer, Marc Newson, Paula Antonelli from the Museum of Modern Art in New York and the design historian, Emily King — but also the chance for the public to vote; 20,000 actually did so. While the Design Museum will not give a breakdown of the votes, it appears, however, that the public vote and the judges were in agreement. 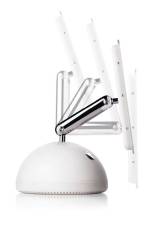 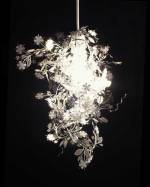