This work is timely in so far as it forms part of the broad revision of architectural history that is underway in the 21st century. The importance of Baroque as such has never been understated previously, but broad studies have repeatedly largely excluded the contribution of Sicily from this spectrum.

Both Niklaus Pevsner and Christian Norberg-Schultz, following different routes, were unable to incorporate in their books the story of Sicily's remarkable and original achievement. One key exception to this denial was Anthony Blunt's survey published 40 years ago.1 Even following this notable precedent, the previous publications of Professor Giuffrè rather indicate that she has ploughed a solitary, but enriching furrow, from her two publications in Palermo onwards.

This volume at last demonstrates the extent to which such an outstanding home-grown talent can still become less than adequately known in the broader arena, notwithstanding the remarkable conclusions which the work offers. She has remained based at the School of Architecture, Palermo, as was her mentor the late Professor Salvatore Boscarino. Perhaps what has also previously been required is a colour photographic survey that does justice to the extraordinary range of the Sicilian Baroque. Now the photographer Melo Minnella has provided this in profusion, and the publishers have not stinted her achievement.

Certain cultural phenomena from the wider world have impacted on the fuller awareness of Sicilian culture and history. For example, Visconti's film of Giuseppe di Lampedusa's famous historical novel 'The Leopard'2 drew in situ on such memorable scenarios, as in the Palazzo Gravina, Palermo, where the ballroom scene was played out in 'a large gallery with a majolica floor and a vault pierced with openings'.3 Indeed, the reality of Sicily today is evident from a visit to the Villa Lampedusa, close to Palermo.

'In the courtyard of the Villa Lampedusa, a few miles from Palermo, Friesian cows pick their way carefully through the rubble', said the historian William Dalrymple. And of various other properties of this once great dynasty, little now remains. Their Palazzo Cuto at Santa Margerita - 'most beautiful of all the palaces' - was stricken by an earthquake in 1968 and still lies in disarray. Previously, the old Palazzo Lampedusa in Palermo was itself devastated by stray American bombs in 1943. It was perhaps unwarranted of the novelist Gesualdo Bufalino, in making the case for destruction, to state (quoted by the author) 'almost blessing the 1993 earthquake, a catalyst for so much construction'. The earthquakes of 1726 and 1751 were, in that respect for Palermo, particularly relevant, following that of 1693 in the south-east of the island.

The catalogue of environmental disasters that have afflicted Sicily now makes it all the more crucial that international conservation bodies weigh in before there is a further collapse of an irreplaceable heritage. As Giuffrè says, Palermo 'gave and received, reinvented itself, and brought forth order out of chaos. History is not just a heritage to be received and transmitted. It is in a constant state of evolution. Therefore there is no one history to be told about the Baroque in Sicily, but a thousand different stories.'4

Sicily everywhere 'embraced' the prevalent international languages of those times - thought and expression - which stimulated ideas, events and encounters so that cultural horizons widened to incorporate new aims. The 'otherness' of Sicily springs precisely from her outwardly striving cultural identity. There might be less referencing to Rome, yet much to Madrid and Paris.

Maria Giuffrè is based at the School of Architecture, Palermo University. Her work is permeated, by a long and deep understanding of the environment in which she has lived and worked. Her book is especially dedicated to the late Professor Salvatore Boscarino of the same university, who was the inspiration behind it. The book itself is not the product of an outsider's research, but rather the fruit of a long, internal evaluation; surely the only way to approach so complex a subject. The whole ethos of architectural restoration is here accordingly substantiated, by a profound local knowledge, a special awareness of the historic forces and pressures behind this remarkable efflorescence. The church and monastery of the Santissimo Rosario in Palma di Montechiato, which played a pivotal role for a family such as the di Lampedusa, today stands as evidence. And in the case of Santa Margherita di Belice, vindicates the careful restoration over generations: the cathedral and its ancillaries still glow, honey-coloured in the late-afternoon light. The book recounts how the Palazzo Cuto at Santa Margherita remains, in contrast, an unrestored wreckage, after being struck by an earthquake in 1968. A much greater international restoration programme is required in the present climate.

Anthony Blunt emphatically had made much (to quote Giuffrè) of the 'unique role played by decoration in Sicily at the time, producing something that was almost like a trademark - a style that was instantly recognisable, a necessary finishing touch to any building, an innate quality based on a long craft tradition. The arts of stone work, of inlaid marble and of stucco were an integral part of architecture and its history, in which they often play a leading role.' It is to that point that Niklaus Pevsner and Christian Noberg-Schultz took exception in their generation, as historians of a devoutly modernist persuasion, inherently unsympathetic to ornamentation and decoration.

The use of majolica tiles is well illustrated here, further enhancing the exotic campanile of the churches of Cristo dell Olmo at Mazzarino or at Addolorata in Marsala, crowned with a triumphant Baroque extravaganza. At Palermo, the dome of the church of the Carmine boasts a superb array of polychromatic majolica tiles, complete with stucco reliefs. These skills in ornamental design run through to such key elements as fountains, exemplified by the Orion Fountain, at Messina, or by Montorsoli's further set piece of Neptune vanquishing Scylla and Charybdis, also in Messina. The varied contemporary categories of architect - many Jesuit - with painters and sculptors, were greatly supported by local workshops of high repute.

A further earthquake in 1726 necessitated dome repairs, such as to Santissimo Salvatore, in Palermo - this was saved from imminent demolition at the time by the advanced technical skill of Giacomo Amato, who devised an ingenious system of chains in support. Skilled master craftsmen in this industry developed the workshops from which emanated more and more surreal features, such as balconies and cresting. In the particular example of the Palazzo Impellizzeri, Melo Minnella shows great skill in capturing in perfect focus this profuse and intricate detailing, again offering a surrealist fulfilment.

The author herself points to a decorative frenzy of the time, within a heightened concern for the relationship of a building for its setting. Yet this concealed the strictly architectural articulation of the tectonic structure through from the early Baroque period to its 18th-century epilogue. She comments speculatively on the actual role of the architect Guarino Guarini in Sicily, whose movements were mysterious but whose influence was undoubtedly prevalent. He was even reputed to be more interested in wandering around Greek, Norman and Islamic remains in preference to other architectural sites while in Sicily.

The central space below the dome in San Francesco Saverio by Angelo Italia is claimed nowadays to be under the influence of Guarini. It stands as a composition of a cruciform interior space 'juxtaposed with a series of hexagonal cells in the central space below the dome.' Norberg-Schulz called this type 'a mechanical space' in contrast to a Borromini 'organic space' - there being no integration, per se, between the different spaces, despite the circular form of the columns drawing the eye in a continuous circular direction.5 Some plans and sections here would have been helpful to readers. Norberg-Schulz may have been somewhat derogatory, but Giuffrè has been right to bring this out. The architect Giovanni Amico is here claimed to have been greatly influenced by Guarini and Borromini - even by Guarini's remotely located Our Lady of Altotting, Prague. That seems somewhat far-fetched. Even when Norberg-Schulz and Pevsner may be in the upstairs gallery, there might be more credit given singularly to Amico for his own inherent creativity.

The author, the photographer, and indeed the editor and publishers of this fine revisionary work are to be congratulated for bringing the Baroque tradition in Sicily into the new age. It is to be hoped that this publication will engender much overdue further research and debate over the subject of the Baroque and lead to the study of this subject no longer being confined to mainland Europe. Furthermore, the standpoints here of the essentially modernist sages, Norberg-Schultz and Pevsner - for all their scholarship - should be further reassessed in the light of the highly decorative tendency (as espoused by Anthony Blunt) that did not 'blight' Sicilian Baroque, but instead gave it, via the tradition of workshops there, its full and final efflorescence.

Incidentally, where indeed in Sicily was Guarino Guarini during those enigmatically lost years between 1657 and 1662 when he was only occasionally 'in town'? Perhaps measuring up those neglected Greek and Norman ruins. 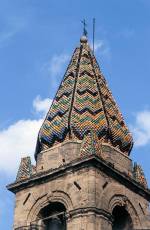 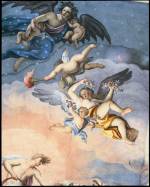 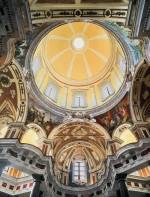