Juhani Pallasmaa, the Finnish architect and theorist, has in the current period entering the twenty-first century become a major protagonist in the revision of modernism, and hence of postmodernism. To many architects today he has, through his lectures in China, Europe and the United States, provided a template for thought hitherto in urgent need.

Before the last three decades he was famous in Finland for courageously representing the new directions that a fresh generation were seeking - in fact, it could be said that in a land deeply overshadowed by the brilliant precedence of Alvar Aalto, he and a small group of colleagues were the closest thing to an opposition to his predominance.

This publication, in which he had no direct involvement (since it was mentored and directed by friends and colleagues to mark his seventieth birthday last year) has been edited by Peter MacKeith, who recently also edited Pallasmaa's own book of essays, entitled Encounters - Architectural Essays, published last year. This new work is a compendium of some 22 essays by contemporary luminaries. An essay by the late Sir Colin St John Wilson RA (architect of the British Library), entitled 'A Letter' is perhaps one of his best ever. The New York architect Steven Holl, with whom Pallasmaa collaborated in the competition win for the city-centre contemporary art gallery Kiasma, contributes an essay describing a shared interest in phenomenology, whch tells much about Pallasmaa's working method in design. What is clear is that combination of egoism and self-modesty which seems to drive successful long-distance running architects has both Wilson and Holl fall within this category.

Architecture in the early years of the twenty-first century has proved to be drastically short of theorists of the kind that wrote and pontificated through the difficult years of the 1960s and 1970s. Certain exceptions, such as Robert Venturi, Kenneth Frampton, Robert Maxwell and the late Colin Rowe eventually, in a myriad blaze of new concepts, enabled that century to find a closure that was not wholly and utterly confusing: the postmodernist ascendancy, short-lived as as it has been, did not entirely distract the multitude .As Steven Holl says in his interview here with MacKeith, 'The culture of architecture (per Pallasmaa) is like holding and protecting a flame, in the balancing act between the commercial realm and the political realm'. Pallasmaa has established a major reputation the world over, as an architect, theorist and above all perhaps as a teacher.

Here not every chapter/contribution actually engages with Pallasmaa's thinking: indeed some authors approach this target obliquely, preferring to pursue their own obsession of the moment. That might be called by some a backhanded compliment: but it adds spice to the final ensemble, not wrong notes for the most part. Ideas are aired which demonstrate preoccupations which Pallasmaa might respect, but which diverge from his own. Most notably and convincingly it remains to Swiss architect Peter Zumthor to grasp the nettle of phenomenology, 'The study of appearances'. Zumthor's descriptions of 'summer freshness' in an Alpine forest carry the same experiential impact as do Pallasmaa's favourite sort of locations - old timber Finnish churches or harbourside boat restaurants - both carry their olfactory sensuality ahead. Zumthor's personal eulogy of 'dreaming' (quite apart from the aboriginal 'dreamtime') corresponds closely to Pallasmaa's quest.

As editor Peter MacKeith has constrained his own long-held enthusiasm for Pallasmaa's thought only with some difficulty. Yet he explores Pallasmaa as a phenomenon per se. How did this person develop from a simple rural childhood in central Finland, to one who, on a year's high school exchange to Minneapolis fazed the locals, this tall Finn who won by stealth a state championship in cross-country skiing: a lofty but reticent student, subtly disarming the opposition at speed.

Later, escaping the internecine ideological conflicts of 1960s Finland, he taught at Addis Ababa University, virtually as a radical poltical exile from his homeland. His return was to direct the new Museum of Finnish Architecture in Helsinki where his scholarly and creative insight oversaw a virtual revolution in the promotion of the newer Finnish architecture on the international stage. Typically, for example, during a brief sojourn in Cranbrook he came across Daniel Libeskind exhibiting his collages, and without a moment's hesitation booked him for Helsinki.

Libeskind in his tribute essay here put his finger on a rare quality which Pallasmaa quietly exudes - a love of humanity which affects all his dealings; rightly now, Libeskind claims that Pallasmaa is the true successor to Aalto's tradition as a humanist architect, more so, something of a mystic. His wisdom allows him to unlock new doors for us all.

For all such reasons, Pallasmaa has the remarkable gift of teaching. His students the world over follow him Pied Piper-wise.

This review cannot be allowed to pass without again mentioning the last and most recent publication of Pallasmaa's essays, Encounters - Architectural Essays, again edited by Peter MacKeith. The two works have to be taken together. But there are more secrets in this one. 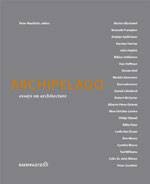