Billie Zangewa – interview: ‘I realised that I had chosen to embody the most disempowered human form’

Billie Zangewa – interview: ‘I realised that I had chosen to embody the most disempowered human form’

Johannesburg-based Billie Zangewa, whose work is currently on show at Lehmann Maupin in New York, talks about her collages of domestic life, which advocate for self-preservation and the demystification of black women 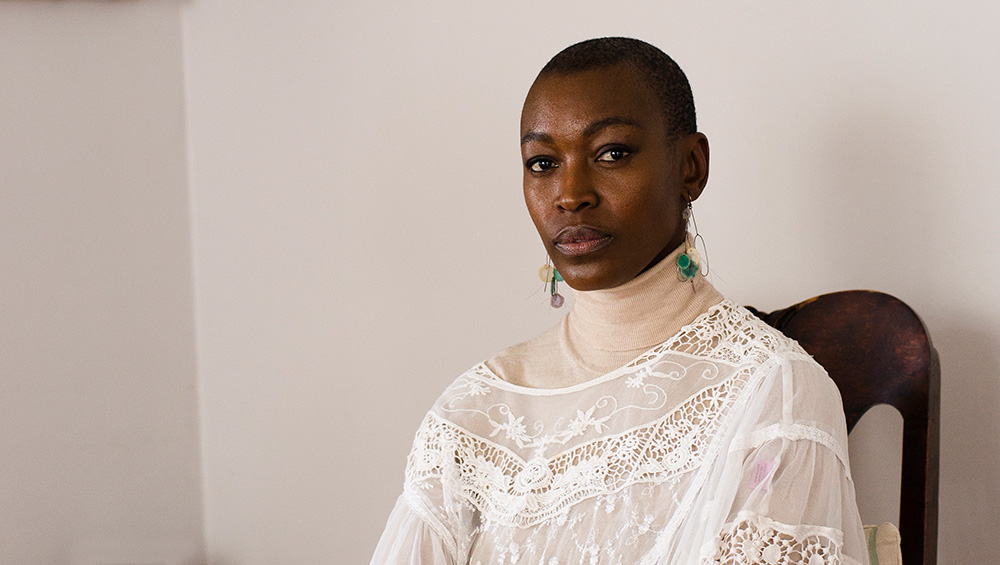 For Wings of Change at Lehmann Maupin, her first solo exhibition in New York, Billie Zangewa (b1973, Blantyre, Malawi) is showing a new series that she created during the recent global lockdown. Reflecting on the turmoil and the joy brought about by a variety of experiences, Zangewa’s hand-stitched raw silk compositions detail her life at home, connecting more widely to the routines and responsibilities that specifically apply to women within a domestic setting – what the artist has termed “daily feminism”. Having grown up in Botswana, Zangewa moved to Johannesburg in 1997 to pursue her career as an artist following her graduation from Rhodes University, South Africa, where she studied graphics and printmaking. Her early compositions focused on cityscapes, namely her relationship with Johannesburg, before the artist realised that depicting more individual experiences, that related to herself, would be the driver of her work. Always alert to the political angles of personal situations, in her most recent projects, Zangewa continues to place the black female form at their centre, with the artist’s stitches resulting in figures and scenes that attempt to reassess female-as-object narratives. 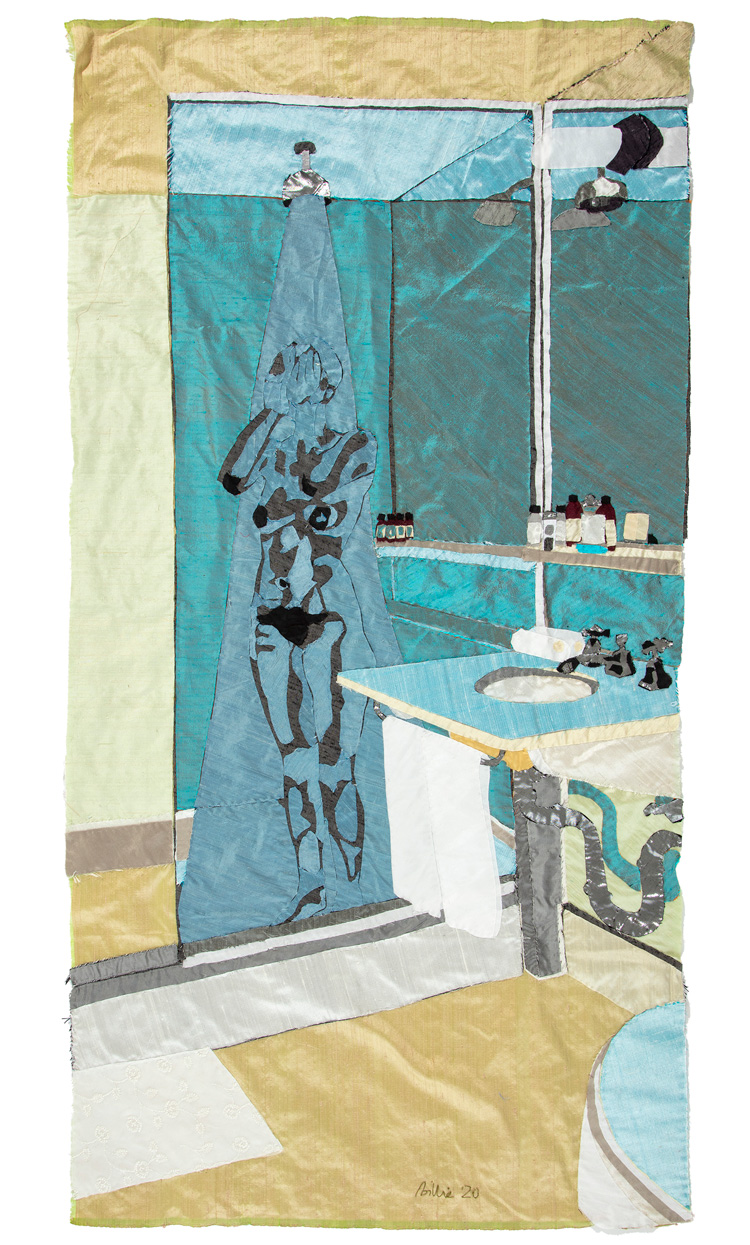 Allie Biswas: I wanted to start with your interest in fabric, particularly silk, which has become your primary medium. How did your relationship with textiles begin, and when did you realise that silk was your sole material? Was there a particular moment in your practice when this became evident?

Billie Zangewa: I have always been interested in texture, specifically rich-textured surfaces. I also developed an interest in fashion that was first informed by the sewing I did at school as an extracurricular activity, and then later through the 80s TV series Videofashion, as well as Vogue magazine. I majored in printmaking at art school but, after I graduated, I moved back home to Botswana and had no access to printing facilities and lacked the funds to establish one. I didn’t have studio space on my parents’ property and couldn’t exactly paint in oils in the house, so I started to think about what medium I could work in that would be fairly easy to clean up, and fabric came to mind. Originally, I was working with a vintage satin silk that a friend had gifted to me from her grandmother’s trunk and then I discovered dupion silk on an outing with an interior decorator friend after moving to Johannesburg. I was so enticed by it and just wanted to discover its secrets. That is how I began working with it as my primary medium. I’m not deliberate in anything I do. I’m interested in the unfolding and try to allow life’s purpose for me to reveal itself one stitch at a time. 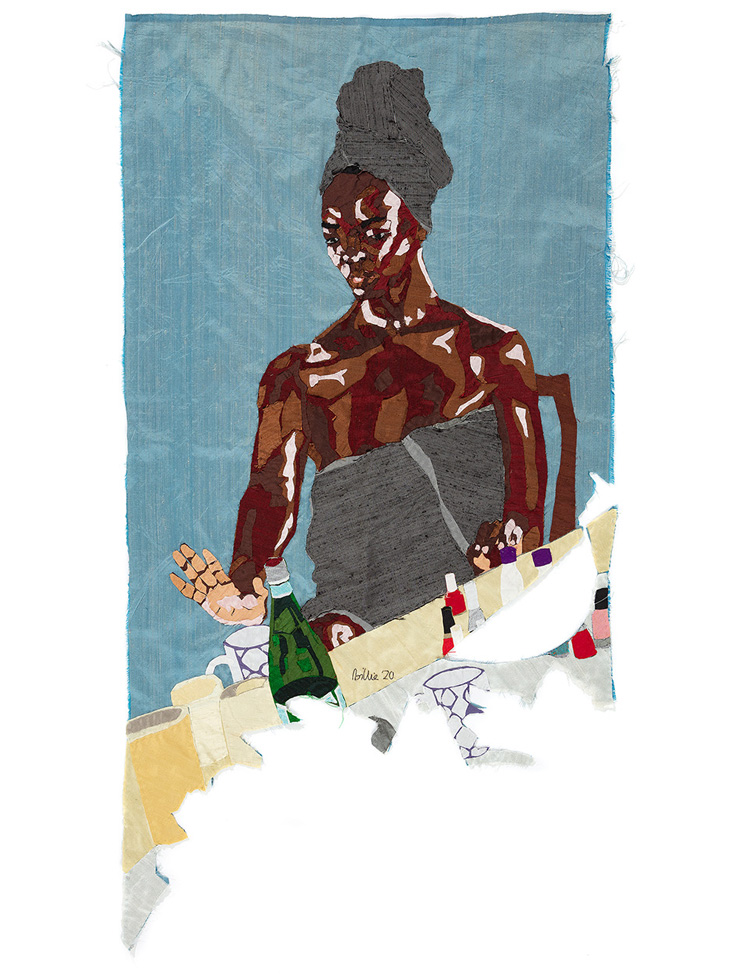 AB: From the beginning of your career, with the early cityscape works that documented your relationships with men, your works have focused on the political dimensions of very personal situations. You eventually transitioned to thinking specifically about the individual, namely the black female figure, with yourself as the main protagonist in the work. When you began to place yourself at the centre of the composition, where you reflected on your own experiences as an individual, how conscious were you of simultaneously trying to carve out a space for black women more widely?

BZ: As a young child, I realised that society treated girls very differently from boys so, even without the language, I knew that I was challenged because of my gender. As I got older, I realised at some point that black women are, and have always been, the most marginalised sector of our society. Historically, our bodies and images have been exploited and we have been silenced, with absolutely no power. Even our uteruses have been used to forward political agendas. I realised that I had chosen to embody the most disempowered human form. This realisation made me want to change that in my very small way, through creative self-expression. I had access to my body and understood the power that is in sharing the personal and revealing one’s vulnerability. To answer your question, yes, I was conscious of it and it was my intention to put focus on the lives of black women.

AB: You have described the domestic, home scenes that ground your silk tapestries as “daily feminism”. The new works seen in Wings of Change convey very vividly the minutiae of being at home – an experience that has been heightened at this time, during lockdown – which informed this series. You have spoken about the work that women do at home, activities that are unseen and unacknowledged by others, as a strength for your female protagonists; your female subjects think of this work as “a way of moving society forward”. But is there also an element here of wanting to draw attention to the still widely upheld belief that domesticity is a woman’s responsibility, and the (gender) inequality that comes with that?

BZ: For me, the gender inequality is in the fact that it’s a thankless job. I think that a woman should get a percentage of the money that’s coming into the household monthly, as a salary for the job that she does at home – her own money, in her own bank account, to do with as she pleases. I also think that when everyone has a job, then household chores, too, should be shared and not added to the woman’s responsibilities, on top of earning an income. This happens often and most women just carry the burden when what they really need is support. It’s exhausting and, yes, unfair. And what I find really frustrating and archaic is how, in a divorce, the homemaker has to basically beg to be given some money when it’s obvious to me that assets should be shared equally, as the relationship involved the partnership of one person working and the other holding down the fort. These two things would change our society for the better. 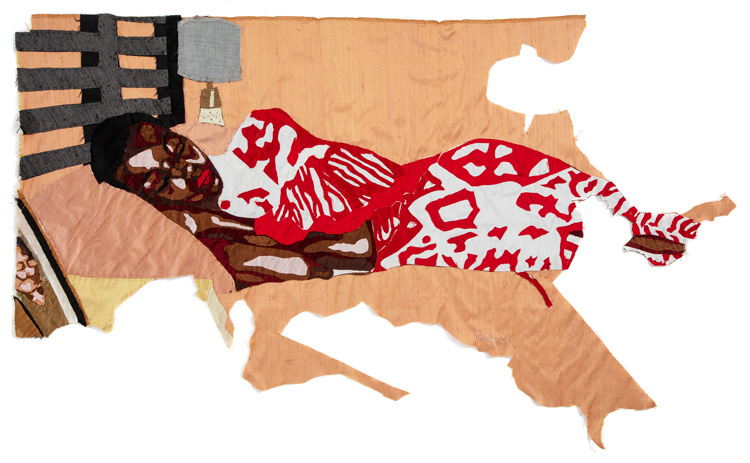 AB: Related to this point, I am thinking particularly of three works from Wings of Change – A Fresh Start, Self-Care Sunday and An Angel at My Bedside – which allude to the emotional and physical exhaustion that comes with being a woman who enacts domesticity and care-giving. Do the figures in your work ever feel resentment?

BZ: Yes, of course. But then you realise that resentment is just further exhausting and passive aggressive. I sometimes think, I’m taking care of everyone and who’s taking care of me? The answer is “me. I’m taking care of me.” That is why self-care is so important and it doesn’t have to cost anything. It can be a long walk admiring the beauty of nature; laying down for a while; dancing wildly to your favourite song, or even looking in the mirror and saying loving things to one’s reflection. Something that I’ve come to realise is that the best thing one can do is to give without expecting. Then there is no resentment. 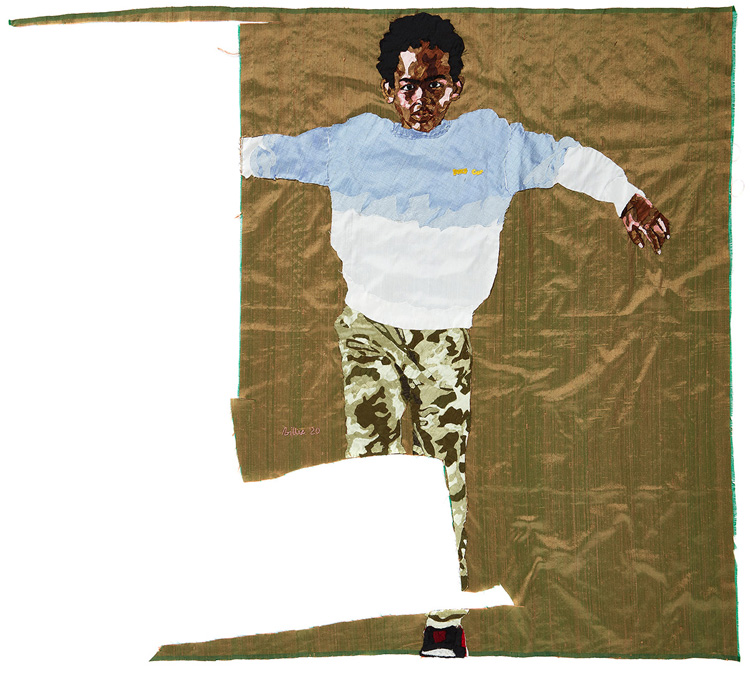 AB: Yet, as well as this, there are moments of openly outward celebration (Everyday Miracle) and veneration (Free Spirit), and your use of colour only emphasises this joy. Something you previously said comes to mind, when asked about your relationship to pan-Africanism: you stated that not experiencing apartheid had set you apart from other African artists, as you weren’t forced to deal with that trauma. Instead, you have been keen to project images of positivity. Could you elaborate on this?

BZ: I was speaking specifically about South African artists whose experiences were shaped by the trauma and pain of apartheid. Suffering, bondage, disease and poverty have always been the predominant black narratives that get airtime in the media. I’m not saying that black people haven’t been subject to exclusion, exploitation and violence, but I do think that we need balance. I think about the young boy or girl looking at these stories and thinking that, because they were born black, they might as well give up and surrender to the hurt, pain and suffering. I want to give hope with my work, that we can make new narratives of ease, joy, happiness, love and prosperity, because it is possible to be black and also experience these positive states. 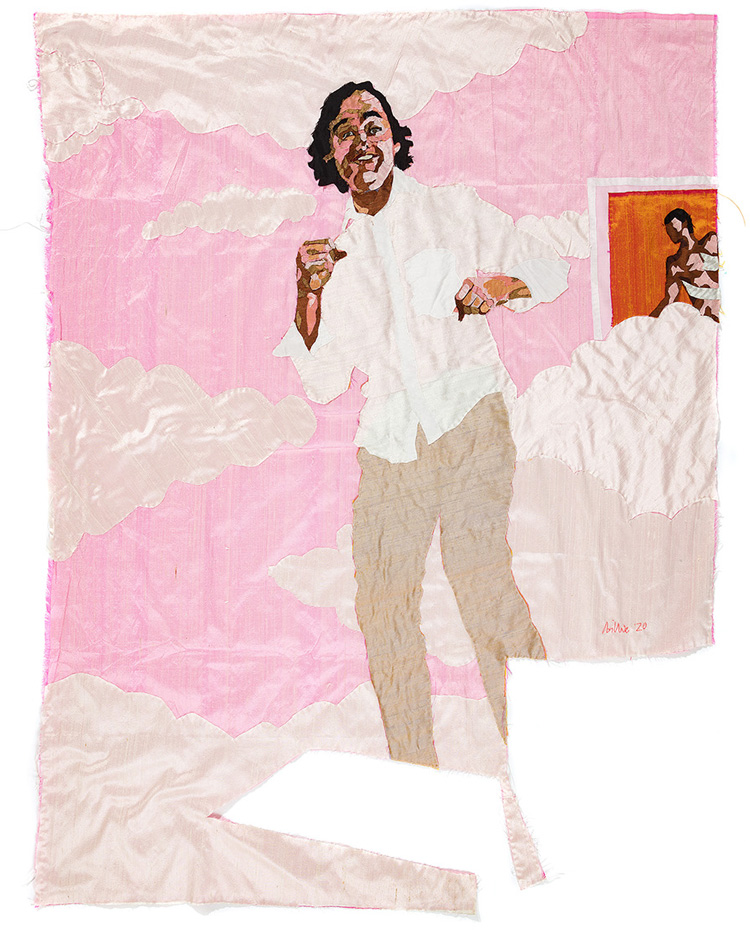 AB: What is particularly interesting about depicting such intimate scenes is their universal quality. I wonder how you feel about your practice, in terms of not only representing black bodies but also demystifying them?

BZ: I’m really interested in the ordinary and mundane things of daily life that we can all relate to, no matter where we are in the world. My intentions are to spread love and slowly eliminate fear and hatred through the shared experience. And, of course, if I was not born in this body, none of this would have occurred to me as being of importance. The demystifying is really to humanise, because I feel that the mystifying is dehumanising.

• Billie Zangewa: Wings of Change is on view at Lehmann Maupin, New York, until 7 November 2020.