The six shortlisted artists for 2021 explore colonialism, environmental breakdown and contentious histories. All credit to this online offering, but to fully experience the power of these works, they need to be seen in person 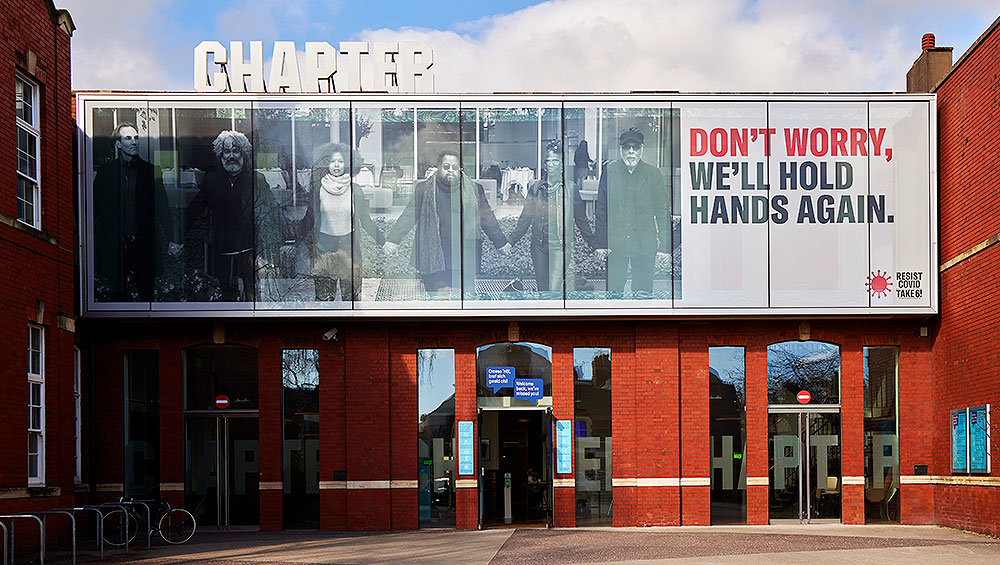 Artes Mundi, the UK’s largest art prize, has defied Covid-19 to launch an online version of its ninth edition, which is hosted across three Cardiff venues: the National Museum Cardiff, Chapter and g39. Although the international shortlist was confirmed in September 2019, before the pandemic hit, the selected artists address many of today’s pressing issues, from the legacies of colonialism to environmental breakdown to the memorialisation of contentious histories. The delay has ostensibly worked in the show’s favour, allowing more time for the creation of major new works by several of the six shortlisted artists, including the acclaimed African American photographer Carrie Mae Weems (b1953), the Dominican Republic-born New York-based painter Firelei Báez (b1981) and the Indian artist Prabhakar Pachpute (b1986). 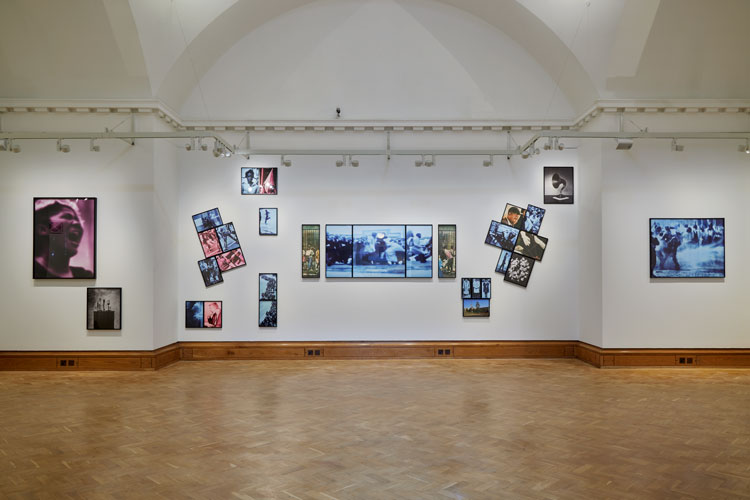 Alongside her older photographic series Constructing History (2008), which includes re-enactments of iconic moments of 1960s US history, Weems is showing The Push, the Call, the Scream, the Dream (2020). Similarly addressing the transmission of historical events, this powerful installation was developed in response to the death of the American civil rights leader John Lewis, who led the landmark Selma to Montgomery civil rights march in 1965, during which he suffered a fractured skull at the hands of a state trooper. The multi-image work juxtaposes archival photographs with selected images from Weems’ past works, which together form a tribute to the revered leader and spokesman for the black community, while also speaking to the continuing struggle for equality and liberation.

Contrasting these hard-hitting works are the somewhat platitudinous sentiments of Weems’ billboard installation outside Chapter arts centre, which shows a line of African Americans holding hands, alongside a pithy slogan encouraging us not to worry because we will all be doing the same once the virus is under control. Made as part of her Resist Covid campaign, it was designed to educate black communities on the impact of the virus. Inside, another message reads “A little distance goes a long way”, reinforcing the familiar social distancing message. Despite their lack of criticality, these posters and texts drip with humanity, a characteristic of Weems’ practice, demonstrating how artworks can be political while radiating the personal. 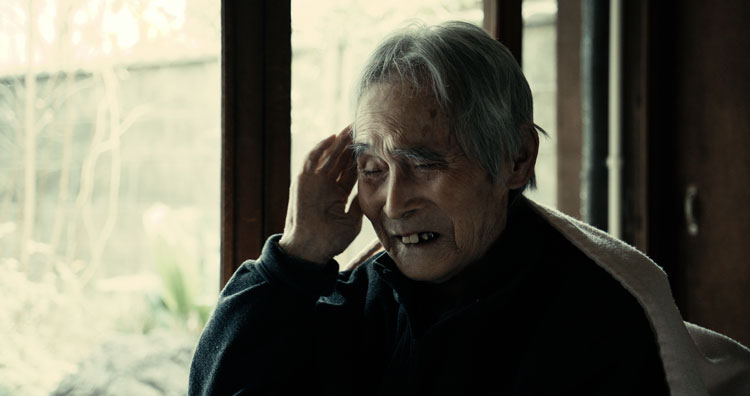 The ways in which history is remembered and communicated is a key concern of the Japanese artist Meiro Koizumi (b1976), whose three-channel video installation Angels of Testimony (2019) shows a frail 99-year-old veteran of the second Sino-Japanese war (1937-45) confronted with the atrocities he and his fellow soldiers committed. One of the few Japanese veterans to publicly acknowledge his crimes in written testimony, the old man now has Alzheimer’s and can barely remember his own confessions: “Is this a nightmare,” he asks tearily, “or has it really happened?” On adjacent screens, Japanese youths recite his chilling lines, some in tears, others shouting angrily. It is a powerful and disturbing work, raising important questions regarding repentance, forgiveness, cultural taboos and how a country might collectively acknowledge the crimes perpetrated in its name before they are forgotten to time. 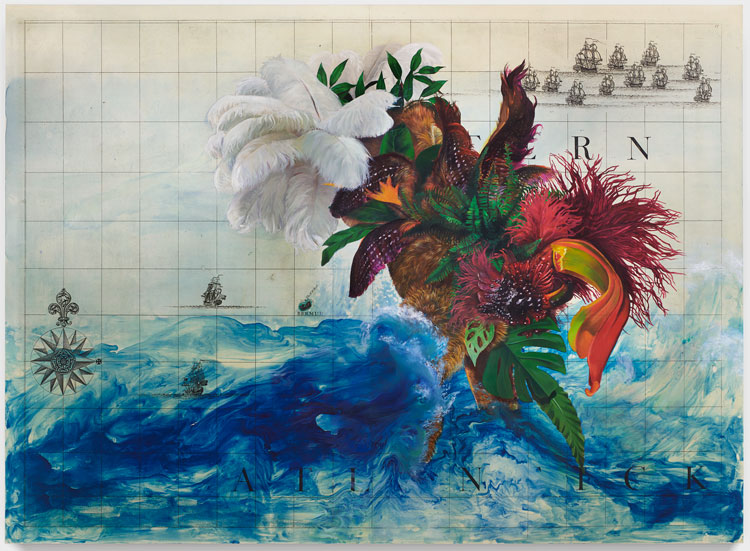 A concern with racial injustice undergirds Báez’s flamboyant paintings, which employ fantasy imagery and archival material to explore issues of cultural identity and the history of the Afro-Caribbean diaspora. Her large-scale canvas, Untitled (A Map of the British Empire in America) (2021), depicts a mythical shapeshifter from Dominican folklore known as a Ciguapa. Emerging from a turbulent Atlantic Ocean, the figure hovers over a vintage map showing the tiny island of Bermuda, which remains a British overseas territory. Eighteenth-century sailing ships surround the creature, which is constructed from a curious conflation of plant and animal forms, evoking the patchwork identities of those displaced from their homelands. While Báez’s investigations into diasporic communities are of central importance, these themes are overshadowed by the work’s visual allure. 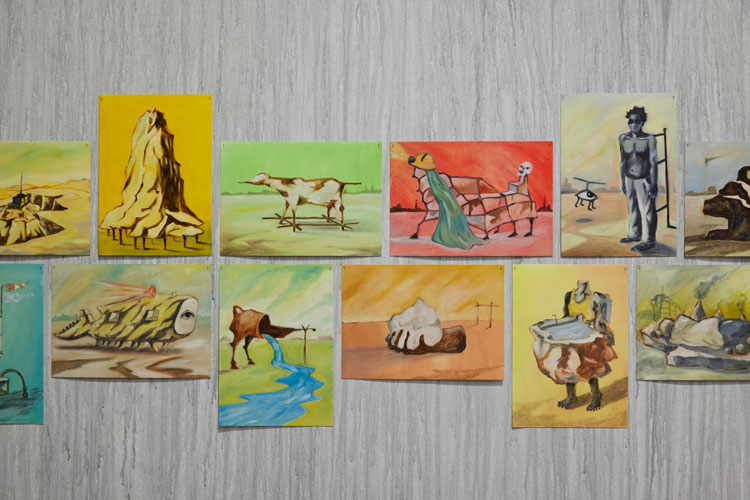 Pachpute also employs an eccentric visual language. Take, for instance, Museum Menageries (2020), a cluster of 40 works on paper depicting nightmarish visions of human and machine hybrids, macabre animals and desolate landscapes. Recalling folklore and legends, these images draw heavily on surrealist aesthetics. Yet Pachpute’s subject is not the stuff of dreams, but rather the very real and degrading impact of the global mining industry on people and the landscape. It is also personal – members of the artist’s family have for three generations worked in the mines of Chandrapur in central India. While exploitation is a key theme here, so, too, is resistance. Hung like a theatrical backdrop, his large unstretched canvas, The march against the lie, 1A (2020), shows the image of a clenched fist, signifying solidarity, unity and protest. 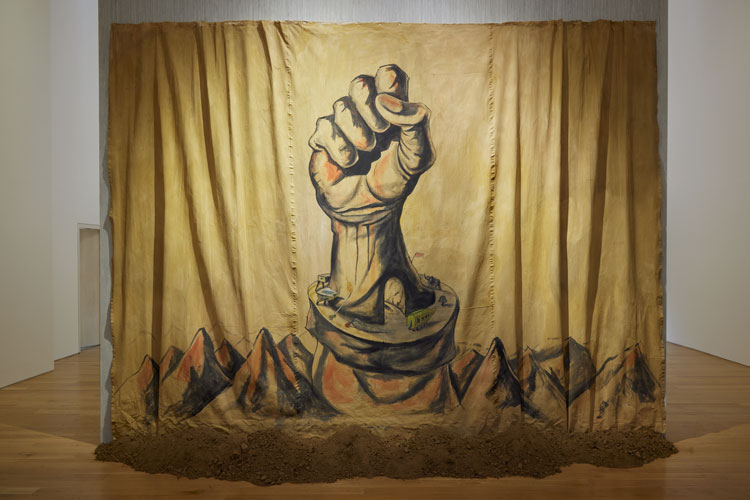 Damage to the land is explored in the mesmerising non-linear 16mm film and video projections of Beatriz Santiago Muñoz (b1972), filmed in her home country of Puerto Rico. About Falling (2021) highlights areas of the island that have undergone dramatic change, while Black Beach/Horse/Camp/the Dead/Forces (2016) focuses on attempts to heal and repair the polluted environment of Vieques, an island off Puerto Rico’s eastern coast that, for 60 years, was used as a bombing range by the US Navy. 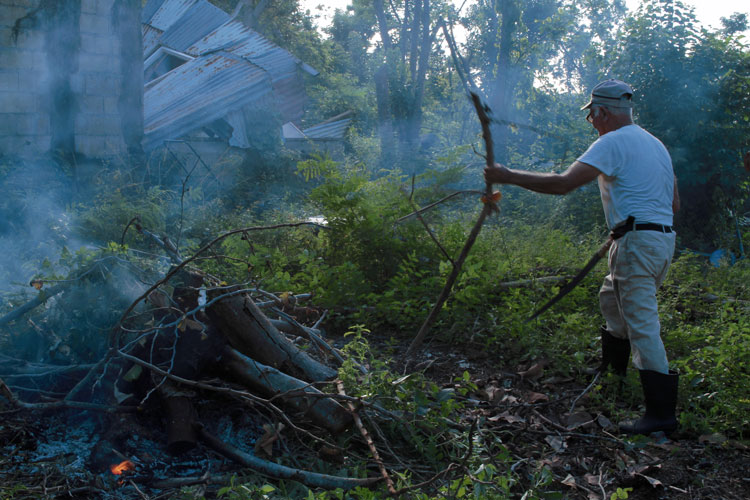 Elsewhere, Gosila (2018) pictures the devastation wreaked by Hurricane Maria in 2017 while also revealing colonial wounds that have yet to heal. The film is projected through a piece of fresnel lens from a lighthouse damaged by the storm, which creates dancing lights on the ceiling. Like so much of Artes Mundi 9, this is an installation that needs to be seen in person. 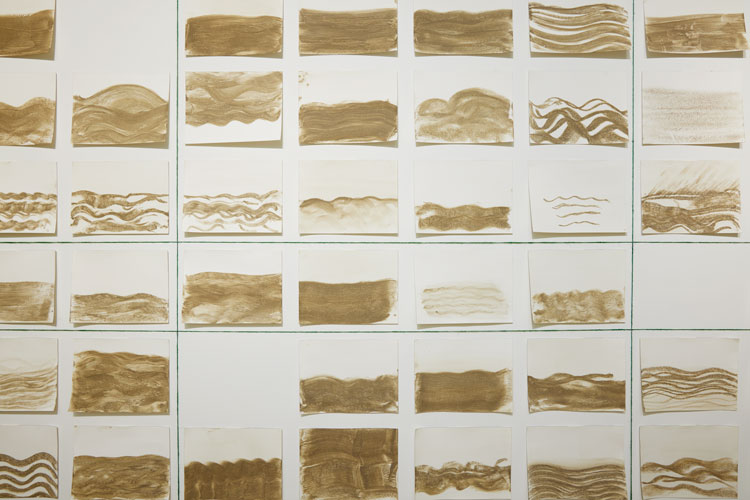 Soil and the history it holds is integral to the drawings and installations of the South African artist Dineo Seshee Bopape (b1981). At Chapter, Master Harmonizer (2020) covers the walls with more than 1,000 drawings made with earth collected from sites linked to the transatlantic slave trade, including the James River in Richmond, Virginia, and Île de Gorée off the Senegal coast at Dakar (infamous as a departure point of slave ships). Evocative of simple landscapes and seascapes, these drawings are made with a range of marks, from light and minimal to turbulent. Soil from Welsh sacred sites also covers the walls of Bopape’s installation (Nder brick) ___ in process (Harmonic Conversions) (2020), which combines various objects to create a homage to the Nder women of North Senegal, who in 1819 immolated themselves to avoid being taken as slaves. This is haunting and affecting work, the true power of which cannot be felt online. 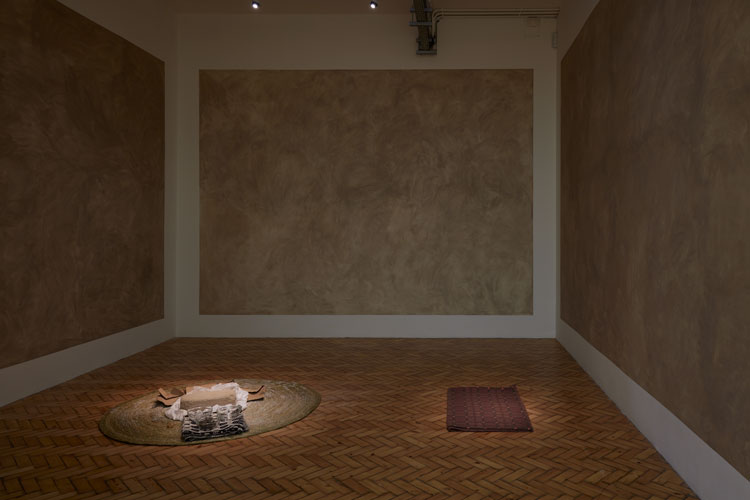 The Artes Mundi team must be congratulated for its digital offering, which until the galleries are open again is well worth a visit. However, the rich, poignant and highly compelling work of this year’s shortlist demands to be experienced in person. “Don’t worry, we’ll hold hands again,” declares Weems’ billboard at Chapter. Let’s hope it is sooner rather than later.

• The Artes Mundi exhibition runs until 5 September 2021 at the National Museum Cardiff, Chapter and g39. The digital version is available online until in-person visits are possible after Wales returns to Tier 2 Covid restrictions. The prize announcement will be on 15 April 2021.