Although hardly a 'movement' in the conventional sense, Arte Povera has stayed in the mind of a whole generation of artists and curators from the l970s. The curators we know have succeeded — Nick Serota, Rudi Fuchs and Germano Celant. Now it is Serota's turn to host Celant's baby, Arte Povera (Poor Artists). Appropriately, this show comes to the Bankside Duomo as a perfect complementarity — the walls, the already patinated floors, the light, the near contemporaneity of the architecture — Arte Povera comes for final oblations and consummation at the high altar of 20th century art. Tate Modern itself elevates the works, the artists, and defines Arte Povera as a precedent for much that has currency today. 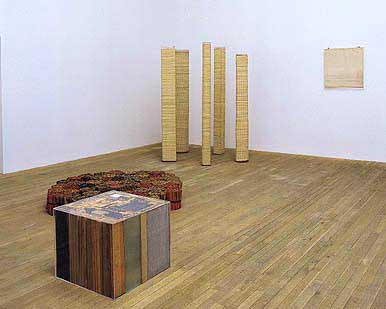 Running from the early l960s to mid-l970s, the Italian selection includes the 14 main protagonists of Arte Povera. In London they clearly confirm their influential status in l990s British art. Among the leaders, it is Jannis Kounellis who still seems most relevant today, and who still reveals that underlying gravitas and purpose some others have difficulty in sustaining 30 years later. There is no need for a time-frame, and perhaps rightly the viewer is left to form his own connections.

Perceptible historically today are those first rumblings of a pan-European reaction to American consumerism, which, rightly for Italy, remains the unofficial custodian for much that can be differentiated as 'Euro-culture' today. Style is here to be parodied and pilloried. Germano Celant, appropriately himself from outward-looking Genoa, first coined the name Arte Povera in l967. In a sense Arte Povera has never quite left us: it offers a specious scepticism and scrutiny of the perceived 'idea', and the resultant object stays as valid, even shocking to Tate Modern's new public, as it did then. Less convincing, however, are the efforts of the accompanying catalogue to entrap this genie, to crystallise thus in time Arte Povera's message, and to avoid freeze-drying it all as a curatorial exercise in vanity — better just to rely on Celant's definitions of the time. The Amalfi festival in October 1968, was the immediate flashpoint for the group, as defined by Frances Morris, the show's London curator. (Richard Long was also there.)

Arte Poverahas redefined the never-ending zones of creative responsibility. Indeed, the full title of the Tate exhibition, ‘Zero to Infinity: Arte Povera l962-l972’ is self-explanatory in this connectivity, of artists, yet individually, on their own terms. It might be the antithesis of a movement — that was how it was always urged by Celant to conceive itself. Such divergent works as Paolo Calzolari's ‘with no other smells than mine’ or Marisa Merz's ‘Untitled (Living Sculpture)’l966 in aluminium typify this tendency. The works as a whole seem to fulfil two agendas. The first, essentially Italian, sought to dismantle, by elegant shock tactics the heavily bourgeois art of the past there, which craved post-war acceptability. The second, by contrast, had challenged the new materialism of consumer economics and its internationalised global reach in an inherently anarchic manner, but with style too.

Today, Arte Povera continues by definition to escape categorisation. At that time these artists had no concept of posterity. Later, they learnt to create signature works to gratify, somewhat reluctantly, the pressing attentions of dealers. If Celant coined the title, it was Gilberto Zorio who still deserves first mention — Jannis Kounellis' parrot is no longer, it seems, allowed to sit on its perch. For Kounellis has good-humouredly written a note in charcoal for all to see: ‘That bastard who murdered my parrot — if I get my hands on him I'll kill him’. In l967 it was enough to carry the simple title, ‘Untitled’, l967.

In the past Caroline Tisdall had rightly seen Arte Povera as, ‘A series of fragments of plaster casts as used by Michelangelo Pistoletto, by Paolini, and Kounellis — fragments of meaning and fragments of words combined with fragments of material.’(In: Materia: the context of Arte Povera. Italian Art of the Twentieth Century, Prestel, l989.) If anything more, Arte Povera was the apotheosis of Minimal Art. Usefully, Achille Bonito Oliva and Tommaso Trini, in Rome and Milan respectively, cornered the Italian art gallery network behind Arte Povera. The rest is history.

The grouping process was external to the artists: curatorial convenience was served thereby in mounting increasingly international shows. Studio International played its part, but as Tisdall has emphasised, the cultural context remained steadfastly Italian. The plaster cast world of classicism was repeatedly pillaged by Paolini, it was reflected by Pistoletto, and taken back into Greek mythology by Kounellis. To fully comprehend Arte Povera we have to immerse ourselves in that elegant, seductive and emergent consumerism of post-war Italy; its mechanistic idolatry, the Fiat 600s, the Vespas and Lambrettas available to all, the tune of 'Volare', the whiff of espresso and the flash of the counter embellishment. Such tunes of hope and glory were compromised by boom and slump, but underpinned by growing pay packets, forcing migration from south to north, and duly counterbalanced by regional industrialisation, producing Alfas in the south. As for a whole generation, most of the artists concerned had grown up in wartime, especially older ones such as Pino Pascali. There is a Pasolini-like strain of interest in the Povera 'other' life — a concern for its plight. Fifteen million southern Italians, after all, had migrated to the north in this period, with the massive social disruption so caused.

Perhaps one must, as Cor Blok pointed out in l982, understand that with Pop, Op, Minimal, Hyper-realism, Conceptual Art , Arte Povera, Body Art, Fundamentalism, and other innovations tumbling over each other's head, practically in the interval between one Documenta and the next, such controversies lost all significance (as reflected in his l982 Stedelijk exhibition). Against that avalanche, the fragmentary episodes of Arte Povera only now increase in historical relevance. 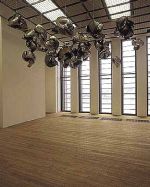 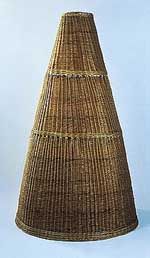