The exhibition captures the ingenuity and playfulness involved in critical perception, with more than 50 artists basing works on historic artworks to form contemporary pictures 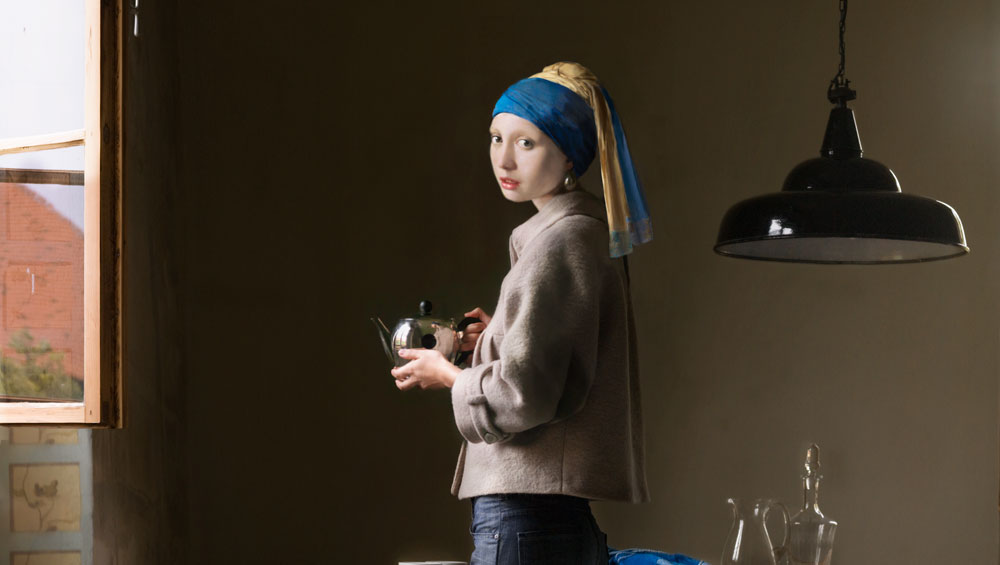 Over the past six years, the Museum of Contemporary Art in Kraków (MOCAK) has been hosting a series of exhibitions with specific themes that tackle important areas of life. For each show, the work of multiple artists has been brought together in the same space to explore artists’ different perceptions of a given theme. The first of the series, History in Art, was held in 2011, and it focused on the way that society and individuals interpret history and historical events. Each year since History, MOCAK has explored a new theme “taken from life”: Sport, Economy, Crime, Gender and Medicine. The most recent of the series, however, has taken a slightly different angle. Art in Art does not tackle a topic taken from life, but instead, in a clever and witty twist, illustrates the semantic games that artists use to explore a variety of issues.

The curators of Art in Art – Delfina Jałowik, Monika Kozioł and Maria Anna Potocka – have assembled an impressive selection of more than 50 artists from Poland, Germany, France and elsewhere to confront this year’s theme. The exhibition halls are filled with images plucked from masterpieces and famous characters – images from art – that have considerable potential for semantic play. Artists have taken advantage of this potential, availing themselves of historic artworks to form a more contemporary picture.

Take German-Austrian artist Dorothee Golz (b1960), for example, whose series Digital Paintings is included in Art in Art. For her photographic series, Golz has cropped the faces of women from famous paintings by Jan Vermeer, Leonardo da Vinci, Hans Holbein and Hugo van der Goes, and placed them on the bodies of contemporary fashion models. One of Golz’s works takes its title from a 15th-century portrait, La Belle Ferronnière (or Portrait of an Unknown Woman), usually attributed to Da Vinci, although the piece is still shrouded in mystery. In Golz’s 2007 print, the woman’s solemn face sits incongruously on the slim body of a fashion model in a cropped T-shirt and jeans, who juts her hip towards the camera, wraps her bare arms around her waist and hooks a thumb in to her jeans in an alluring pose. Alongside this is The Pearl Earring (Der Perlenohrring) (2009), for which Golz has made use of Jan Vermeer’s well-known 17th-century oil painting. In her rendition of the masterpiece, the face of Vermeer’s portrait, adorned with a headscarf and a pearl earring, finds herself on the body of a model in a quaint kitchen, dressed in blue denim jeans and a beige jacket, holding a silver teapot poised to pour. The faces of La Belle Ferronnière and The Pearl Earring juxtaposed with their alien bodies are out of place in their new and unfamiliar environments, drawing attention to contrasting methods of representation in old and contemporary art.

Also included in the show is a series of sculptures and photographs by French artist Léo Caillard (b1985), called Hipsters in Stone (2013). When he began this project, Caillard used photographs of actual sculptures, which he then dressed using photomontage. He later progressed from this: instead of manipulating sculptures via photography, he started to make life-size copies of the selected figures using marble, which he dressed in ordinary summer clothes. One statue, of a woman elegantly leaning against a cloth-draped post, holding on to a piece of cloth (all carved in white marble), has been dressed casually in tight jeans and a T-shirt printed with anchors. Items of modern clothing are bundled carelessly around the base of the statue, manipulating the elegance of the draped, marble cloth into a disorderly mess. With their new looks, Caillard’s statues take on contemporary identities such as “elegant”, “hipster” and “sportsman” and, dressed as they are, the poise and finesse of the originals take on a humorous tone.

Anka Lesniak (b1978, Poland) has adopted a feminist stance, covering herself in bright crimson paint and photographing herself in various poses, her nude body strewn in mocking elegance across a white sheet. The series is called Top Models (2009) and replicates the poses of women painted by Francisco Goya, Paul Gauguin, Diego Velázquez and Titian. Lesniak draws attention to the way in which the old masters reduced the female body to “painting fodder”, and the women’s resulting anonymity. In a video that accompanies the photos, Lesniak stands nude and painted, reciting the biographies of these women.

Richard Tuschman (b1956), an artist from the US, shifts the witty semantics of artists such as Golz and Caillard to a more meditative tone. Several works have been selected from Tuschman’s series Hopper Meditations (2012-13) for this exhibition at MOCAK. The series is a response to the work of the American painter Edward Hopper, and also reflects the Wall Street Crash of 1929 and the devastating social and political situation that followed. “Placing one or two figures in humble, intimate settings, he created quiet scenes that are psychologically compelling with open-ended narratives,” Tuschman has said of Hopper. The images for Hopper Meditations are composed using photomontage – the background is made up of miniature models constructed by the artist. They capture domestic scenes of solitary individuals or couples in pensive poses: reading in an armchair, working at a desk, staring out of the window, draped across the bed. They appear alienated, akin to those figures that Hopper depicted in his paintings. In each of Tuschman’s renditions, light cascades from the window and on to the furniture and figures, creating a graceful shift between light and shadow, one that contributes to the melancholy of the scene.

From the sophisticated, humorous twists of Golz and Caillard, to the pensive scenes of Tuschman’s reflections on Hopper, Art in Art is charged by idiosyncratic takes on masterpieces. MOCAK has brought together an admirably multinational and wide selection of artists to explore this year’s theme, giving its viewers a diverse range of semantic games to solve. The exhibition captures the ingenuity and playfulness involved in critical perception, and the multifarious opportunities of representation through art. 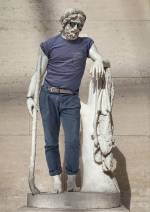 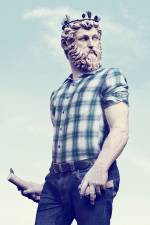 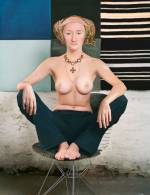 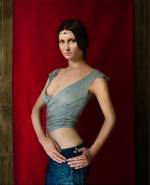 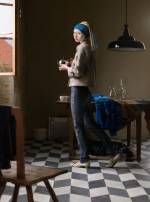 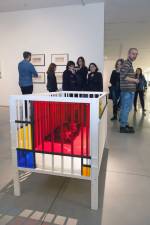