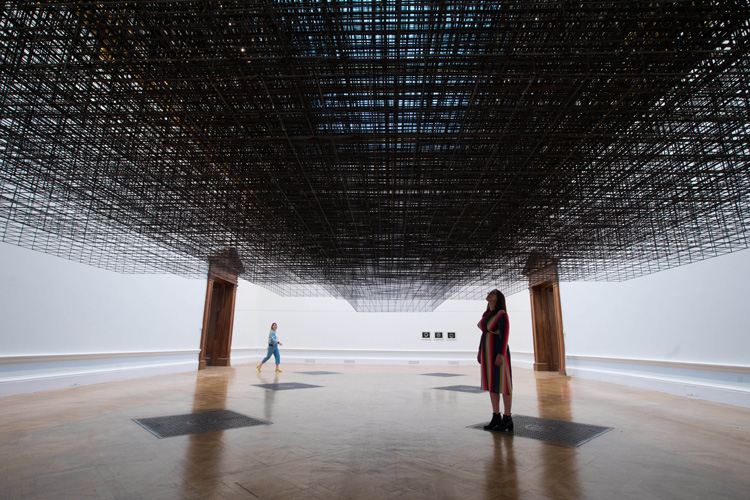 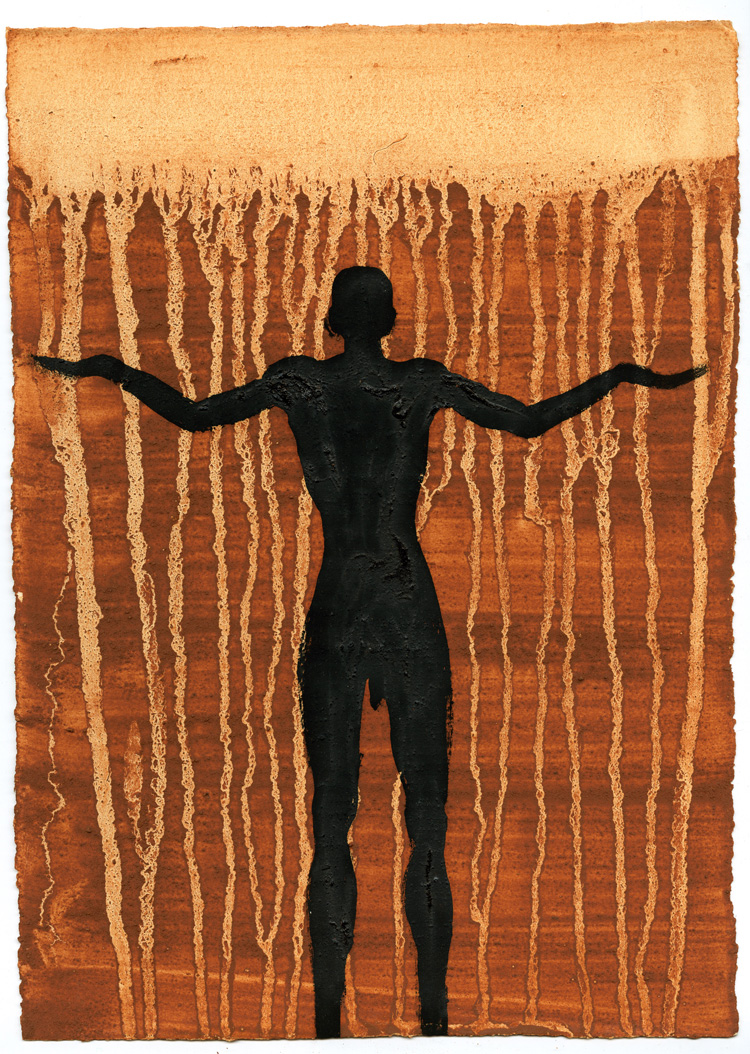 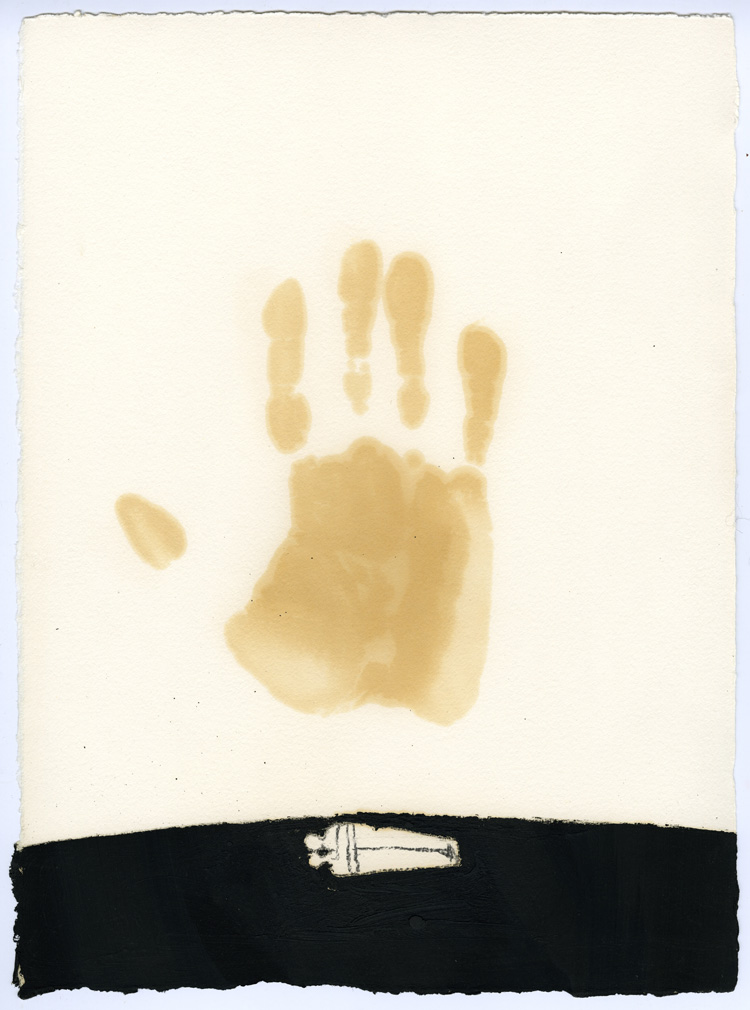 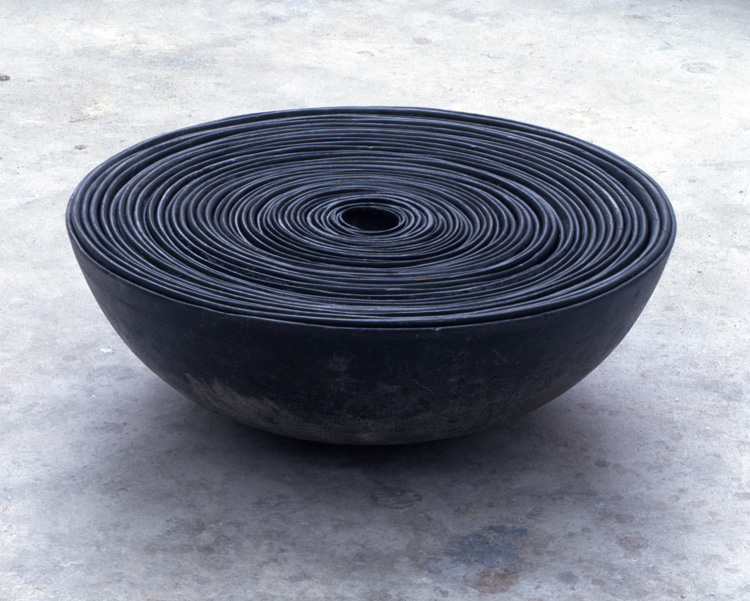 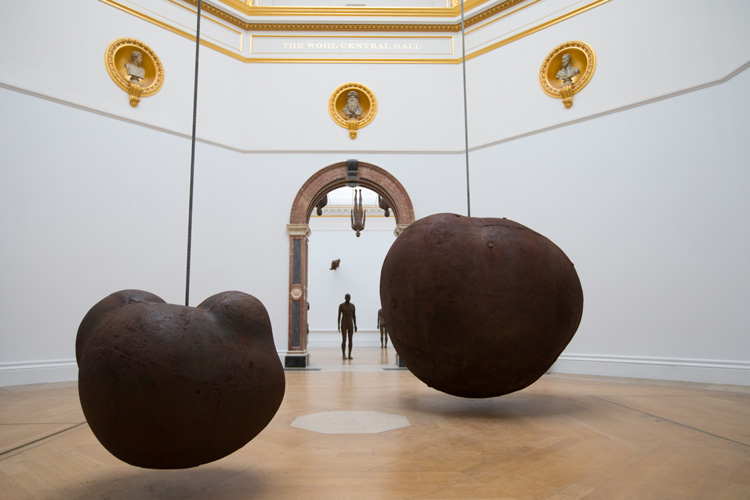 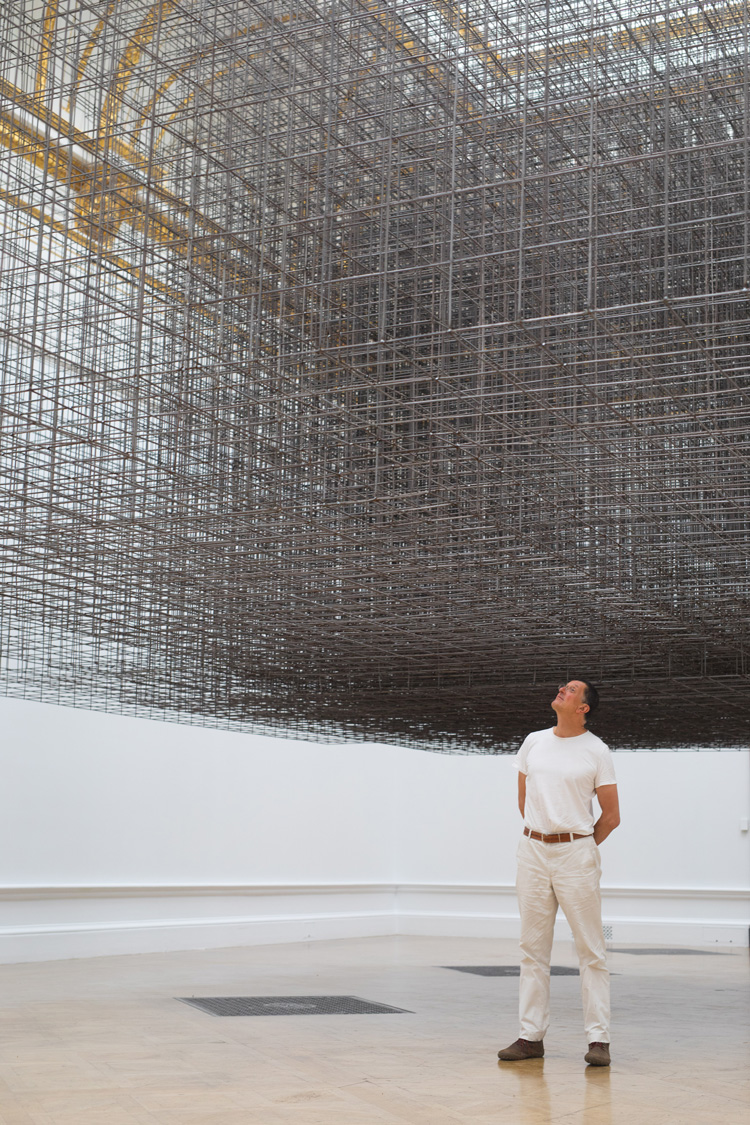 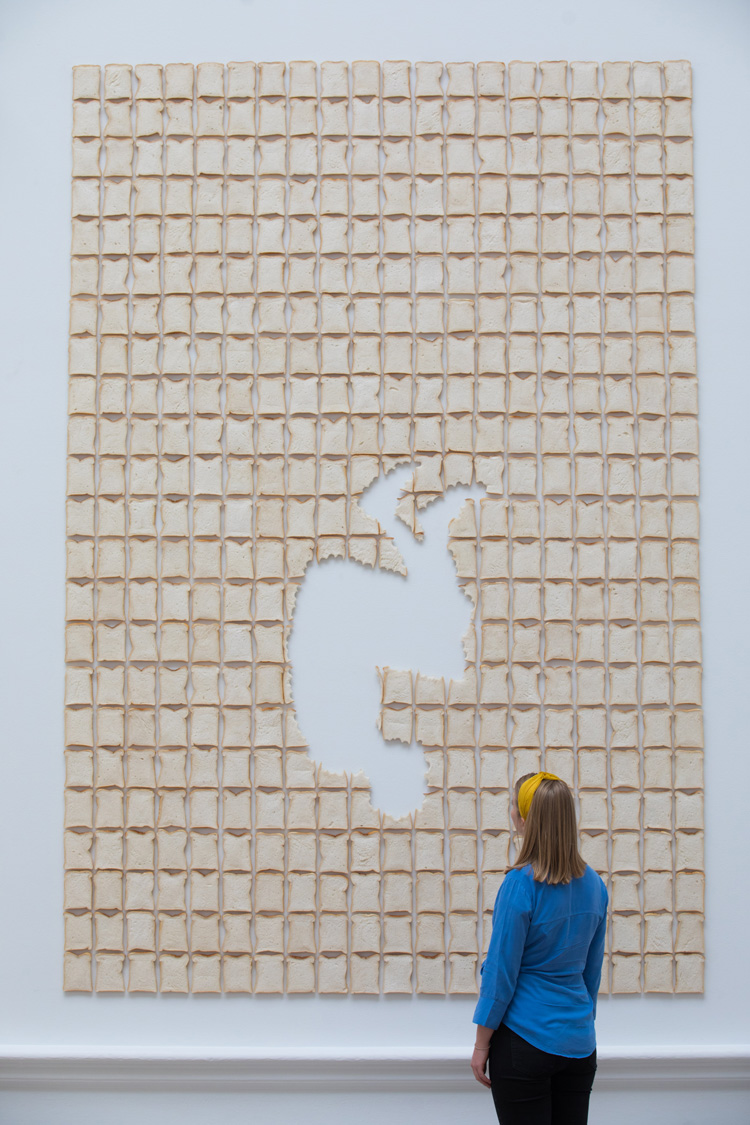 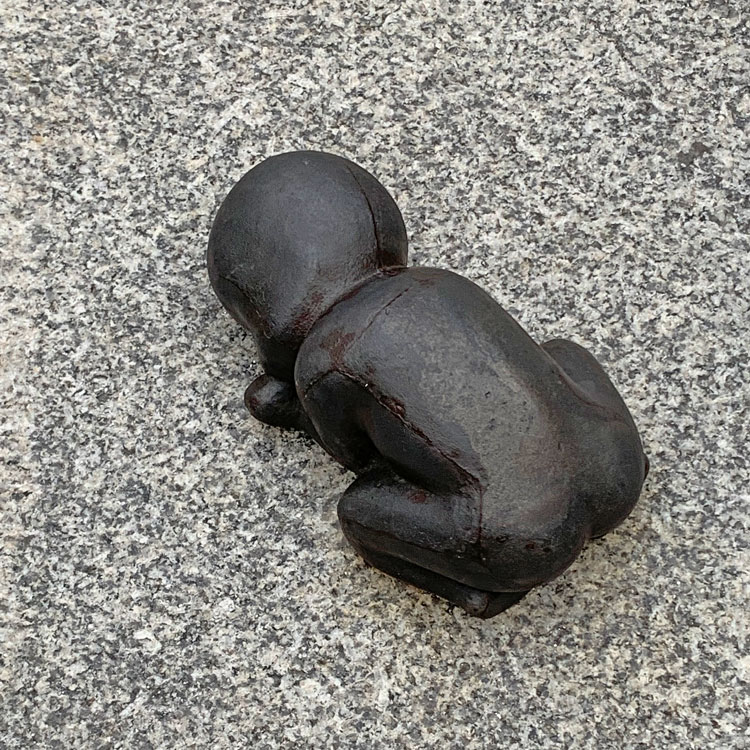 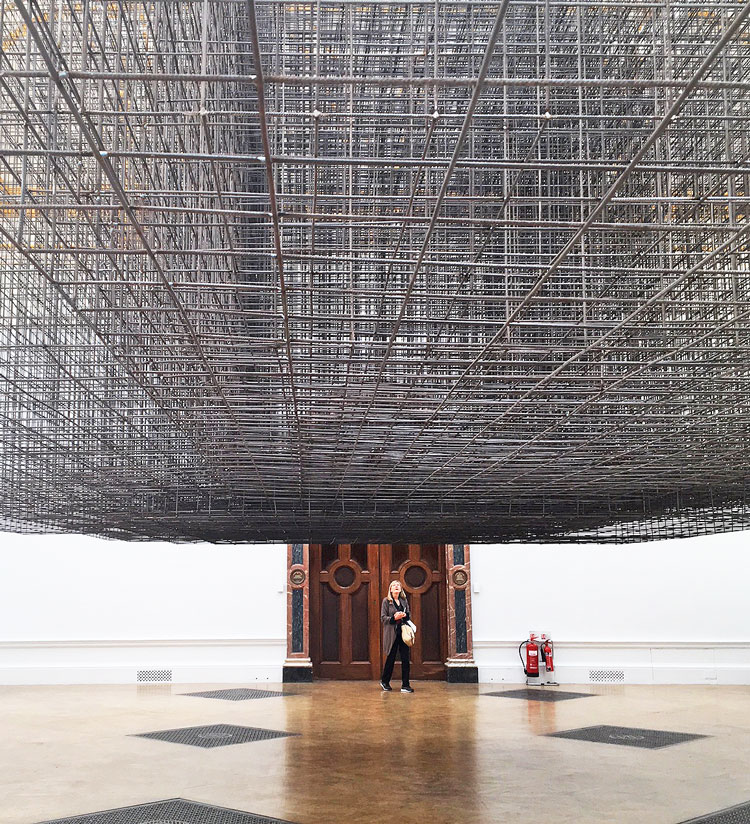 There is metal everywhere in this engaging exhibition, which contrasts the gigantic with the minuscule, but it is the drawings that steal the show

Sculptor Antony Gormley (b1950) is best known for the life-size casts of his own body, rendered in lead and fibreglass or in cast iron. Located out of doors, usually in multiples and often in coastal locations, the beaches of West Wittering in West Sussex and Crosby in Merseyside, for instance, have long been home to Gormley’s “body cases”, hollowed out shells of human form that disappear and reappear with the movement of the tides. Meanwhile, his well-known Angel of the North (1998) in Gateshead, Tyne and Wear, is on a different scale entirely: visible from afar, it stands 20 metres tall with a wingspan of 54 metres. 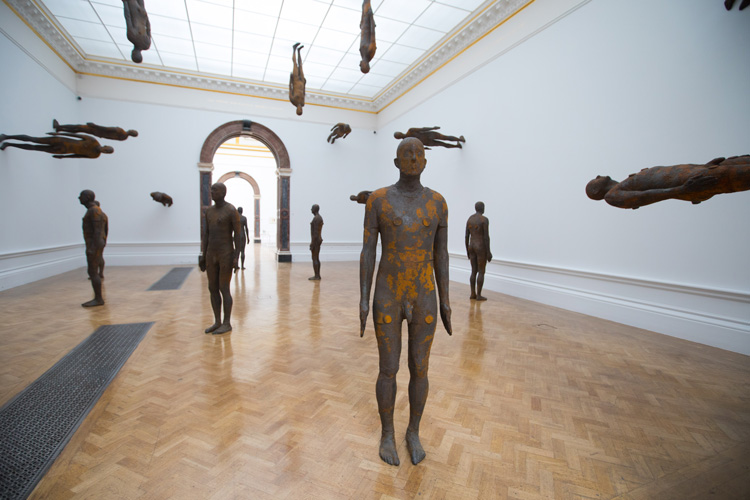 Such contrast in scale is similarly apparent in the works included in this exhibition at the Royal Academy, which, appropriately for Gormley’s work, begins outside. The tiny Iron Baby (1999) installed in the Annenberg Courtyard is tender and vulnerable, yet Gormley calls it a “bomb” because of its density, energy and potential. Inside the Royal Academy galleries, things very quickly change. I don’t propose to take you through all 13 rooms, but there are certainly highlights worth talking about. 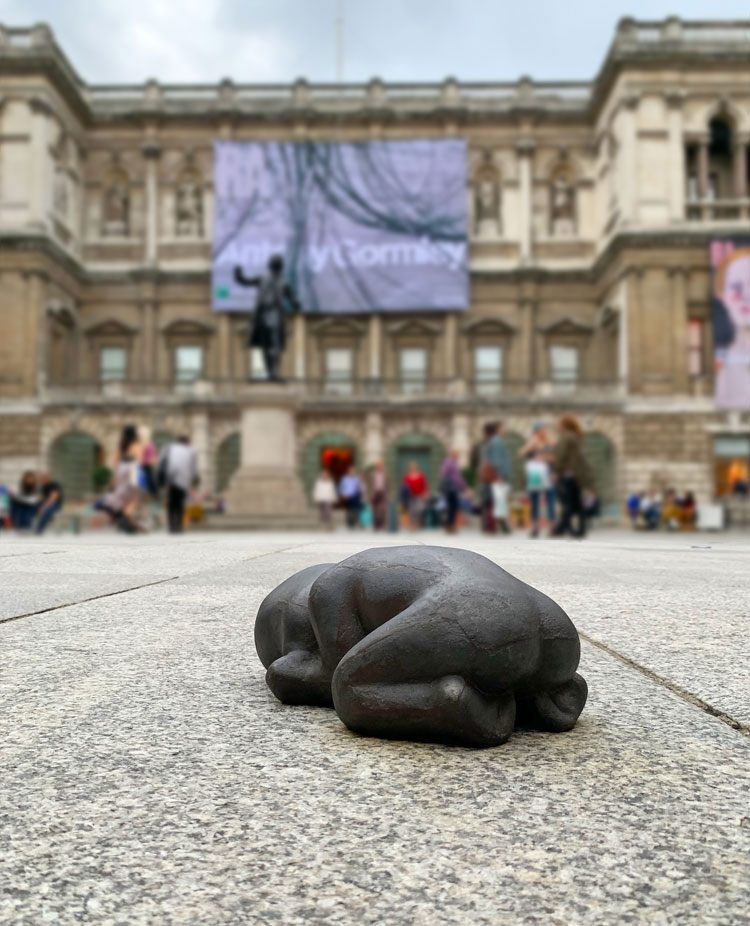 Much of the work, such as Clearing VII (2019), is made for the space in which it is shown. It is fashioned from 8 km of aluminium tube, coiled and then allowed to unravel itself in the gallery space. Wild, messy coils of metal fill the room, crossing over and through each other, pressing against the walls and making a tricky space for visitors to negotiate as they clamber through it. Gormley talks about Clearing in terms of “drawing in space”. 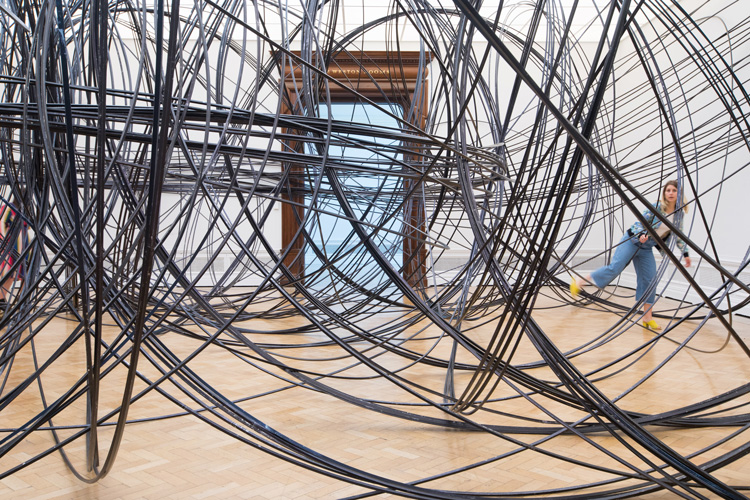 The exhibition text suggests that its coils of metal “evoke the sub-atomic paths of electrons, or the frenetic scribbles of a child”. This, along with the idea that the work challenges the very condition of sculpture, seems far too serious. This work is fun and more akin to the adventurous childhood experience of climbing through the undergrowth and fallen trees in woodland than anything else.

Matrix III (2019), also designed for the gallery in which it hangs, is a rather different experience. Walking beneath such a vast structure suspended from the ceiling is disconcerting enough, but when you learn that there are six tonnes of steel up there, it becomes oppressive. The structure is architectural, but it is open, with a central void that Gormley refers to as a  “space of dreaming”. 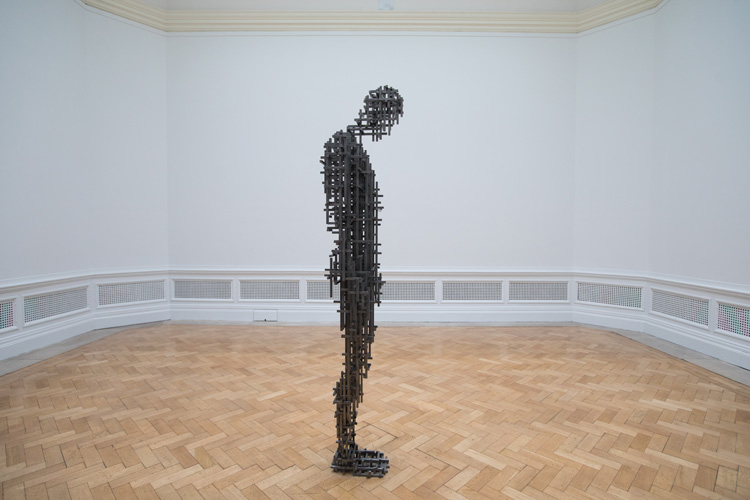 There is so much new work in this exhibition that it seems unnecessary to spend time on the cast figures he has been making for decades. The one figure I do want to mention is Subject II (2019). Not cast in Gormley’s usual manner, but constructed from vertical and horizontal steel bars, this solitary figure stands in a small space, turning our attention inward. With its slightly bowed head and awkward aloneness, there is a poignancy about it that engenders empathy in the viewer. 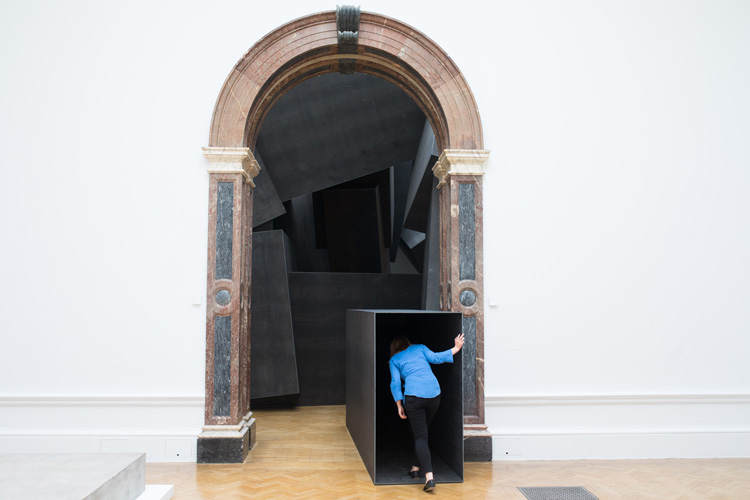 Cave (2019) is the funfair ride of the show. Its huge steel sections join together to make a room-sized structure redolent of the human body. Clambering through its dark interior spaces is something of an act of faith as it is at times too dark to see anything at all. With an outstretched hand feeling along its walls, there is excitement and apprehension until you emerge somewhat relieved in the next room. 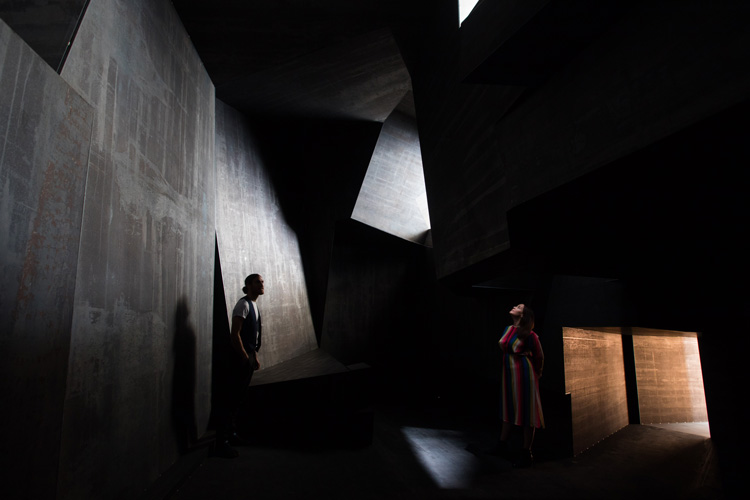 Host (2019) covers the floor of an entire gallery with earth and seawater, and the obvious incongruity of organic materials filling such a grand space is visually apprehending. The air is tinged with the pleasant smell of  the salty water, although I imagine it may become less pleasant as the weeks and months pass and the materials react with the surrounding atmosphere. As with other works, the Royal Academy’s interpretation of Host is overly poetic – “a primordial soup of matter, space and time”. I am not convinced of its suggested profundity, but it is pleasing nonetheless. 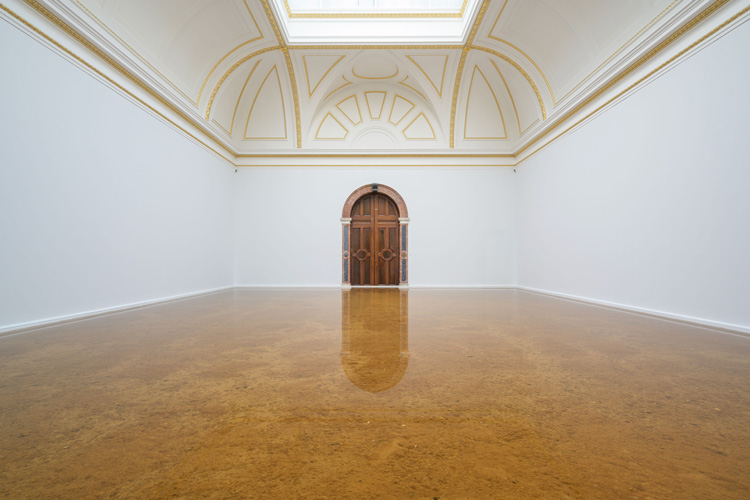 Gormley’s workbooks and drawings are new to me and I really appreciate their honesty. It is always a privilege to view an artist’s workbooks, the beginnings of ideas and tentative drawings. These are intimate spaces of exploration and their provisional nature is their strength. This is where Gormley tests ideas. He describes drawing as “a kind of magic, a kind of necessity … an attempt to fix the world, not as it is, but as it exists inside me”. It is a daily activity for him.

The drawings displayed in this exhibition use a wealth of materials – black pigment, linseed oil, charcoal, casein and the artist’s own blood. Gormley does not make drawings as studies for individual sculptures. Rather, he sets out the beginnings of ideas that are later investigated in various sculptural works. 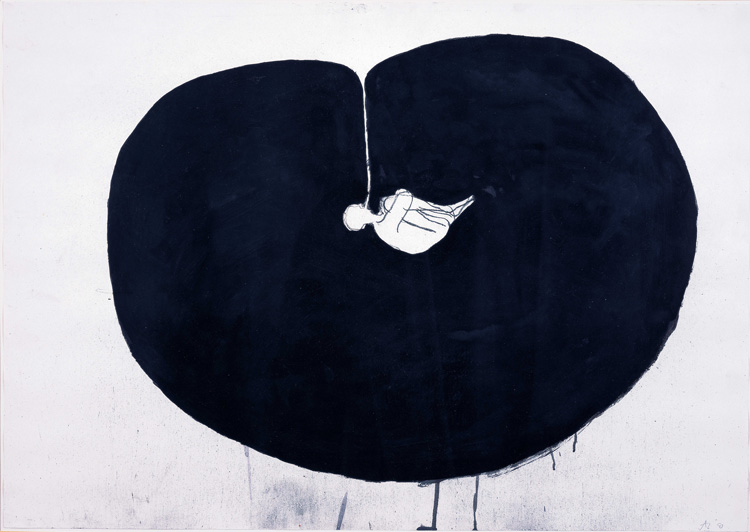 Like his sculptures, the drawings conjure up the experience of being in a body. For me, his drawings achieve this even more so than his sculpture. These drawings evoke emotions that affect the body physically through the respiratory system, musculature and circulation. While some of these works on paper seem quite straightforward, others are more difficult to read. For instance, in Headway (1989), a single figure in the centre of the composition walks into the distance, but is it leaving behind a troubled past, or moving towards a new future? Perhaps the answer is both, but we will never know. It is that ambiguity that makes it so engaging. 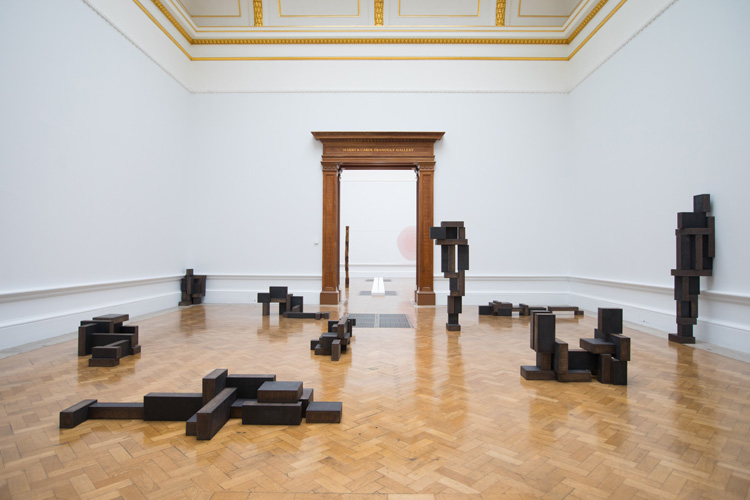 The main material of this exhibition is metal. From the tiny Iron Baby in the courtyard to the six tonnes of Matrix III and the enveloping Cave, metal is used on a vast scale. It is surely an exhibition designed for popular appeal and there is no doubt it is fun. It is designed to wow – with works such as Host and Clearing – and it does that, too. Gormley has largely moved on from the cast figures of his own body that preoccupied him throughout the 80s and 90s to make large-scale works that invite the viewer to further experience their own body.  These are experiences worth having, but if you really want to understand Gormley’s work better, look at his drawings and his workbooks, a daily almost meditate practice that reveals more about his thinking than clambering through a steel “cave” ever will.