Antony Gormley: ‘Looking back at the paths you have taken is a really important exercise’

Antony Gormley: ‘Looking back at the paths you have taken is a really important exercise’

The artist talks about collaborating on a major new book about his career, the evolution of his work, and the impact of childhood on his practice 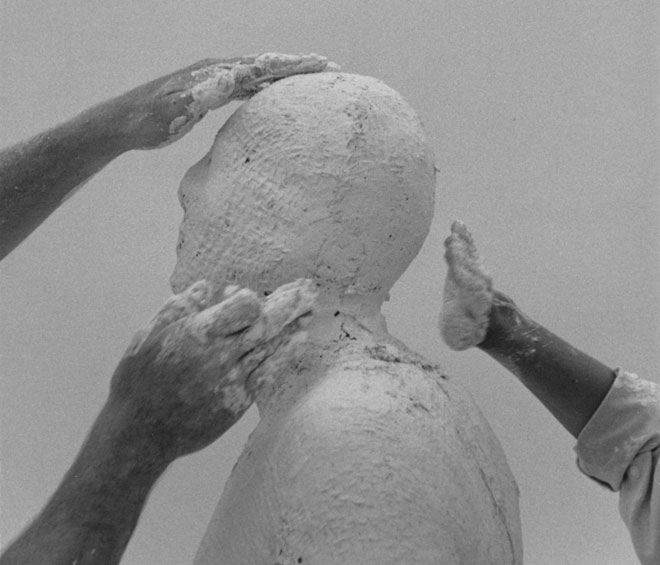 Antony Gormley (b1950, London) has spent more than three decades exploring the possibilities of sculpture, specifically thinking about the relationship of the human body to space and time. His first solo exhibition was at the Whitechapel Art Gallery in 1981, preceding a number of important shows including Antony Gormley(1993) and Field for the British Isles (1994), which toured to several venues; Domain Field (Baltic, Gateshead, 2003); Blind Light (Hayward Gallery, London, 2007); Bodyspace (Sean Kelly Gallery, New York, 2012) and Antony Gormley: CAST (Alan Cristea, London, 2016). However, the artist is probably best known for his major public works that have populated beaches (Another Place, 1997), hilltops (Angel of the North, 1997), lakes (Inside Australia, 2003), the roofs of buildings (Event Horizon, 2007-16), public squares (One & Other, 2009) and bays (GRIP, 2015). Last month, after a long-standing collaboration between between the artist and Martin Caiger-Smith of the Courtauld Institute, a comprehensive book on Gormley's work was published. 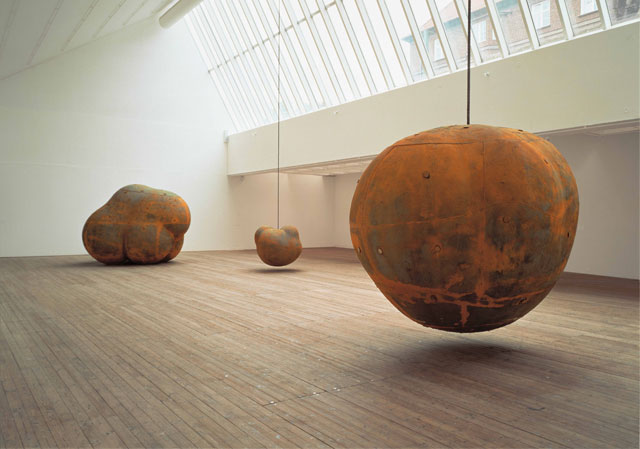 Allie Biswas: How did this book come about?

Antony Gormley: Rizzoli came to me, about five years ago now. I felt that if we were going to do this properly, it would have to be a real collaboration. Somebody would need to spend a lot of time with me, as well as looking at the archives in the studio. Since Martin [Caiger-Smith] had done such a good job on the Tate monograph, from 2010, we asked him. He agreed, and I think he's done a brilliant job.

AB: Where did you start? Did you already have an idea about what you wanted the book to be about?

AG: We decided that it should be chronological, and be the story of the work, not the story of me. So it was about starting at the beginning. Where biography was relevant, we put it in. But I was always keen that the biographical should be at the surface. The book is also, in a way, a story about the evolution of sculpture. This is a serious, scholarly look at the development of my work. 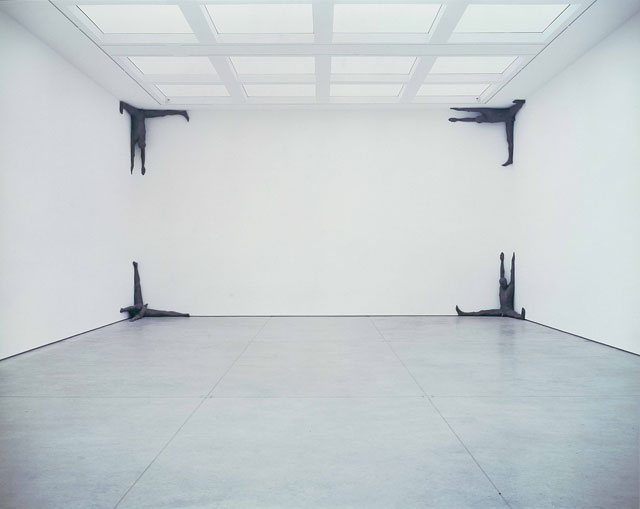 AB: One of the highlights of the book is the level of access it offers into your studio and archives. I know Martin wasn't a stranger, but how did you feel about letting someone into such personal, and maybe private, spaces?

AG: Well, yes, I have known Martin for 35 years, so it was very friendly. He had access to project archives, but also to my personal diaries and my drawings. I felt comfortable allowing him that access and I think it shows. He also ended up with about 70 hours of voice recordings. The book is unusual, I think, for this kind of format. If you look at the Louise Nevelson book published by Rizzoli, for instance, which was given to us as an example – it's very much in the form of a scrapbook, with letters and contextual material about what she might be looking at, as well as a skeleton chronology. I wanted to do something that was closer to the real story – that wasn't a pond-dipping effect, but rather more integrated and in-depth. It is to Martin's credit that he took all that on board. It's a sizeable text, somewhere between 70,000 and 80,000 words. While coffee table books are usually just propaganda, this is a really serious digging into what the work is, where it fits in, and how it came about. 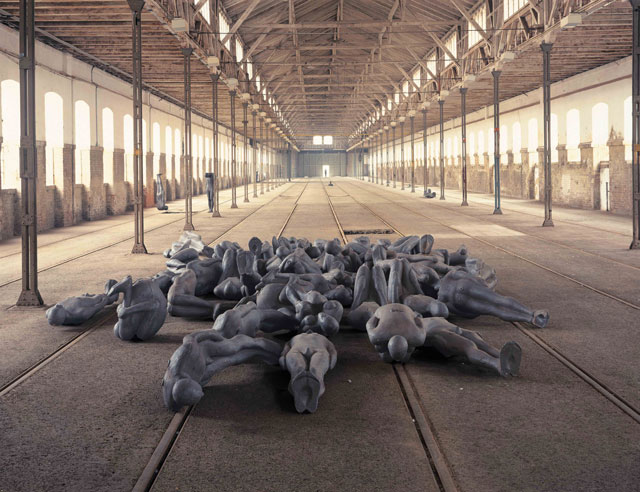 AB: Presumably working on a project like this, which brings up many elements from the beginning of your career, encourages a lot of reflection?

AG: Broadly speaking, what is the point of an exercise like this? I think it is to share the evolution of thinking. And, actually, it's rather remarkable to have a third party – rather than it being just you and the work – who is looking at what steps you have taken and then trying to make sense of them. They are trying to weigh them up in terms of importance. That's a really exciting and interesting exercise. It helps you. You have tools and you have materials, but the most effective tool is your brain, in a way. Researching the possibilities in your own work, and looking back at the paths you have taken, is a really important exercise.

One of the leitmotifs of the book is the recognition that growing up close to the sea and being sent away to Yorkshire, for school, were both really important. This exposure to the elemental forces and landscapes during my early childhood, and the fact that I am now passionate about putting work by the sea – the reasons for that are both an increasing interest in the social responsibility of sculpture, but also an interest to connect to those things that I experienced very young that made me feel more alive. 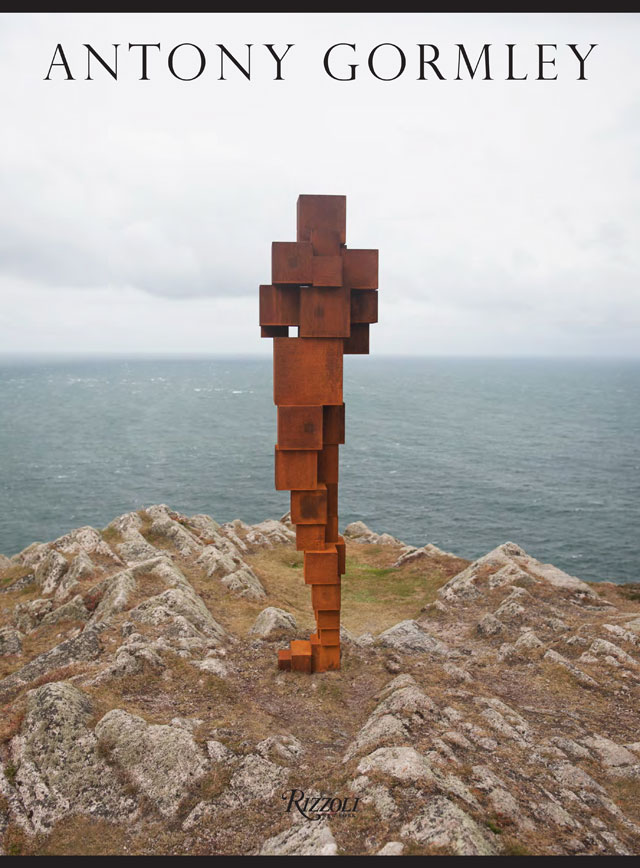 Antony Gormley, written by Martin Caiger-Smith, is published by Rizzoli.

AB: The cover of the book, which shows your Landmark Trust installation on Lundy Island, sets the tone, in that respect, signalling the importance of these types of landscape on your work.

AG: Yes, the flip case of the book carries an image of a work that I made last year for the Landmark Trust. The sculpture is on top of a cliff that looks out towards America, across the Atlantic. It emphasises that the works of our time do not have to be seen against the institutional background of a museum, or the white cube of a gallery, but can be seen in relation to time and the elements. You may not think that is a very radical idea – and it isn't; it is what sculpture always was. Sculpture was a thing that didn't need the protection – intellectual or physical – of institutional support. I think that is still something that interests me. 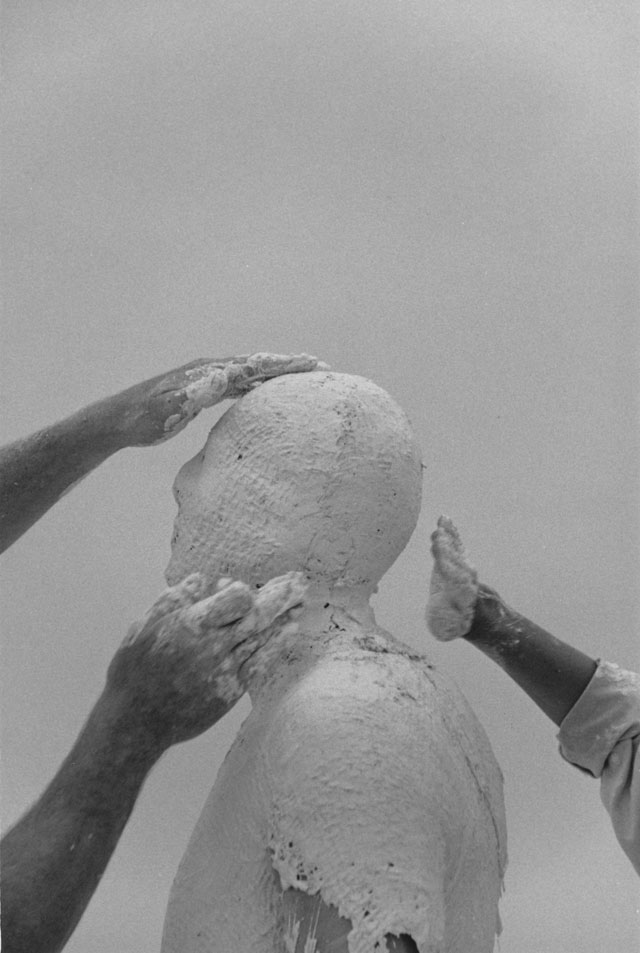 AB: The casting of your body has been a critical part of your career and has evolved over the course of it. The book presumably charts this journey?

AG: It is important to say that all of the early works are moulds – they are body cases, not casts. They are hollow cases made around my body – not casts of my body. Then, around the end of the 1990s, I realised that you could use them as models. So all the earlier pieces were hollow, presenting a human space as a void. I then made solid body forms that were made out of iron. I think I then started wanting to find the body-as-space, so I replaced anatomy with a kind of physical pixellation. That moved into these constructed architectural forms, which is where we are at right now. The central premise of this is: why make another body when you've got one already? Why make a body that is a perfect copy in terms of representation, when in fact you are interested in the body as a place, as a space; as a place of dwelling? So the advantage of using your own body is that you are not obsessed with what it looks like, but you are quite in touch with what it feels like.

AB: What about the role of drawing? We see many of your sketches in the book.

AG: Drawing is not the foundation of the process of making sculpture. I do make drawings that are, as it were, prescriptive, diagrammatic drawings that are to do with the business of making sculpture. But I am more interested in drawing as a way of liberating the mind and perhaps thinking of mind-body or mind-space issues. Drawing is an open place of possibility that runs parallel to the making of sculpture, but is very different from it, because it doesn't have any of the constraints of procedural determinism.

Antony Gormley by Martin Caiger-Smith is out now, published by Rizzoli.