Architecturally inspired sculptor Alice Aycock says she hoped to capture the "energy of thought and ideas colliding and being transmitted outward" in her series Paper Chase Park Avenue, consisting of seven painted aluminium and fibreglass sculptures recalling wind currents, whirlpools and spinning tops and referencing paper models made by architects and the Russian Constructivists. 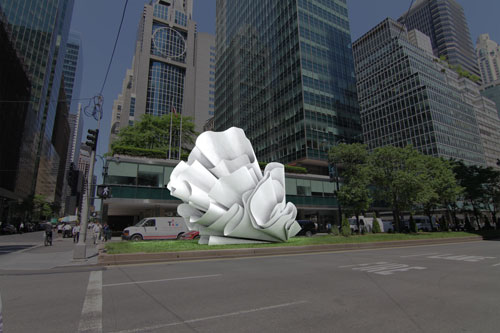 The exhibit follows on the heels of a major retrospective of her drawings shown in New York in 2013 and travelling to the University of California, Santa Barbara, this year.