AlanJames Burns: ‘I’m embedding the cave with an assumed consciousness that is Mother Earth’

AlanJames Burns: ‘I’m embedding the cave with an assumed consciousness that is Mother Earth’

Burns guides us around the cave where his latest installation is taking place and explains that, historically, caves have played a vital role in the simultaneous evolution of consciousness and creativity

Deep underground in Worksop, Nottinghamshire, an artist is at work. At Creswell Crags, a complex of caves, where, 13,000 years ago, painters produced what is now Britain’s only surviving example of Ice Age Rock Art, the Irish artist AlanJames Burns labours in total darkness, putting the finishing touches to his immersive psychoacoustic sound artwork Entirely Hollow Aside from the Dark. 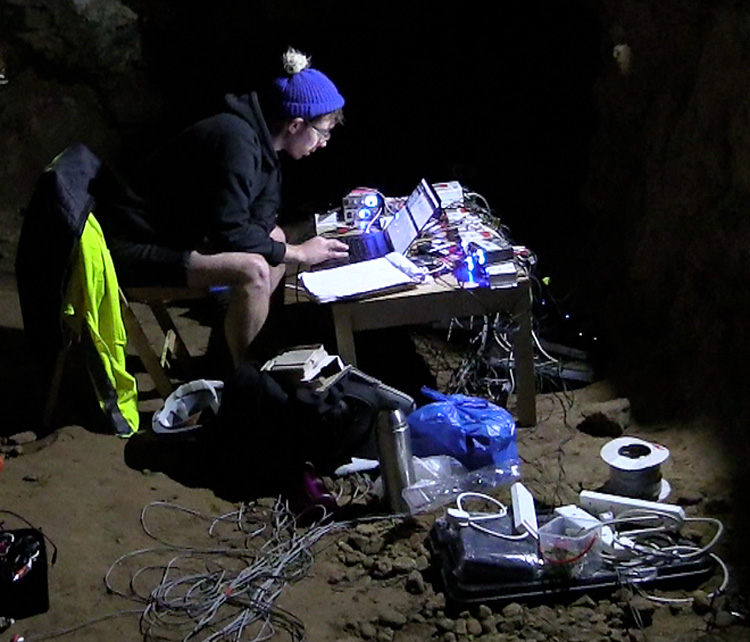 Following a successful Irish tour, Burns and his creative team are installing a new version of the work, a collaboration between the writer Sue Rainsford, the sound editor Ian Dunphy and the psychologist Claire Howlin. Using the cave as a metaphor for Mother Earth struggling against the ravages mankind is inflicting on her, the 30-minute multichannel sound installation aims to highlight the stigma around mental health as well as encouraging environmental sustainability. 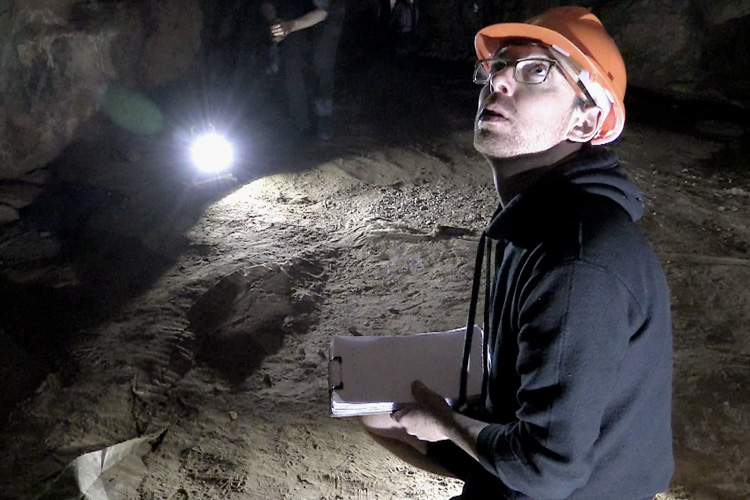 Burns shows Studio International around the cave, where 25 speakers are hidden in nooks and crannies in order to “bring the cave to life, to make it breath and talk”. It is, he says, “a very sensory experience” for the audience, and the history of Creswell Crags with its Ice Age art, along with a collection of witches’ marks, believed to be from the 17th and 18th centuries, have helped to shape his work. Caves, says Burns, have always played a vital role in the simultaneous evolution of consciousness and creativity.