A View of Africa, From the Inside Out

A View of Africa, From the Inside Out

Africa is a vast region that now comprises more than 50 nations. Created through a long history of ethnic and cultural alchemy, Africa and the people who live there defy easy categorisation. Faced with the complexity of defining what is 'African', the media has tended to use a shorthand that reduces the African people to a few well-known images: poverty, civil war, political corruption and disease. The photographers and multimedia artists featured in 'Snap Judgments: New Positions in Contemporary African Photography', which opened in March 2006 at the International Center of Photography (ICP) in New York City, resist prevailing views of their country, their history and their identities as 'African' artists. Their works testify that only through the individual creative responses of African artists themselves can one get a truer sense of Africa and its people.

From Egypt's Doa Aly, Morocco's Ali Chraibi and Algeria's Omar D (Daoud) to Sénégal's Mamadou Gomis, Kenya's James Muruiki and South Africa's Kay Hassan, these artists fully represent their homeland, geographically and culturally. More so, their interests and approaches are contributing to, and becoming part of, contemporary international photography. Most of the almost 300 works by 40 artists were created during the past five years, and include works specifically commissioned for the exhibition. A number of these artists have never before shown their work in the United States. All have been affected by the dramatic and continual process of change that their continent has been subject to throughout its history. As they examine issues that are unique to their situations as Africans, the artists in 'Snap Judgments' also participate in, and comment on, contemporary life in a global nation. While visitors to the exhibit will gain a clearer view of current realities and daily life in Africa, the issues and images presented have much broader implications for anyone seeking to understand how notions of gender, race and class, and the dominant role of technology and the media, are shaping the world in which we live.

'Snap Judgments' is the first project undertaken at ICP by the center's new adjunct curator, Okwui Enwezor. During the past decade, Enwezor has served as an independent curator. Perhaps best known for his work on 'In/Sight: African Photographers, 1940 to the Present', held in 1996 at New York's Guggenheim Museum, Enwezor has brought African art and artists to a world audience. Like 'In/Sight', 'Snap Judgments' urges visitors to see the images on view as an opportunity to rethink their ideas about African artists, culture and history. Enwezor has identified themes that can be detected in the photographs, multimedia installations and performance art that form the exhibition's local responses to international media coverage and tourism; views of the African body; national identity in light of a colonial past; urbanisation; and technology and institutions that symbolise 'modernity'.

Historically, studio portraiture has held a prominent place in African photography. More recently, African photographers have moved away from the classical studio aesthetic and aligned themselves with the experimental and performance arts, documentary and fashion photography. Oladélé Ajiboye Bamgboye plays with the tradition of studio portraiture in his gelatin print diptych, 'Arise I and II' (1991/97). Bamgboye was born in Nigeria and lives and works in London. Trained as an engineer, here he becomes the photographer and subject of two self-portraits that literally turn classical portraiture on its head. The faceless figures seem to merge with the staged background. They are dark, shadowy, and impossible to 'read' as character studies. Or are they, perhaps, more valid as character studies than the dressed-up photographs taken to present the sitters at their best and most artificial?

Johannesburg native Kay Hassan's work also takes a close look at character and identity. Hassan's large photo collage, 'Negatives 1-6' (2006), features polaroid backings taken by photographers who set up outside government buildings, offering their services to those in need of head shots for government documents. Hassan retrieved the backings, castoffs of an industry built to satisfy the needs of a political machine, and used them to question the place of individual identity in a society closely regulated by the state. 'Negatives' is a very personal and creative attempt to revive these castoffs - the proofs of individual lives - which have been left to be forgotten except by those who care to acknowledge their existence.

Yto Barrada's 'A Life Full of Holes' (1998-2004) provides another view of lives that have been placed on the line as a result of public policy. Yto was born in Paris and now lives and works in Paris and Tangier. In this series of six chromogenic prints, Barrada expresses the danger that faces those hoping to emigrate from Morocco to Spain across the Strait of Gibraltar, as a result of the EU's decision to close the strait to Moroccans without visas. Despite the fear of dying during passage or being captured, people continue to make the journey. Barrada's photos depict their intense desire for escape and the mythic dimensions that the strait now has in the minds of Moroccans.

Andrew Dosunmu's work in the fashion and music industries has garnered him worldwide acclaim. Born in London, he was raised in Nigeria, and now lives and works in New York. His first position in the fashion industry was as a design assistant for Yves Saint Laurent. Later, he worked as a creative director and fashion photographer for many international magazines. The breadth of Dosunmu's vision provides evidence of the expanding goals and expectations of African photographers. He has worked on an award-winning documentary (Hot Irons);served as creative director on album covers and music videos (including Isaac Hayes, Tracey Chapman, Aaron Neville); and directed episodes of a South African television series that focuses on post-apartheid education policy.

To portray contemporary urban Africans, Nontsikelelo 'Lolo' Veleko combines portraiture with fashion photography. Veleko was born in 1977 in Cape Town and lives and works in Johannesburg. This young, urban African artist uses fashion and graffiti to expose prevailing images of young Africans, by showing them as they are: modern men and women interested in art and life, which is reflected in their colourful, fashionable clothing. Veleko is a member of the Market Photography Workshop, which was founded in 1989 by South African photographer David Goldblatt to teach photography and visual literacy to South Africans who could not receive such an education under apartheid. 'Cindy and Nkuli', from the series 'Beauty in the Eye of the Beholder' (2003-04, pigment prints on paper), shows two young women dressed in vibrantly coloured, stylish dresses. There is nothing casual or haphazard about the fire engine-red stockings on one, the lemon mini dress on the other and their delicate heels and strappy platforms - this apparel recalls the ladylike outfits worn in the West nearly half a century ago and contradicts the typical view of urban blacks and their street clothes.

Tracey Rose's striking images will remain in viewers' minds long after they leave the exhibit. Rose was born in Durban, South Africa, and lives and works in Johannesburg. A multimedia artist whose mediums include film, photography and performance art, Rose draws on the official stories and symbols of Christianity; theories of human history; Western stereotypes of Africa; gender and racial biases; and sexual taboos. In the series 'Lucie's Fur Version 1:1:1' (2003-04, Lambda photograph), she proposes her own view of race and sex in the context of Western Christian art. In 'The Messenger', Rose layers meaning and symbol, creating not only a portrait of Lucie, the 'African Eve', but also a dialogue with viewers. Lucie is an ancient hominid discovered in 1974 in Ethiopia (the year Rose was born). Researchers believe that Lucie may have walked upright and is a relative of very early transitional hominids; creatures who lived about the time when our common ancestors diverged from chimpanzees. Thus, Lucie's discovery became the centre of an argument encompassing evolutionary theory, religion and race. But while Rose's images are almost guaranteed to provoke a response, they are not mainly confrontational. Rather, there is a playful quality to them that more likely will inspire curiosity. By disarming viewers with her artfully shot burlesques, Rose provides an arena for discussion and debate.

More than anything, 'Snap Judgments' is such an arena. The works collected for the show do a fine job of showcasing the talent and ambitions of many of Africa's most compelling photographers. Their keen eyes bring Africa, its people and their aspirations to light in new and unexpected ways, and help to dismantle limited views of a region that deserves closer scrutiny.

'Snap Judgments: New Positions in Contemporary African Photography' closed on May 28 2006. The show is accompanied by a full-colour, 384-page hardcover catalogue (US$65) published by the International Center of Photography and Steidl Verlag. The catalogue includes an essay by ICP Adjunct Curator, Okwui Enwezor, entries on the works and biographies of the artists. 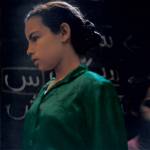 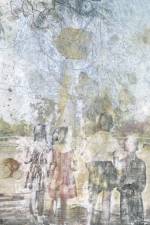 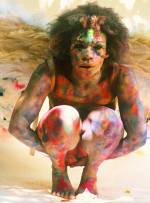 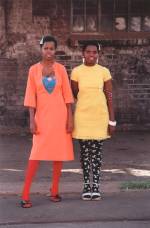