Zhang Enli: ‘I pay attention to the subtle things that you might usually ignore’

Zhang Enli: ‘I pay attention to the subtle things that you might usually ignore’

The artist known for focusing on the poetic aspects of daily life talks about new approaches to painting as seen in his current series of works, which draws on gardens situated in the bustling urban environment of Shanghai 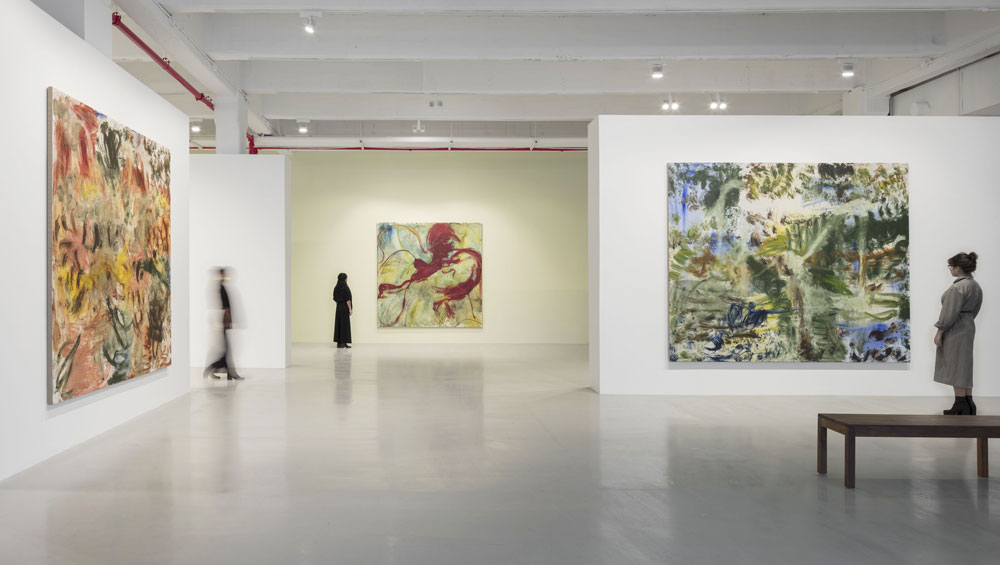 Zhang Enli (b1965, Jilin province, China) is best known for his paintings of everyday spaces and objects, which he began exhibiting in the mid-2000s. These delicately sparse images depict our habitual surroundings – the tops of trees, table surfaces, lights hanging from the ceiling, water fountains and pipes. For his newest series of paintings, currently on view at Hauser & Wirth in New York, the artist has turned to the environment of Shanghai, the city in which has lived since 1989. 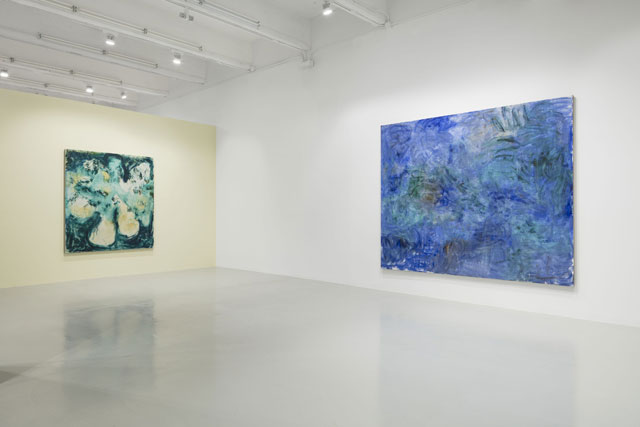 The 14 new paintings on display revolve around the gardens that occupy the third most populated city in the world. As with Enli’s previous works, the subjects here are magnified. But, unlike his earlier paintings, the extent to which the image is inflated reveals a kind of abstraction not previously seen in the artist’s canvas works, detailing an expressionistic and immersive style.

Allie Biswas: When did you start working on the paintings seen in The Garden? They feel like a new development in your practice. Did something propel that change?

Zhang Enli: I started making these works three years ago. This does feel like a new phase for me. I think that focusing on just figurative painting would, in the end, limit me as an artist. 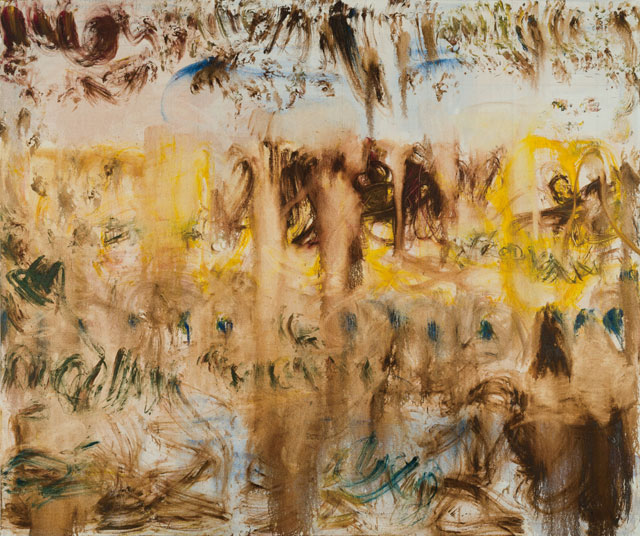 AB: The type of abstraction that is seen in the exhibition is comparable, though, to your Space Paintings series, where you paint a room in its entirety, in a fresco style.

ZE: Yes, the progression to the type of abstraction seen here could be related to the project I carried out at the ICA in London, for example. The experience of doing that show at the ICA was a way to open up my creative process. In these new works, that creativity is opened up in a bigger way. And in terms of this opening, of this expansion, it also relates to the subject matter. Here, I feel as though the subject matter has gone into a different realm. 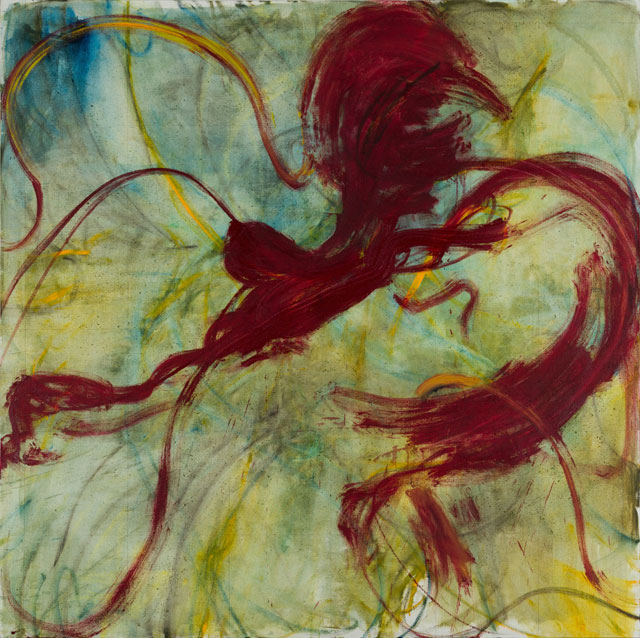 AB: You focus on the environment of Shanghai, your home. Why were you especially interested in the garden landscape?

ZE: Picking out the garden in an urban environment is a way to reflect on the fact that these spaces are not natural. These spaces are artificial, synthetic formations. And they are also a contrast between urban life and authentic nature, somewhere in between. I always emphasise the idea of emptiness. I think this is what becomes the predominant, or most important, element in my work. I pay attention not to the mainstream but rather the subtle things that you might ignore sometimes. 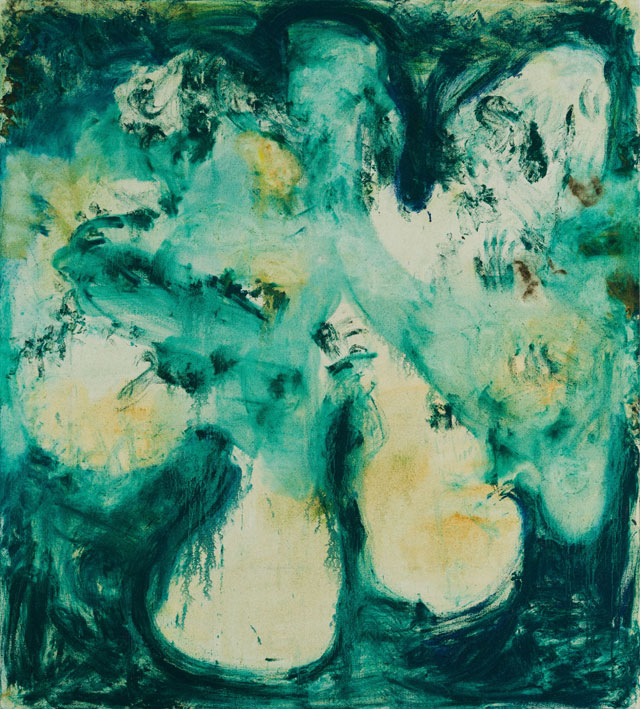 AB: Your earlier paintings reflected a clarity and sparseness. The paintings here are more gestural, conveying a physical movement and more layered textures.

ZE: The idea is to really express something intuitively – something inside me, like an energy or emotion. This new body of work is not all painted by brushes. Sometimes I used my hands, and sometimes I would put paint on to a cloth and apply it to the canvas with that. It is a way for me to break away from the limits of the brush. With these new techniques, there isn’t a clear line, or prominent edges, which makes the painting look fuller and thicker. It is the first time that I used cloth on the canvas, and I suppose some inspiration comes from the Space Painting series in this respect. 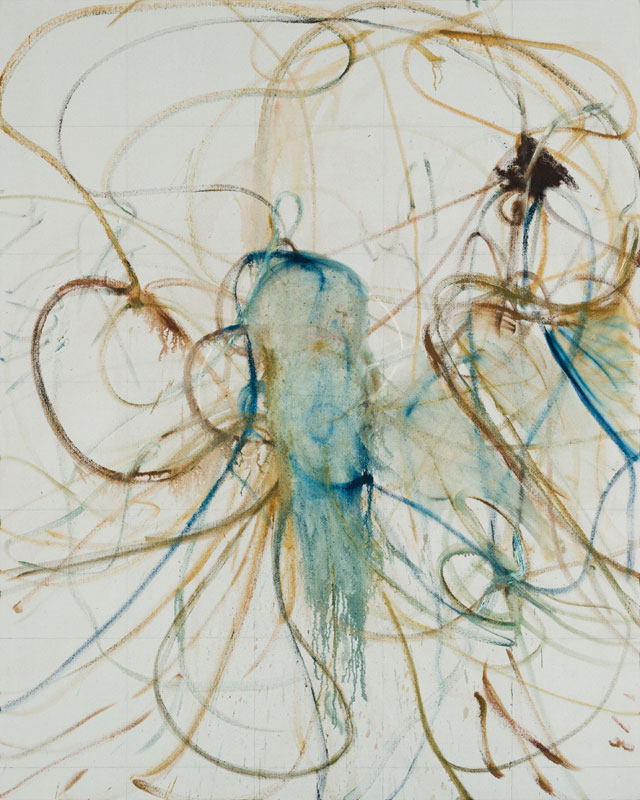 AB: Although you are experimenting with new painting methods, the works here do feel very connected to your earlier paintings that depict figures and objects.

ZE: In another five years, when people look back at these paintings, they will see that they belong to my other paintings – they are all one body of work. If we look at my work to date, the focus was initially on people, in the 1990s. Then, later, it was all about different objects. But this didn't mark change, as such – those objects were a way to reflect on people, actually. These new paintings are projections of my emotions, of my memory. They are a mix of imagination and reality. They’re all mixed up. So from certain, definite objects, my thinking opened up to these types of landscapes. 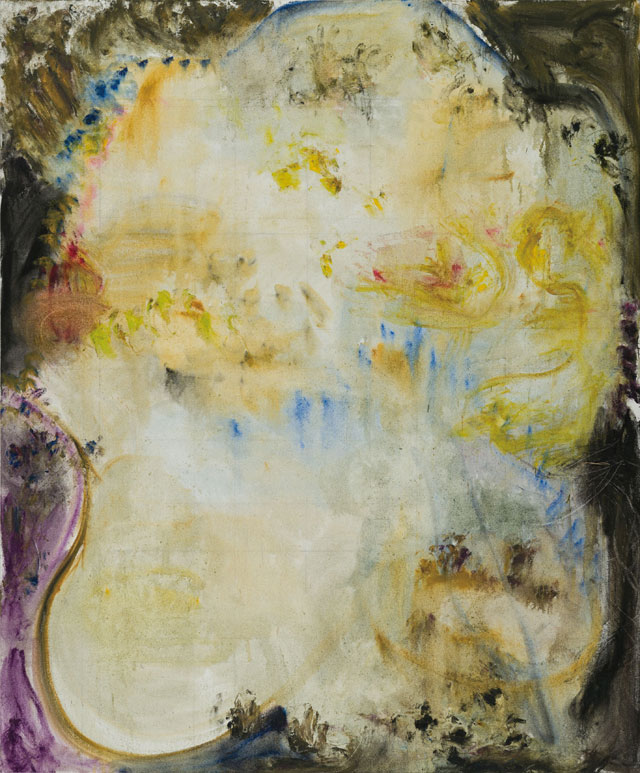 AB: You have previously referred to using photographs as a starting point. Do you still turn to these as a source material?

ZE: My way of creating a work is not consistent. For instance, yes, sometimes I will take a photo of one detail and work from that. Or I’ll just start painting without anything at all; I’m just using my imagination. Sometimes the two things tangle together. I have found that there are a variety of ways to create a work. But in terms of the time frame, I will usually finish a painting in one day. In Chinese, we have this proverb that translates roughly as finishing something in one breath. There is this wholeness that should be achieved – the desire to finish the painting using one gesture. This also reflects a traditional Chinese aesthetic and attitude in general. The subconscious is very important, too. The image comes from that place, I think.