We Will Walk: Art and Resistance in the American South

We Will Walk: Art and Resistance in the American South

Through the work of more than 20 African American artists, this show explores the soul-stirring art of the American deep south, and the stories behind it 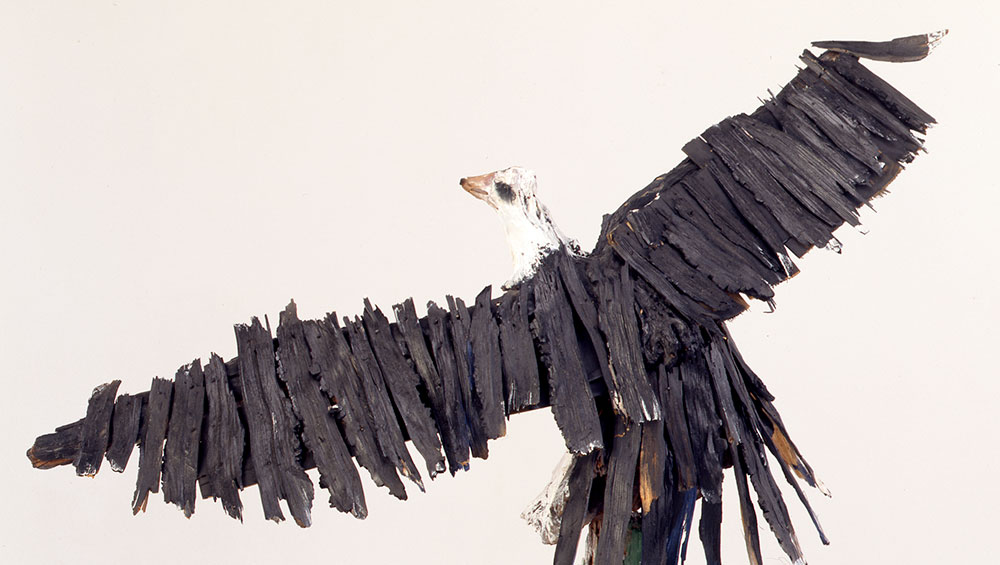 We Will Walk explores the art of Alabama and the surrounding states and is filled with haunting imagery and strange forms. The exhibition was conceived by the British artist Hannah Collins, who spent three years researching the show and meeting the artists of the American deep south. This is the art of the civil rights era, made by African American artists who can remember the violence and injustice of that time.

That these objects are so far from home does nothing to diminish their power, but knowing about their origins is vital to fully appreciating them. Take, for example, the quilts of Gee’s bend (now known as Boykin), a rural outpost nestled in a meander of the Alabama River. It took its name from Joseph Gee, a landowner from North Carolina who established a cotton plantation there, with his 17 slaves in 1816. Many of the current inhabitants are descended from, and still carry the name of, Mark Pettway, the slave owner who purchased the plantation in 1845. This isolated hamlet, which bore witness to so much hardship, would become an unexpectedly significant site in the history of American art.

Despite the poverty, prejudice and toil experienced by the people of Gee’s Bend, the women of this remote place produced beautiful quilts from whatever fabric they could lay their hands on. Scraps of denim and corduroy, work clothes and football shirts were all carefully sewn into wonderfully rich, abstract patterns. These works are now recognised as an important (and continuing) chapter in the history of American art and sell for thousands of dollars. The granddaughters and great-granddaughters of the original quilters are still continuing the work, but times have moved on and they use computers to lay out their designs.

The tradition of the yard show, which is explored here in some detail, is another example of creativity blooming in the face of want. We are told here that, in the south, the yard is traditionally a place for music and expression, going back to the days of slavery. Artist Joe Minter continues the tradition and much of his work is made from recycled materials. Spidery forms are made from welded metals or repurposed wood. One example on display here resembles a starving creature of toil, with appendages made from spades.

Music plays a big part in this exhibition, too, and you can listen to playlists put together by Freeman Vines, a luthier. Several of Vines’ guitars are here, some embellished with patterns, others with carved faces. When Vines went to buy the wood to make one of these instruments, he was told that he might want to choose different timber. It had come from a hanging tree, the vendor said, a tree used to lynch black men. He did research and found names and histories. “I felt the wood was trying to talk to me,” he said in an interview.

That this brutal history is so recent should not be forgotten. A haunting black-and-white photograph displayed here depicts a boarded-up grocery store. This is where 14-year-old Emmett Till was abducted in 1955 after being accused of offending a white woman who worked there. The child was brutally murdered, but his mother insisted on an open casket funeral, so that her son’s mutilated body should be seen and the true horror known. There are photographs, too, by the American documentary photographer Doris Derby, who attended marches and meetings. She was born in the Bronx, New York, but travelled south as an activist during the civil rights movement.

Derby attended the funeral of the four young girls killed during the 16th Street Baptist Church bombing in Birmingham, Alabama (an event that is remembered in other works in this exhibition), and went on to photograph marches, meetings and grassroots organisations. There are images here, too, of Martin Luther King’s funeral procession by Ernest Withers, in which thousands of people line a street in Memphis, Tennessee.

Artist and musician Lonnie Holley (whose grandmother helped dig the graves of the young victims of the Birmingham bombing) is represented here by his music video for the song I Woke Up in a Fucked-Up America, from his album Mith. Holley was one of 27 children and was, to all intents and purposes, kidnapped by his babysitter, who took him with her as she worked as a touring burlesque dancer. He recalls that he was eventually traded for a bottle of whiskey, beaten by foster parents and later hit by a car, an event that nearly killed him. He then picked cotton while detained at a brutal juvenile labour camp.

Holley’s extraordinary story reverberates through his music. The video to I Woke Up in a Fucked-Up America depicts the singer lying on a wrought-iron bed in various settings, including a field, a warehouse and a graveyard. It cuts, too, to Minter’s yard, and features Minter himself, standing among his works, wearing a hard hat. This is a gravelly track, punctuated by a repetitive, heavy brass note, and speaks of nightmarish experiences.

This exhibition has many haunting stories to tell. Bound up in the wood, the stained quilts, the sculptures and photographs is a world so far from rainy Margate and the spotless walls of a white cube gallery that the objects seem rarefied and strange. But they remain powerful and their histories are important beyond words. We are reminded of the most fundamental truths about art and the motifs for making it, about human strength and the importance of remembering. And we are reminded that, even in some of the darkest moments of human history, the drive to create and to communicate persists.