Visions of the Universe

Visions of the Universe

“Here we all are,” tweeted Marek Kukula, public astronomer at The Royal Observatory Greenwich and co-curator of the exhibition Visions of the Universe.1 Kukula’s tweet broadcast the space probe Cassini’s 19 July image of Earth seen from Saturn (approximately 1 billion miles away).

Echoing Carl Sagan’s “Pale blue dot – suspended in a sun beam…”2 Kukula with both his tweet and his exhibition reminds us of our place in the universe and how far we have travelled.3 Although, as Astronomer Royal Martin Rees points out: “Our minds have evolved to cope with the African savannah, but they can also comprehend the micro-world of atoms and the vastness of the cosmos.”4 I, however, find the cosmos, space travel and the idea that we are made of the stuff of stars5 mind-boggling. Scrolling through reviews of the exhibition, it is clear that others have been “startled”,6 “dazzled”,7 “awestruck”,8 or ended up gushing “like the volcanoes of Lo”.9

You don’t need a knowledge of science to appreciate this extraordinary spectacle, but it is not an exhibition for the faint-hearted. If you have an active imagination, you will probably need to sit down a few times to steady your pulse as you negotiate our solar system and – if you have the courage – go on to explore the outer vastness of deepest space. Would that Patrick Moore, to whom this exhibition is dedicated, could lead us through at our own pace, and gently introduce us to the apocalyptic massiveness of it all. As society develops, so our visual senses continue to advance, and we become ever more expectant of a spectacle.10 This exhibition delivers spectacle by the galaxy – and (as with creativity in every discipline), it all starts with drawing.11

The exhibition begins by showing us the technological advancements in how we perceive, observe and record, beginning with a facsimile of Sir John Herschel’s 1835 drawing of the great Nebula in Orion, leading through the first photograph of it, by Henry Drapper in 1880, then David Malin’s 1979 Australian observatory photograph, and finishing with a 2004 Hubble Space telescope image of that same area in space. So we are led from graphite marks directed by the observing eye, to photographic telescopic pictures enhanced by computer imagery.

The exhibition then guides us through our solar system with fabulous images of our moon – our closest neighbour (“drifting away from earth at a rate of about 4cm each year”12), a magnificent projection revealing a lunar cycle, and some lovely drawings from the 1600s by Galileo Galilei and Thomas Harriot. These drawings “revealing the moon’s rugged mountainous landscape … contradicted long-held beliefs of a perfectly smooth celestial body … [they] made us consider the Earth and ourselves in a new way”.13 There are photographs of the Venus transit of 2004 by the German artist Wolfgang Tillmans: “To see a planet actually move in front of the sun gave me a visual sense of my location in space.”14 And then we come face to face with our sun – a massive rolling orb that boils, bubbles, churns and spits out flames, sometimes “hundreds of thousands of kilometres long that violently launch material into space as a coronal mass ejection.” It is truly terrifying: no wonder so many ancients perished in a desperate gesture to satiate the appetite of this brightest visible star.

An important but far less disturbing feature of this show is the panoramic Martian landscape – displayed in such a way that viewers can immerse themselves in the scene. Standing, as it were, on top of the Curiosity Rover, you can look out onto Mount Sharp, scanning a rust-pink desert landscape, where nothing apart from the tracks of the rover itself guide your perspective to determine distance or depth.

The final part of the exhibition takes us into deep space, where billions of galaxies swirl one across the other for ever and ever and ever. Dr Elizabeth Kessler, in her article The Astronomical Sublime in the University of Chicago Magazine,15 examines how the images of discovery from the Hubble space telescope both “awe and inform”. Such images (“Hubble images are made, not born … woven together from the incoming data from the cameras … and given colours that bring out features that eyes would otherwise miss”16), even in their raw state (black and white),17 are so remote from our physical experience that they are almost beyond imagination. Hubble’s images look like something from a movie whose trailer might read: “Turner meets Star Trek in a hellish Dante-esque heaven.”18

Perhaps these startling images being part real data, and part computer-enhanced imagery structured not only to inform 19 but also to render the viewer awestruck in a sea of fog,20 might be termed fictual – a merging of actual and invention. Yet in a show of such sublime imagery, it would be petty to get hooked on pinpointing precisely where the line is between the real and the not quite so real. We are on an expedition, and even those who are scouting ahead of us, are not (I quietly suggest) exactly sure what it is we are seeing … previous explorers have dreamed that we would at this time already be on our way. In 1970, Neil Armstrong, the first man on the moon, said: “I’m quite certain that we’ll have such bases [on the moon] in our lifetime, similar to that of the Antarctic stations … continually manned …”21,22 This exhibition encourages us to go more boldly, and when technology catches up, no doubt there will be many more visual astonishments to be revealed.

Meanwhile, here we are on spaceship Earth,23 minute in the staggering immensity of the cosmos, but we must take courage, “[We]are an interesting mix … of feelings memories, instincts, learned behaviour, insights, madness, dreams [and] loves.24 And when life “gets us down and things seem hard or tough…”25 we can marvel at the wonders of our heavens, and sing along with Eric Idle: “Just remember that you’re standing on a planet that’s evolving and revolving at 900 miles an hour, that's orbiting at 90 miles a second, so it's reckoned, a sun that is the source of all our power etc…”26

1. Marek Kukula (@marekkukula) tweeted “Here we all are” on the occasion of an image taken of Earth by Cassini.
2.http://saturn.jpl.nasa.gov/mission/quickfacts/ The Cassini Space probe was launched in 1997 and arrived at Saturn in 2004. Follow Cassini on Twitter @cassinisaturn

3. Carl Sagan Our Place in the Universe. http://www.youtube.com/watch?v=AUF38eHqdxs&feature=share&list=PLF7FBB9247CB40EFE

6. Jenny Gilbert. Visions of the Universe: His Dark Materials. The Independent, 15 June 2013. http://www.independent.co.uk/arts-entertainment/art/reviews/exhibition-review-visions-of-the-universe--his-dark-materials-the-photo-album-8660321.html

8. Sarah Watkins. A Stunning Visual Experience: Visions of the Universe at the National Maritime Museum. One Stop Arts, 5 June 2013. http://onestoparts.com/review-visions-of-the-universe-nmm-greenwich-london

10. As Guy Debord warns us in his 1967 The Society of the Spectacle (translated by Ken Knabb): “The spectacle presents itself simultaneously as society itself, as a part of society, and as a means of unification. As a part of society, it is ostensibly the focal point of all vision and all consciousness. But due to the very fact that this sector is separate, it is in reality the domain of delusion and false consciousness: the unification it achieves is nothing but an official language of universal separation.” http://www.bopsecrets.org/SI/debord/1.htm

11. I freely admit to having a missionary zeal when it comes to supporting the process of drawing. Drawing underpins everything – everything manufactured by humankind must first be drawn and designed.  See the opening sequence of Andrew Graham Dixon’s 2005 BBC TV series The Secret of Drawing, Episode 1: The Line of Enquiry http://youtu.be/36nElcjxaLc

19. As Sarah Watkins points out in her review (see footnote 8), the colours used (specifically for Pillars of Creation – The Eagle Nebula) are chosen to give greater clarity – different gases are represented by different colours. Green for hydrogen, blue for oxygen, red for sulphur.

20. Caspar David Freidrich’s 1818, painting Wanderer Above the Sea of Fog – is frequently cited as a representation of the quest for the sublime.

22. @Cmdr_Hadfield Commander of ISS expedition 35 Chris Hadfield, tweeted on 20 July 2013, (the 44th anniversary of the day man (Neil Armstrong and Buzz Aldrin) first set foot on the moon. “The moon has given us months, tides and a destination that ever beckons, its time we built a rocket and go to stay.”

23. American inventor, engineer and polymath R Buckminster Fuller coined the term Spaceship Earth in the title of his book Operation Manual for Spaceship Earth, first published in 1969, in which he addressed different humanitarian issues including ”principles for avoiding extinction”.

24. Carl Sagan. Contact, US: Orbit, 1985: p360. The quote was rewritten by Michael Goldenberg and James V Hart for the 1997 screen adaptation of Sagan’s book. “You’re an interesting species. An interesting mix. You’re capable of such beautiful dreams and such horrible nightmares. You feel so lost, so cut off so alone, only you’re not. See, in all our searching, the only thing we’ve found that makes the emptiness bearable, is each other.” 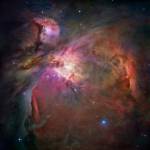 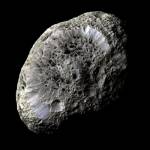 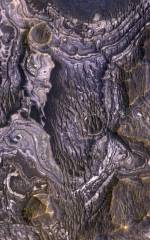 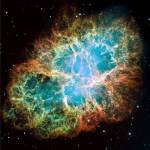