In his short essay on Franz Kafka, Jorge Luis Borges claimed that “every writer creates his own precursors”. Given that the acknowledgment of influence works retrospectively and selectively, it is fair to say that the cultural past is partially created in the present. When we remember those who came before, we don’t simply revive, we recreate.

There are few artists more subject to this process than Vincent van Gogh, yet its effect on him is largely one of tyrannical stasis rather than reinvention. At first, the Dutch artist was served well by those he inspired, much more so than he had been by the art establishment during his lifetime. His uses of colour guided Matisse and the Fauvists. His manipulations of form according to emotion proved immensely influential on the Expressionists and their later more abstract offshoots. All these developments were reciprocal. Very few major artists in the decades following his death and discovery remained untouched by his work. Each created their own version of Van Gogh, with which to be inspired or with which to wrestle. For a remarkably productive period, Vincent was plural.

The great flaw lay in one of Van Gogh’s more attractive features; his authenticity. For many years, he had starved. He had periodically been overcome by mental instability, having to admit himself to the Saint-Paul asylum in Saint-Rémy. He had endured financial hardship, poor physical health and recurring spells of despair and loneliness. It was much too tempting to try to posthumously rectify the unjust neglect he faced in life, selling only one painting (The Red Vineyard), compared with his artistic brilliance. So we canonised him in films, books and songs. He has been suffering for our sins ever since.

The Musée d’Orsay exhibition Van Gogh/Artaud, The Man Suicided by Society is exceptional and problematic. It focuses on the Van Gogh beloved of Antonin Artaud (1896-1948), a renaissance man lost in a dark age. Artaud had written poetry, scripted the first Surrealist film, The Seashell and the Clergyman, starred in Carl Dreyer’s masterpiece The Passion of Joan of Arc and had founded the Alfred Jarry Theatre. He also struggled with mental illness and laudanum addiction, with his agonies and ecstasies, accentuated by the darkening political climate of his day, giving rise to a chillingly prophetic one-man movement – the Theatre of Cruelty.

Every breakdown is unique, but the severity and public aspect of both Van Gogh’s and Artaud’s, as well as their mutual artistic talents and perspectives, seemed to link Artaud intimately with his predecessor. In a state of distress, fearing his compatriot Paul Gauguin was due to leave him, Van Gogh had partially hacked his left ear off, wrapped it in newspaper and delivered it to a brothel for safe-keeping. Artaud, having undertaken peyote rituals and heroin withdrawal in Mexico, had returned to Europe and became convinced he had located St Patrick’s staff. During the resulting ill-advised pilgrimage, he was arrested in, and deported from, the Irish Republic, ending up incarcerated in a French psychiatric ward where he was subjected to electroshock therapy. He emerged in the aftermath of the second world war and the Holocaust, prematurely aged and ravaged, as evidenced by a revealing series of photographs here by Denise Colomb. The most harrowing of these shots, his empty workspace, reflects the fact that Artaud did not long survive his release, dying of an overdose of chloral hydrate at the age of 51. In his essay Van Gogh, The Man Suicided by Society, which underpins the show, Artaud connected his suffering and abysmal treatment with the Dutch painter and his works, as if to say: “I was not alone.”

The Musée d’Orsay exhibition, curated by Isabelle Cahn, links fragments of Artaud’s impassioned accusing essay to a formidable collection of Van Gogh’s paintings, and excerpts from Van Gogh’s letters to Artaud’s sketches. When it works, the effects can be invigorating and devastating. Dimmed by familiarity, several of Van Gogh’s paintings seem altered by the accompaniment of Artaud’s dissenting voice in the wilderness. If we have long passed the point of being able to view the paintings afresh, without the accumulated critical dreck, Artaud’s despair and righteous fury does lend an electrical charge to the works. The consensus that the wrongs heaped on Van Gogh have somehow been rectified by our adoration is undermined if not completely shattered. Consolation is not ours to give or take. It is not the case of some trite romantic suggestion that Van Gogh felt too much. Instead, there is often the sense that things are fraying at the edges and in glances. In paintings such as Entrance to the Public Gardens in Arles and Les Alyscamps (both 1888), there is more than a hint of the sinister lurking figures in the works of Edvard Munch, another pupil of Van Gogh. While Starry Night Over the Rhone (also 1888) is exquisitely evocative, it is also almost disconsolate, with a couple captured for ever in the near-distance gazing at the solitary painter. In his simple painting of Gauguin’s chair and its soon-to-be-guttering candle, we recognise that Van Gogh’s companion is never going to return. Might we even see in the strange incongruous colours used a prophecy of the tropics he would flee to? What unites Artaud and Van Gogh, as the complementary quotes underline, is a wounded hyper-lucidity; insurmountable pain, a deep appreciation of almost miraculous and transitory beauty, and a mania in enduring one and capturing the other.

These similarities are most obvious in their portraits. “Van Gogh, a madman?” Artaud asked. “Let anyone who once knew how to look at a human face take a look at the self-portraits of Van Gogh.” Artaud may well have been talking about himself. His sketches of Pierre Loeb and Paule Thévenin are ragged and distorted, yet humane. While the expressions may seem impassive, the merging of background and facial features is alarming. In the latter, it is almost as if the figure has been tortured, with a catatonic look vaguely reminiscent of the medieval Wound Man illustration. In his brutally honest self-portraits, Artaud seems acutely aware that he was spiralling far from the strikingly handsome young man shown in accompanying film clips. His Self-Portrait (1946) is an astonishingly accurate and forlorn representation, while his Theatre of Cruelty (1946) reveals a mind immediately preoccupied with mortality (though not without a hint of eroticism).

Where disorientating shapes bring out the emotion in Artaud’s drawings, Van Gogh’s portraits focus on a revolutionary use of multitudinous colour and barely concealed motion. From afar, his paintings look harmonious, learning from the pointillists that shades blend at a distance. Up close, they reveal themselves to be rough seas of flowing colour. In Self-Portrait with Easel (1888), the humanity of his stare, with his eyes as deep wells, contrasts with the agitated brush strokes that form the shape, texture and contours of his coat and continue on to his skin. By the time of his self-portrait of the following year, the forms have changed dramatically. The blues swim and swirl. There is little to distinguish his clothes from his environment. His face and stare are bold and defined suggesting a much sturdier physiognomy, yet the world around him is in unstoppable flux. Though it suggests our faces change radically as our moods do, there is also more than a stark suggestion that the artist is suffering from malnutrition. Even the Portrait of Père Tanguy (1887), often taken at face value as a tranquil pseudo-Buddhist pose, seems skewed and on edge. The fact that Van Gogh was aiming so desperately at serenity suggests something was manifestly not right. In Artaud, the unease is explicit; in Van Gogh it is implicit.

Artaud was right to identify this tendency in his would-be mentor. “For a long time, pure linear painting drove me mad until I met Van Gogh, who painted neither lines nor shapes, but inert things in nature as if they were having convulsions,” he wrote. This would be expected in a place of hedonistic abandon such as The Dance Hall in Arles (1888), much less in the placid wallpapered surrounds of his Augustine Roulin portrait, but it is there still. Even painting landscapes, especially painting landscapes, these “convulsions” are evident. As attempts at tranquillity, they are failures just as much as they are monumental triumphs of art. The whirling, churning effect of the wind on the clouds, trees and wheat fields (best shown in Country Road in Provence By Night, 1890) is wonderful until we consider that those days may have been entirely free from any breeze. After all, Van Gogh’s Church at Auvers (1890) is similarly sublimely warped. What hope did mere humans have when the mind could do this to cathedrals of solid stone?

The main weakness of the exhibition comes with focusing on Artaud’s views, which, though fascinating, are frequently, understandably erratic and territorial (though admittedly infinitely preferable to the “Starry starry night” Van Gogh). Spurred to write his essay after reading Dr François-Joachim Beer’s Van Gogh’s Demon, a book he regarded as an affront, Artaud’s response is a diatribe in the best and worst senses of the word. While Cahn has done a marvellous job forming a structure and evolution to the exhibition, there is no overlooking the fact that, by basing it on Artaud’s essay, a degree of coherence is inevitably sacrificed for idiosyncrasy. Artaud’s central claim that Van Gogh “committed suicide because the collective consciousness as a whole could no longer tolerate him” is demonstrably untrue. When he lashes out at Dr Gachet (who appears here in the famous mournfully contemplative portrait), Theo Van Gogh and to a lesser extent Gauguin, it seems steps too far, into the realms of paranoia. In effect, Artaud accuses the three people who did more than anyone else to help Van Gogh of being his gravediggers. To insinuate that he was as good as murdered robs the painter of his free will.

A knowledge of Van Gogh’s letters presents a much more troublesome, complex and abrasive figure than the either the wide-eyed Holy Fool of popular lore or the tortured martyr of Artaud’s imagination. Though he initiated much of his own cult with claims that “I risk my life for my work and my reason has half-foundered in it”, Van Gogh was a complex difficult person with alienating and self-destructive tendencies (no one forced his hand at the bitter end), even before he became an artist. His early missionary work, preaching to coal miners in Belgium, was an unmitigated disaster. He was no doubt a genius and one afflicted with a terrible illness. There are, however, no saints nor should there be.

The reason Artaud immortalised Van Gogh in his blazing screed is obvious and entirely forgivable. It was a kind of projection, given that he himself had suffered so much and saw no contemporaries that could share or understand his burden. Society may not have treated Van Gogh with respect, or garlanded him as his talent clearly deserved, but it did not harm him in the direct sense it did with Artaud. In the end, The Man Suicided by Society was and remains Artaud. It is his voice you hear on entering the exhibition space (broadcast from his radio play To Have Done With the Judgment of God) and his that remains with you on leaving, as you emerge into a gift-shop that seems more of an obscenity than usual. In the midst of the clamour and commerce, it is entirely reasonable to surmise that whatever we did to these artists, we would do it all over again, despite our protestations to the contrary. “No one has ever written or painted …” Artaud wrote, “except to get out of hell.” In an exhibition that unites him with an ally who died before he was born, there are countless moments that prove to us they both rapturously escaped, however briefly. 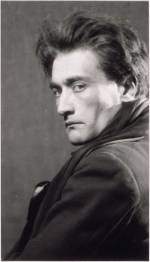 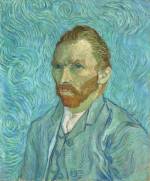 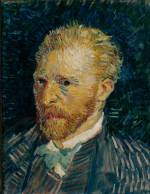 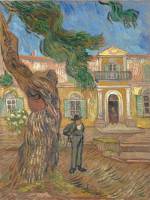 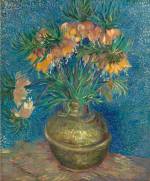 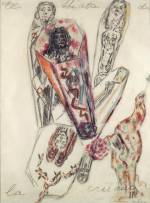 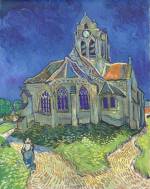