Tim Benson: ‘I wanted my work to have more meaning’

Tim Benson: ‘I wanted my work to have more meaning’

The artist talks about storytelling through portraiture, and the human face of Ebola

In 2015, artist Tim Benson travelled to Sierra Leone to meet people affected by the Ebola epidemic that claimed thousands of lives in West Africa between 2014 and 2016. With connections to King’s College London, Benson was able to travel to the Connaught hospital in Freetown to meet survivors, doctors and health workers, many of whom were facing difficulties returning to their communities because of the stigma connected with the virus.

Back in his studio in north London, Benson began work on 40 characterful portraits of the people he met in Freetown. These works will form an exhibition at the Mall Galleries Threadneedle Space in London, marking a year since Sierra Leone was officially declared free of Ebola. A selection of audio interviews will accompany the paintings, making this exhibition about more than just powerful likenesses.

Benson spoke to Studio International about what motivated this project, how art can build trust, and painting with a message.

• Faces of Ebola is at the Mall Galleries, London from 7 to 13th November 2016. A proportion of the funds raised by this exhibition will go to the King’s Sierra Leone Partnership (KSLP). 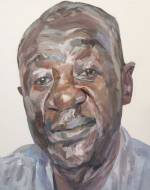 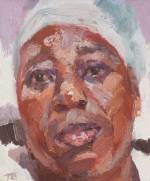 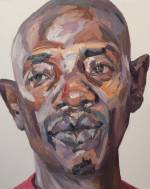 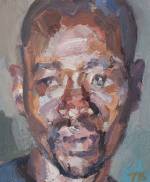 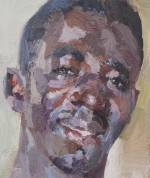