Sarah Jane Moon: 'Painting is fundamentally the relationship between an artist’s senses and the subject’s presence'

Sarah Jane Moon: 'Painting is fundamentally the relationship between an artist’s senses and the subject’s presence'

Having trained in portrait painting at the Heatherley School of Fine Art, Sarah Jane Moon went on to receive commendations from the Royal British Society of Sculptors and the Royal Society of Portrait Painters, which awarded her the 2013 Bulldog Bursary.

Moon spoke to Studio International at the opening of her joint exhibition in the Mall Galleries Learning Centre.

Moon works primarily with oil on canvas and builds up layers, often painting objects in and out of the composition. She is keen to show the characters of her friends and sitters through both a visual likeness, but also by the careful placement of objects that define them, such as books and postcards. Having spent some time in Japan, her work has a strong graphic element, and she outlines her figures in black and flattens perspective, usually working from a photograph.

Her most recent work is her largest yet and depicts a dinner party with many of her friends crowded around the table, chatting and convivial. Above them hangs a stark black-and-white portrait of the lesbian author Radclyffe Hall. 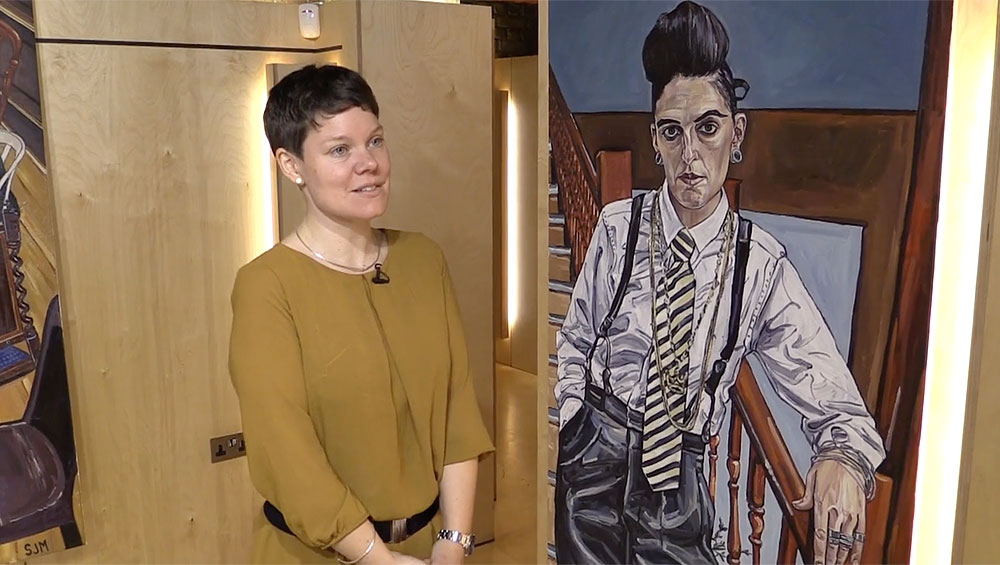