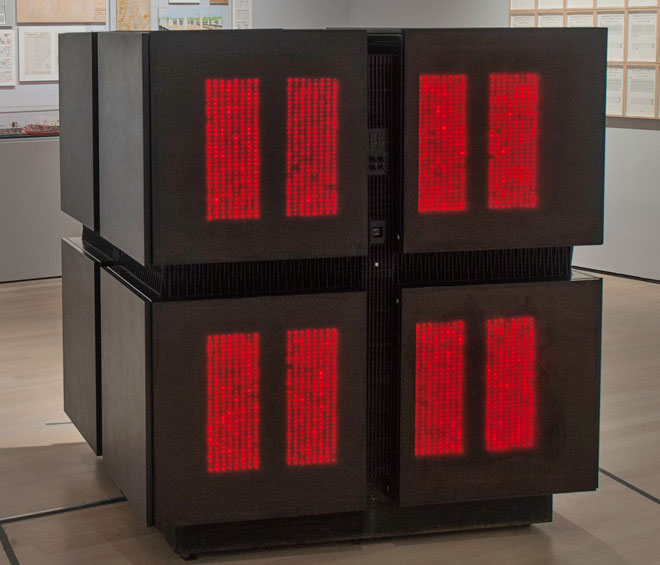 An iPhone 5 has the same processing power as a 1987 supercomputer. The thought of how much our world has changed because of the advancement of computer technology and its use in our daily life is staggering, particularly for older generations, who  remember when people communicated long-distance by phone and letter, and the word “computer” evoked the image of obscure experimental laboratories populated by absent-minded scientists. Today, when smartphones, tablets and computers are part of the fabric of society, we can write a history of the development of this technology, which includes its history as art. 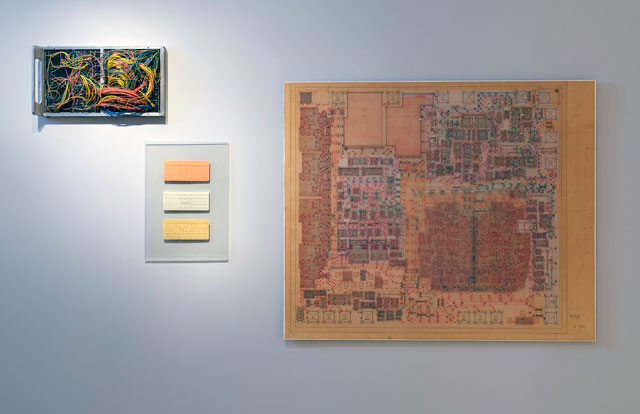 Thinking Machines: Art and Design in the Computer Age, 1959-1989, at the Museum of Modern Art, New York, is one of a series of key exhibitions that record and punctuate the interaction of art, design and technology as part of a larger history of modern art. In this effort, it follows the inaugural Machine Art exhibition mounted in the spring of 1934 and curated by Philip Johnson, which was the first in the US to present objects of industrial design as art. Then came a larger and more comprehensive exhibition, The Machine, As Seen at the End of the Mechanical Age, curated in 1968 by KG Pontus Hultén, and the Information show curated by Kynaston McShine in 1970, which launched the era of conceptual art. Both similar and different from its predecessors, Thinking Machines examines an unexplored area of the relationship of computational thinking and modernist aesthetics after the second world war, focusing almost exclusively on European and American art.

Co-curated by Sean Anderson and Giampaolo Bianconi, this exhibition includes nearly 100 objects related to computers, computational thinking and designs for commercial products – from punched cards and computer control panels to film, video, animation, drawings, photographs and actual computers. It is arranged chronologically and neatly divided into three subsections: Experimentation, 1960-69; Transformation, 1970-79; and Proliferation, 1980-89. As the wall text suggests, inaugural experiments with computer art conceived an artwork in a fundamentally novel way, seeing it not as an object, but as a “productive system”. Put simply, the very nature of computer art moved artists to collaborate with each other, with scientists, or with corporate laboratories, such as Bell Laboratories or Ohio Scientific. 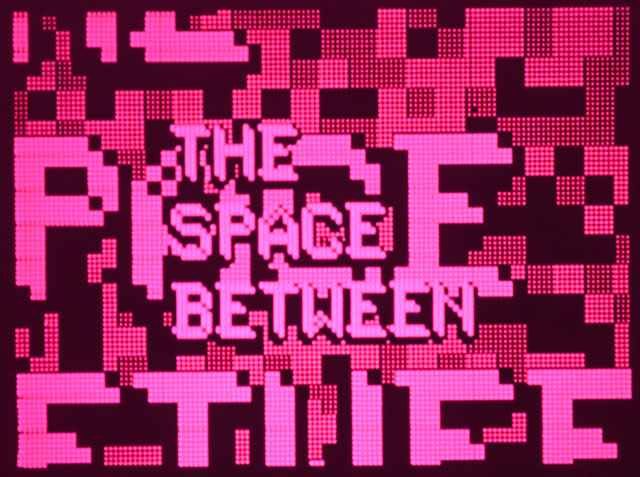 In the section devoted to experimentation, we see from the very beginning an interconnection of technological and aesthetic aims in computing design and its influence on film-makers, musicians, poets and visual and performance artists. A prototypical circuit board for an IBM Random Access Memory Accounting Machine from 1950 shares display space with Charles Csuri’s charming Hummingbird from 1967, one of the first animated films made with the help of computer technology. John Cage’s performance scores, written with the help of various computer programs, are displayed in close proximity to House of Dust, a visual poem by Alison Knowles made with the help of a programming language that generated text automatically from words chosen by the artist, and Poemfields by Stan VanDerBeek, a film-maker who experimented with translations of text into digital images. 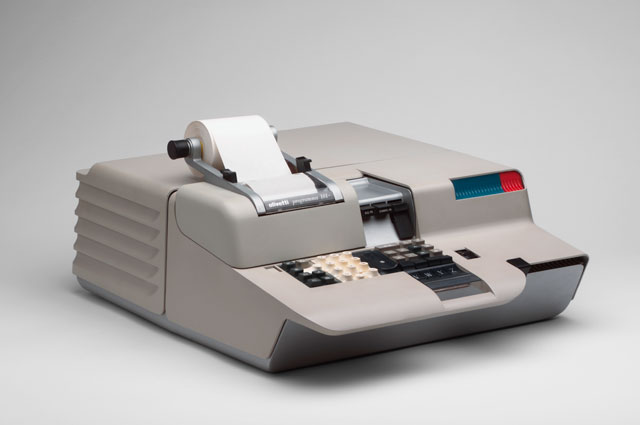 The exhibition highlights the active participation of Italian artists, engineers and designers in the early stage of the development of computer art. On display in the first gallery are a Programma 101, an electronic desktop computer from 1965 invented by Pier Giorgio Perotto, and a 1966 TCV-250 video display terminal by Mario Bellini, both made by Olivetti, a company that began life in 1908 as a manufacturer of typewriters. In their compact size and attractive “modernist” sleekness, these machines were the precursors of personal computers.

Art inspired by computers includes Gianni Colombo’s Pulsating Structuralization, a kinetic sculpture made of rectangular Styrofoam blocks fitted within a wooden frame in the manner of a grid and launched into slow, vibrational and pulsating motion at irregular time intervals. Made in 1959, the sculpture is a broad visual metaphor of the workings of computerised systems, which come alive with the help of electricity and affect the way we see things on the level of elementary perception. Getulio Alviani’s Surface with Vibrating Texture (1964) plays with the same idea of perception, but on the level of optical illusion, presenting the viewer with a grid of shimmering light reflecting off a brushed aluminium plate with an alternating density of polish. 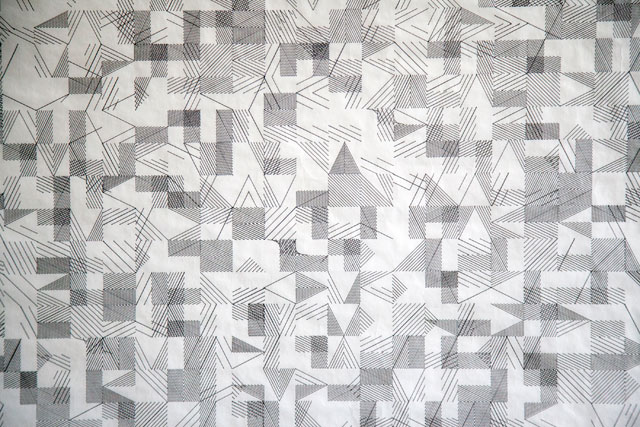 The curators framed the 1970s, the decade that followed the Information show, as the era of transformation from experimentation with new possibilities afforded by computer technology to the creation of new ways of communication and new networks for dissemination of computer art. In addition to drawings for sci-fi city planning projects by the Italian architectural collective Archizoom and computer-generated drawings by French artist Vera Molnár, this section grants pride of place to the first four issues of Radical Software, a magazine published in the US from 1970 to 1974 by Raindance Corporation, described in a wall text as a “countercultural think tank”. Edited by Beryl Korot among others, the journal formulated an ecologically informed approach to technology, viewing it as a “cultural source”, referring to productive interactions between technology and progressive political, economic and informational ideas beneficial to society. Korot’s room-size installation Text and Commentary compared the visual logic of the weaving process originated by Joseph Jacquard in his early 19th century loom and video production, which was a new technology in 1976, the year the work was made. 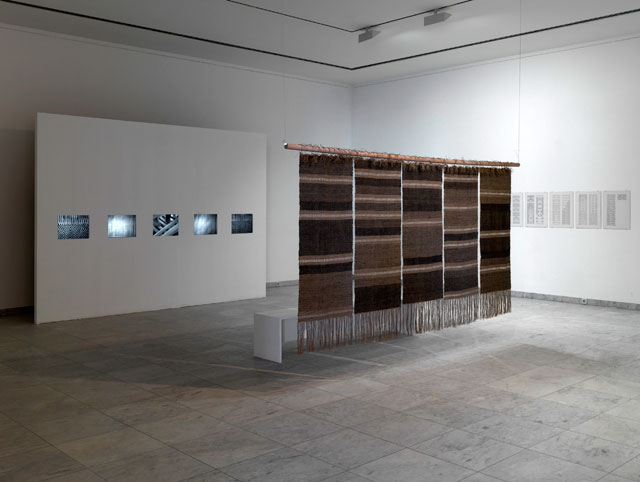 The installation contains five large woven pieces of identical size and look, with very slight variations of patterns that become apparent only under close examination. These hanging cloths face five monitors that reproduce and elaborate on each of the pieces by enlarging it and showing the process of weaving – a line-by-line structure – that is analogous with the process of creating an image in a video, which is also line by line, albeit with a much faster speed made possible by its electronic mode of production. As Korot explained in her presentation organised with this exhibition, the work connected the “fabulous tactility” of the weaved fabric production with that of a pictogram based on their common logic of communicating information and creating meaning through visual, non-phonetic means. 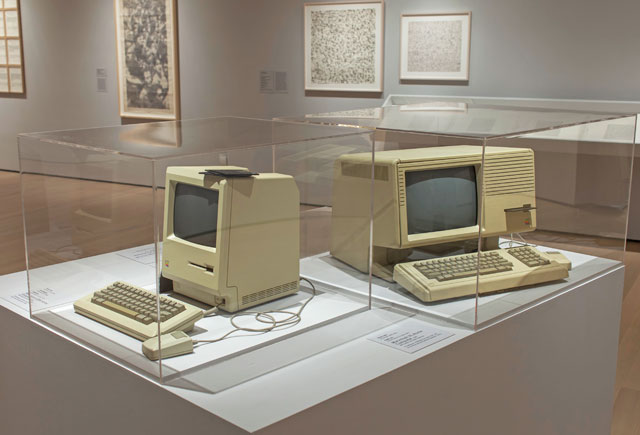 The proliferation of computer technology in the 80s, described in the wall text as the “growing prominence of computers in daily life” is represented in the exhibition by commercially produced computers for personal use, such as Apple’s original personal computer, the Macintosh 128K from 1983, and a large-scale, refrigerator-sized commercial supercomputer, the CM-2, made in 1987. At the time, the CM-2 was the largest computer in the world, with a processing power comparable to that of the iPhone 5, in the words of Tamiko Thiel, one of its designers. Comparing this giant machine with a smartphone that fits into the palm of one’s hand is strikingly effective in illustrating the technological progress achieved in the past 30 years.

Thiel credited the Bauhaus aesthetic with influencing the idea of the design for what she called this “symbolic processor”, in which the function is not expressed externally, but hidden in the circuit board, the chip and the cables, but the viewer is able to see the workings of its 64,000 processors connected with a 12-dimensional internal network through the translucent doors inside it. The result is an aesthetically beautiful object that is functional at the same time. 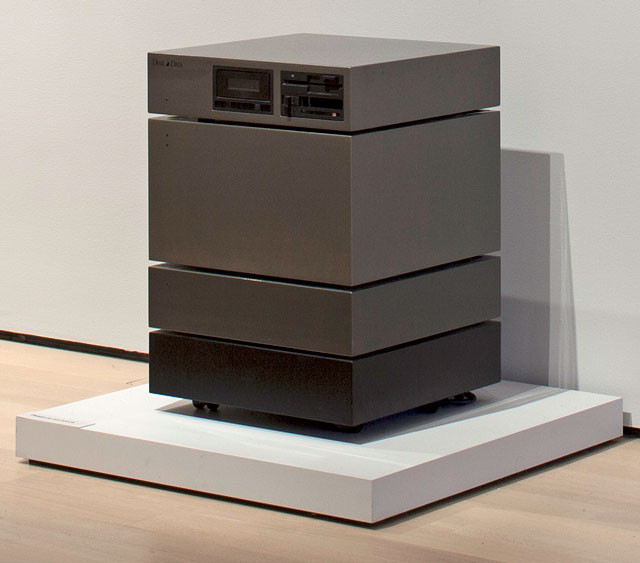 Another striking example in this exhibition of a computer as machine art is Diab DS-101 Computer, designed by Richard Hamilton for Ohio Scientific in 1985-1989. Hamilton, who is widely known for being a member of the London-based Independent Group in the 1950s and author of the famous pop art collage from 1956 Just What Is It that Makes Today’s Homes So Different, So Appealing?, which criticised postwar consumerism, displays his interest in computer technology as a possible counterforce to mass culture. Ernő Rubik’s ubiquitous Rubik’s Cube (1974) is another reminder of a cultural link between pop culture and computer age.

Other projects in this section include designs developed by architect Cedric Price in 1978-1980 for the Generator Project, a complex of buildings for visiting artists in White Oak Plantation, Florida, commissioned by Gilman Paper Corporation. Price’s technical drawings, prints and models are all that is left of his unrealised project, which was conceived as a constantly mutating architecture, transformable through a computer. In contrast to his complex coded functionality expressed through various media, Agnes Denes’s ink drawing Snail Pyramid – Study for Self-Contained, Self-Supporting City Dwelling – A Future Habitat, done by hand in 1988, is a straightforward, visually effective image of a dwelling in a computer age that resembles both a snail and a pyramid. 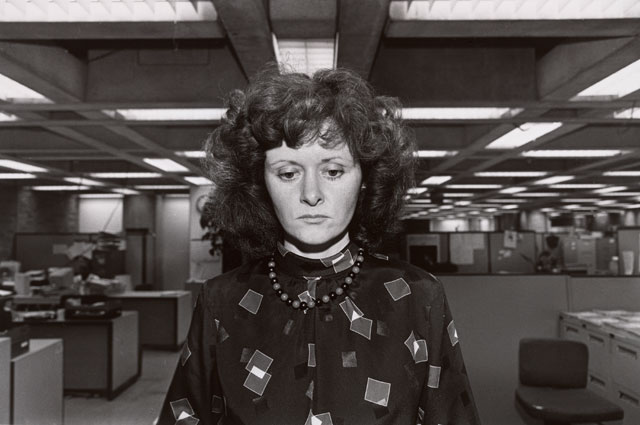 It is a rare representation of an object related to computer art that is not rendered via complicated technical codes – digital, mathematical, architectural and so on. As such, it finds company with Susan Kare’s delightful sketches for graphic icons for display on early computer screens and Lee Friedlander’s humorous and slightly frightening series of photographs Boston, Massachusetts from 1985, showing people working with computers. Frozen in their expression and concentrated in their gaze, they stare silently into an invisible screen, which is usually left out of the frame by the camera lens. Looking alike in the immobility of their poses and their absolute absorption in the task dictated by the screen, they introduce a darker side of technological progress – the toll it can take on our time and our relationships with each other, which become transformed as they are mediated by the screen. Did computer bring liberation or enslavement? Can we manage the beast that we ourselves have created? These questions are left open, as the series concludes the display. The exhibition is a must-see for anyone interested in the early history of computer technology and its connection to art and design. 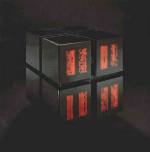