This fascinating show explores the mind and how we think through our connections with other people, things and places 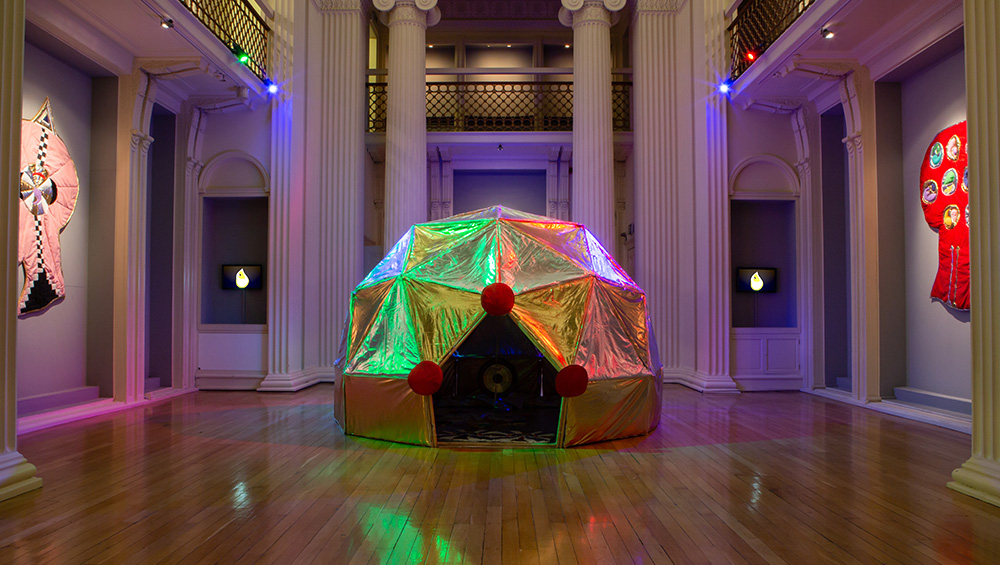 This group exhibition at Edinburgh’s Talbot Rice Gallery is centred on the idea of “distributed cognition”, the theory that cognition does not happen only in the brain, but is built and derived from our bodies, objects, languages, institutions, other people and our extended environments. A curatorial and an academic endeavour, The Extended Mind has been developed from a research project called The History of Distributed Cognition (2014-18), which explored how the human capacity to think, feel and orient ourselves in the world is expanded by, and indeed dependent on, the phenomena around us: that we are all connected, and could not otherwise effectively exist. 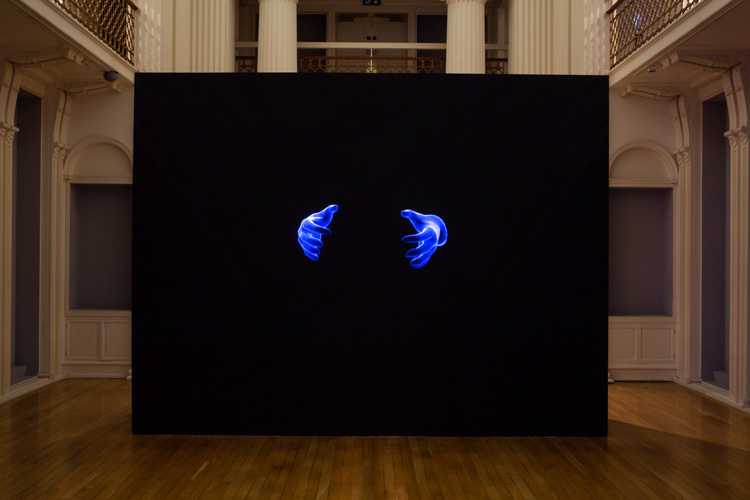 On the back of that research, this exhibition now asks how these ideas are related to, and explained by, contemporary art practice. The Extended Mind shows how art is a means of building cognition, in connecting humans to each other and the processes and worlds around them. This fascinating show includes the work of a group of international artists – Gianfranco Baruchello, Marcus Coates, Marjolijn Dijkman, Nikolaus Gansterer, Joseph Grigely, Agnieszka Kurant and John Menick, Myriam Lefkowitz, Daria Martin, William McKeown, Goro Murayama, Angelo Plessas and Magali Reus. There are videos of robots that learn through embodied interactions, sculptures that reveal the cognitive relationships between humans and objects, and critical engagements with technocratic forms of anonymous and distributed labour. There are accounts of Shamanic expeditions to the Amazon jungle and written interrogations about what it means to communicate. The exhibition balances, in these various presentations, artificial intelligence and spiritualist reflections on how and why we think and act as we do. 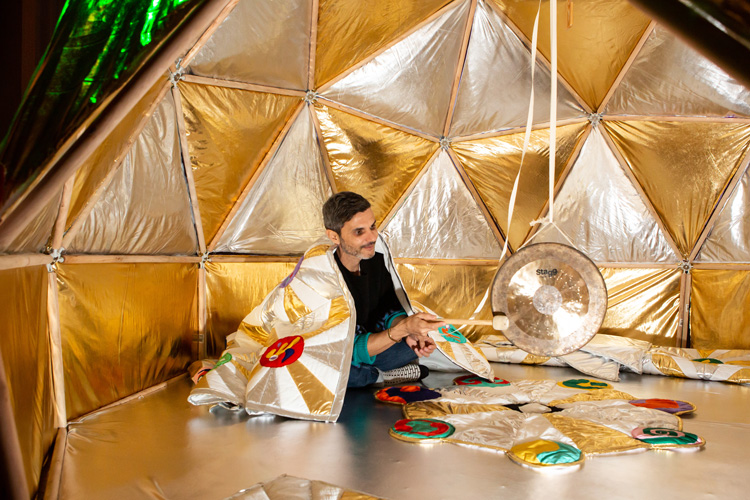 A personal favourite among this maze of intelligent works is what looks like a metallic meditation yurt, titled the Karma Dome by Plessas. Reflecting neon lights – pink, green, blue and yellow – in its patchwork of triangular shapes, it looks like a Shamanic igloo or a sophisticated child’s tent, with a small entrance decorated with three red pom-poms. Inside, visitors are encouraged to lie down on small blankets on the softly padded floor, and to meditate, presumably, on some of the ideas raised in the show. A metal drum is suspended from the ceiling, and visitors are also welcome to create noise there, in an otherwise quiet, zen space.

This experience, for me, sets the tone for the entire show, and is in itself a chance to reflect on the other contributions to The Extended Mind. While I am lying down, others come and go and people wander around beyond the metallic walls. Outside, in the same shiny fabric, there are two large wall-pieces, each depicting a stylised head: in one, a navy figure, in profile, looks upwards, with two arrows pointing upwards through the neck, towards eight shining circles. In another, a crimson figure looks ahead, with the same pattern, but showing more colourful circles of colour. Another uses pale pink fabric, with a swirling single circle of metallic and white shards. They all appear to be thinking, to be reflecting our thinking; they show human attempts to articulate the mysterious and unfathomable neurological processes that are at once spiritually and scientifically fascinating. They show, very simply, the universality of philosophising, and the dependence we have on one another to do so. 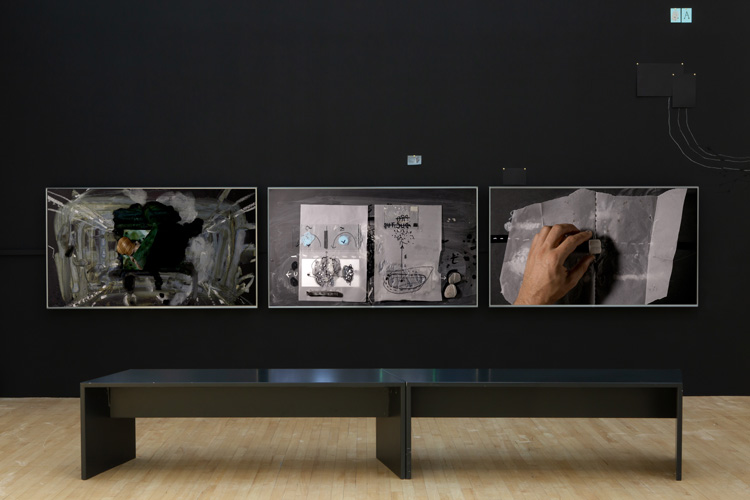 At the nexus of these two spheres – the spiritual and scientific – is where all the work in this show sits, to varying degrees. Austrian artist Gansterer’s installation, Following the Fold (2019), is comprised of a three-channel HD video installation, Untertagüberbau (2017), next to sprawling works on paper, in which notes are pinned over the black wall like stars in a galaxy. These works are built on the artist’s longstanding fascination with the idea of communication networks, particularly diagrams, maps, networks and other graphic systems that facilitate communication. As he wrote in his book Drawing a Hypothesis: “The pool of diagrammatic images, signs and symbols is a permanent part of our daily perception. The cognitive act of perceiving, translating and allocating occurs continuously when we compose thoughts and receive or process information.”

The complexity and beauty of everyday cognitive processes is revealed mesmerisingly, here; reduced to these practices and languages, the methods we have invented to solve problems – the central one being how to talk to each other – seem quite sublime. 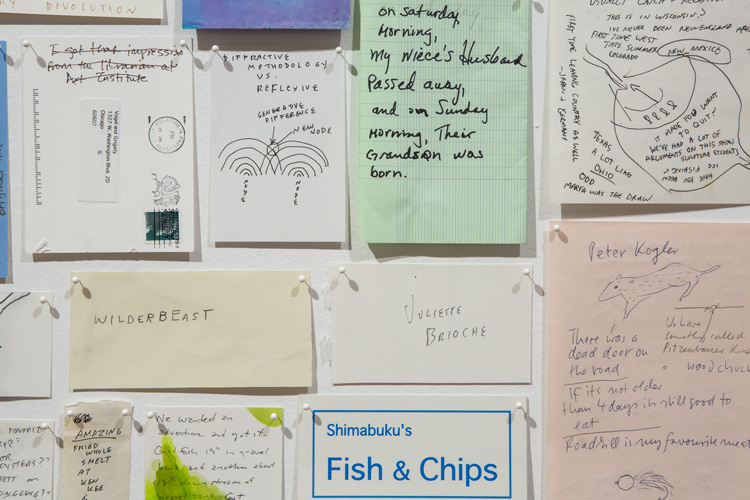 In a similar vein, Grigely’s installation, I Don’t Want to Hear Anymore (2016), also explores communication. The American artist, who has been deaf since the age of 10, uses notes in ink, graphite pencil and watercolour on paper, to explore the challenges and intricacies of his own communication with hearing people, and what those structures and processes say about human connection more generally. As he has written: “Human connection is so much more complex than language alone: it also involves the body we put into it.” This exploration of embodied communication is fascinating and revelatory, and connects excellently with the work of Gansterer and others in the show. 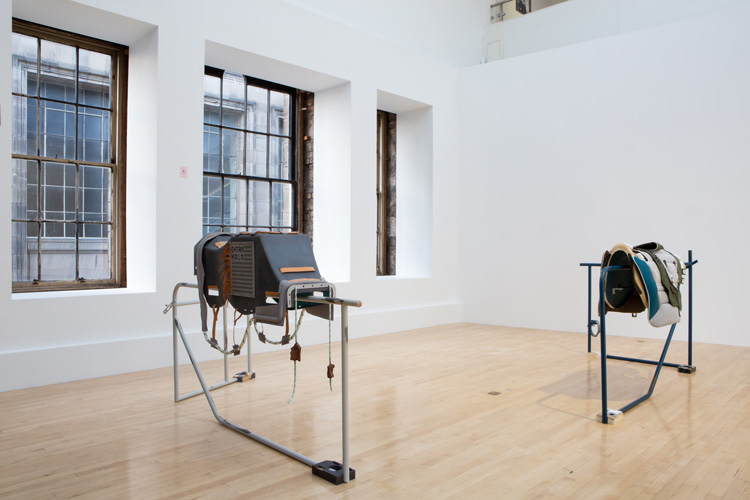 This is truly a stimulating and layered group show, with each room and each artist offering a new and valuable perspective on this discussion, expanding and reflecting on the ideas developed in the original research project, and those raised by the other artists. From Reus’s On Alligator and Propeller EK (both 2016), which reconfigure the familiar shapes and materials of saddles in a compelling way, to Murayama’s Self-Organized painting [Excessively] (2016) – a dramatic and tactile piece (made of acrylic on woven hemp string) that grandly spreads across one wall; and from Coates’ Extinct Animals (2018) – Plaster of Paris hands cast from the artist’s own – which mimic and complement Dijkman’s In Our Hands (2015), a large video installation with binaural sound, which sits across from the Karma Dome, these works provide an engaging and exciting visual conversation. 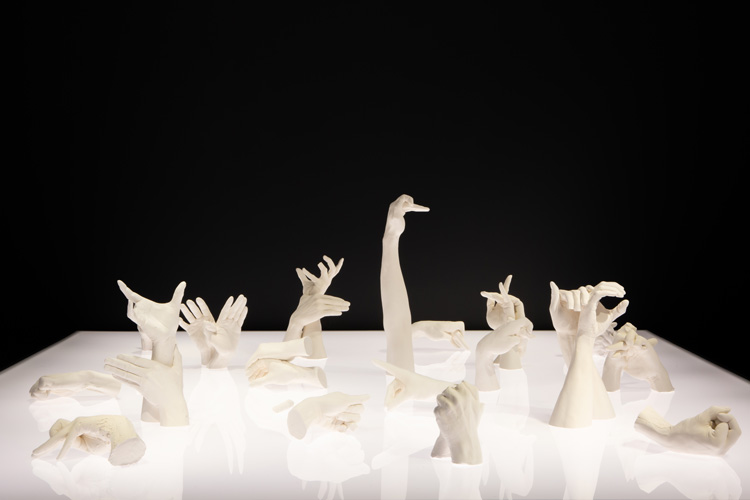 Set out to explore how we think through our connections with other people, things and places, The Extended Mind essentially creates a communal “mind”, or a network in which visitors link into this space of dialogue and expression that is beyond us all. An experimental and exciting endeavour, this show succeeds brilliantly in showing exactly how art can make sense of the scientific and the spiritual, as well as manifesting connections and experiences itself. 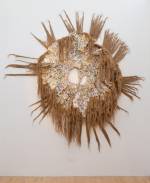