In 1974, following a visit to the Furniture Fair in Copenhagen, the question was raised, How will Denmark follow the work of Borge Mogensen, Arne Jacobsen, Hans Wegner and Verner Panton, whose designs seemed so classically timeless that it was hard to see what was left for others to do? The exhibition, 'The Danish Gift', at the Danish Design Centre in Copenhagen, provides the answer.

Designed by the Milanese practice King Miranda, which was asked to look at Danish design through foreign eyes, the exhibition is enclosed by curving walls on which are graphic presentations divided into seven sections. Each features an actress who has starred in a Danish film and has been given a 'dowry' of furniture, light fittings, cutlery, industrial products, graphics, fashion and buildings chosen for their significance in the story of Danish design. There are also quotations from Danish designers, bureaucrats and government ministers.

The choice of the actresses is surprising because they are not all Danish. Indeed, besides Bibi Andersson, who starred in 'Babette's Feast' (which won an Oscar in 1988) and Sara Indrio Jensen, who starred in the Danish film. 'Italian for Beginners' (the first Dogme film to be directed by a woman, Lone Scherfig, which won a Silver Bear at the Berlin International Film Festival in 2000), the actresses include Bjork and Nicole Kidman. They starred in 'Dancer in the Dark' and 'Dogville' respectively.

Besides the spread of illustrations, each section also homes in on a particular Danish company, designer or product. Thus, for example, one learns that the original design of the standard Carlsberg beer bottle in 1904 was based on the shape of the lighthouse at the entrance to Carlsberg harbour and that, since the mid 1930s, more than four billion Lego bricks have been sold across the world. Also, that since Arne Jacobsen's Ant chair was put into production in 1952 following a specific order from Novo Industri, six million have been made, proof enough that longevity is a characteristic of the best of Danish design.

But the sections also bring the story up to date. In 1976, for example, the Christiana bicycle was launched as a result of a district of Copenhagen with the same name being made car-free and, today, the bicycle can be fitted with trailers and carriers, some of which are specifically designed for carting children around. Then there is the more recent story of the Amokka café/shop/coffee roasting house, whose erotic yet tongue-in-cheek symbol of a coffee bean-shaped man/woman has been a great marketing success. The company has also branched out, making brooches, for example, that look like very sculptural and hard-edged versions of designs by Lalique.

Also recent is the XO Care dental unit, whose design was inspired by a Porsche and, as a result, is noted for its sophistication, modern technology, emphasis on ergonomics and use of luxurious materials. So that's how to make going to the dentist inviting! And, perhaps more typical of Danish design, is the Cheetah Chair that won a Danish Design Prize in 2004. Its flexible construction can be both widened and lengthened as a child grows, while attaching two or four wheels turns the chair into an object designed for action.

Looking at the seven sections around the walls, one gets a comprehensive survey of Danish design across 100 years that includes furniture by the designers already mentioned and light fittings by Poul Henningsen, hollowware designed by Erik Magnussen and Arne Jacobsen for Stelton, and watches by various designers for Georg Jensen. Also included are pictures of rolling stock and graphics for DSB (Danish railways), in which the late Jens Nielsen took up the design role pioneered in Britain for British Rail by George Edwards, Atholl Hill and Jock Kinneir.

What distinguishes all these designs is the honest use of materials, emphasis on ease of use and lack of extraneous decoration - characteristics developed since Georg Jensen opened his silver and jewellery workshop in Copenhagen in 1904, when he took his inspiration from William Morris and the English Arts & Crafts movement. Indeed, there is a quotation from Hans Sandgren Jakobsen, who says, 'Design should not be just beautiful. It should also be used for something', that is very similar to Morris' injunction: 'Have nothing in your house that you do not know to be useful, and believe to be beautiful'.

From other quotations, it is clear that one of Denmark's concerns, as expressed by Connie Hedegaard, Minister of the Environment, is sustainability (hence the country's long involvement in wind power), which is reflected by King Miranda's use of the transparent plinths filled with industrial waste that are used to support the freestanding exhibits in the exhibition (mostly chairs and small industrial products). But there is also some concern, expressed by Bendt Bendtsen, that Denmark needs to keep up with the world's design elite - and some concern, expressed by Anna Gulman, about design in the global economy.

'Western culture', she says, 'yearns for authenticity. We dance the salsa, watch Mexican films and eat sushi, shopping around in other cultures - but nothing ever seems to make an impression.'

That is not how Perry King sees Danish design. It reflects, he believes, the combination of qualities that makes up Danish society - 'tolerance, a strong sense of social responsibility and cohesion, an excellent welfare system, an appreciation of the value of craftsmanship, quality and perfectionism. Equally important is the pleasure that Danish design has always expressed through form and materials, and a marked sensual quality that has always distinguished it from the cold methodology of the "international style"'.

As King Miranda's exhibition shows, these qualities are as much in evidence today as they were 100 years ago, while the inclusion of fashion designers like Henrik Vibscor, Mr King believes, demonstrates, 'The force of new forms of narrative, experimentation and presentation that will change the traditional view of Danish design and influence its future.'

The exhibition continues until the end of March. 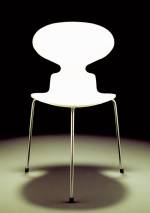