Born into poverty, this extraordinary and spirited woman rose to become a critically acclaimed painter during her lifetime, but she has since been sidelined. This splendid show is a revelation 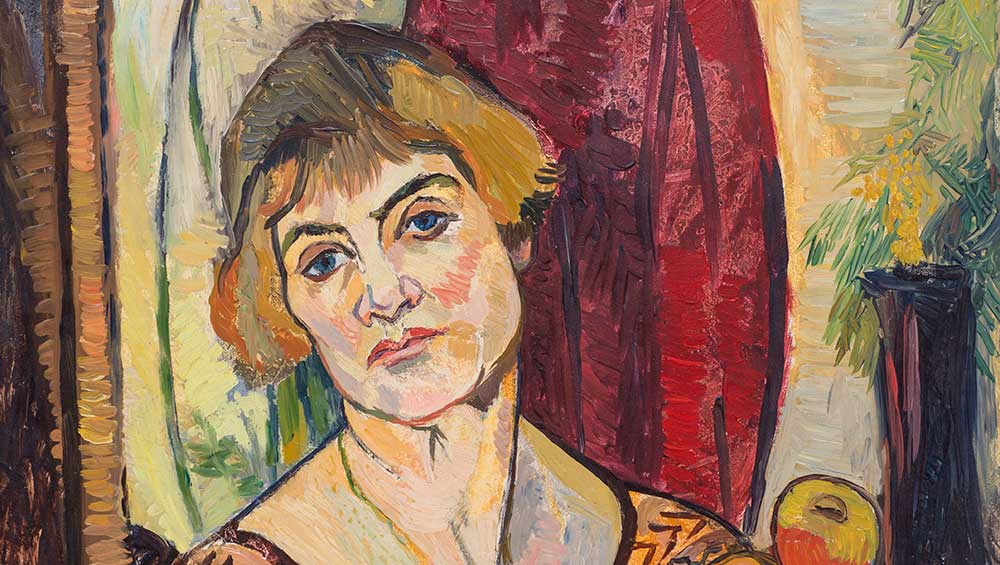 La Chambre Bleue (The Blue Room), a painting from 1923 by Suzanne Valadon from her bracing solo exhibition currently on view at the Barnes Foundation, is a showstopper, as radical as Manet’s Olympia, if not more so. It depicts a woman reclining casually on a bed, her no-nonsense presence at odds with the floral-patterned comfort of the impressionistically painted alcove she occupies. There are multiple signs that this is not the conventional odalisque, seen through a patriarchal gaze. For one, she is not nude, but dressed in decidedly unseductive striped pyjama bottoms, her pink camisole stretched tautly across a bosom that is more maternal than coquettish, her hair decorously rolled into a tight bun. Her capable, chunky hands and feet are working class, not those of a carefully groomed courtesan, and from her lips, which show no trace of a beguiling, enigmatic smile, a cigarette dangles. At her feet, of all unlikely objects, are two books. She reads, we might infer. Ignoring the viewer, her thoughts appear to be elsewhere. 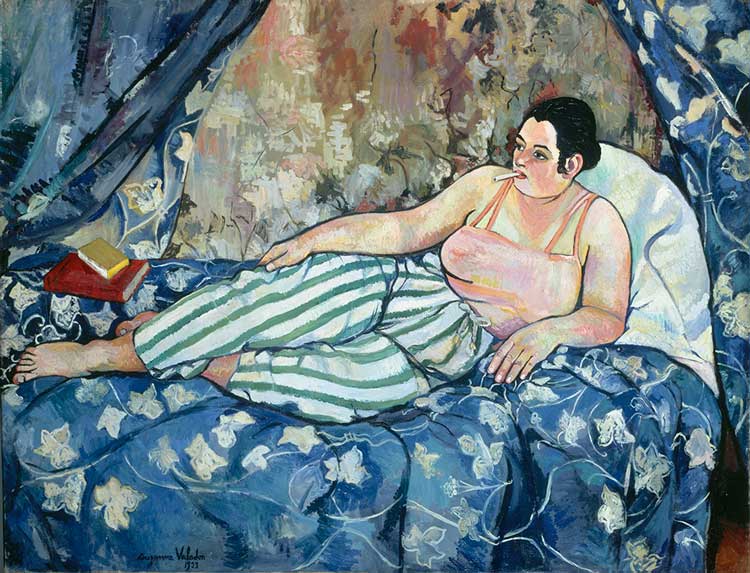 Valadon (1865-1938) is yet another female artist with a strong body of work who has largely been sidelined by history. Successful in her day, Suzanne Valadon: Model, Painter, Rebel at the Barnes Foundation is her first institutional exhibition of note in the United States, splendidly curated by Nancy Ireson. Divided into six sections, the more than 50 paintings, drawings and prints made between 1890-1937 offer a full-on overview of this extraordinary woman and artist’s oeuvre that is, in a word, a revelation.

Born Marie-Clémentine Valadon in western France, she was raised in the free-spirited Parisian enclave of Montmartre by a single mother who supported them by cleaning. Valadon was not a suffragette or a feminist, but she was a resourceful, independent and adventurous woman, who, she claimed, ran off to join the circus as a teenager. Suffering a temporarily incapacitating accident, she turned to drawing during her convalescence, for which she had always shown a precocious talent. She was self-taught and, unlike Mary Cassatt and Berthe Morisot who came from privileged backgrounds, she was dirt poor. To earn money, she began to model by the time she was 15, but she also wanted to learn from the many master painters who inhabited Montmartre. Valadon was much sought after as a model, and the show begins with a handful of paintings in which she is the subject, including reproductions of some by Pierre-Auguste Renoir and Pierre Puvis de Chavannes, for whom she frequently posed. That she was canny as well as gifted was evident in her ability to cultivate powerful supporters (many of the artists she sat for were, no doubt, also her lovers), managing to skirt to a degree the social stigma attached to models, usually considered equivalent to prostitutes. Even the discriminating, acerbic Edgar Degas became a life-long friend, calling her “one of us” the first time they met. 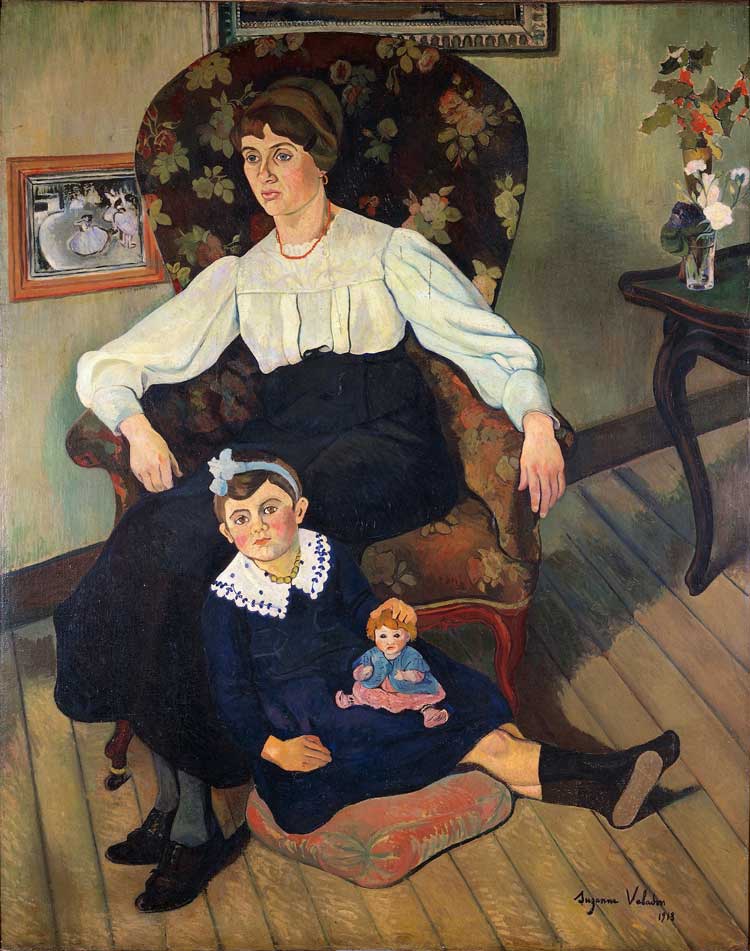 Her cohort of mentors and friends, among them Miguel Utrillo – who gave his name to Valadon’s only child, Maurice Utrillo (although his paternity remains unknown) – Puvis de Chavannes, Renoir, Henri de Toulouse-Lautrec, Vincent van Gogh and Degas were illustrious, and instrumental in the establishment of her career as an artist, never an easy feat and far less so at the time for a woman, especially one with no means. Her work, however, was much admired, and included in the 1894 Salon de la Société Nationale des Beaux-Arts when she was not yet 30, and later regularly shown at the Salon d’Automne and the Salon des Indepéndants. Her life was often difficult, more so after she renounced her marriage to a prosperous businessman, Paul Mousis, for a painter 21 years her junior, André Utter, a friend of her son, whom she later wed. It was only then that she began to paint in earnest and again, she received critical acclaim, backed by sales that made it possible to support her family, its finances aided later by Maurice’s coveted paintings of Montmartre streets. 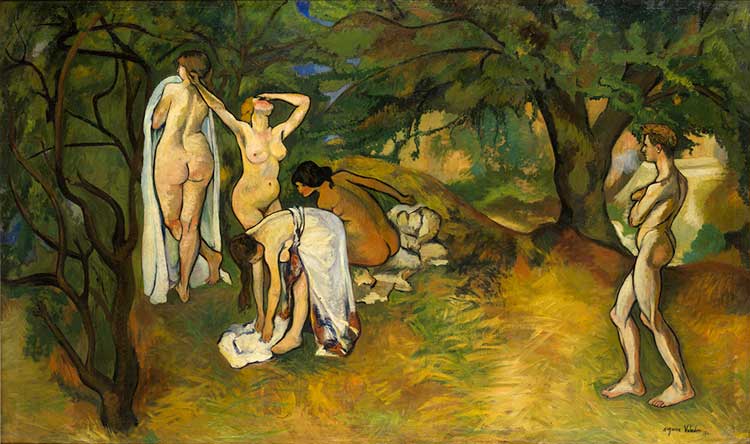 Despite her bohemianism, she was a fiercely devoted daughter and mother. Maurice, who idolised his mother and depended on her, was a troubled child and became an unstable adult and an alcoholic. But he also had artistic talent, which Valadon encouraged. Alternating between prodigious bouts of creativity and drunken rampages, his reputation eventually eclipsed that of his mother (he was collected by Albert C Barnes, while Valadon was not), although it is her art that is now acknowledged as the more psychologically and technically complex. When Valadon was 70, and seriously ill, exhausted and worried about her son, the widow of a patron of hers, Lucie Valore, married Maurice. Relieved at first, she soon found herself displaced, as Lucie insinuated herself between them. Her last few years were bitter, as impoverished as when her life began, and she was too proud to ask her son and daughter-in-law for help. Still painting, Valadon suffered a stroke at her easel and died at the age of 72.

The three galleries dedicated to the exhibition are installed according to themes: Maria the Model; Suzanne Valadon the Artist; Intimate Circles; Naked Ambition; Redefining a Genre; and Faithful to Figuration, each section with its standouts. Her early works consist of drawings and prints, many of them surprisingly assured, distinctive, even as they depict familiar subjects such as women at their toilette, a child being bathed. The same female gaze that later informed La Chambre Bleue is at work here, seeing them from her dissident point of view. While the figures are most often boldly, confidently outlined in black, Maurice and her mother frequent subjects, they can also be nuanced and delicate, as in an enchanting red chalk self-portrait from 1903. 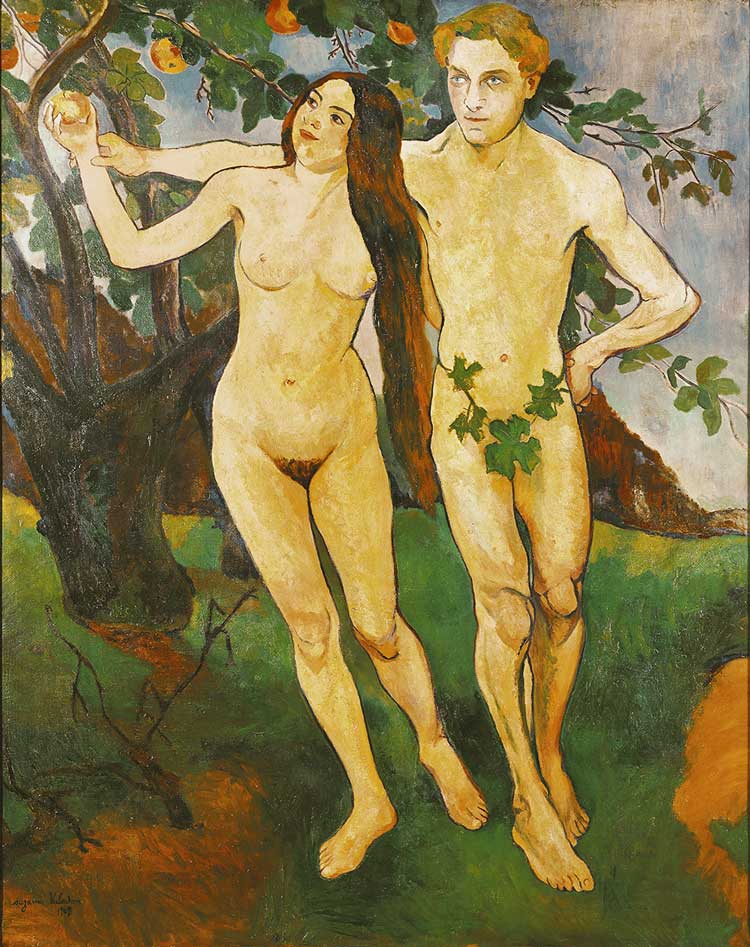 Her work, which can be refreshingly blunt, candid, even ungainly, is grounded in the present, in which reality, not romanticism, prevails. The world she portrays, as well as the people whom she presents, are seen pretty much as they are, not glossed over, not objectified or sentimentalised. Some of her works, however, depicting Maurice and other children, have the perversity, the subtle erotic charge that can be found later in Balthus, and an early portrait of her and Utter, as Adam and Eve, is seen through the enrapt lens of new love. Her models are often her family and those in her intimate circles, and her portrayals of them are probing. As she looks long and attentively at her subjects, she tellingly captures the tangled relationships between them: mother, child, lovers, relatives, friends, those who work for her. One magnificent family portrait consists of Valadon, Utter, Utrillo and her mother from 1912, the colouration rich but sombre. The figures are pushed to the foreground, close together, their placement astute. While the head of a disconsolate, depressed Utrillo is situated near the centre of the painting, it is Valadon who holds the composition together – as well as the family. While no one appears particularly joyful – Utter gazes beyond the picture plane, her mother to the side of the diagonal that connects the artist and the two men – Valadon regards her viewers with resolve, one hand across her breast, as if making a pledge. 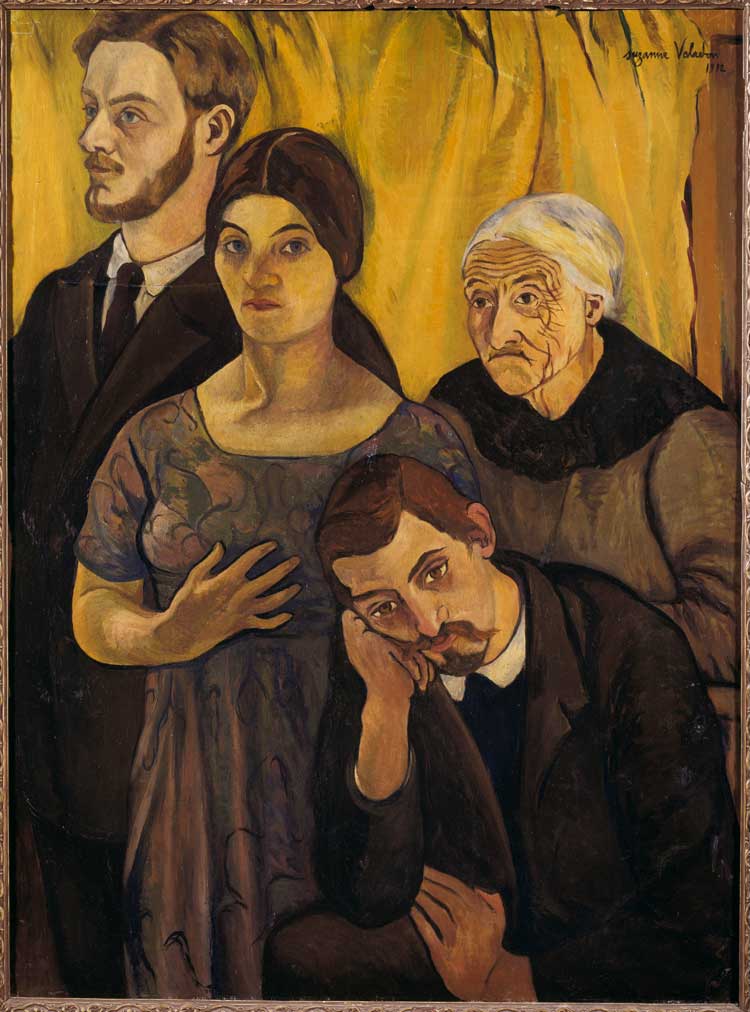 While she says she paints from nature – the last chapter of the show consists of several gorgeous still-lifes and landscapes – it is the emphasis on the materiality of her medium that truly dominates her work and makes it feel contemporary. Her brushwork and colours conform to reality in some instances but not so much in others. Her bodies, say, are usually marked with quick strokes of blues, pinks, corals, greens, a palette often used to create flesh, but which here becomes more an arbitrary, abstract arrangement of colours than a representational reference. In her rendering, her hatchings, the human body becomes something obdurate, sculptural. The same applies to her line, which seems drawn for its own sake, whether in a work on paper or a painting, its modulations as it circumscribes a figure a formal choice, an expressive one, as if enveloping the subject, protecting it.

Enterprising, passionate, with preternatural drive and determination, she surmounted the many obstacles she was born into. Valadon left behind an exceptional body of work that in itself is a major triumph and lived the life she chose, difficult as some of it was. That her name, in the 1960s, was given to a small square in Montmartre is entirely fitting, since her life was so intertwined with the quartier; her studio, too, is preserved in the Musée de Monmartre, the building where she once lived and worked. 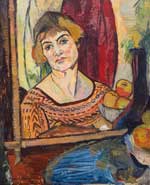