Gauguin and the Impressionists

Gauguin and the Impressionists

Do we need yet another impressionist exhibition? This Royal Academy showcase of Denmark’s Ordrupgaard collection proves that there is life still in the old dog 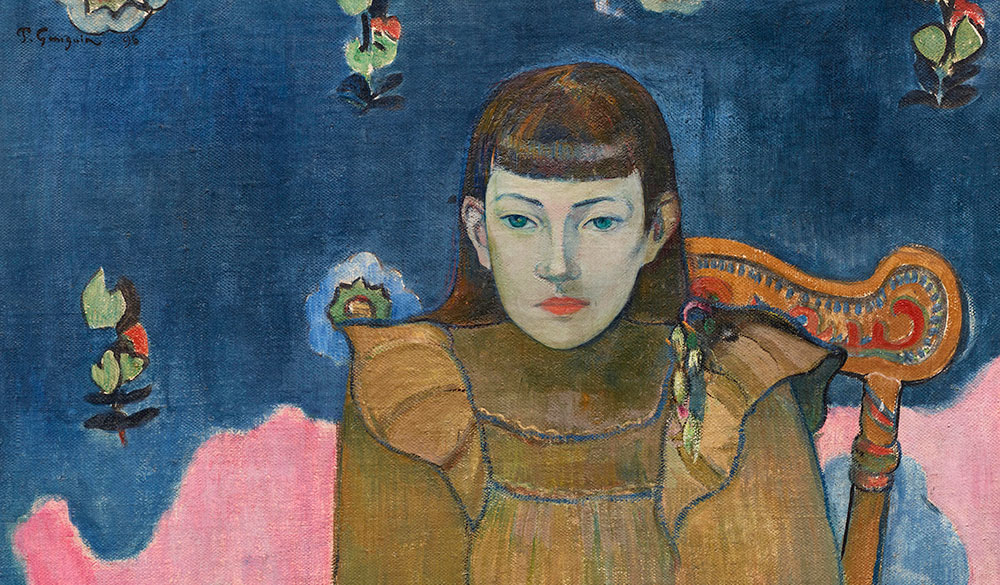 In 1915, while the rump of Europe was engaged in the deleterious slog of the first world war, the Danish insurer Wilhelm Hansen was engaged in a grand strategy of his own. He had already assembled a significant collection of Danish art, both for his own perusal and that of his compatriots, who could visit his artworks for free. But the time had come to broaden his nation’s horizons. And for a Francophile such as Hansen there was only one place to look: Paris, home not so long ago to the once-maligned, now-venerated impressionists. 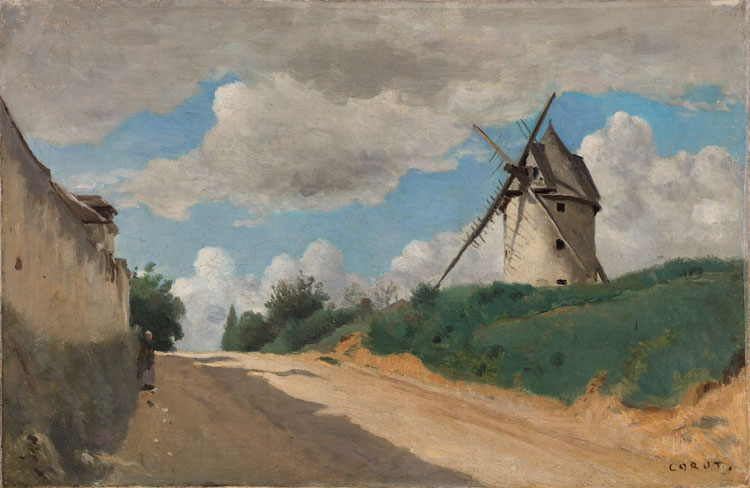 Hansen drew up an outline of his dream collection of the French art of the previous century, including 12 works each from every master between Jean-Baptiste-Camille Corot and Paul Cézanne. Advised by the critic Théodore Duret, he acted swiftly and decisively. Seizing advantage of the wartime turmoil in the French art market, and the absence of wealthier collectors from further afield, he set out to systematically achieve his dream. “I may just as well confess now,” he wrote to his wife, Henny, in 1916, “… that I have been reckless and have made considerable purchases. But I know that I will be forgiven when you see what I have bought; all first-class with stars.”

By the war’s close, Hansen had fulfilled his plan. Soon after, he erected Ordrupgaard, a “temple of art” to the north of Copenhagen. Although there have been stumbles along the way – a banking crisis in 1922 forced Hansen to sell numerous acquisitions, but he soon regrouped and returned to collecting – the works Hansen left on his death in 1936 still sit in the Ordrupgaard Museum. Operated as a national museum by the Danish state, it is currently closed while an underground extension is built. 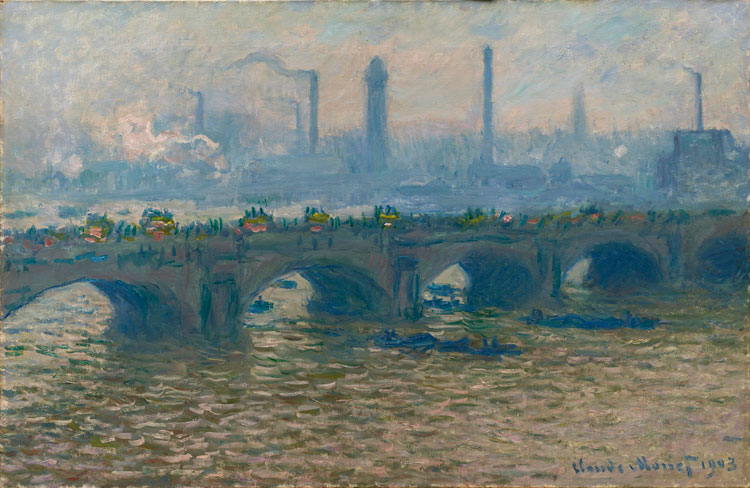 Gauguin and the Impressionists, the first new exhibition to open at London’s Royal Academy since its lockdown closure, comprises 60 pieces from the Ordrupgaard collection. One would be forgiven for asking whether we need another impressionist exhibition. While the RA has been relatively restrained, with its last major survey of the period, the radiant Painting the Modern Garden, running in early 2016, London’s other museums have been busily scrutinising the movement from all angles. In the years since the Modern Garden, the National Gallery alone has arranged shows of Australia’s impressionists, Edgar Degas’ intoxicating drawings and pastels, Claude Monet’s relationship to architecture, the (temporarily shuttered) Courtauld Gallery’s significant holdings from the period and, most recently, Paul Gauguin’s development as a portraitist. Oversaturation is a real danger. 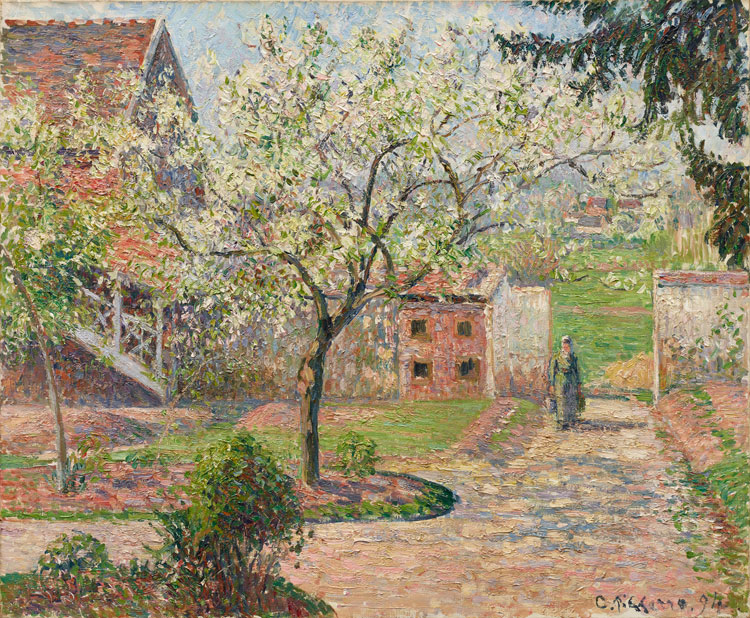 Mercifully, the distinctive qualities of Hansen’s collection prove that there is still much life in impressionism. While there are some eerily familiar faces – one corner contains a duo of Camille Pissarro’s late-career hotel-room perspectives on Paris and a mist-shrouded 1903 Waterloo Bridge by Claude Monet – the Ordrupgaard collection is full of new discoveries, many rarely seen outside Denmark.

The first chamber of the Gabrielle Jungels-Winkler Galleries focuses on landscapes and cityscapes, of all shapes and sizes. One early work by Monet, The Chailly Road Through the Forest of Fontainebleau (1865), exhibits only the seeds of the style he would develop a few years later. Smooth and flat, and almost sepulchral in its stillness, it seems to belong to a different era entirely. Perhaps inspired by the steel-blue skies and maritime culture of his own country, Hansen had a particular fondness for landscape with water. A corollary of this nautical bent is a preponderance of industrial scenes, reflective of a world in an accelerated period of change. Alfred Sisley’s Unloading Barges at Billancourt (1877) turns the titular vessel into an animate presence, dwarfing the workers who serve it. The under-appreciated Armand Guillaumin’s Le Quai de Bercy (1885) depicts another swelling industrial suburb, on the other side of Paris. A boat moored for the unglamorous purpose of extracting alluvial sand and gravel sits in an almost eerie calm. 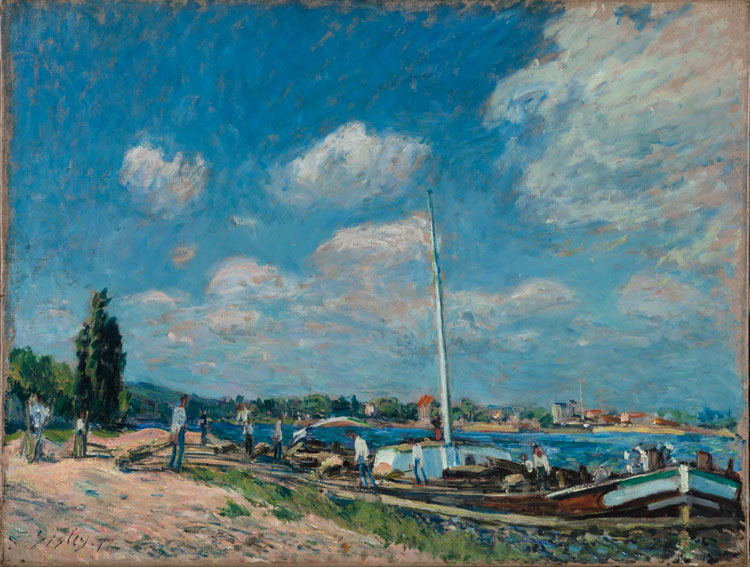 Hansen’s final collection went as far back as Ingres and Delacroix, figures already canonical in Hansen’s time; his holdings of these towering rivals are consequently minor. But he managed to amass a career-spanning cache of Corot, whose landscapes sit between classicist Arcadia and spontaneous modernity. Perhaps because of his later-life thrift, Hansen also had an eye for sketches. An oil sketch from c1875-76 by Pierre-Auguste Renoir for his landmark Dance at Le Moulin de la Galette is electric, with surging brushstrokes capturing the glimmer of the day and the celebration of the dance. Degas’ Courtyard of a House (1873), signed by the artist but unfinished in appearance, reveals something of his process, with fleet lines delineating space. And Monet’s extempore The Cliff near Sainte-Adresse, Overcast (c1881), with dashes of paint above visible canvas, showcases that artist’s extraordinary ability to create depth even with limited means. It is fascinating to see these masters part-dressed. 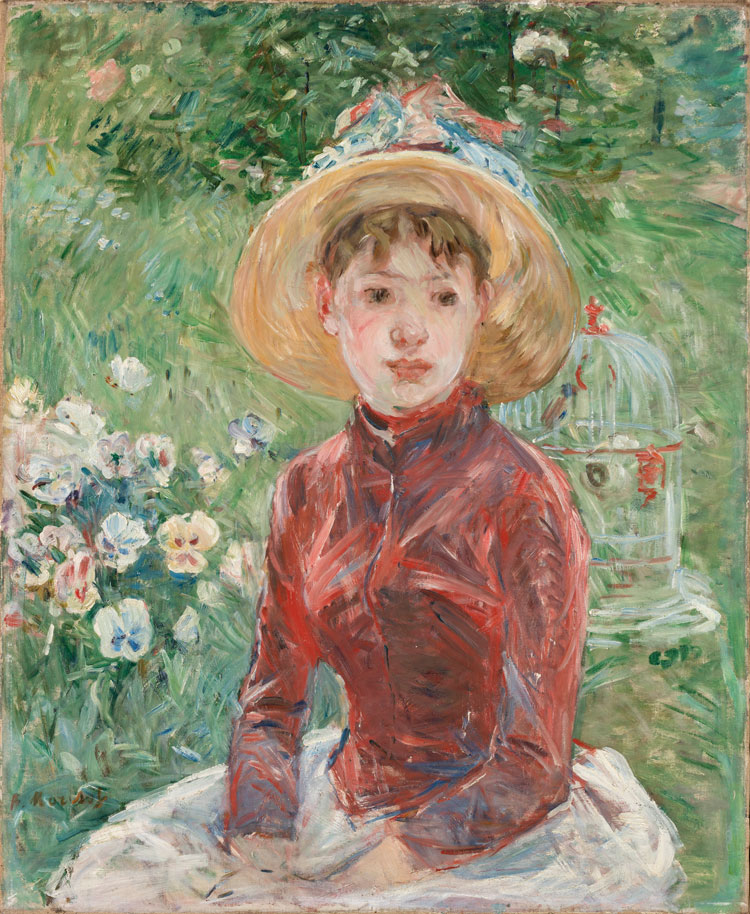 Sixty works is more than it sounds, and the highlights flow thick and fast: the great Gustave Courbet’s Wiremakers’ Workshops near Ornans (1861), which shelter beneath a mountain; Berthe Morisot’s intimate, psychologically astute Woman with a Fan (1874); and an almost luridly bright Still-life by Odilon Redon (c1901), whose orange capsicums might herald the explosion of colour to come with fauvists. Redon’s push beyond the naturalist colours of impressionism parallels that of Gauguin, who comes to dominate the exhibition’s final room.

Hansen collected Gauguin judiciously, often dealing directly with the painter’s widow Mette. Their earliest selection is a tender vision of Gauguin’s daughter Aline asleep. Already here, Gauguin begins to break with impressionism’s focus on the visible world, as he tiptoes between the dual reality of our view of Alina sleeping and her dreams, signalled by a wallpaper decorated with birds. When we later encounter two similarly recumbent figures in Tahitian Women (1898) , the father’s tenderness has been replaced by lust. Coursing with discomfit and disappointment even as they seethe with miraculous colour, these works serve as something of a counterpoint to the more serene, naturalistically hued works beforehand; it would be interesting to know what Hansen made of Vincent van Gogh’s more northern art of anxiety.

If there is a lacuna here, it is Hansen himself. The exhibition could have delved further into his private sensibilities. We learn that he would treat dinner guests to a view of Édouard Manet’s delicate Basket of Pears (1882) “as an extra dessert after the ice-cream,” and I would be curious to learn about the behaviours he attached to some of his less innocuous possessions. Hansen lived well past the heyday of modernism, but only purchased Henri Matisse’s spatially delightful Flowers and Fruits (1909) from all the fragmented trends that filled European art after the post-impressionists, and perhaps the curators could have further investigated this divide. Yet, in the end, it is only fair that Ordrupgaard’s distinctive treasure trove itself takes centre stage. It may not be impressionism as you have never seen it before, but it might impart a new perspective on one of western art’s seminal epochs. 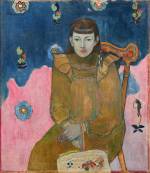 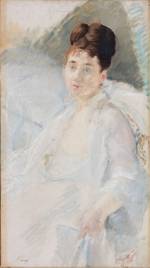