Susan Hiller’s exploration of anthropology and psychoanalysis sees her collecting, cataloguing, restaging and reforming cultural artefacts. Her work provides a fascinating insight into the mind and memory, says Christiana Spens

Exploring ideas of memory and repression through artistic processes and anthropology, Susan Hiller’s latest exhibition, Resounding, at Summerhall for the Edinburgh Arts Festival brings together familiar themes that continue to be relevant in their questioning of the mind’s construction of reality and past. By her use of traditional methods of archiving and collecting, Hiller builds further on this body of work, constructing a world of ideas and findings that becomes more substantial and fascinating with each layer of new research and its visual expression. The Summerhall exhibition, although only four small rooms, represents her work in a way that is concise and up to date.

Over these four rooms, a combination of large prints, installations of found objects and a large video installation provides a fascinating insight into Hiller’s ideas about the past, her dialogues with other artists and thinkers, and her use of collected objects. She is concerned with how individuals, and society at large, process cultural and personal memory, constructing a past therein. Influenced by anthropology, and especially psychoanalysis, Hiller creates works that expand and contribute to the current dialogues of these disciplines.

Although originally from Florida, Hiller has been based in London since the 1970s, exhibiting across the UK as well as internationally, with solo shows at Matt’s Gallery, London (2013), Tate Britain (2011) and the Baltic Centre for Contemporary Art, Gateshead (2004), as well as group shows at the Museum of Modern Art’s PS1 in New York (2011) and the Moscow Biennale (2011). The Summerhall exhibition is yet another acknowledgment of Hiller as a powerful force and influence on contemporary thought and art.

Resounding is being held in the maze of sprawling buildings that make up Summerhall, the recently developed site that previously housed Edinburgh University’s veterinary school. The clinical corridors, occasional examples of taxidermy, and the dusty old laboratories give an eerily scientific, experimental atmosphere to Hiller’s show, which seems, whether by accident or design, to complement the works’ preoccupations.

In Emergency Case: Homage to Joseph Beuys (2012), for example, Hiller has strange collections of old medicine jars and bottles that would not be out of place in the original veterinary school (indeed, a stroll around some of the old rooms, which have not yet been renovated, would turn up similar items). The labels on the jars, however, would be harder to find elsewhere, given that the bottles contain first-aid supplies and holy water that Hiller has collected from around the world. The labels read, for instance: “Tel Basta Well of the Child Jesus, Zagazig, Egypt”; “St Oswald Holy Well, Thornton-in-Craven, Yorkshire”; “Spring of the Oracle of Dodona, Greece”. In the same room is Joseph Beuys (with Anatol Herzfeld, Joachim Duchwitz, Ulrich Meister and Johannes Stüttgen) The work, which comprises a 71cm metal film canister with a brown cross and label on it, and contains a reel of Super 8 film and a reel of magnetic sound tape, is presented on a plain block.

These collections are brought together and chosen through Hiller’s anthropologically inspired process of collecting and cataloguing, and her restaging and transforming of cultural artefacts – a process which aims to explore how the mind works – both consciously and subconsciously, to understand (or construct) the reality of past and present. By apparently excavating repressed ideas and memories, as a psychoanalyst might encourage, Hiller makes prominent the ideas and experiences ignored by mainstream society and conventions.

Four of the 50 prints from the series Homage to Marcel Duchamp: Auras (2008) are displayed: Dark-Haired Woman, Grey-Haired Man, Purple Man and Man with Moustache. These large prints seem out of focus and blurry, in a way that is quite hypnotising and at times disconcerting. There is a sense that the more attention you give to them and the closer you are to the prints, the more you become lost in the images.

In the next room is Lucidity and Intuition: Homage to Gertrude Stein (2011), a semi-circular Art Deco writing desk that contains stacked copies of about 70 books on automatism and related issues, including Andy Couturier’s Writing Open the Mind, Peter McKellar’s Mindsplit, Fredric Schiffer’s Of Two Minds and Simultaneous and Successive Cognitive Processesby JP Das, John Kirby and Ronald Jarman. On top of the desk is a dossier by the artist.

These “homages” to historical influences in art and thought acknowledge the way in which cultural memory plays a significant part in Hiller’s own art practice, as well as bookmarking (perhaps literally in Homage to Gertrude Stein) figures who have shaped modern ideas and her own approach to art.

In the large video installation, Resounding (Infrared) (2013), from which the exhibition takes its name, Hiller presents a 30-minute film that is projected on to the entire back wall of the darkened room. The film shows moving visual patterns in vibrant, entrancing colours – dark fluorescent pinks, blues and purples ­– overlaid with stirring lines that recall a heart monitor, and which have been translated from radio waves emitted by the Big Bang. By playing sound frequencies alongside these visuals, as well as eerie recordings of disembodied voices talking about their experiences with extraterrestrial phenomena, Hiller’s installation conjures a hypnotising world of magic and possibility that is difficult to leave or forget. By sitting down to watch and listen, the audience taps into a mental experience that facilitates meditation on the extraordinary and the uncanny.

This work continues a long-standing interest in creating an orchestration of the human voice in 3D space, seeming to exploit the audience’s presence in the exhibition space to activate the work.  It also considers ideas of speaking and recording history and the human need to be heard and acknowledged – which is an idea central to all of Hiller’s work. The parallel exploration in these works of dream-like states – whether personal or relating to the history of human and earthly existence – make the experience of her work a difficult one, requiring meditation and leaps of imagination, but a rewarding one if the effort is made to think on her wavelength. 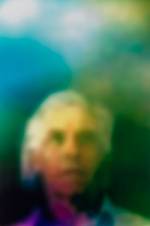 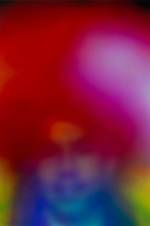 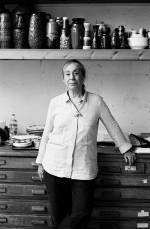