Spellbound is an exhibition that not only examines the superstitious practices that governed our ancestors, but also exposes those we still cling to today 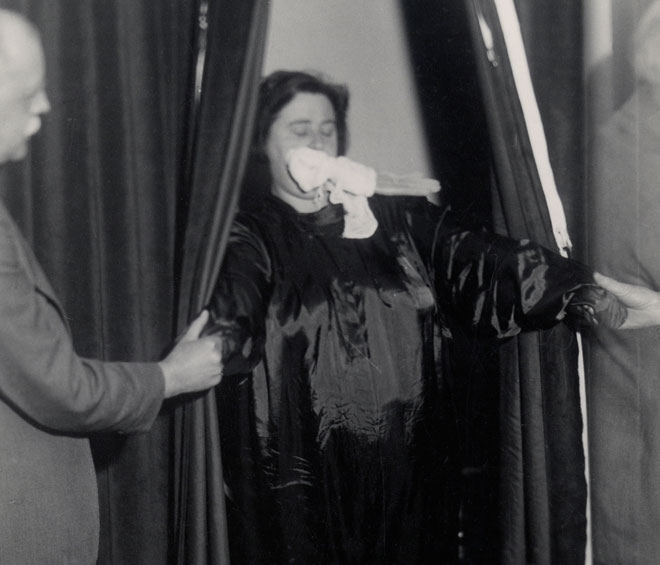 Helen Duncan emerging from curtains with ‘ectoplasm’ – her hands holding those of others at the séance, Edinburgh, 1933. Photograph © Senate House Library, University of London.

Imagine a world teeming with spirits and demons. Some are helpful, but many are out to do you harm. They can enter your body or invade your home, through the windows, the chimney or a gap under the door. These forces can be harnessed for good or evil. They can be summoned through spells, they can help you find love, but they can also strike you down. In the first room of Spellbound at the Ashmolean Museum, we are introduced to this unpredictable world of magical forces, which coloured the perspectives of generations down the centuries and still persists in many imaginations today.

The Planet Man, from a Flemish Book of Hours, after 1488. Ink on parchment. The Bodleian Library, University of Oxford (MS Douce 311).

We start with the cosmos and how heavenly bodies were believed to influence everything from our love lives to our digestive systems. A page from a Flemish book of hours made some time after 1488, shows Planet Man, a grey figure with his torso split open for the purposes of illustration. Helpful captions tell us that Saturn rules the lungs and the moon controls the mind, which is, of course, where we get the term lunatic. At the bottom of the page is a charming illustration of a rather gently confused jester, afflicted with a lunar madness. His eyes point in opposite directions and he has a finger to his mouth as if pondering whether he locked the front door. His jacket has a hood with pointed ears and he holds a little staff bearing his own image. The message is that man is ruled by forces beyond his control, but as long as he understands the movements of the planets, he can prepare himself. And millions of people still believe this.

That “magical thinking” persists into our rational era is the first point the curators wish to make. Don’t judge our medieval ancestors too harshly because our lives are littered with little rituals. If you have a lucky object or touch wood then you, too, are susceptible to superstitious habits. And “not many of us would want to take a photograph of our mother and gouge the eyes out”, the Ashmolean’s director, Alexander Sturgis, points out, “just in case”. But don’t feel bad about it. That these practices increase at times of stress and turmoil is illustrative of our impulse to regain some control in a chaotic world. In short, we have evolved to be this way.

From notions of appealing to demons for help and charting the movements of the planets, we move into a room dedicated to the way people protected themselves and their homes from malevolent forces. These included mysterious symbols, which, “once you start noticing them, you see everywhere”, co-curator Sophie Page tells me. They were drawn on doors and in doorways to protect buildings and livestock. Also, a range of unlikely items was stuffed up chimneys and under floorboards for the same reasons. Shoes, knifes and animal hearts pierced with nails are among the objects that have been found during renovations and date from the 16th to the 20th centuries. Things were concealed in the walls, too. A gruesome mummified cat is among the things on display in the black, spot-lit gallery. This central room has been cleverly designed so that visitors have to peer up into chimney-like vitrines or into sloping recesses that evoke timbered houses. And uncanny sounds from an installation by artist Katharine Dowson permeate the gloom. Inside a dark, partitioned corner of the gallery, a glass heart pierced with red lasers casts wispy shapes on the walls, while noises of scratching hint at unseen creatures. 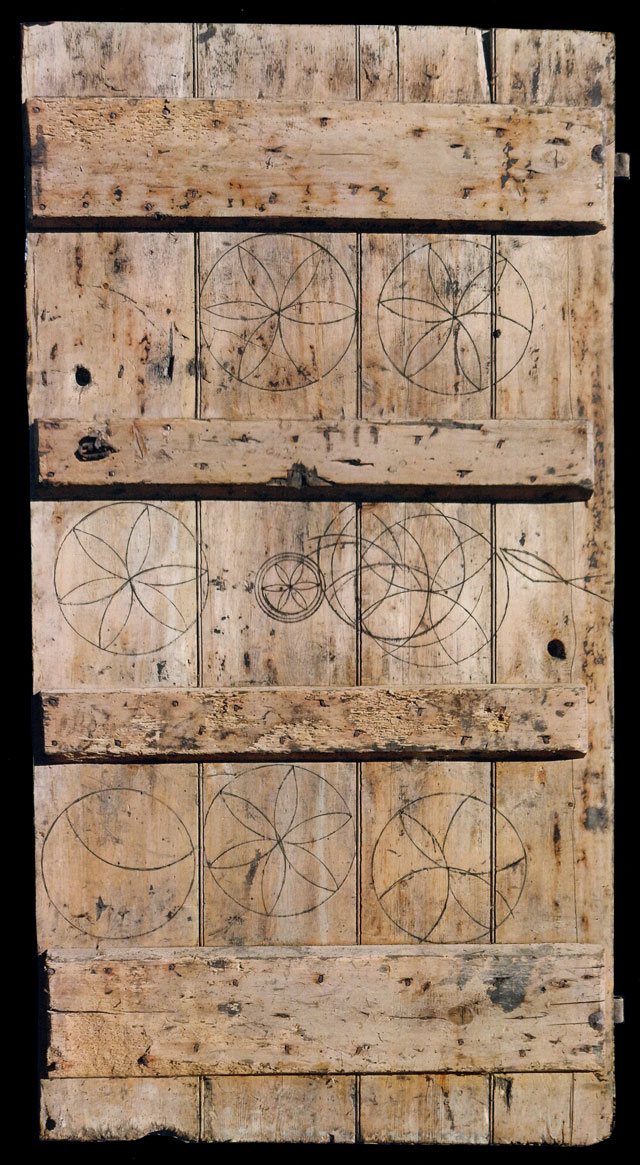 It was believed that the orchestrators of these malevolent invasions were witches, but not the wart-ridden crones of popular imagination. Anyone in your village could have been a witch and men were not exempt from suspicion. However, trials were, we are told, expensive and lengthy affairs. More often, people employed the help of “cunning men” to flush a witch out of their home, or carried lucky charms with them. And there was scepticism from law-makers. Perhaps to reassure a nervous community, those accused of witchcraft were weighed against a Bible. If they were found to be heavier, which, of course, they always were, then they were innocent. Case closed; let’s all go home and put this sorry mess behind us. But, occasionally, things went further.

The tragic story of Margaret Moore is told in the last room of this exhibition through the voices of actors. A transcript of her trial in 1647 has survived and details her remarkable confession. Moore lost three of her four children and tells how demons appeared to her in their image, promising that if she sold her soul to the devil, then her last surviving child would be spared. She claimed to have signed a contract with her blood, thereby permitting evil spirits to wreak havoc on local cattle. She was found guilty and hanged.

Moore was clearly traumatised by losing her children, and what was likely a horrible nightmare and a few sick cows resulted in an unwell woman losing her life. Others were convicted of witchcraft when neighbourly disputes got out of hand, or when several unexplained deaths struck a single family, but there were those who were so disliked that they inspired “ordinary” people to dabble in sympathetic magic. A “well-to-do lady” from Exmouth was considered so hateful that one of her apparently many enemies stole a piece of her dress and made a “poppet doll”, a kind of proxy for the intended victim, and stabbed it through the face with a stiletto dagger.

In this last room, there are some wonderfully imaginative etchings and woodcuts of people encountering witches, or of frightening hags toiling over cauldrons. Salvator Rosa’s dark canvas, Witches at their Incantations (1646) is the most frightening, a true image of horror that peaks with the twisted grey corpse of a man hanging from a tree, his neck hideously stretched by the noose. An old woman is cutting off his toes, which are no doubt a key ingredient for some ghastly spell. It is the imaginative product of irrational fears, the visualisation of anxieties that have always haunted mankind. We may no longer blame witches for our misfortune, at least not in the UK, but the human tendency to scapegoat and whip up a frenzy of modern other, less fantastical demons, shows no sign of going away.

In this room, we also learn, astonishingly, that the last witch trial took place in England in 1944. It infuriated the then prime minister, Winston Churchill, who saw the whole thing as a monumental waste of time and money. Nevertheless, spiritualist Helen Duncan was found guilty under the 1735 Witchcraft Act and imprisoned. What had really been a case centring on fraud (the “ectoplasm” she produced from her body was a length of imitation silk) was reported by the press as a witch trial for the obvious levels of excitement it would generate in the public imagination. That we are still so fascinated with all that goes bump in the night will ensure a steady footfall through the Ashmolean’s doors this autumn. 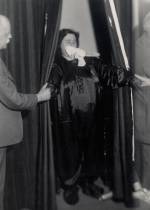