Sophie Calle and her guest Jean-Paul Demoule: The Ghosts of Orsay

Sophie Calle and her guest Jean-Paul Demoule: The Ghosts of Orsay

Through photographs, text and objects, Calle weaves a tale about the time she spent staying in room 501 of a derelict hotel, and those who stayed and worked there before her 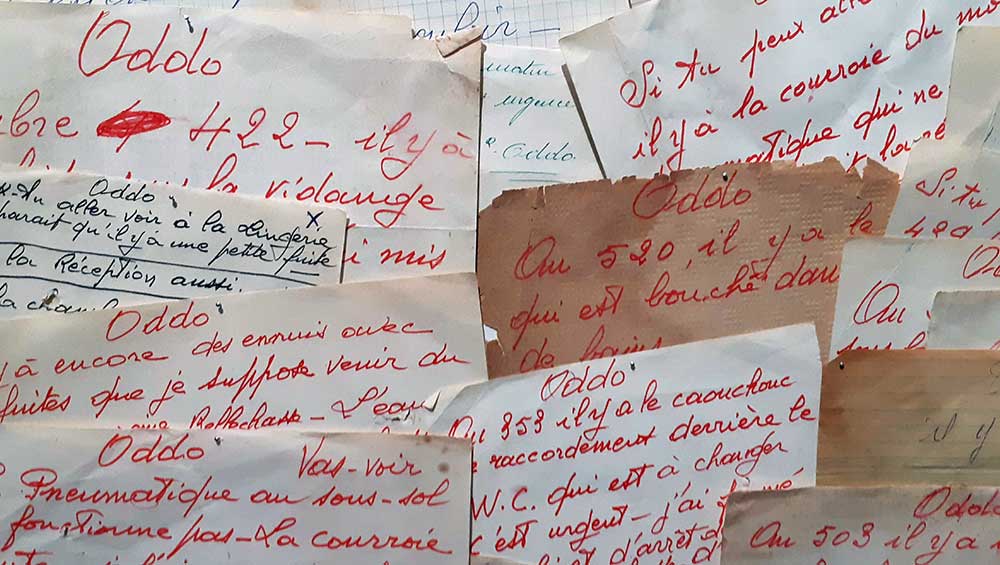 Visitors to Sophie Calle’s The Ghosts of Orsay may well ask themselves what this contemporary art exhibition is doing at the Musée d’Orsay, in Paris. Twenty-first-century artists are not a specialty of the museum, which was originally a railway station built for the 1900 world fair and is today a mandatory stop for lovers of impressionism. Yet, this is not the first time Calle has occupied the place. 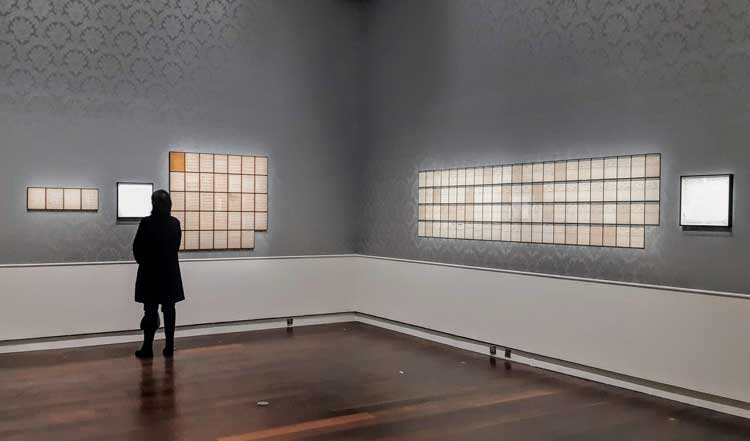 On the previous occasion, though, in 1978 and 1979, the museum did not exist and neither did Calle as we know her today, a world-famous artist. At that time, she was striving to find an occupation she liked – and that her father accepted. One day, while exploring Paris, Calle (b1953) pushed at a door and was surprised to find it open. It was a door to the Grand Hôtel Palais d’Orsay, a grandiose place in ruins – and completely deserted. It had been empty for at least six years. The building, a monument of the Belle Époche, had once been a luxury hotel that served the train station. Calle decided to make it a place of her own: she picked room 501, which faced the street, and came back there each day. It was a place to read and to be alone, she said – and occasionally whirl like a dervish in the ballroom. 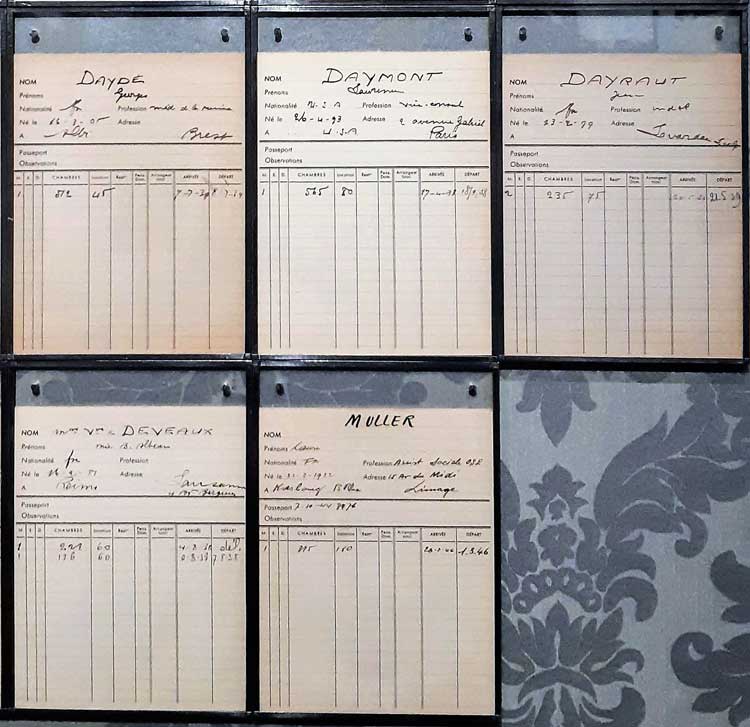 Despite its filthy aspect, with wrecked furniture and even dead cats, something attracted her back there day after day. In retrospect, she can identify the same leitmotif present in most of her artwork: absence. The hotel, which had witnessed numerous life stories over many decades, then hosted only the ghosts of its former guests and staff. Documents, such as electricity bills, with references to those ghosts, now hang on the walls of the Orsay Museum. Calle began to pickup whatever she could, including papers and objects, when she realised she would soon be unable to get back in to the hotel, as construction work finally began to turn the derelict building into the museum it is today. A wallpaper just like the old hotel’s makes them feel at home. 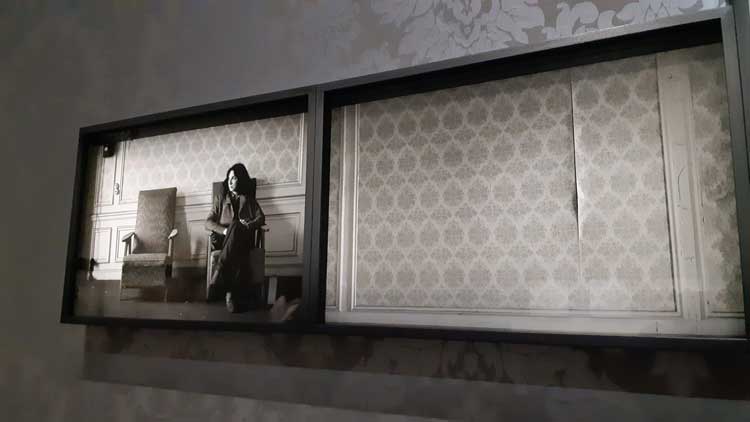 Wanting remembrances of the place she once had all to herself, she made poetic pictures of the remains of the former luxury hotel – she mostly identified herself as a photographer at the time – and she collected everything, from old objects such as a doorbell and a lock to small notes on torn pieces of paper.

She noticed a presence among the absent: the mysterious Mr Oddo, an employee whom she made into a central character of her exhibition at Orsay in partnership with the archaeologist Jean-Paul Demoule, whom she invited to dig down into the traces of those relics – “trophies”, as she calls them that she never thought she would one day turn into art. 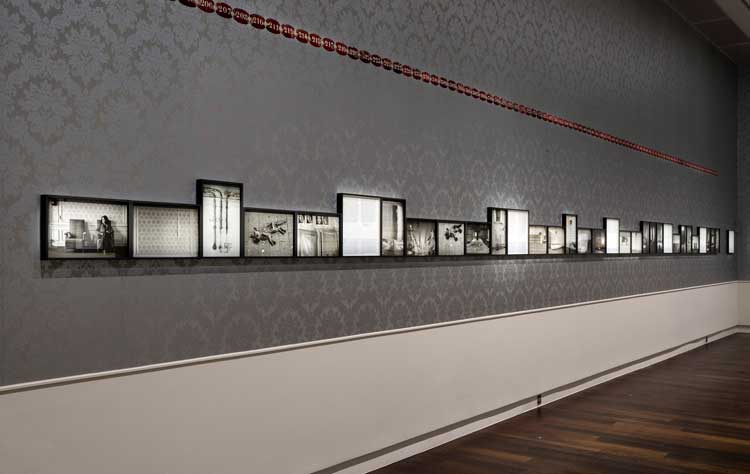 A row of red room number plates above the pictures of the abandoned hotel rooms taken by Sophie Calle in 1979. Photo: Sophie Crépy.

Demoule’s analyses are framed, just like the pictures Calle took in 1979 and the documents that span a period of at least three decades, from the 40s to the 70s. They retell the days in which Calle occupied room 501 and are testimony to a time when military guests from the Red Army during the second world war caused apprehension. 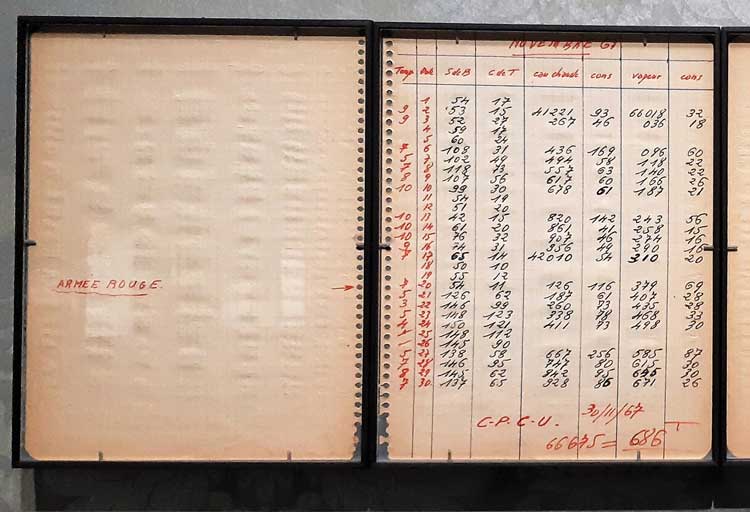 Records of the presence of the Red Army during the second world war. Photo: Ana Duarte.

Calle’s own texts come right below. They are not identified as such, but one can guess the author by the tone. And, as in other exhibitions by the artist, text plays a central role, always placed at a blurred border between document and art object – a border we didn’t know could be so indistinguishable. 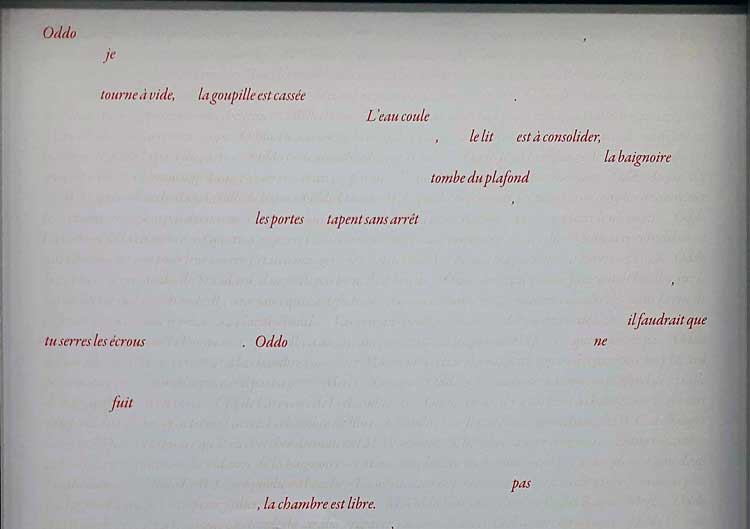 A letter Sophie Calle addresses to Mr Oddo using words from the notes she has collected. Photo: Ana Duarte.

A triptych of framed texts by the exit of the exhibition differs from the previous ones. In the central one is the transcription of all the notes addressed to Mr Oddo. On each side, Calle writes her own letters to her character, highlighting selected words of the original notes. Oddo is not the only ghost of Orsay. Calle herself, sitting shyly on the bed in room 501, is another: a 25-year-old not-yet-artist. Maybe that was how the engineer who one day reached the 5th floor of the hotel saw Calle, who continued to visit, ignoring the presence of the workers downstairs. She resisted giving up her room. 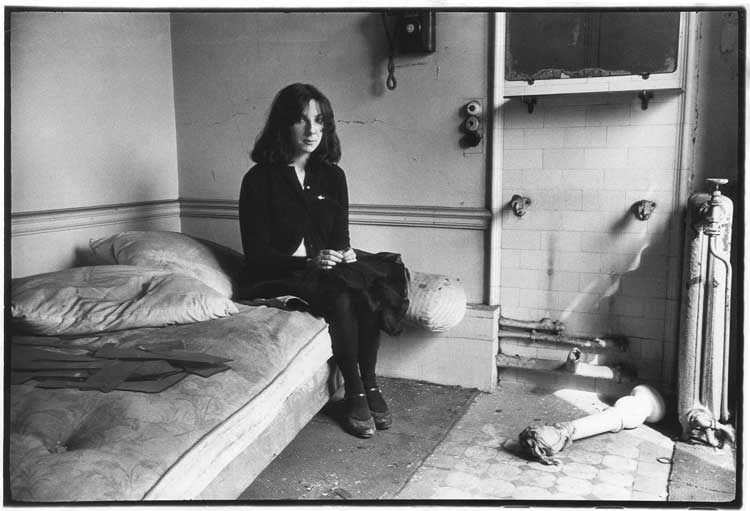 The ghosts are still there. Calle found them when visiting the museum during a lockdown evening last year, more than 40 years on. It was an idea from Donatien Grau, adviser for contemporary programs at the Musée d’Orsay. Orsay’s best-known pieces then stood in the dark: one of Van Gogh’s self-portraits, Édouard Manet’s Le Déjeuner sur l’Herbe, Gustave Courbet’s L’Origine du Monde, Edgar Degas’s La Petite Danseuse. The artist registered a new aura of theirs. She heard an English-speaking girl visiting the exhibition with her mother describe them as “creepy”. 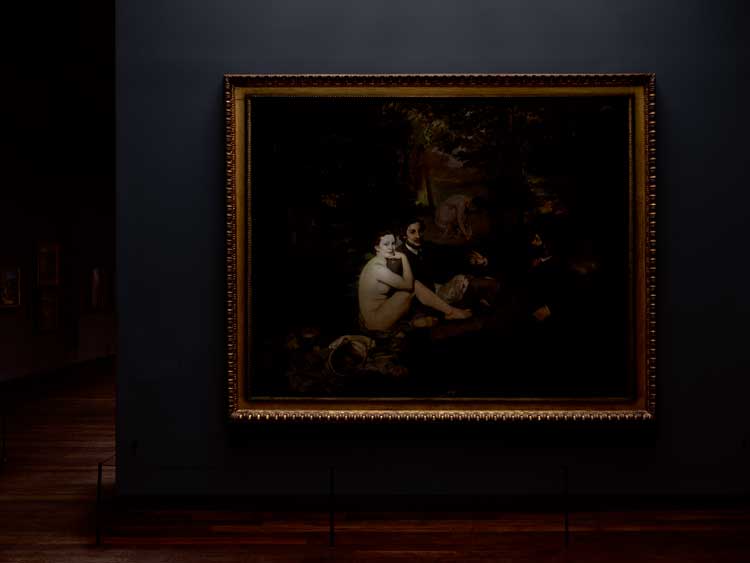 Above the grey-painted wall, a sentence paints a scene where all of them take part: “At the Galette Mill, the floor scrapers and the little 14-year-old dancer have lunch on the grass with Olympia and are still discussing the origin of the world when, over the poppy field, the starry night falls. Vincent watches.”1 The text works here as a title to the work below – just as, in the previous room, representing the past, a row of red plates with an irregular sequence of room numbers topped the pictures of the abandoned hotel rooms. 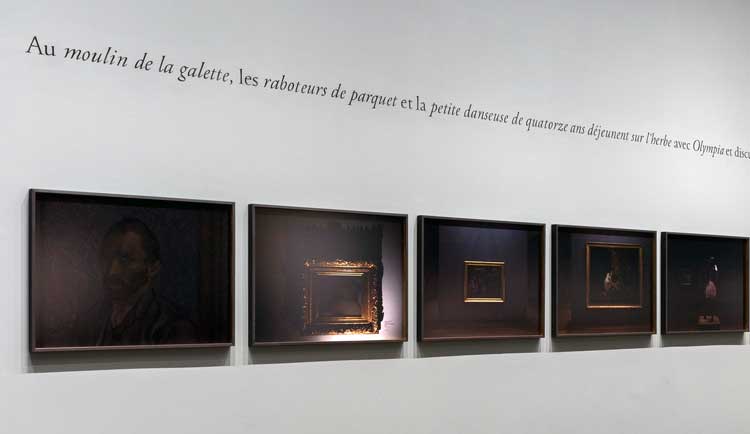 Masterpieces from the Musée d’Orsay in the dark. Photo: Sophie Crépy.

Another two unexpected ghosts crossed Calle’s path. She finds that two skiers from a painting by Cuno Amiet are not portrayed on the canvas, but on its back: “Au dos,” Calle writes in capital letters to conjure her ghost, Mr Oddo. 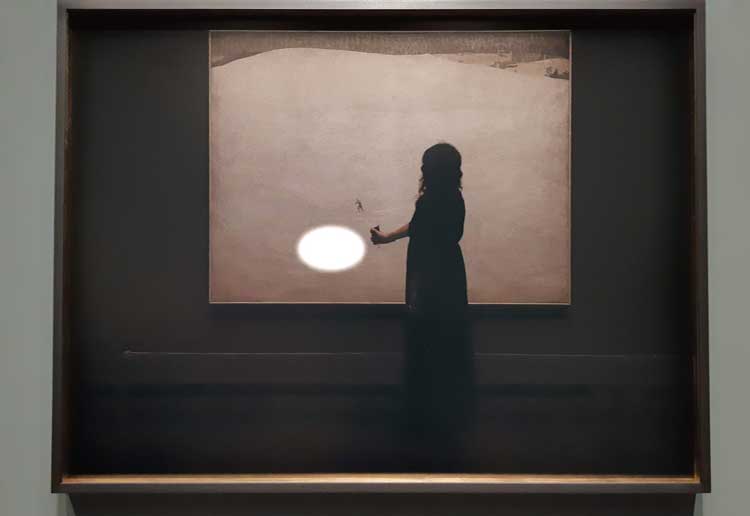 Sophie Calle shows the spot where the other two skiers appear on the back of the canvas. Photo: Ana Duarte.

The exhibition at Orsay has produced a book as a byproduct, The Elevator Resides in 501. The title describes the fate of her adored room. Curiously, Calle has also authored other books about hotels and ghosts: The Hotel (2019) is the result of her experience as a chambermaid for Hotel C in Venice, in 1981, not long after her adventure at the Hotel d’Orsay. And in Ghosts (2013), she leads with lent or stolen paintings in Paris and New York’s museums as ghosts. Hopefully, the ghosts at Orsay, by contrast, will remain there.