Seized By the Left Hand

Seized By the Left Hand 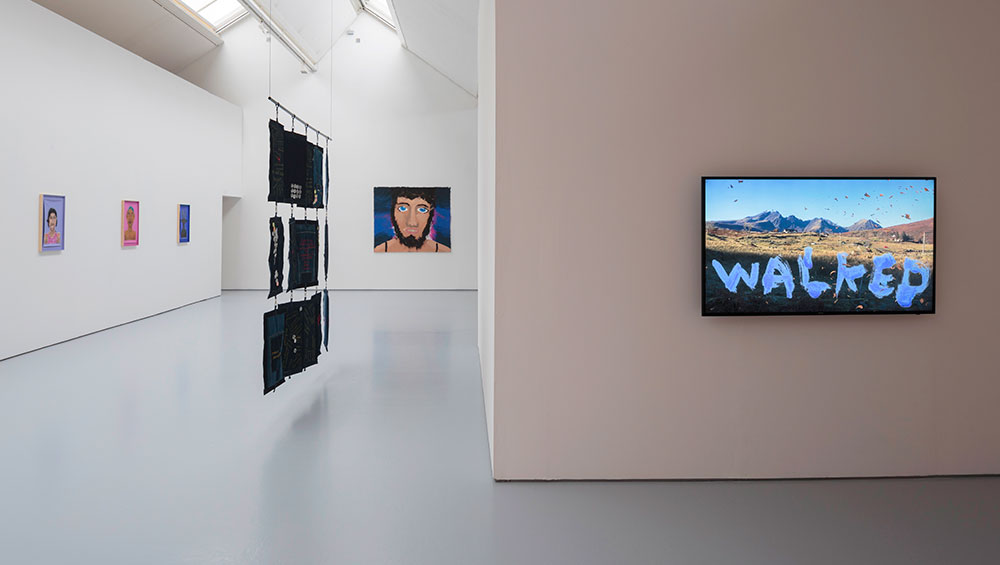 In 1969, Ursula K Le Guin published her novel The Left Hand of Darkness, a masterpiece of feminist science fiction set on an icy planet called Gethen (which translates as “winter”), whose inhabitants continuously shift and change gender through their lives. Exploring profound questions about sexuality, environment, communication, power and empire, the novel’s relevance to modern life is clear. In particular, the vision of gender fluidity, of expansive identities and ways of living, is freeing and exciting, an idea around which the many artists in this exhibition pivot and explore their own forms and experiences.

Using The Left Hand of Darkness as a starting point, Dundee Contemporary Arts’s latest show – curated by the ever-inventive and innovative Eoin Dara and his longtime friend and collaborator Kim McAleese – establishes a community of international artists to explore and expand on the ideas raised by Le Guin’s work. Across painting, drawing, sculpture and moving image, and complemented with parallel performances of poetry and dance, and publications of zines and pamphlets, this is a truly multifaceted and multilayered production. Like every recent exhibition that Dara has directed, this exhibition shows curating itself to be a vital art form that has the potential to be revolutionarily collaborative and dynamic. 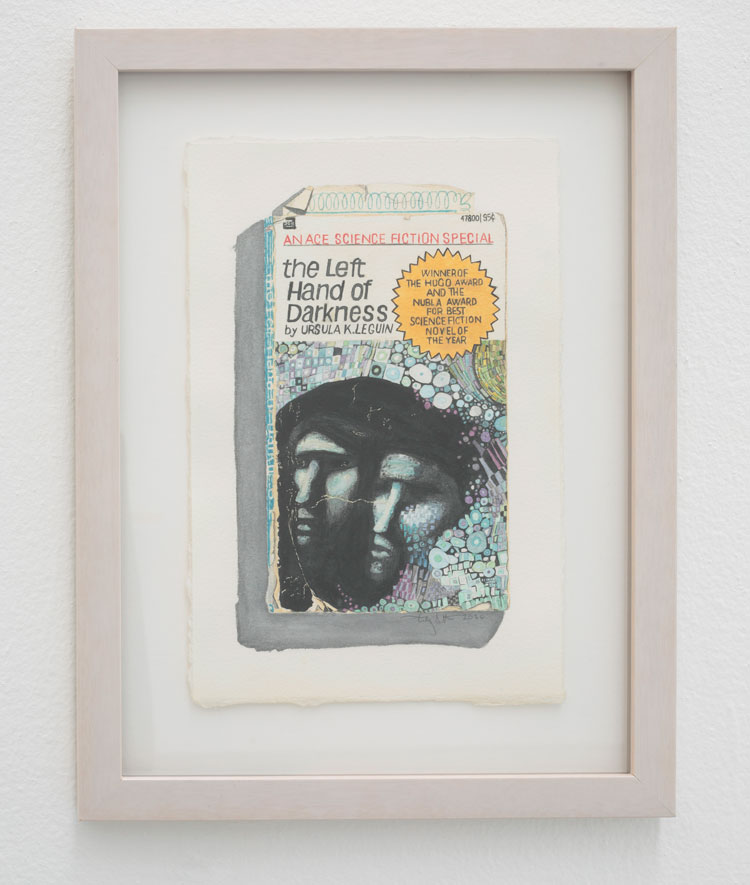 Beginning in Gallery 1, and making the central role of Le Guin’s novel clear, the exhibition presents a series of drawings and gouache and watercolour paintings by New York-based artist Tuesday Smillie, drawn from a wider body of work collectively titled Reflecting Light Into the Unshadow. These to-scale works depict physical copies of the novel (complete with creased pages and torn covers) as it has been reprinted since 1969, giving a personal and wider context to the exhibition and its concerns, shared by so many people over so many decades. 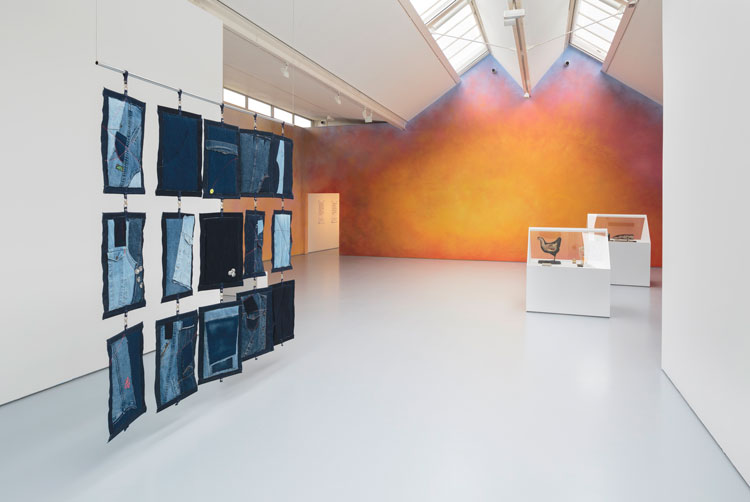 In Gallery 2, we are met by a vibrant collection of work, including large figurative paintings, a room-divider made of patched-together denim clothes, taxidermy animals and four moving-image works. The former collection of striking portraits by the Mexican Manuel Solano depicts the artist’s visual memories of family, friends, lovers and strangers, as well as figures from pop culture, following the artist’s loss of sight from complications connected to an HIV-related infection. 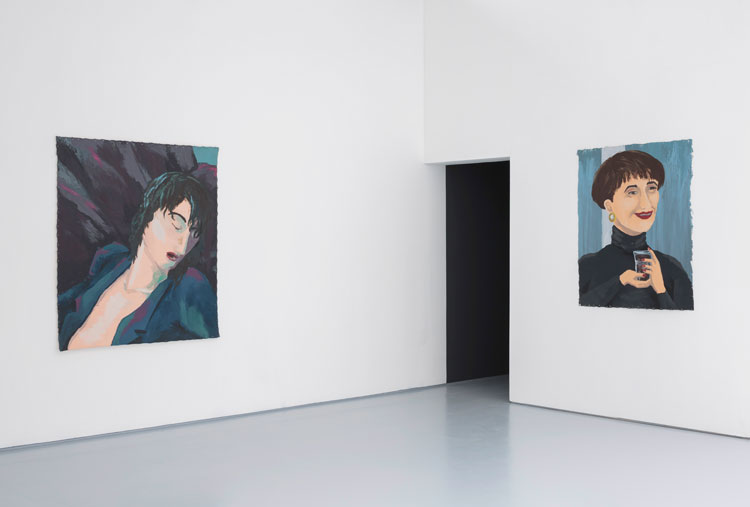 Exploring Solano’s sense of self as relational and made up of their memories of experiences with others, as well as the prominence of visual memory in their conception of identity, these moving works highlight the fluidity between people and the ways in which personal identity is contingent on that.

Singaporean Ming Wong also explores identity and its destabilisation. His film Bloody Marys uses the siren song Bali Ha’i from the 1958 movie of the Rodgers and Hammerstein musical South Pacific. He creates 16 Bloody Marys to re-enact the problematic and orientalist production in a way that makes a mockery of the original film. Using internet footage of amateur and high-school productions of the musical, as well as the artist’s own performance, the film collages these Marys to subvert the original, exoticised character and wider mythology. 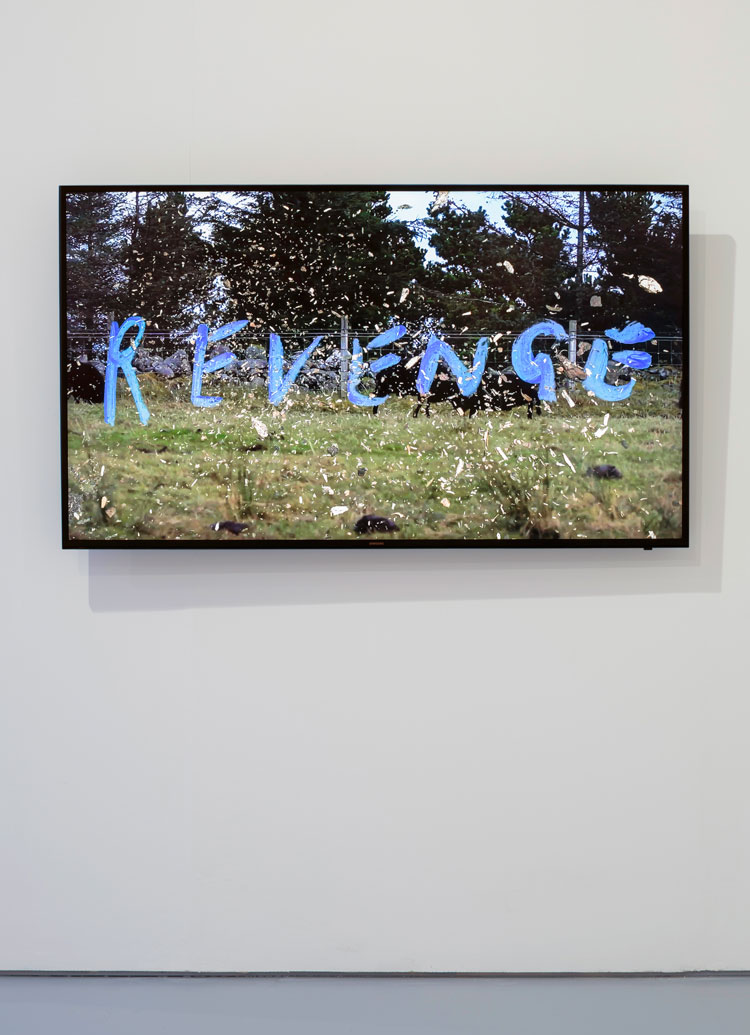 In Promised Lands, the Scottish-born artist Emma Wolukau-Wanambwa confronts the ways in which Uganda and Kenya have been exoticised and exploited by western colonial powers, as well as the entangled displacement of various communities following war and exile. Using her own voice alongside that of her uncle and the 19th-century Hungarian economist Theodor Hertzka, the artist reveals the journeys made by European refugees during the second world war, as they tried to create utopian settlements in Africa, and explores the modern-day displacement of communities. 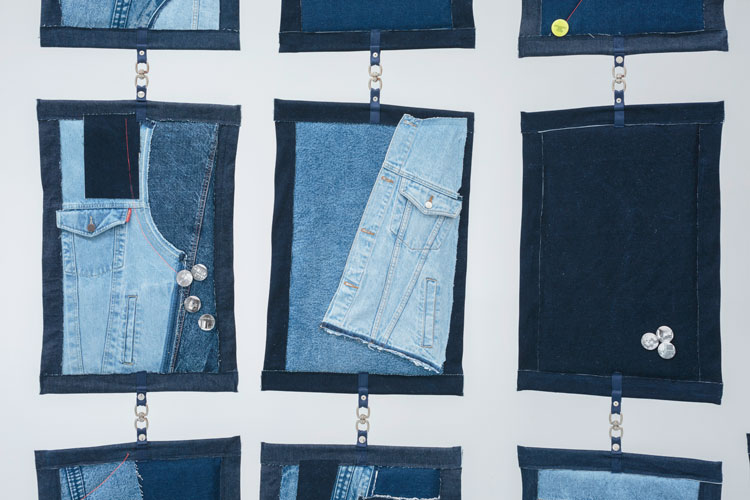 Elsewhere in Gallery 2, there are a number of dynamic installations. Beside Solano’s paintings, there is a room divider by the Irish artist Emma Wolf-Haugh, made from patches of denim, velvet and PVC, suspended from the ceiling. Recalling the work of the Irish modernist designer Eileen Gray, this sculptural work challenges the patriarchal character of modernism by misappropriating screens that Gray produced. Using soft fabric and decorating it with queer writing and ephemera, Wolf-Haugh disrupts the architectural space itself and questions the gendered ideas we have about materials, open spaces and physical interactions with them and architecture more widely. 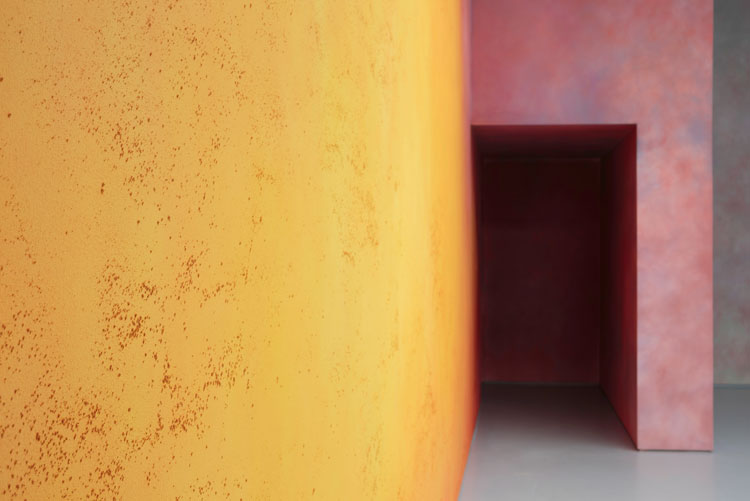 At the back of the gallery, the French artist Flora Moscovici has created an immersive environment by spraying the walls a peach colour, giving the impression of a soft glow of fire, or a light-coloured cave. Referencing volcanic eruptions in four glacial landscapes, and intending to create a sense of warmth breaking through ice, Moscovici’s work (Crossing the Kargav) relates to Le Guin’s novel and its protagonist’s journey through the icy wilderness of Gethen. In a similar vein, the British artist Isaac Julien’s film installation Encore II (Radioactive), inspired by the work of the African American science fiction writer Octavia Butler (a contemporary of Le Guin), creates a wintery Icelandic landscape, transforming it into a timeless, ambiguous place in which a cyborg roams eerily, constructing a surreal, meditative atmosphere.

In an unusual and fascinating addition to this group exhibition, there is also a display of taxidermy animals from the University of Dundee’s D’Arcy Thompson Zoology Museum, chosen to show the ways in which other species exist with alternative ideas about gender, sexuality and kinship. They are placed next to a collection of beautiful drawings by Abel Rodríguez, an elder of the Nonuya ethnic group from the Cahuinarí River in the Colombian Amazon. 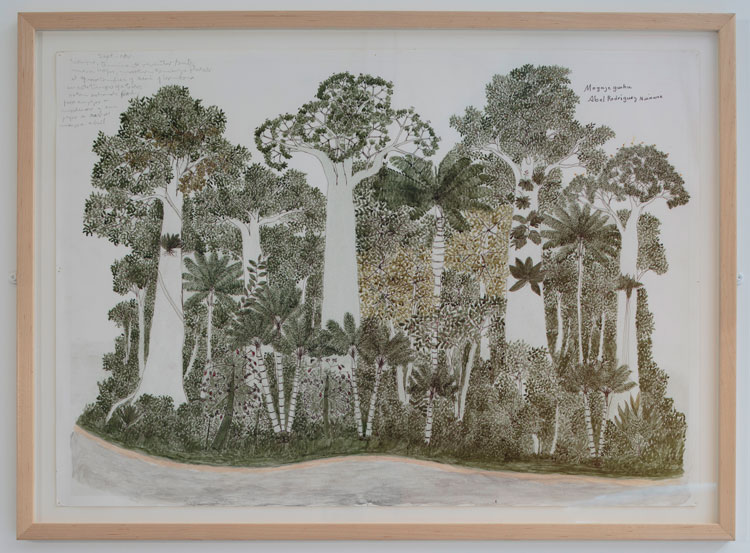 Rodríguez, an exile displaced by guerrilla militia and complicit government forces, drew from memory these exceptional works showing the area’s indigenous flora and fauna. The drawings are very moving, depicting a lost home and creating a sort of utopian vision.

All these works confront the ideas and experiences of exile and utopia, creating a world of worlds for visitors to explore. Although the undertone to these visions is one of profound loss, the show remains optimistic. Opening two days after the recent UK general election and Labour’s overwhelming defeat UK-wide (though the SNP’s win in Scotland), Seized By the Left Hand is certainly timely. This measured and thoroughly considered vision of clarity and sense is much-needed in otherwise confusing and gloomy times. The sheer brightness of Moscovici’s fire-like installation, breaking through its ice, reminds us of the possibilities of slow, yet miraculous change, the better world that we dream of and which may yet, despite everything, come into being. As Le Guin said so aptly in 2014:  “We live in capitalism, its power seems inescapable – but then, so did the divine right of kings. Any human power can be resisted and changed by human beings. Resistance and change often begin in art.” A truly hopeful, reflective exhibition that is, at its core, deeply compassionate and visionary, Seized By the Left Hand begins and persists in bringing about that change. 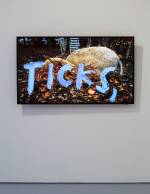