"Think about a 20th century without Rudolf Steiner – it would be a catastrophe."1 So says Tony Cragg (born 1949), one of the artists whose work is included in Rudolf Steiner and Contemporary Art, an exhibition celebrating the influence of one of the most eminent and controversial thinkers of the last century. Steiner’s (1861–1925) repertoire is expansive: perhaps best known as the founder of Anthroposophy (a philosophical discipline, with links to Theosophy, attempting a synthesis between science and spirituality), he was also a literary critic, artist and architect (designing 17 buildings, most famously the Goetheanum in Dornach, Switzerland), and social reformer, making his mark in fields as disparate as education, medicine, and agriculture.

Following in the footsteps of Goethe, who believed that matter could never exist without spirit, nor spirit without matter, Steiner saw the world as an essentially indivisible entity and denied any justification for separating faith and knowledge, or the spiritual and natural worlds. He believed thinking to be equally as valid an experience as anything involving the six senses ("Thinking [...] is no more and no less an organ of perception than the eye or ear. Just as the eye perceives colours and the ear sounds, so thinking perceives ideas."2) and saw art as a bridge between the spiritual and material reality.

In Thinking without Limits: Inspired by Rudolf Steiner, a parallel exhibition organised just for the Prague leg of the larger show, which was originally shown in Germany, we are able to see a range of Steiner’s own sketches and notebooks, alongside paintings, woodcuts, and photographs by his contemporaries, including prominent Art Nouveau pictorialist, František Drtikol (1883–1961), and Richard Pollak-Karlin (1867–1943), whose works, although reminiscent of Old Master religious tableaux with their angels and virgin-like figures, retain a sketchy finish, thus leaving them merely suggestive of the image, and more spiritually evocative. The repetition of shapes and patterns – especially diamonds – is a precursor of abstraction, and critical to Steiner’s proposed process of inner development, whereby one must first imagine (by focusing on symbolic patterns, images, and mantra), then be inspired (by transcending the imaginative pictures and becoming aware of the meditative activity itself), and finally reach the stage of intuition (direct contact with the spirit).

The main exhibition of contemporary works begins with a couple by Anish Kapoor (born 1954). Untitled (2007) is a large transparent cube encasing a floating object – is it a brain, a cell, a jellyfish? – itself exuding bubbles. Its suspended nature captures the existence of matter in space, and Steiner’s belief that material objects are gradually condensed from the spiritual. This idea is further explored in Manuel Graf’s (born 1978) Buchtipp (2008–9), a short film discussing a book by Theodor Schwenk,3 capturing images (“developmental stages”) of a stream of liquid being directed into still water, and comparing them to a human larynx, taking this as evidence of Steiner’s view of (re-)incarnation and of everything being the result of a process of flow.

Also included is Simon Dybbroe Møller’s (born 1976) Dance of Light (2008), a series of 162 slides, a blur of movement, of dancers in bright leotards and leggings, which runs parallel to a film of a eurythmic performance at the Goetheanum, a style of performance art, developed by Steiner and his wife-to-be, Marie von Sivers, aspiring to bring various sensory stimuli into harmony, relating movements and gestures to tones and rhythms, as well as to moods, colours, and feelings.

Several works are encased in vitrines, including the majority of those by Joseph Beuys (1921–86), an idea harking back to Steiner’s concept of our compartmentalisation of ideas. Beuys’ most interesting contribution, however, is Letters from London (1977), actually a lithograph, but closely resembling the various blackboard sketches by Steiner, which unite the two exhibitions. Not produced as art, these remained largely overlooked in his archives, until rediscovered in 1991 by students of Beuys. Showing diagrams of the planets, words, symbols, and brightly coloured swirls, these scribbles formed the basis of Steiner’s lectures, offering a tangible representation of the concepts he sought to explain. “This, after all, is the peculiarity of all that we have on Earth: the Spiritual here must always have physical carriers.”4 And that, surely, as evidenced by the works on show here, is the role of art in its varying forms. 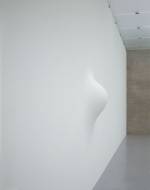 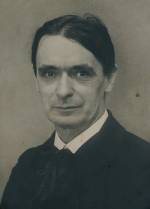 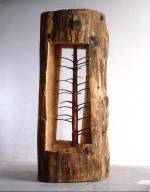 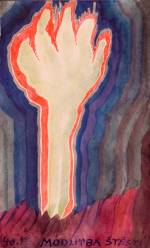 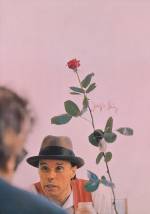 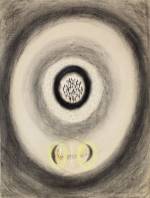 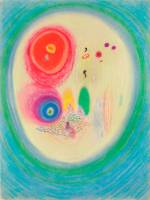 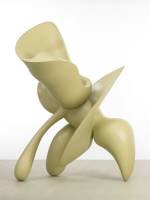