Robert Irwin: All the Rules Will Change

Robert Irwin: All the Rules Will Change

This exhibition looks at work the artist produced from 1958 to 1970, a time when he reconsidered the premise of art and art-making

The exhibition begins near the end of its story. Walking into the first room of Robert Irwin: All the Rules Will Change, the visitor encounters one of the artist’s acrylic disk paintings, Untitled, 1969. Hanging, isolated, on the smoothly painted white gallery wall, illuminated by eerily clinical white fluorescent light, the work dominates the empty space with a pulsating presence.

In 1970, Irwin (b1928) closed his studio, sold its contents, and destroyed most of the correspondence, documents and ephemera that would have constituted an artist’s archive. At this moment, he left painting and object-making behind; he embraced a peripatetic practice and focused his attention on devising site-specific works that respond directly to the conditions of the space he is presented with. During the 12 years preceding his abandonment of studio practice, Irwin undertook an intense examination of painting, reconsidering the premise of art and art-making. He developed his craft, honing his technique while investigating the properties of different materials and the structure of his work, even down to the physical construction of his stretchers. The current exhibition at the Hirshhorn Museum and Sculpture Garden looks at the works Irwin produced during these 12 years, from 1958 to 1970. These rarely exhibited pieces are installed in a succession of way stations that follow Irwin’s methodical process as he moved through different series of works, exploring questions surrounding perception.

Like many artists who cut their teeth in the 40s and 50s, Irwin was inspired by the abstract expressionists. Though his admiration for this style never waned, he found himself unhappy with the early work he created in this vein. In 1958, he made a decisive turn away from the monumental scale and emotional bravado of abstract expressionism and began to make intimate abstract paintings – some only eight inches square. Importantly, he also wanted to shift the creative focus away from the artist and to the viewer; he became interested in the concept of perception in an expanded sense – in the viewer’s personal, physical encounter with an artwork. With this in mind, Irwin encased his small paintings in thick wooden frames, so that viewers could hold the works in their hands and examine them at close range. At the Hirshhorn, many of these paintings are displayed in vitrines – although they cannot be held, the altered viewing experience is elegantly preserved.

Working on such a small scale also gave Irwin greater control and allowed him to focus more on the handling of the paint. Using brushes ranging from a quarter to one inch thick, he made each painting in a single sitting. While the size and construction of each work expresses an eagerness to accommodate the viewer and facilitate their interaction with the painting, the artist’s labour still has a tactile presence. One wonders how long Irwin worked on each one: the churning gestures convey a sense of spontaneity with paint applied in a frenzy, yet the heavy impasto and laden curves feel arduous, as if the paint were applied painstakingly as he built up layer after layer.

Just two years later, Irwin returned to a larger format, painting a series of works on canvases approximately five and half feet square. Here, the churning gestures have given way to straight lines and tighter compositional arrangements. Known as the “Pickup Stick Paintings”, these works reflect Irwin’s continual questioning of the medium as he honed in on the fundamental basis of a painting. The same attention to material and colours as well as a sense of heaviness remains in these canvases, though the paint is often thickest at the centre, thinning to lightly applied strokes at the edges and corners. Despite their nickname’s association with a children’s game based on the chance arrangement of coloured sticks after they are dropped on the ground, these compositions are carefully considered. It is somewhat ironic that many of them have titles referring to locations near Irwin’s studio in the Ocean Park neighbourhood of Santa Monica because the artist insists that it is through these works that he concluded that the straight line best resists the impulse to identify a composition. It is hard when looking at Pier I (1959) and Pier II (1960-61) not to tilt one’s head and imagine the braced joists that support the underside of a pier, even though the mustard-yellow background and green, red, orange, yellow and blue lines resist this referential reverie.

Straight lines find a clarified purpose in Irwin’s next group of works, known simply as the “Line Paintings”. These pieces are an exploration of Irwin’s conception of what paint could do when pared down to its most elemental parts. Much like the “Dot Paintings” that follow, they call for the visitor to slow down and spend more time looking, moving closer and fading away from the surface of the canvas to register tactile variations and slight imperfections, most evident in a burnt-yellow canvas from 1962-63, now in the Albright-Knox Art Gallery, Buffalo, and an orange one from 1962, now in the Museum of Contemporary Art San Diego. On these monochrome works, the thin straight lines only register on the matching base from the shine of their smooth surface against the more textured ground.

In 1962, Irwin banned photography of his works – a stance he expanded on in a statement published in Artforum in 1965 – insisting that his art had to be witnessed in person. Irwin’s pieces are notoriously hard to photograph, but when encountering the Line and Dot Paintings, his insistence on presence feels more justified. From a distance, a Dot Painting registers as a blank white canvas, but as you approach it, the centre begins to look more grey and then tiny green and red alternating dots appear marching across the surface in straight lines. The dots become dispersed at the edges, heightening the impression that the canvas bulges at the centre, an effect achieved with a specially constructed stretcher.

These convex forms are built on in the “Disk Paintings,” which Irwin says started with the question: “Can I paint a painting that doesn’t begin and end at the edge?” Using a convex aluminium or acrylic disk as a support, Irwin applied a mist of spray paint to the surface while rotating the disk on a lazy Susan. As Irwin’s work became more three-dimensional, space and light became material parts of the whole. Many of the Disk Paintings are lit with spotlights from above and below, which cast complex shadows on the wall behind them. These paintings don’t just push into the realm of three-dimensional object; their relation to space is much closer to that of installation art.

The exhibition concludes with a new site-specific installation, Square the Circle, a swath of white scrim that stretches from floor to ceiling and across the length of one wall. The intervention is so subtle it is easily missed. The straight line of scrim speaks against the curve of the opposing wall and with its quiet presence enacts exactly the type of heightened awareness of one’s body in space that has been the focus of Irwin’s practice for decades, a quest that has its roots in his process of dismantling painting in the 60s. 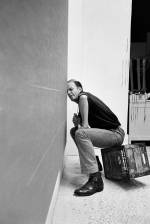 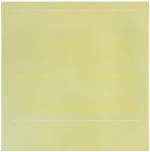 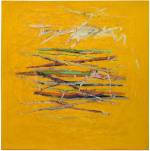 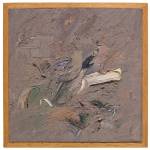 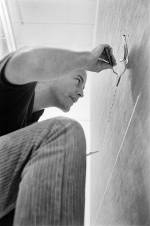 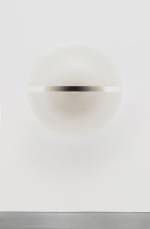 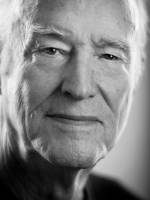 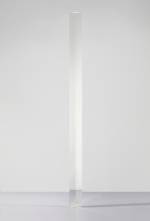