Inverleith House is located at the centre of the Royal Botanic Gardens in Edinburgh. At one time it actually fulfilled the role of the city's only Gallery of Modern Art, before the National Galleries took over their new building, to be followed additionally by the Dean Gallery. It always had the ambience, with its compact Georgian mansion, of a 'Cabinet' for art. Now, under the aegis of the National Galleries, it accommodates small and specialised thematic exhibitions, and makes an excellent venue. Shoehorned cleverly into its seven rooms on two floors, Richard Hamilton's protest pictures have found a provocatively gentrified home, replete with the true spirit of the Enlightenment now in its bare but well-proportioned rooms. The exhibition reviews Hamilton's long-term engagement with the art of protest, and so with four decades in which he has turned his consummate artistic skill to the higher purpose of troubled times. In these 40 or so works, the curators have grouped them according to thematic headings, 'Swingeing London', 'Drop the Charges', 'Treatment Room', 'The Troubles', 'Finn MacCool', 'Kent State' and 'WMD'.

Richard Hamilton (b. 1922) has been called the 'father of Pop' but would not himself lay claim to this primacy, any more than his friend, the late Eduardo Paolozzi (d. 2005). But together they formed the fulcrum of what became known as the Independent Group, a vital element in the development of British contemporary art away from the cosy smoke-filled rooms (and pubs) of 1950s London. Both Hamilton (in his famous work 'Just what is it that makes today's homes so different, so appealing?' [1956]) and Paolozzi were deadly critical of the emergent consumer society and yet enamoured with the rich detritus it created. However, when Hamilton had interviewed Paolozzi1,2 in 1964, the focus was not so much about art in protest, as 'language in art', replete as always however with Paolozzi's sense of irony in all subject material, then and later. Protest as such raised its head dramatically, in the Tate Gallery retrospective (1971), with good reason, alienating the bemused curatorial staff in the process of destroying as much as creating works.

Hamilton's famous painting 'Portrait of Hugh Gaitskell as a Famous Monster of Filmland' (1964) represented a political subject as satirically as could be. Hamilton parodied here the prevalent image that Gaitskell offered to the public (still as Labour leader at the time) with a far more sinister, filmic image. This work, in this exhibition, is smaller than many would remember, and yet is entirely brilliant. In 1967 there emerged from Hamilton's studio (1968-69) 'Swingeing London 1967', a comment on the severe judgment passed at the time on his friend, gallery owner Robert Fraser, and popstar Mick Jagger, for possession of drugs. This was more than ironic, and powerful criticism of the mores of the times. As with Gaitskell, Hamilton produced several images of the work. But Hamilton was now to be deeply shocked by the violence of the Kent State (1970) shooting of student protestors by Ohio National Guardsmen, well covered in Room 6.

Dealing with Thatcherism was a preoccupation of Hamilton in the early l980s and the sequence of movement from Room 3 (Treatment Room), with its subjects as (1) The subject; (2) The Citizen, 1982-83; and (3) The State, 1993, integrates an intrusive aura of political violence with Room 4 (The Troubles). However, perhaps the highpoint of the whole show, and also a climax, is 'Shock and Awe' (2007-08), an alarming representation of the perpetrator of the 'Gulf War', also the leader of 'New Labour'. At 86, Hamilton has lost neither his creative technique and talent, nor his skill in focusing on a particular subject of concern. Blair emerges as a Roy Rogers/Reaganesque figure (minus horse), set against a background of battle-torn, smoke-ridden desert, with child-like pudgy hands grasping uncertainly, a symmetrically holstered pair of six-shooters. It is not a picture of success, nor even of confidence. The expression is apprehensive of things to come.

In a recent review3 the critic and historian Hal Foster (who also contributed a valuable critique/introduction on Hamilton in this exhibition catalogue) draws our attention to 'Pop history painting', almost as an oxymoron. He places Hamilton in a distinguished company, including Warhol's race riot screen prints and Gerhard Richter's Baader-Meinhof canvases. He claims that 'the powerful iconicity of Hamilton's "Protest Pictures" places them all together'. As Eduardo Paolozzi said, and as Foster also claims, 'History is Bunk' (as Henry Ford had claimed). Foster also suggests that a critical form of Pop now remains an excellent way to debunk it. That surely is clear today, four decades later. Today, the field of survivors is diminishing, with Ron Kitaj, Sandy Wilson and Eduardo Paolozzi all gone. However, this contemporary genre of History Painting can run and run. This exhibition comes as an exemplary contemporary event within the 2008 Edinburgh Festival. 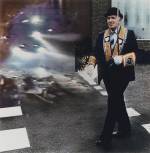 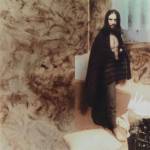 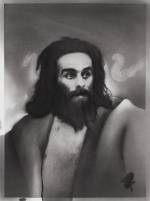 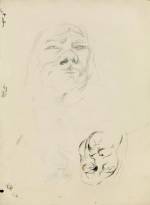 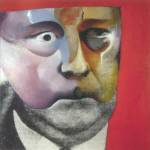 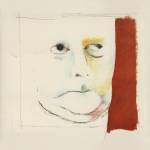 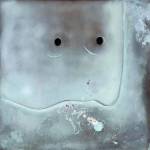 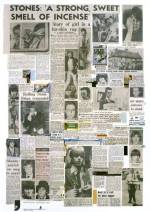 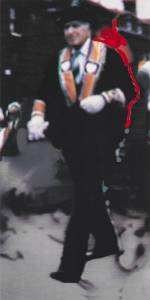