Rana Begum: 'I love using readymade materials in the work'

Rana Begum: ‘I love using readymade materials in the work’

Studio International visited Rana Begum in her studio in north-east London to talk to her about her creative process, and the works she has prepared for her first solo UK exhibition at Parasol unit foundation for contemporary art

Fascinated by readymade objects sourced from various locations, Rana Begum builds works that play with light, colour and form. Begum “started off as a representational artist”, but then realised that was not a path she wanted to go down. She became very interested in works by artists such as Agnes Martin and Sol LeWitt, which inspired her to look at her own work differently, dissecting it into its component parts – form, colour and line – “all things that can be investigated on their own”.

This began Begum’s investigation into how light might change a form throughout the day, and this in turn fuelled her love of colour. Believing herself not to be “very good at mixing colours”, Begum began her exploration into colour by using the coloured adhesive tape already in her studio, which, she says “gave me a readymade palette”. Her objects shift from two-dimensional into sculptural through colour, that could be said to visually hum with reflection and glow. These pieces play games with interpretation and reception and, although Begum is quick to tell us that she doesn’t like the term “optical illusion” in relation to her work, she does like the idea of a visual surprise. 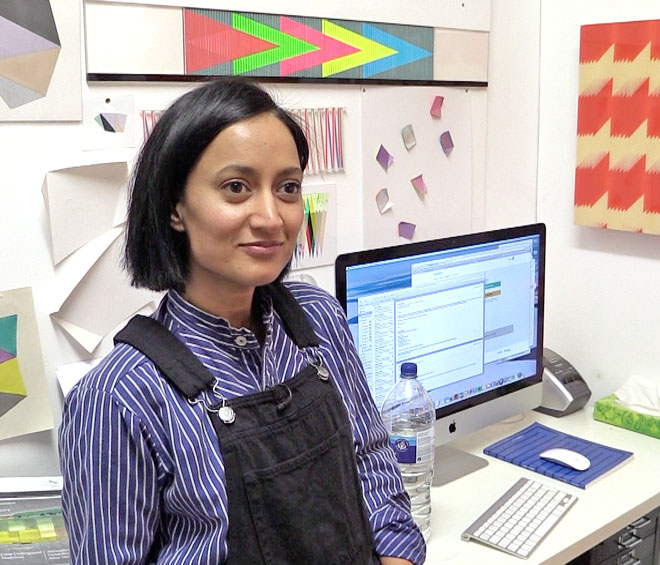