Christine Rebet– interview: ‘Animation is perfect for critique: it is a minor medium, it’s not film; like drawing is not painting’

Christine Rebet – interview: ‘Animation is perfect for critique: it is a minor medium, it’s not film; like drawing is not painting’

Studio International spoke to Rebet at the opening of Time Levitation, her first solo show in the UK, at Parasol unit, London

Christine Rebet (b1971, Lyon) has been working primarily with hand-drawn animation since 2002, when she secured a grant to visit Berlin and spend time with a team of former East German animators. They taught her how to animate in 35mm, a pre-digital technique that she has stayed faithful to ever since, preferring this medium’s expressive, anarchic potential, as well as its roots in social critique.

For her first solo London show, she has gathered six films that explore the traumas of personal and collective histories, and how propaganda, and the seductions and gratifications of easily consumed media, impact negatively on our identities as well as our environment. 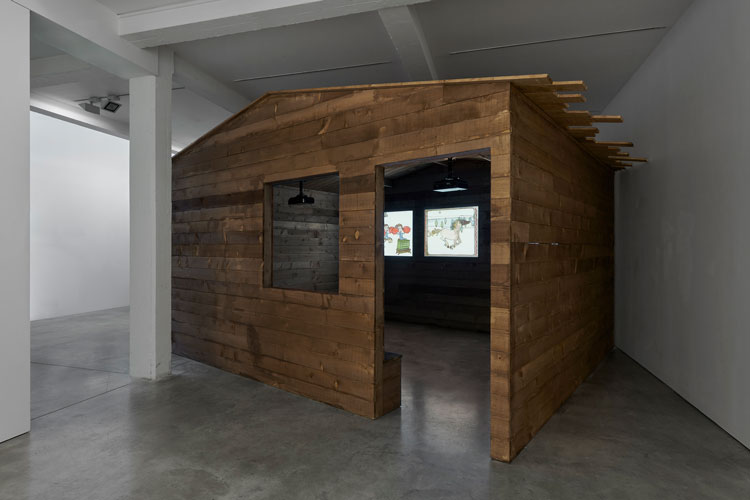 Unique viewing environments have been created for each piece within the two-storey gallery space. The first, Brand Band News (2005), is screened in a log cabin, and was featured in Rebet’s first UK group show, also at Parasol Unit (Momentary Momentum: Animated Drawings, 2007). A narrative that evokes the early days of animation and musical cartoons, “BBN”, as Rebet calls it, explores renewal and the quest for identity. It is accompanied by the song Bullet Sisters, which was written by Rebet and her brother. “I wanted to tell stories in a single song,” she says. “The soundtrack was the narration. (Now) I use text and a narrator, so it’s a bit different. But music is still very important. Sound is important.” 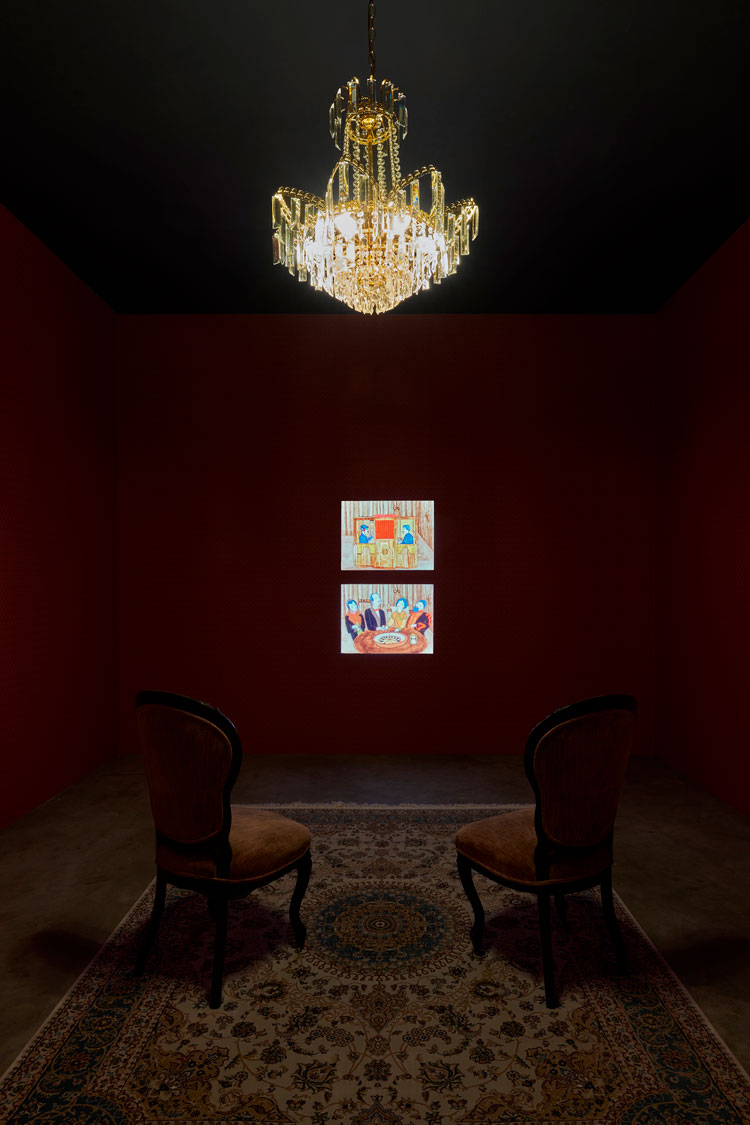 A 19th-century parlour, complete with chandelier, richly coloured wallpaper and velvet-upholstered chairs is the setting for The Black Cabinet (2007), a two-screen animation exploring themes of trickery, illusion and propaganda, through a cast of characters who are attempting to conjure spirits during a séance. 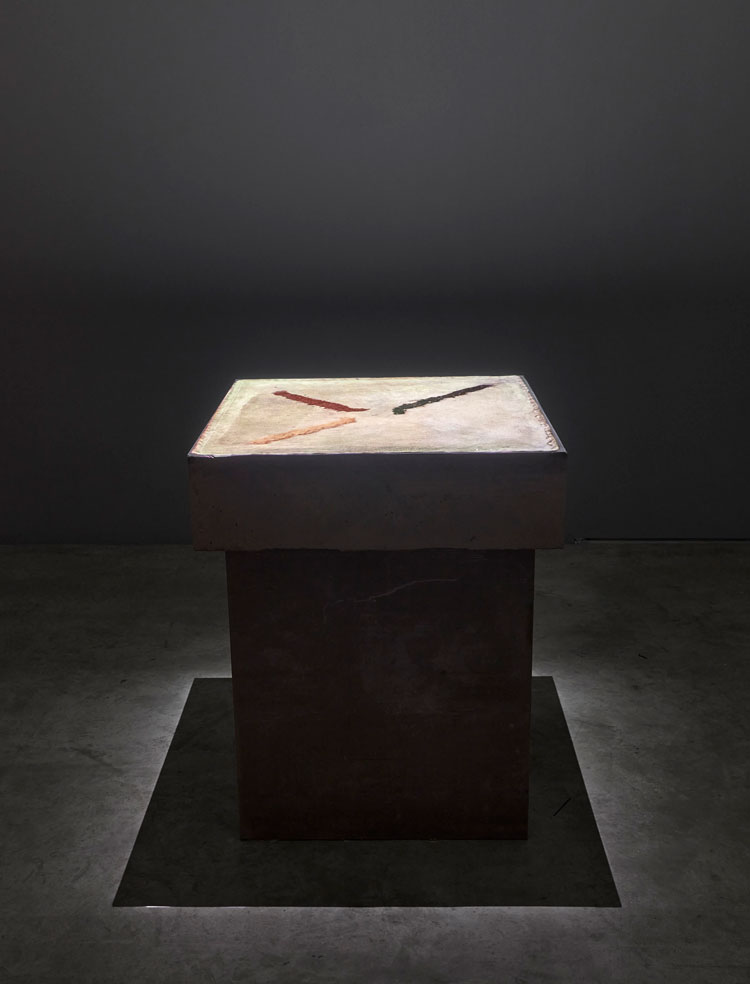 A sculptural installation, The Square (2011), was created in response to the collective protests arising in public squares during 2011, most notably in Egypt. Evoking Samuel Beckett’s four-person geometric ballet, Quad, Rebet choreographs four elements made of powdered wood, metal, plaster and clay, to represent the materials of which cities are made and diverse elements within the population, whose movements – finding their own routes within the square – help to destabilise the prevailing regime. 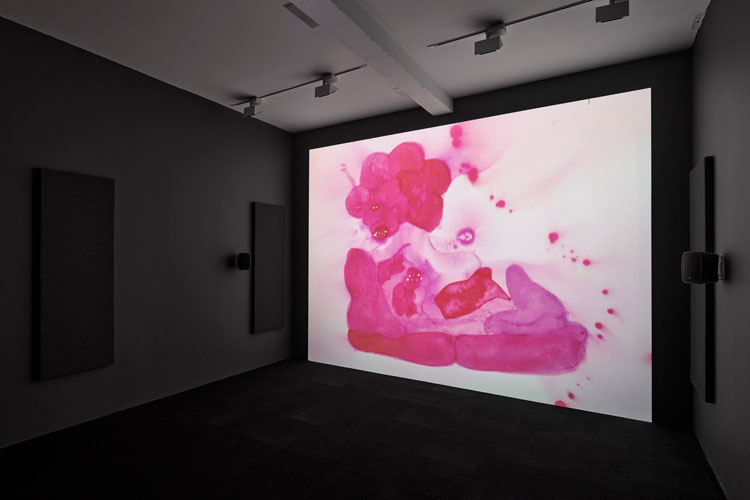 After moving to New York, Rebet dropped animation in 2008 to experiment with performance, sculpture and film, but her passion for the form reignited when she returned to France in 2012 and saw, with the eyes of the newly returned, how little the country of her birth had processed the wounds and legacies of its colonial past. Rebet’s father served in the Algerian war and that experience was traumatic for him – especially a period of sickness, where he endured typhoid-induced hallucinations. This story of her father informs the film In the Soldier’s Head (2015), where her hand drawings are slowly submerged in water to cause hallucinatory transformations. 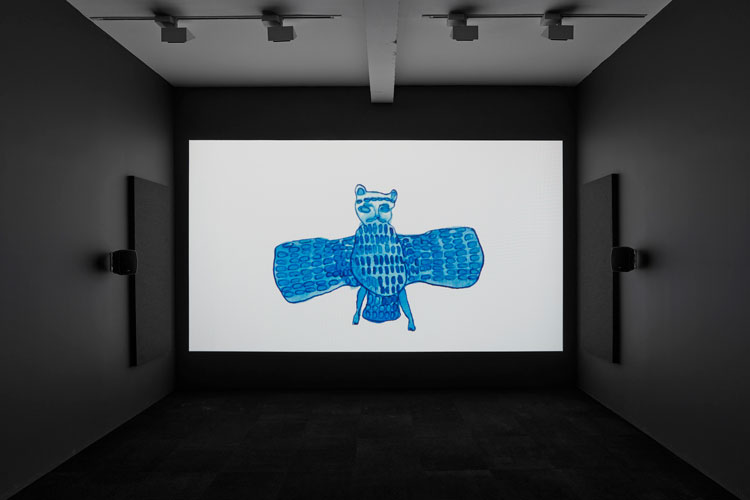 Thunderbird (2018) was inspired by the legend of a temple commissioned by the Sumerian ruler Gudea, after he was visited by the god Ningirsu and his avatar the Thunderbird – a magical creature, part-bird and part-lion. For this film, Rebet collaborated with – and included some serendipitous finds of – archaeologists working in the Middle East to restore or preserve ancient treasures destroyed in recent conflicts. 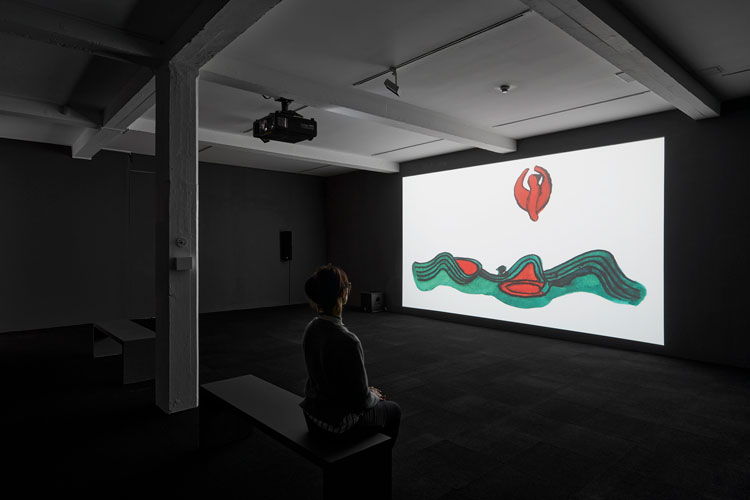 Upstairs, on the first floor, is the newest work, Breathe In, Breathe Out (2019), commissioned by the Fondation Cartier pour l’Art Contemporain, Paris, for its Nomadic Nights exhibition, Trees, last year. It was inspired by Rebet’s recent travels to northern Thailand and follows the path of a monk journeying down a mountain. In Rebet’s film, he encounters animals and plants who transform into architectural and mythical forms, to evoke the natural devastation that is diminishing the life and vitality of our planet.

For Rebet, the painstaking journey of animation is very much part of the process. “It takes lots of patience for months and months, to be with your mind and be really close to your subject, and to go through a journey in the mind. It’s a very psychological experience: the subject is layers down, you excavate.”

Now based in New York, Rebet received her MFA from Columbia University, having studied for a BA in theatre design at Central Saint Martins School of Art and Design, London.  Paysage Fautif at the Bureau Gallery in 2015 was her first solo show in New York. She has exhibited and performed internationally, and her work is in the collections of the Centre Georges Pompidou, Paris, the Musée d’art Contemporain du Val-de-Marne and Kadist Paris and San Francisco. 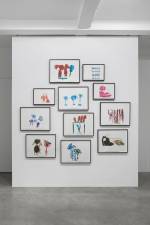