The exhibition is set across the two Max Hetzler galleries in Berlin and Paris. At the Berlin gallery, in a high-ceilinged office lined with books arranged in alphabetical order, I sat down with curators Bounakoff and Gallais and artists Tursic and Mille to discuss the show.

Used as a tool for painters throughout art history, “the grid”, now defined by the terms raster, bitmap and halftone, continues to play a central role in contemporary art. Works in the exhibition swing between the dimension of the screen and reality through artistic processes from Google image search, Photoshop and Excel, to printing, weaving and sculpture. Raedecker’s Replica (2009) represents the grid as a constructive device, where a handmade and intricately irregular image emerges from a rigid linear structure. Houck’s three works from the Aggregates series (2014) experiment with process, working graphically inside the screen, printing in 2D, then creasing and photographing, adding further dimensions of existence to his work. Although varied in medium, the works in the show maintain a clear aesthetic, often linear and often summarised, with elements taken from both digital and manual worlds. Almond, an artist who works in computer-editing landscapes and outdoor locations, places a photograph of blossom inside a grid in Sakura Chart # 0.06 (2006). The image continues to translate outside its frame where it is summarised by blocks of colour, reduced to the most binary of suggestions.

The curators take an interest in the many portals of understanding that the grid can offer – such as uniformity, division and precision – yet also focus on what the role of the artist is in interfering with these processes. The artist acts as an oxymoron to the grid in instances such as Elrod’s Filament 2 (2014), where an indistinguishable blur of black and white brings a heightened sense of confusion to our biologically programmed eye, referring to a point where computerised and human logic collide.

Bounakoff and Gallais explain the origins of the show. “The original idea for the exhibition came from an article I wrote about two years back, about raster,” says Bounakoff. “It included artists who work with splitting their images into dots and pixels. The article was about a very bad exhibition in Stuttgart in 2012 called Rasterfahndung. We thought we should do this exhibition right,” Gallais continues. “We saw lots of shows about the grid in the history of art, and none of those shows went into what the computer has changed. The show is built with 12 artists and we have two spaces in Paris and Berlin. We found a good combination, where lots of the artists are showing in both spaces with similar works from the same series. There is a nice echo between the two exhibitions. For example, here in Berlin, we have a big tapestry by Nuur, and in Paris we have a big carpet by Christopher Wool. We realised that the weaving processes of the loom and the carpet tradition are also similar to the raster pixel.”

Tursic and Mille’s works in the exhibition begin with a digital image, which is transformed by manual processes using paint and completed finally by the laying of a grid, which is painted as a stencil or printed. Mille explains: “We really liked this project because we also had this idea about the raster and how everything is made in an anatomical way: every little dot became something, and we liked that. Our process is very painterly. We like that you don’t see immediately what the subject of the painting is, but you can see it through the grid.

“On the other hand, we use a video projector a lot. In Paris, we used a picture of a painting that was white with this flash of light. The picture was originally a landscape from New York, but now you have a black painting with a frame of lines and just light at the centre of the painting. It’s like Monet’s Soleil Levant (1873), but you have another landscape just due to the failure of the machine. It’s a kind of joke, and it’s a strange painting, even for us. First, it was abstract, then a landscape and then, finally, the grid. We like to disturb the view, and that’s the principal act. The eye interacts with the painting, frontally and also in a more complicated way.”

Tursic and Mille’s process, therefore, adds much more to the image than could be done digitally, and it is this manual process that is more important, explains Tursic. “We work in the studio on a lot of things at the same time. We look and the work changes and grows. We try to make what we are thinking visible.” From a curatorial perspective, Bounakoff adds: “This is something we were very interested in – the fact that these machines work perfectly, and the position of the artist is to look for the failure because the process itself is just too rigid. If you look at the works in the show, very often they have this interference, a moment where the artist will interfere with the way the digital process works so smoothly.”

Within their works on show in Berlin, the titles das UFO (2014) and Two Squirrels (2012) are descriptive of Tursic and Mille’s original subject matter, which is abstracted by layers of process. They are adamant that the subjects are astoundingly obvious, yet I am perplexed and the grid dominates as my eye vaguely uncovers an arched back and the eye of a squirrel in profile. Continuing with the theme of eroticism established in previous photographic works by the pair, Mille tells me about the source image for Two Squirrels. “We found the image on the internet. It’s a photograph from the 1970s, when there was this candid and bucolic vision of porn, which was actually at the same time as Pop Art, so maybe Pop also influenced us to this place, and this return to a bucolic time before the industry of making pictures began.”

The grid used by Tursic and Mille is not strictly linear, but has slightly curved divisions. “You can buy this grid in any bricolage shop,” says Mille. “It’s a metallic grid to put in front of the fireplace, which we have used as a stencil or a stamp in our practice since 2011. We like that it gives a raster, but the wrong raster – it doesn’t go anywhere.” Gallais adds: “If you look very closely, the grid is made from crosses and dots. For a computer, it’s useless because it would produce unreadable bitmap. It lets some things through, but not everything. It divides and allows you to take the elements apart and combine them, but at the same time destroys the possibility of something continuous.”

We discuss the importance of information and whether a loss is perhaps a conceptual gain. “I think it’s a way of putting things in the right place,” says Mille. “The visualisation of a concept is a way of work.” Bounakoff adds: “I think this is something very obvious in Wilfried and Ida’s work. There is a sense of loss where you are desperately trying to focus and see the two squirrels, then you lose the immediate possibility to read the image, but you gain this whole process in your mind of wondering why you can’t see it, why you want to see it, and why you should and shouldn’t see it! Suddenly, the object, that was once an image on the internet that you could have clicked on the screen, next, next, next, talks to you and can make you feel a little bit uneasy.”

This exhibition is a balanced response to artistic expressions of the computer-generated grid, which has changed our visual expectations of art and perception. When Mille uses the word “anatomical” to describe these digital processes, in one way he aligns our human biology with computer science. Yet as Tursic explains, the essence of being an artist is to think conceptually and creatively without programmed intelligence. Although a computer can try to simulate this, like setting a test to prove that we are human, it sets a test that it knows it cannot read. The curators successfully present this collision through the works, representing the continuing battle between brain cells and data cells. 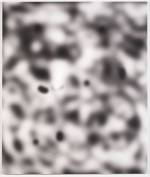 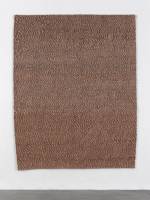 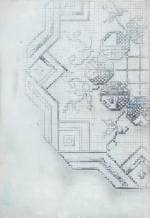 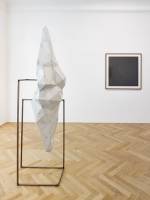