This retrospective of the work of American photographer and film-maker Paul Strand spans six decades of his career, including his candid street portraits, films and artist’s books

Paul Strand (1890-1976) was introduced to photography as a teenager growing up in New York City. A student at the Ethical Cultural School, he took a photography class with the noted social documentarian Lewis Hine (1874-1940). Hine also encouraged his students to see exhibitions at Alfred Stieglitz’s gallery 291, where Strand first encountered pictorialism and later modernist abstraction. This touring retrospective, currently on view at the Philadelphia Museum of Art, spans six decades of Strand’s career, from his early pictorialist photographs, through to his abstract compositions, films and the artists' books to which he devoted the majority of his time at the end of his career. As Strand travelled and matured, his photography practice developed, but it is striking how much the lessons he learned as a teenager remain present in his work. Throughout his career, it is apparent that he saw photography as a tool for social justice, a medium able to reveal deeper truths, and that he believed photography was an art form in its own right, most apparent in his keen aesthetic eye and carefully composed and executed shots (and prints).

The retrospective is arranged chronologically and the first images on view were taken by Strand while in his early 20s. In Overlooking Harbor, New York (1916), tugboats spout tufts of white smoke that billow in the air above the harbour. But what is most interesting about this print is the way we can see Strand experimenting with framing. The dark shapes along the left side and bottom of the print make us aware of Strand’s own position in taking the photograph: we not only see the harbour scene below, but the borders of perhaps a window that Strand looked through when taking the photograph.

In 1916, around the same time that Strand began experimenting with abstraction in his photographs, he started to take furtive pictures of working-class people on the street. He mainly worked in lower Manhattan and focused on elderly members of the communities there. Looking at these images, one is struck by how they have the same sense of vibrancy as the images of New York captured by Garry Winogrand (1928-84) nearly 50 years later.

In Blind Woman, New York (1916), one of Strand’s most celebrated photographs, an elderly woman, dressed in black with a scarf over her head and a large sign hung around her neck reading “BLIND”, seems to stare sightless out of the picture to the right. Even if she does not meet our gaze, the woman seems strikingly aware that she is being watched. The image is tightly cropped to reveal only her head and upper torso and a section of stonewall behind her: we can glean nothing about her beyond her blindness. Strand intended his portraits taken on the street to be anonymous and, although he photographed his subjects at close range, he attached a false lens to the side of the camera and concealed the real lens in the crook of his coat sleeve. More than many of the other street portraits, here Strand’s actions are those of a voyeur, an act we become complicit in when looking at the photograph.

In 1921, Strand collaborated with the painter and photographer Charles Sheeler (1883-1965) on his first film, Manhatta, which reflects their shared interest in using abstraction to represent the modern metropolis. Unlike later European “city symphonies”, the pace is slow and it is notable that the steamboats and harbour traffic define the rhythm of Manhattan as much as the streetcars and trains. But architecture and construction are the real stars here, with their contours backlit for dramatic effect or used both to obscure and frame the vertiginous view from the top of a skyscraper to the streets below.

In 1922, Strand married Rebecca Salsbury, a fellow Ethical Culture School graduate. In the summers of 1927 and 1928, the couple visited the sculptor Gaston Lachaise and his wife, Isabel, on the coast of Maine. Using an 8 x 10 inch view camera, Strand made intricate nature studies, capturing pieces of driftwood or dewdrops on the forest floor. He exposed his negatives for several minutes, using only natural light to fix the images on the plates. The detail in the resulting prints is astonishing: the surface texture reads like abstract forms and lines but this impression quickly recedes as the clarity and precision of the photographs seem to make the images pulsate with life.

What is even more astonishing is how these nature studies can be seen to influence the cinematography in Strand’s films from the 30s and 40s. In Native Land (1942), a movie that chronicles the violation of civil liberties and union-busting efforts in the United States in the 1930s through dramatic reenactment, every blade of the tall grass is visible as the Arkansas sharecroppers run for their lives. These tiny visual details are more pronounced after seeing the early prints from Maine, and it is intriguing to see how Strand developed his visual aesthetic and was able to translate it for dramatic effect in projects that were driven by his increasing engagement in leftist politics. The verisimilitude of the grass, the foliage and the reflections on the water adds immediacy to the scene and the tragedy that unfolds.

Strand’s films are a highlight of the exhibition, but sadly they received only tepid reception while he was alive, and in 1943, he returned to still photography. Yet the collaborative aspect of filmmaking and an interest in narrative would define the artist’s projects for the next 20 years, as he devoted himself increasingly to producing photo books that paired images with essays. Strand’s first book, Time in New England (1950), encompasses landscapes, portraits and architectural studies. In Window, Slab Hollow, Vermont, taken in 1943, the aesthetic Strand fostered photographing the modern metropolis is turned to vernacular architecture. An interest in material and texture remains, as the sharp, straight lines of the windowpanes are contrasted with the bulbous jars that line the windowsill. There is a tenderness balanced with sadness and respect in the precisely captured peeling paint and the weathered texture of the wooden clapboard siding of the house.

In 1950, Strand relocated to France and he would spend the rest of his life outside the United States. Sympathetic to communist ideas, the artist left as anti-communist sentiments grew. Declassified intelligence files, now at the Center for Creative Photography at the University of Arizona, reveal that Strand’s movements around Europe were closely monitored by the security services. Along with photographs of his garden in France, the exhibition includes images published in Un Paese: Portrait of an Italian Village (1955), a book based on Luzzara, a village recovering at that time from the ravages of war and fascism.

In 1963, Strand was invited to Ghana at the invitation of Kwame Nkrumah, its first president following the end of British rule. The photographs the artist made there were later published in Ghana: An African Portrait (1976). Strand was excited at taking images of a new democracy, but when he arrived he was captivated by the marked regional and ethnic differences of the area.

Strand’s work from the 50s and 60s is much less studied and known than his early New York pictures, but this exhibition showcases the full breadth of the artist’s late work and adds greater depth to our knowledge of an artist we thought we already knew so well. 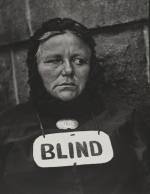 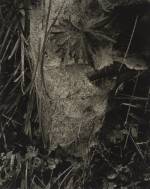 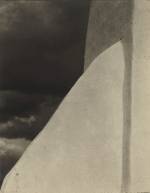 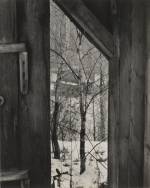