This exhibition is named after that vast supercontinent that once contained all land on Earth before it began to break apart 200m years ago. But this is not an impossibly ambitious exhibition of world art, as the name might suggest, rather a showcase of several choice artists from Africa and South America.

Pangaea opens with Rafael Gómezbarros’s Casa Tomada, an impressive installation that in many ways provides the key to the rest of the exhibition. The walls of this first room are crawling with giant ants, each one half a metre long. Arranged convincingly to suggest movement, they collect in the far corner of the room, a dark tangle of brown bodies and legs. The segments of each individual ant are cast from human skulls. On closer inspection this macabre detail becomes clear, but the faces remain elusive. These are faceless skulls, making up anonymous ants – a comment on the thousands of immigrants who cross the globe fleeing violence and hardship. Gómezbarros, a Colombian artist, relates his work to the causalities of armed conflicts that have torn through his country over the past half century. He told me that the colours of the ants are taken from the various soils of Colombia and reflect the skin tones of the people in those regions.

I approached Pangaea nervous that the exhibition might serve to lump together varied and diverse cultures into some sort of amalgamated “other”, so I asked Gómezbarros how he felt about the implied comparisons this exhibition draws between two vast and diverse continents. He told me that there are artistic similarities; the rawness of the materials and the energy behind the works; also certain themes are shared, he said, between the African and South American artists.

I asked David Koloane the same question. Koloane, now in his 70s, has been a major figure on the South African art scene for decades and has provided spaces to black artists since apartheid. Apartheid, he has said, “was a politics of space more than anything … claiming art is also reclaiming space”. He told me that he liked the international aspect of Pangaea and felt that such exhibitions helped to break down barriers.

Koloane’s work is rooted in place and experience. His mixed-media pieces depict the environment of his native Johannesburg with an expressive urgency that sees people and buildings virtually vibrating on the paper. The Night Has a Thousand Eyes, rendered in sickly pinks and purples, seems to present the viewer with the threatening claustrophobia of urban life. A group of feral dogs with glowing yellow eyes scavenge under a full moon, flanked by churchgoers who pick their way through the dark. Dogs are a recurring motif in Koloane’s work, symbols of greed and oppression.

Not all of the pieces in Pangaea hit the mark, and some of the exhibition guide’s descriptions are mind-boggling. We are told that the subjects of the abstract painter José Lerma, “become monumental silhouettes of baroque effigies”, whatever that may mean. And the “pink military parachutes” used by Lerma are described as “household objects”. While some of the accompanying text may be more surreal than the work it is describing, there are several pieces in this exhibition that speak for themselves.

Leonce Raphael Agbodjélou’s photographs are both captivating and haunting. His Demoiselles de Porto-Novo series focuses on young women within his hometown in Benin. The girls in the series are often bare-breasted and wear ceremonial or Vodun masks that obscure their faces. They stand in the rooms of a grand colonial house, built by the artist’s grandfather, who made his fortune selling lemonade to the Portuguese and French armies in the late-19th century. The title, together with the angular, abstracted faces of the masks, may bring to mind Picasso’s Les Demoiselles d’Avignon. Picasso famously appropriated African forms in his paintings and, for the student of western art, the photographs may take on some Picasso-esque connotations. But these images are part of a different artistic and historical tradition, rooted in an Afro-Brazilian culture with origins in the slave trade. These women are anonymous individuals, their identities decipherable only through a complex mixture of historical and contemporary clues. Their bodies are alive and of the now, but their environment recalls the past; their masks rooted in tradition.

Colonialism, migration and conflict are recurring themes in this exhibition, but trade, too, finds a voice in Ibrahim Mahama’s untitled installation. Worn jute sacks, initially imported by the Ghana Cocoa Board, carpet the walls with monumental theatricality. They have been used and reused and bear the marks of their past lives, speaking of a global market of commerce and exchange. Like Gómezbarros’s ants, Mahama’s fabric installations are often displayed outside, adorning buildings and marketplaces. It would have been an impressive sight to see either of these artists’ works installed on the facade of the Saatchi Gallery, although the British weather might have made this an unrealistic proposition.

Traditionally, art history leads us to believe that art begins and ends in Europe. Art from anywhere but Europe and America has historically found its home in museums or ethnographic collections, rather than major galleries. But the globalised nature of the art world, and, indeed, culture at large, has seen a more outward looking art market keen to embrace new and truly innovative works by artists from around the globe. This latest exhibition at the Saatchi Gallery should be commended for bringing artists, many of whom are advanced in their careers and well respected at home, to a London audience. Let’s hope that this is only the beginning. 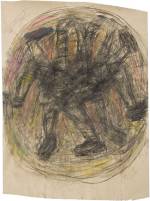 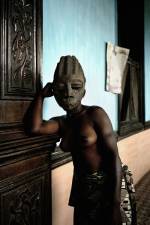 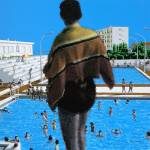