Naeem Mohaiemen: It is Not Necessary to Understand Everything

Naeem Mohaiemen: It is Not Necessary to Understand Everything 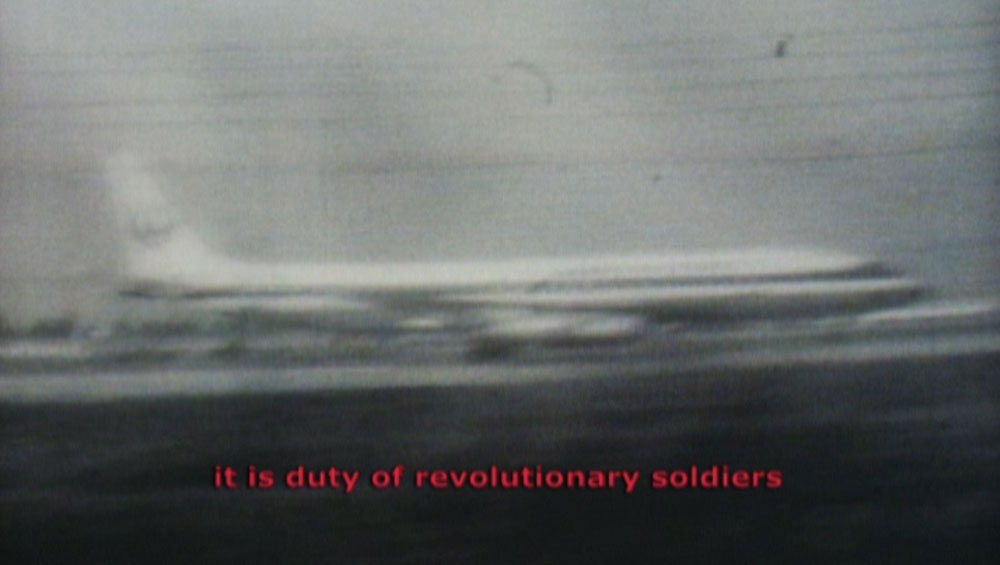 From a parking-facility-cum-arts-centre in the Stockholm suburb of Tensta, Naeem Mohaiemen’s 2011 film, United Red Army, takes us to Bangladesh in 1977 when, as a child, he sat in front of the TV watching news footage of a plane hijacked by the Japanese United Red Army landing in Dhaka. The drama that unfolds is worthy of Hollywood: “We hurt bourgeois people. It’s the duty of revolutionary soldiers,” the hijacker known as Dankesu says, as he announces that they will begin executing the passengers. “This is no solution,” the airforce commander, Mahmood, says pleadingly, before shouting desperate orders at the control room to: “Go and bloody well stop that plane!” The screen is black, all we hear is their mediated tinny voices as the words appear on screen. But the eight-year-old Mohaiemen would not have heard even this. He was just watching the flickering image of the plane, waiting for his favourite show, The Zoo Gang, to come back on TV.

United Red Army is the first in a trilogy of films titled The Young Man Was, the final of which, Last Man in Dhaka Central, premiered at the 56th Venice Biennale in 2015. In this series Mohaiemen weaves together varied and geographically disparate efforts and failures of the 1970s militant left with stories related to his personal experience. The young man implied is at once Mohaiemen himself, always somehow present in the work, and a more generic young man (or woman): the idealist, the fighter, the revolutionary. In a conversation with Konsthall director Maria Lind that accompanies the exhibition, Mohaiemen explains that his works on the tragic errors of the left are not instances of “dissecting a corpse”, but rather of opening up “a space for reimagining possibilities” and seeing “twinges of hope”.

Perhaps there is hope, and definitely some humour but, more than anything, we see in the complex matrix of perspectives that makes up United Red Army all easy assumptions about the left and the right, subjective and objective histories collapse into the dizzying interconnectedness of everything.

The narrator calls the aggressions of the far-left a Trojan horse, unwittingly facilitating rightist advancement. This happened with its Bangladeshi fraction, for instance, as it gradually weakened the social-democratic liberationist government only to enable a rightwing military coup in 1975. The Japanese United Red Army probably didn’t know this, thinking, as they did, that they were landing Japanese Airlines flight 472 on leftist soil. Likewise, the 1977 Japan Airlines hijacking, normally considered successful in avoiding collateral damage, actually triggered another attempted military coup in Bangladesh, resulting in the execution of thousands of soldiers. And so surprising lines of causality and kinship emerge to question what is lost in the streamlined telling of political histories.

Structured neatly around the limping exchange between the control tower at Dhaka airport and the plane as the 80-hour negotiations play out, the film presents a single historical document, magnified. But by including its idiosyncratic attachments, it also unravels the self-evidence of any one interpretation. Dwelling in turn on the details of a motley group of passengers and parallel political happenings around the world, by the time the farcical comedy of The Zoo Gangreenters the narrative, the audience, too, might be longing for the simpler ethical layouts of daytime TV.

The exhibition is set in the context of Tensta Konsthall’s multi-year enquiry The Eros Effect: Art, Solidarity Movements and the Struggle for Social Justice, which uses the concept developed by the scholar George Katsiaficas to discuss the emotional aspects of political movements. “The eros effect,” Katsiaficas writes, “does not subscribe to the rational-irrational, nature-civilisation binaries, but believes in the simultaneous existence of both, and in emotion as valuable motor.” Mohaiemen’s video achieves its distinct knowing-yet-curious character precisely through the concurrent presence of incongruous elements. The drama of the hijacking and the comedy of the references to popular culture, but also the mundane humanity that surfaces in the breakdown of communication between the two men: Dankesu asking for medical disinfectant and being offered whiskey; Mahmood attempting a joke, which Dankesu just doesn’t understand. “But that’s OK,” Mahmood says, “it is not necessary to understand everything.”

In dwelling on the irrational – on misunderstandings and failures – Mohaiemen begins to locate the eros effect; new fuel for the leftist movement, different lessons to take from history. Two timelines in separate vitrines trace the developments in Bangladesh from 1968-77, and the history of international hijackings during that time. But sitting there alongside one another, this collection of dates does not have much to tell us about what history has named such an explosive decade. “World violence was not peaking,” Mohaiemen reminds us, “only taking a new route.”