Matisse takes the spotlight this spring at the Pompidou, and the swathes of attendees are this time treated to an extensive show – a leisurely walk through rooms of those famous dancing women, relaxing nudes, fruit bowls and landscapes, in the calm light of the well-lit exhibition hall. Somehow the summery light of outside fills the room – though mainly in the shades captured on Matisse’s grand canvases and scenes of summer and the sublime.

The show, however, is not a Matisse retrospective. Indeed it is not even a very large exhibition, with just 60 paintings and 30 drawings. The Centre Pompidou covers the whole of Matisse’s artistic career, from 1899 to 1952. The major periods are represented in chronological order, from the pointillism he experimented with in the summer of 1904 (with two versions of Luxe, Calme et Volupté, juxtaposed in a unique opportunity for direct comparison) to the aspirational paper cut-outs of the 1950s (including the famous Nu bleu series of 1952). Thèmes et variations series of drawings on paper, can be seen to represent a conceptual culmination of Matisse's working processes. Matisse, Pairs and Series, is thus a most instructive show. From his early work from the 1890s it is possible to see that Matisse considered the canvas as a medium for artistic experimentation, upon which he made life-enhancing works of great beauty and vision, using a range of both exotic and domestic subject matter.

Hilary Spurling’s two-volume biography, Matisse: The Life (2005), concentrated on the fact that he worked and reworked images, making new paintings of the same subject. Matisse's work is often described as harmonious and fluid, with a sense of effortlessness in the creation of each piece. The new exhibition at the Pompidou dispels the extension of that view, that somehow the works came in to existence without a struggle. Indeed, although most Matisse exhibitions reflect his perennial reworking of motifs, yet no exhibition until now has studied the approach in depth. Matisse’s methods were in part, at least, triggered by a quote by one of his artistic mentors, Gustave Courbet: “One ought to be able to recommence a masterpiece at least once in order to be sure that one has not been the plaything of one’s nerves or of chance.” The idee premiere, was his ideal, and he exhausted a subject until he reached a reconciliation of form and idea, often abstracting the earliest version. Notre Dame (1914) (Kunstmuseum Solothurn), is a delicately painted work of the view towards the cathedral from Matisse’s studio on the Quai Saint-Michel. The later version in the collection of MoMA is by contrast highly reductive.

Doubles, repetitions, variations, oppositions – and all the subtle patterns in Matisse’s paintings apparent only in a survey exhibition with an eye for such structural details. We are led to see just how the artist used the same compositions for various canvases – either in pairs or series – and how much of his clever composition can be seen across the collection as well as just within singular frames.

The Pompidou exhibition presents these patterns within a wider chronological framework, giving the show as a whole an interesting narrative of Matisse’s extensive body of work – ultimately a neat and ordered way of taking in such a brilliant collection. Sixty paintings, created over fifty years, are brought together, and after Paris will travel to the Statens Museum for Kunst, Copenhagen from 14 July to 28 October 2012, and then to the Metropolitan Museum of Art in New York from 4 December 2012 to 17 March 2013. 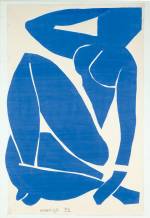 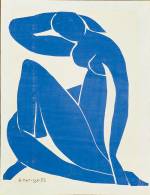