Matisse in the Studio

Matisse in the Studio

This exhibition tells the story of Matisse’s collecting habits, but fails to conjure up the joy of discovery 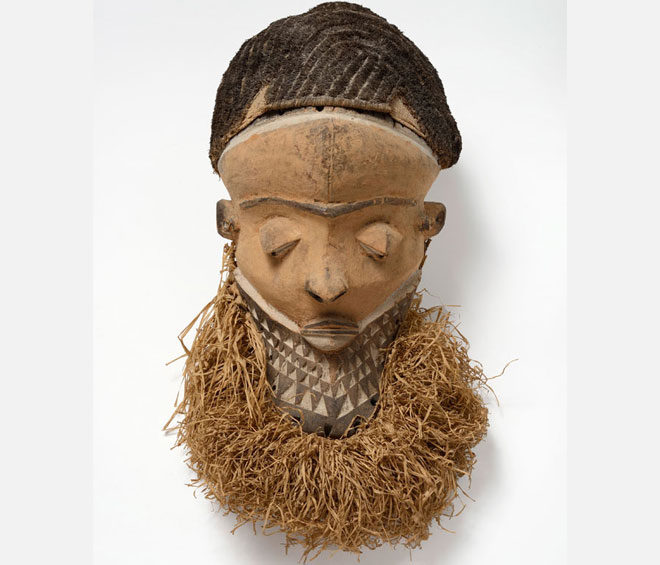 “I have at last found the object for which I’ve been longing for a whole year … I’m obsessed with it.” Henri Matisse (1869-1954) had stumbled on an 18th-century Venetian chair in an antique shop and it delighted him. The seat and back are carved as an open oyster shell and the green painted arms are formed of serpentine dolphins wearing malevolent expressions. Most of the silver gilt has now worn away, but it would have looked splendidly decadent when new. The painting hanging beside it, Rocaille Chair (1947), betrays its appeal to the artist. Matisse revelled in sinuous shapes and incongruous colours, in the joy of fantasy and oceanic themes. This piece of furniture catered for all of these desires. On canvas, the yellowing varnish becomes an ochre hue, the forest-coloured dolphins are saturated a vibrant green and the background of this now almost unrecognisable piece of furniture is a rich blood red. 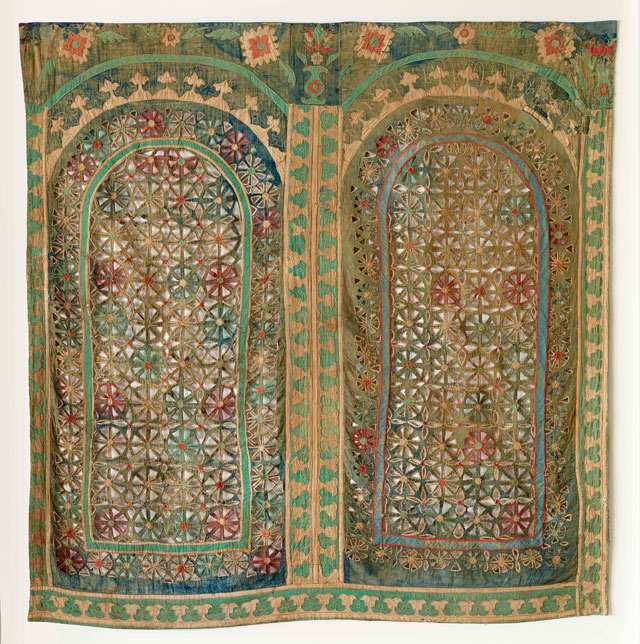 This exhibition is concerned with how such objects, acquired as souvenirs, gifts or impulse buys, influenced Matisse. Here, we are presented with Matisse the collector, Matisse the hoarder. Traditionally the pastime of armchair scholars and grand-tour aristocrats, collecting provided an opportunity to exhibit wealth, erudition and taste. It was also, and still is, the vehicle for personal obsession. But then there is the artist-collector, whose motivations are not bound up in money and status. The artist-collector hoards colours and shapes, patterns, textures and artworks often of little monetary value. Joseph Cornell was one of these; so, too, was Picasso. Rembrandt famously bankrupted himself in the pursuit of acquisition.

This exhibition sets up the objects in Matisse’s collection as actors in his paintings, actors with recurring roles and cameos. Some star, some hang back in the chorus of patterns, but all of them were treasured and transmuted in his work. His taste influenced the items he bought, and the items he bought influenced his art. But this two-way exchange wasn’t a scholarly one. Matisse had little or no anthropological interest in the African masks and Oceanic sculptures he bought at markets and junk shops. Instead, they were devices of inspiration, alternatives to the millennia-old pursuit of realism. In the so-called art primitif, Matisse saw a truth, a rendering of human experience stripped of the artifice of traditional European aesthetic norms, with no regard for the object’s original intention. It was Matisse who introduced Picasso to African masks. 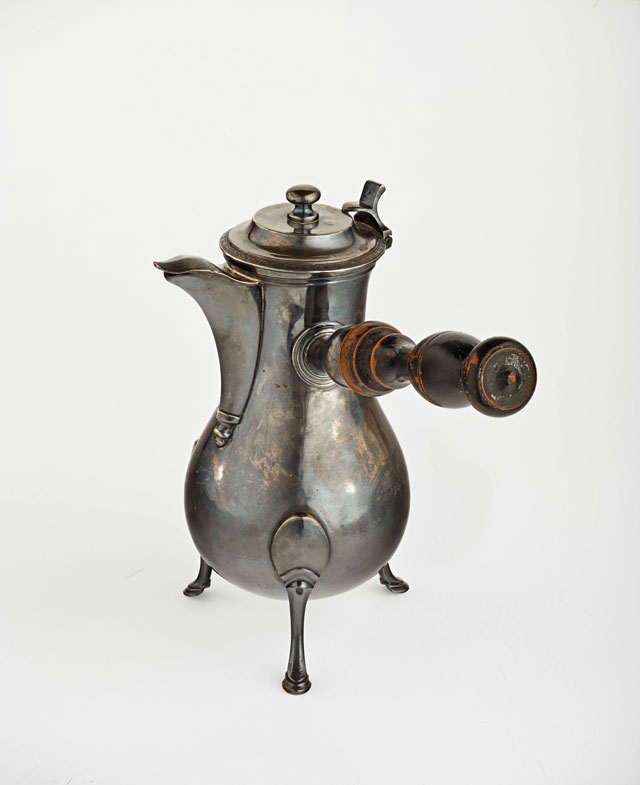 The everyday also held a world of possibilities. Two silver chocolate pots from the artist’s collection sport protruding wooden handles, pear-shaped bases and beaked mouths. The curators present them as perfect examples of anthropomorphism in Matisse’s art. They make several appearances in still lives and sketches – sometimes as shining metallic objects with volume, sometimes as flat, red shapes, but always recognisable by their distinctive outline. A green-blue Andalucian vase with sinuous handles ending at womanly hips furthers the case. It is displayed with a painting, in which it stars, facing out of a shuttered window in an apartment in the south of France. Safrano Roses at the Window (1925) is a study in greens and pinks and the warm diffused light of the Mediterranean.

Towards the end of the exhibition there is a room dedicated to Matisse’s love of north African and near eastern patterns. He collected perforated window hangings designed to filter out the strong sun, which must have cast enticing shadows across tiled floors. Intricately inlaid furniture and patterned fabrics were used for set dressing his studio in Nice as he painted his odalisques – women dressed up (or half-dressed) as members of a harem. In Matisse, the 19th-century fetishisation of the orient lived on with fauvist zeal, and the women, objects and hangings all merge into one flat plane. “For me,” Matisse declared, “the subject of a picture and its background have the same value, or, to put it more clearly … only the pattern is important.”

It is almost impossible to discuss Matisse without mentioning his cut-outs – the joyful paper pictures that were initially composed on the studio walls with the help of assistants. They were partly the product of his immobility – ill health had left him chair-bound and unable to paint – but also owe a debt to nameless artists from thousands of miles away. Here, a lacquered calligraphy panel from China, gifted to the artist by his wife, shines a light on these expressive figures of his last years. The concern with negative space, with measured gesture and symbolism all played a part in his late works and this object pointed Matisse to a world of possibilities. 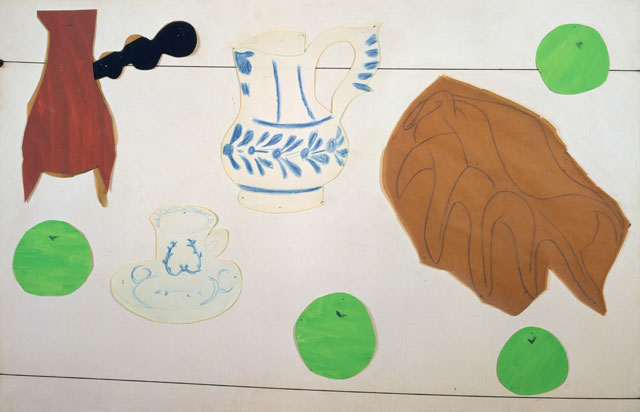 For all the efforts of the curators to bring these objects to life, though, they cannot recreate the sense of discovery that Matisse felt on acquiring his varied collection, nor can it recreate the atmosphere of the atelier, the clutter, the mess and the light of the artist’s studio. For none of these objects existed in isolation. They complimented or fought with each other, they were displayed in homely vitrines, on shelves and tabletops with swathes of fabrics and folding screens and the smell of paint and turpentine lingering in the air. Collecting is partly about discovery as well as display and, sadly, these two important aspects to Matisse’s process cannot be recreated in a museum where sensors beep if you lean too close and glass barriers are immovable. This feels like a scholarly exercise, and, I suspect, will do little to inspire Matisse’s enthusiasm in visitors. 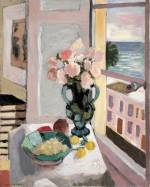 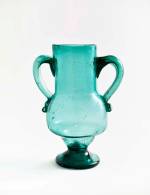 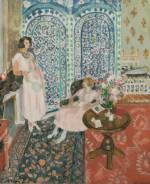 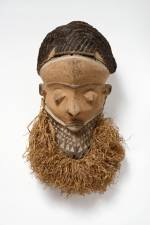